You are here: Home / half marathons / 5 Reasons I’m excited about 2017 ZOOMA Annapolis

This year I hit my 9th year as a blogger. In that time, I’ve run 6 marathons and 62 half marathons. But what you might not know is that prior to starting this blog, I’d only run a small handful of races, with the longest one being the Army 10 Miler (and I could barely walk after it.) I started my blog because I wanted to run the Marine Corps Marathon and Beer Geek was tired of hearing about my training.

That’s right – I decided to run a marathon despite being a newbie runner and never having run past 10 miles. Luckily I gave myself plenty of time to train.

Enter ZOOMA Annapolis. I decided that if I was going to run a marathon, I should probably run a half marathon first. I targeted ZOOMA because it was in the right place in my training plan and in a great location. Despite having a super rough race, it will always hold a special place in my heart and is the reason I return as an Ambassador as often as I can. 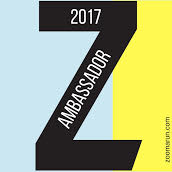 Bonus: ZOOMA is currently running the ZOOMA Run Love Challenge! It’s a training plan/virtual race ending in a 5K or a 10K. It started on Monday, but you can still enter through the weekend. I’m doing it for the Hoodie and the Facebook support group!

[Tweet “Join me at the @ZOOMARun half marathon this spring! #10thyear #ambassador”]

Disclaimer: I am a ZOOMA ambassador and as such get to participate in all of their activities for free. I was not asked to write this post and using my code does not benefit me in any financial manner.

I’m linking up with  Running on Happy and Fairytales and Fitness for Friday 2.0.