You are here: Home / Ramblings / A snake in the shower (and a winner)

No, that’s not some sort of sexual euphemism.  That’s how Beer Geek started his day – by finding a snake in the shower.  We were all thankful it was him and not me (even though it was apparently quite small.)  I would have screamed like a girl and made Jones or Shoo deal with it.  What?  There have to be SOME benefits to having only boys…

And so begins my usual Monday Miscellany…

I tried to write a deep post about 9/11, but realized my emotions were all over the place.  I was 36 weeks pregnant with Jones at the time, I worked for an organization whose NY office was housed in 7 World Trade (the building that fell with no casualties), I live a few miles from the Pentagon, my husband was on a work trip in the middle of the country when it happened.  As I sat here yesterday, listening to various aircraft going over my house, I was unable to wrap my head around my feelings. So, I opted for a moment of silence in honor of those who lost their lives then and for those who continue to fight for our freedoms.

Biking
On the lighter side of things, we did a practice bike yesterday with the boys.  Today we will do our bike commute to school.  Wish me luck.  It’s a bit like trying to herd cats and our streets have a fair amount of traffic.

Speaking of bikes, I have a ton of questions.  Any locals able to recommend a great bike shop to work with? I’ve not been impressed with the ones near my house as they pretty much won’t give me the time of day.  Beer Geek rode to Mad Fox and back yesterday while I took the boys to Sunday school.  I think he needs a real bike (he and I both have hand me down, not in great shape bikes.)  I’d like one as well, but need to see if I continue riding once I can run again.  Also, is there such a thing as a helmet I can put a pony tail in?

Running
I bought some KT tape last week and tried that out yesterday.  The jury is still out on what it did for my run (all one mile of it), but I can tell a difference when I’m walking.  I wore it overnight and for the first time in what feels like forever, I woke up without my ankle being stiff and sore.  Hmm…

I also plan to make an appointment with a chiro ASAP.  Several of my running friends swear by the same guy, so I want to see what he has to say.

Speaking of running, I did run one mile yesterday.  It was mostly pain free, but my achilles was tender afterwards.  I returned to my “roots” and ran in my Mizuno Wave Riders, which were what I wore for my entire training for MCM with zero injuries.  Not sure if that’s the answer, but they felt good yesterday.

And is it considered a brick if the bike and the run are three hours apart? LOL

And the winner of the YMX giveaway is… 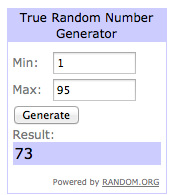 The Jesse!  Check out her blog when you get a chance.  (And Jesse, shoot me an email at mom2shoo at gmail.com so I can get the shirt sent to you.)

Next giveaway coming up tomorrow – socks!!

Now I need to make some lunches, get the bikes out of the garage, and wake up some little boys….