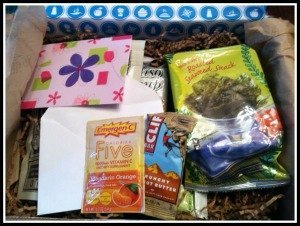 Virginia is hot and stupid humid in the summer.  This is not breaking news.  But this year, Virginia has been kind enough to throw in some low humidity days and some cooler weeks.  For example, last year's end of school picnics were all cut short because of 100* weather and air quality advisories.  This year, we had cold 1st graders when they got wet playing a sponge game at their picnic. But that's ok, Virginia is making up for it now.  This week has been all high 80s to low 90s, with matching humidity.  It's like trying to breathe soup. As you can imagine, my run did not go well yesterday.  It wasn't that hot when I went out at 8am, but the humidity was 96%.  I could.not.breathe.  I planned to run 4-6 miles at an easy pace.  I ran … END_OF_DOCUMENT_TOKEN_TO_BE_REPLACED 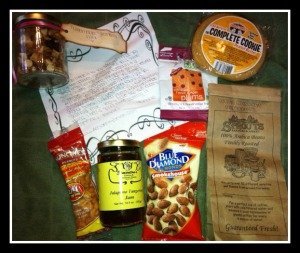 Last week, I committed myself fully to the Nike race.  I handed my children to my parents, I put my "pays the bills" job on hold, and I didn't even pretend that I was going to do any running.  I knew that I would have very little left in me after spending all of 3 days and part of two working on race related activities. I had only two health related goals:  drink as much water as I could manage and eat a fruit or vegetable as often as the opportunity arose.  Except for Saturday where my entire food consumption between 6:00 am and 8:00 pm consisted of one banana, I did a pretty good job.  I was also very active, lifting boxes, moving things, and walking the length of the packet pick up tent somewhere in the ballpark of a million times. … END_OF_DOCUMENT_TOKEN_TO_BE_REPLACED

1. I ran!  3 whole miles!!!  I even sort of followed the rules my chiro gave me.  I felt like I was hyper aware of what was going on with my body, which can be kind of depressing when you feel tons of little twinges and random pains.  Thankfully,  for the most part, my calf was fine.  I had a couple moments of "does my calf feel tight?", but it felt fine.  After I ran my three miles, I walked a fourth with about a quarter mile of running mixed in.  I wanted to see how much I'd need to run to run/walk a 13 minute pace.    After I came home, I foam rolled my calves and my quads and tried not to cry like a baby from all the random hot spots. 2. Some random things: When I foam rolled my calves, I got a full on cramp in my abs.  Seriously … END_OF_DOCUMENT_TOKEN_TO_BE_REPLACED

Have you ever started a run convinced that it's not going to go well?  Ever had a body that is sending signals that it may not be up for the mileage you want?  Have you ever just wished you'd taken up macrame instead of running? Have you ever wondered in January if you'll be too warm in compression socks? That's where my head was yesterday before I ran.  Thanks to my treadmill run, an hour long yoga class, and an extra "just for fun" run, my body was feeling all kinds of tired and creaky on Wednesday before my run.  I honestly couldn't tell if I was just tired and sore or if I was truly risking an injury.  I decided to go ahead and give it a shot.  I used KT Tape on my foot, put on my compression socks (4 pairs is not enough! I run … END_OF_DOCUMENT_TOKEN_TO_BE_REPLACED 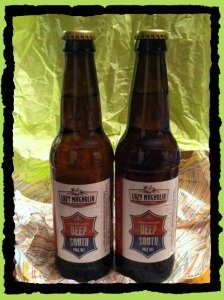 I have to say that I just love love love this program.  It's so amazing to get to try some new stuff that I might have never bought on my own.  I've gotten some absolutely amazing packages so far (and I hope my recipients feel the same way!) This month was outstanding as well.  I got some wonderful stuff from Michelle at Healthy Southern Belle. While I loved every single little thing she sent, if this.. was all she had sent, I would have still been happy.  I love Lazy Magnolia beer! But she didn't stop there...   Whole pecans, yummy local biscotti, a pile of small treats (you can bet most of those are gone LOL), and grits, complete with directions.  I will so be posting a picture if I succeed at making those … END_OF_DOCUMENT_TOKEN_TO_BE_REPLACED 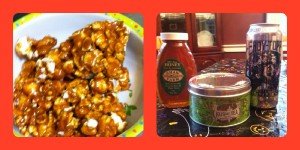 7 years ago, Shoo arrived two weeks early and super fast, showing us right from the start that he had his own agenda.  Perhaps when I asked him to wait until after Boo at the Zoo, I should have specified that I meant more than a few hours. This year, he got an extra special birthday present in the form of two days off of school thanks to Sandy, the Frankenstorm. Thankfully, it held off until AFTER 8 little boys ran crazy through my yard to celebrate his birthday.  We ran them like crazy, then fed them sugar, and sent them home.  We are evil that way. Today is also Foodie Penpal reveal day! Once again I hit the jackpot.  I got some amazing homemade popcorn, some lovely tea, honey, and a beer that Beer Geek will really enjoy!  … END_OF_DOCUMENT_TOKEN_TO_BE_REPLACED 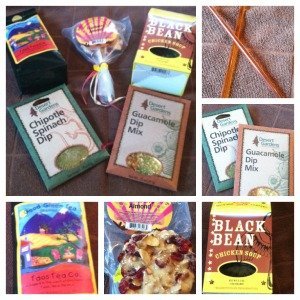 I survived.  What did I survive, you ask?  Preparing for and presenting on social media at small conference this weekend.  Other than some technological issues thanks to being a Mac user in a PC world, it went fine.  In fact, I'd venture to say I did well, but we'll see what the evaluations have to say.  The weekend was fun, but I stayed up too late and got up too early (yes, I did go running on Saturday morning as the sun was rising.  Shocking, huh?) Sunday I hit a wall.  After the two hour drive home early that morning, I was wiped out.  Like, so tired that my eyes were crossing, wiped out.  I swear I dozed off every time I sat down and I spent the day constantly craving sugar, as my body desperately searched for the energy to … END_OF_DOCUMENT_TOKEN_TO_BE_REPLACED 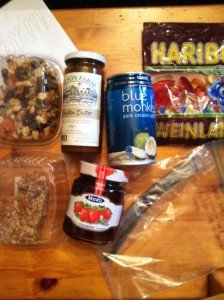 Last night, as I desperately tried to finish some work for my client, the lights began to flicker.  I knew there was a storm coming, but OMGoodness.  I've been here for several hurricanes, but I've never seen winds like that arrive so fast, be so intense, and move out so quickly, leaving behind a path of destruction.  We were lucky.  We had a temporary power outage and a longer internet/tv/phone outage (still don't have phone...), but we only had a few decent sized branches land in our yard.  In our neighborhood, several 100+ year old oak trees came down, bringing down wires, landing on roofs, and demolishing cars.  Outside my immediate neighborhood, traffic lights were without power, the grocery store could only take credit cards not … END_OF_DOCUMENT_TOKEN_TO_BE_REPLACED