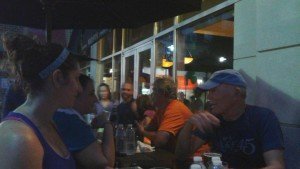 How is it only Thursday? I feel like I've been through two weeks at least in the last two days since school started. I thought I was supposed to have free time once the kids went back to school?  Ha! Anyways, it's Thursday and I'm doing a bit of a mind dump AKA Thinking Out Loud with Running with Spoons. Last night was the first running of the Mad Fox Brewpub's Run Club. This has been an idea that we've been tossing around for quite a while since the wife of the owner is also a runner.  We had a nice turnout! I ran 3 miles with some lovely ladies, a few other people ran 5, and Beer Geek acted as sherpa and sweeper on his bike.  Of course, for me, the best part was the beer and conversation afterwards.  Mad Fox will be hosting the run … END_OF_DOCUMENT_TOKEN_TO_BE_REPLACED 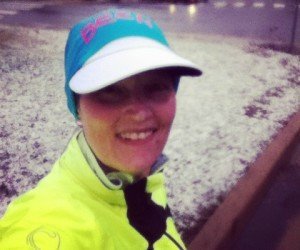 Yes, those 3 words pretty much sum up my weekend. So, today I'm linking up with Tara from Running 'n' Reading for the Weekend Recap. On Friday, we got one last (please, let it be the last!) blast of winter with 35* rain/snow nastiness.  Luckily, the ground was too warm for anything to stick and the kids went to school as scheduled.  I managed to get out and run a super hilly three mile run where I realized one thing: the weather at RNR DC could have sucked even more than it did.  I was completely wet and chilled at the end and quite happy I was only doing three miles. … END_OF_DOCUMENT_TOKEN_TO_BE_REPLACED 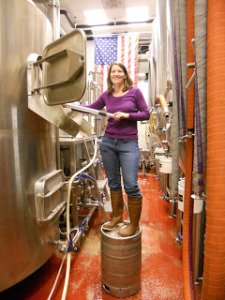 It's a chilly 39 degrees here right now.  Yesterday afternoon, winter arrived.But I'm not complaining.  I just had an amazing 4 mile run where my time for every single mile started with a 9.  Woot!  I wasn't even running hard, with the exception of the final uphill half mile (why do I keep doing that?).  Nothing hurt.  I was running by "feel" and taking it easy.  The only difference was that it was cold. Every once in a while I reconfirm that I'm really a Wisconsin girl at heart LOL.Weather and what I wore (so I can remember how much to wear next time.): 39 degrees, sunny, light windTek leggings with Tommie Copper calf sleeves (would have been ok with capris and the calf sleeves.)Running bra, … END_OF_DOCUMENT_TOKEN_TO_BE_REPLACED 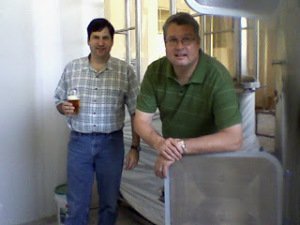 Great weather.A fun time volunteering at the Pacers 5k.The best 20 miler I've ever run.Lunch at a brewpub with my husband, father in law, and Shoo.Really, could my weekend get any better? Yes, apparently it could.We were invited to a little reception at a brewpub that is currently under construction. Master Brewer Bill Madden will be opening Mad Fox Brewing Company sometime early this summer. We've known Bill for a number of years and have followed him faithfully as he's brewed at a number of local brewpubs. We are beyond excited that we'll soon be able to drink his beers at his own brewpub. The only negative is that it's not walking distance from our house. Guess we'll be taking turns being the designated driver. ;o)Beer Geek and … END_OF_DOCUMENT_TOKEN_TO_BE_REPLACED