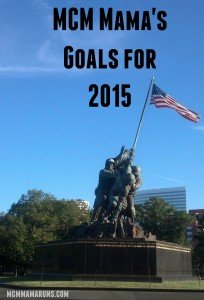 I've done a few "year in review" posts so far this month and it appears that my year was pretty amazing. But I haven't looked back at my goals since June, so it's time to take a quick look and see which ones I met, which ones I missed, and which ones I completely forgot I had. … END_OF_DOCUMENT_TOKEN_TO_BE_REPLACED 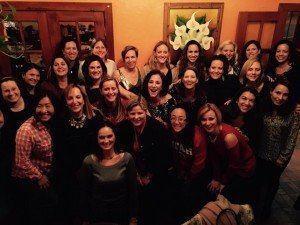 Oy, 'tis the season of holiday parties! Beer Geek and I were invited to two parties this weekend and I had a Moms Run This Town party. Quite a busy weekend! Friday was the MRTT party that I mentioned in my coffee post. It was held at a local Mexican place, so obviously the drink of choice was margaritas. I only had one small one because I was driving, but it was tasty (as were the fish tacos.) It was great to catch up with some of the ladies that I had not seen since Ragnar Cape Cod as more than half of our team was there. I also participated in the gift exchange and got really useful stuff: a flashing light for night running (which I've been actually doing lately with a group), arm sleeves, and NUUN. Lucky … END_OF_DOCUMENT_TOKEN_TO_BE_REPLACED 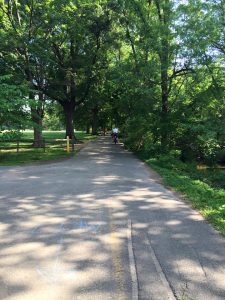 Do you prefer to log your miles alone, with only your music or your thoughts for company? Or do you have trouble getting off the couch if you don't have a buddy waiting for you? Or are you somewhere in between? Today for Tuesdays on the Run, I'm joining my buddies April from Run the Great Wide Somewhere and Patty from My No Guilt Life to chat about when I want to be with friends and when I want to be running solo. … END_OF_DOCUMENT_TOKEN_TO_BE_REPLACED 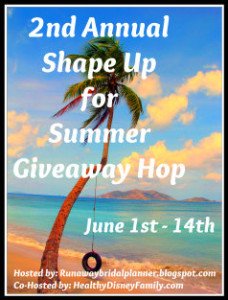 Summer seems to have arrived in Virginia. It may just now be June 1, but it's been feeling like summer in the south for a week or so now. Weekly recaps with Tara and Erin will now include lots of pictures of a very sweaty me LOL. Just in case you are feeling hot too, I'm giving away some samples of my favorite on the run hydration options (Nuun, Skratch, MeStrength, Gatorade...). … END_OF_DOCUMENT_TOKEN_TO_BE_REPLACED

It's Monday. I'm tired. So, I'm linking up with Tara for a Weekend Update. We had an insanely fun weekend that included a Moms Run This Town holiday party, a meeting at Mad Fox Brewpub, and two Christmas parties. I don't often need a weekend to recover from my weekend, but this was definitely one of them. [Tweet "1000 miles + an epic 2015 in the plans. #mrtt #6halfmarathons6days"] … END_OF_DOCUMENT_TOKEN_TO_BE_REPLACED 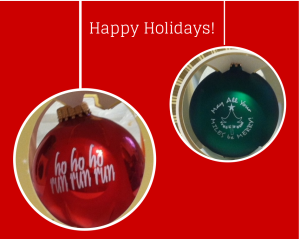 1.  Yesterday was INSANE.  A weekend at a race + two snow days + normal holiday stuff + a work deadline on Friday = not a moment to spare yesterday.  Wanna know what I did yesterday? Straightened the house Searched for dress shoes for Jones (why don't more manufacturers make shoes in the top of the boys' sizes/bottom of the mens'?) Juggled a few balls for work Picked up Shoo from school Did a few more things for work Picked up Jones Took the boys for flu shots Hit Target for the necessary shirt for today's concert Made an appetizer and wrapped a present for a party Took Jones to cello lessons Fed everyone dinner Got ready for a party Went to party (more on that in #3) I seriously didn't stop moving … END_OF_DOCUMENT_TOKEN_TO_BE_REPLACED