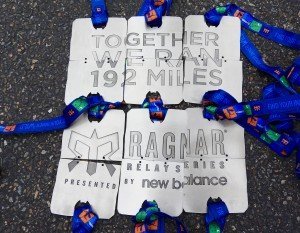 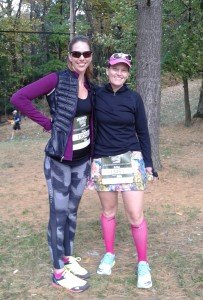 When I was first contacted by Runner's World about joining them for the Runner's World Half and Festival, they mentioned how excited they were about the trail race and that they hoped I would run it. My first thought was "OMG, RW just contacted me!". My second thought was "I'm going to break an ankle." Obviously I did not break an ankle, but I'm going to credit pure luck with that one, rather than any particular skill on my part.  Prior to this past weekend, I'd run only a handful of trails ever - a couple of the Mainly Marathon races were on trails and I'd done the North Face Endurance Half (or 14.5 miler, whatever) a few years ago. None of these were particularly technical and I don't even own a pair of trail shoes. Friday … END_OF_DOCUMENT_TOKEN_TO_BE_REPLACED

Do you run obstacle races? Or maybe you are a fan of Color Runs? Or do you break up your running with other sports and do triathlons?  Today's topic on Tuesdays on the Run is "Adventure".  Patty, April, and I want to know how you shake things up and step out of the road running rut. I'll be the first to admit that I'm primarily a road runner.  I don't have a lot of real trails near me and I'm not willing to drive to go for a run.  I'm also a klutz and have been known to trip on a completely flat surface, so trails are just an accident waiting to happen for me.  And you'll never find me willingly getting  muddy on a run. But, I have stepped off the road a few times.  I ran the Deschutes Dash 10K in Bend, Oregon a couple of years.  … END_OF_DOCUMENT_TOKEN_TO_BE_REPLACED 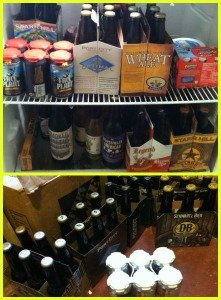 1. Last weekend I made an awful discovery:  we only had two types of beer in the house - IPAs and beers with ABV greater than 8%.  I'm not a hophead and drinking a single 8+% beer means I'm headed to bed.  What's a girl to do?  Go shopping, of course. In my defense, we are hosting a beer and food pairing dinner this weekend and Beer Geek's 50th birthday dinner is next weekend... 2.  A few weeks ago I ran in the Another Mother Runner virtual 5k (ish).  I just got my sticker and I've added it to my collection on the beer fridge.  I think it may be time to start using the big door too. Feel free to send me stickers/magnets if you have them for your blog or company! 3.  I'm still recovering from Sunday's race.  I ran 2 miles yesterday … END_OF_DOCUMENT_TOKEN_TO_BE_REPLACED 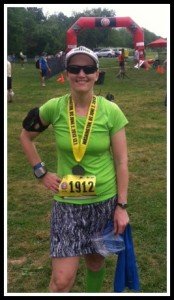 This past weekend, I completed my 8th half marathon for 2013.  It was also the 8th state I ran in this year (5 were new states and 1 was a new half marathon state).  What made this race different?  It was a trail half marathon and that, my friends, is a whole different experience. Before I get into an actual race report, I just have to say - I BLEW MY GOALS OUT OF THE WATER!!! I'm gonna say I got an A+++.  I finished 13.1 in 2:55 and change and my stomach stayed strong through the entire race.  Well, let me correct that, through 13.1. Warning:  This is crazy long.   Mostly because I want to remember it.  Feel free to skip to the conclusion. Pre-race: I didn't sleep much at all Saturday night.  I was really nervous and … END_OF_DOCUMENT_TOKEN_TO_BE_REPLACED 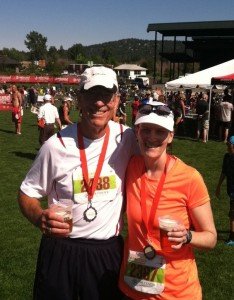 1.  I don't like running on packed dirt. 2. I will never be a trail runner. 3.  Starting too fast is stupid. stupid. and did I mention? stupid. 4. Apparently I'll run any race in exchange for a medal, a beer, and a brownie. … END_OF_DOCUMENT_TOKEN_TO_BE_REPLACED