You are here: Home / running / DC Races, You’re All My Favorites!

When it comes to racing, I’m a lucky girl. I live practically in the Nation’s Capital. (And if you were to ask Beer Geek, he’d tell you that where we live used to be part of DC, but they gave it back to Virginia…) But I digress. There are so many awesome DC races and tons just out of the city. In fact, within in an hour’s drive (ok, at 6am on a Saturday, not rush hour), there are races of pretty much any type, distance, or atmosphere that I could want. Admittedly, not all of them are awesome (like the one that’s hot and hilly every year or the one I refer to as my bad boyfriend because I keep going back even when I don’t want to or the one that was such a traffic nightmare that a lot of runners didn’t make it to the start line…) All of the options I have make picking my favorite DC race for today’s Tuesdays on the Run with Marcia and Patty a real challenge.  I’ll be honest, I can’t pick just one so here are my favorite DC races. 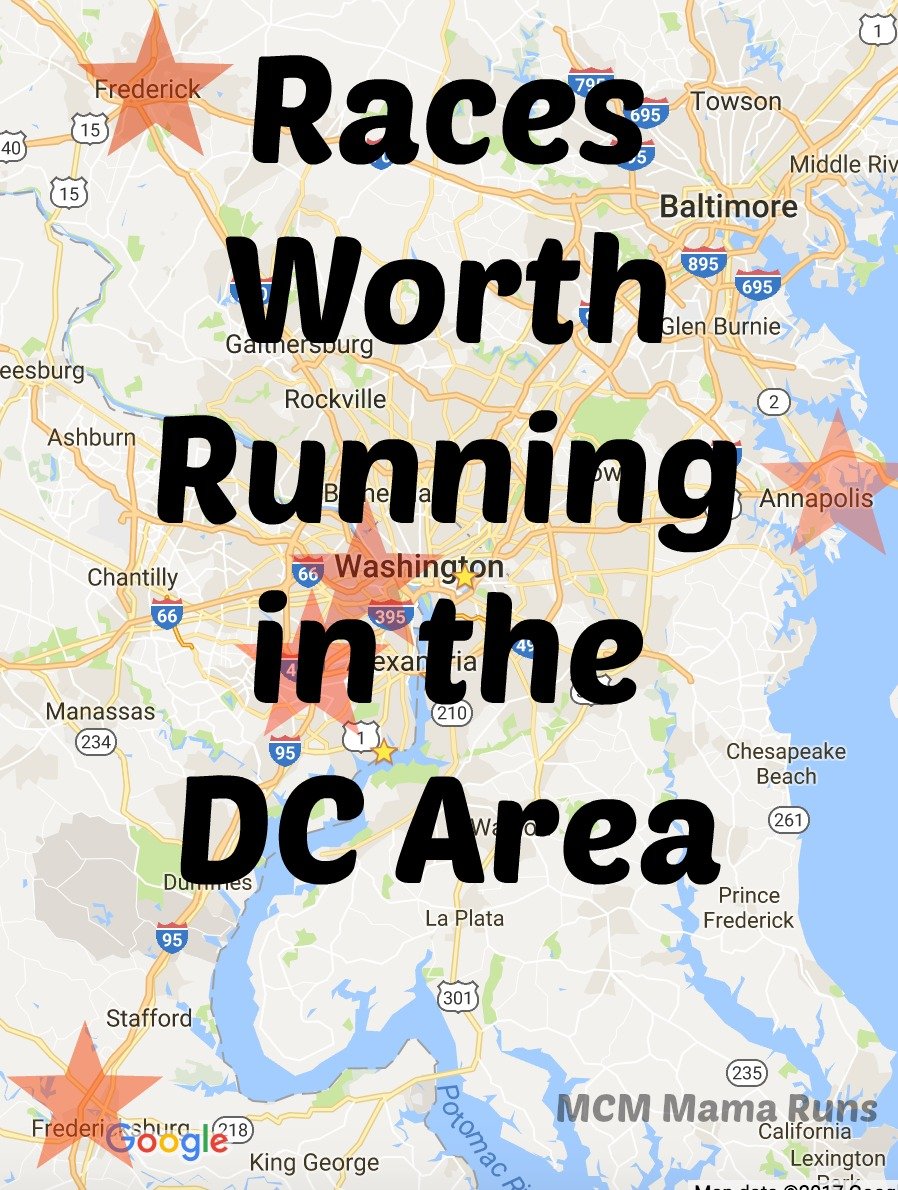 If you are looking for some great smaller races, I also recommend any race put on by Pacers Events or PRR. They are always well organized, reasonably priced, and a lot of fun. So many DC races to choose from!

So, tell me where else I should run! And come visit sometime and we’ll run a race together. And join us next week to rate your month in running!