You are here: Home / travel / DC to Cape Cod or Bust

Happy Monday! I’m sitting in an inn on Nantucket Island this morning. It feels like way more than a few days since I left home! I’m doing my usual Monday linkup with Tara and Erin today to tell you about the fun I’m having.

Wednesday morning, after we got the kids off to school, Beer Geek and I headed to the airport for a quick flight to Boston. Everything went smoothly (how often does THAT happen?) and we were heading to Hull by early afternoon. We checked into the Nantasket Beach Resort, which I highly recommend if you are ever in that area, as it was lovely. It’s also a short walk from the start line of Ragnar Cape Cod.

This was the view from our room: 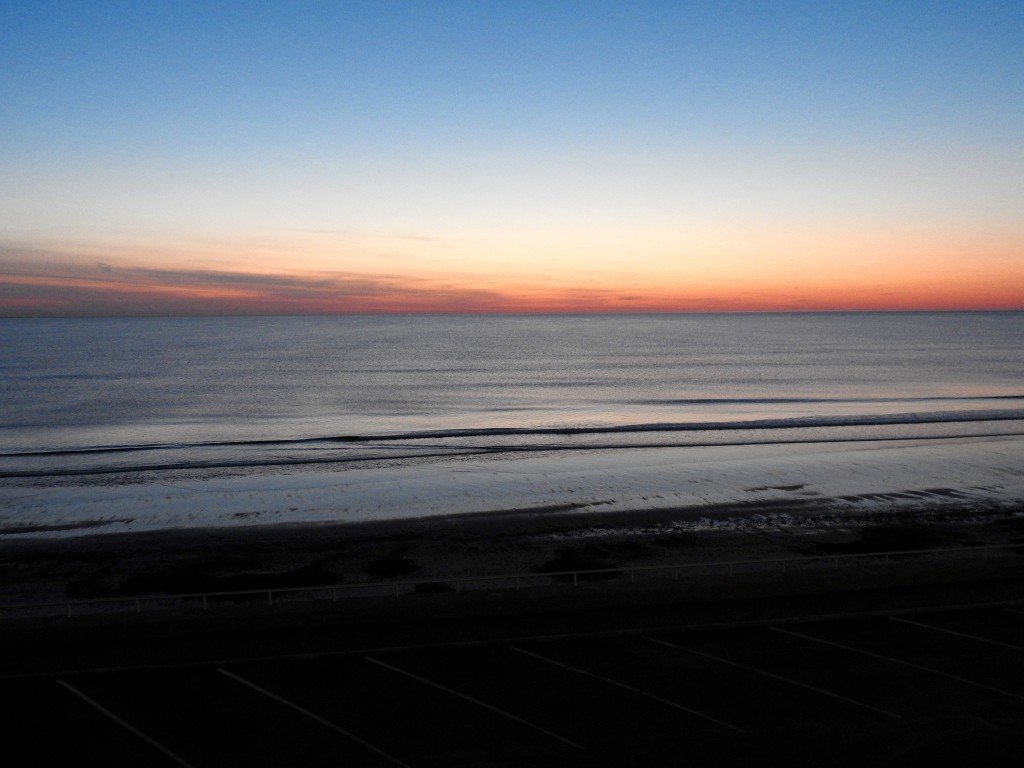 We spent the afternoon wandering around the area, checking things out and then went to the Sea Dog pub. They don’t actually brew Sea Dog there, but they had many of their beers on tap, so, of course we got a sampler.  I have to say that their blueberry beer is still my favorite of their beers. 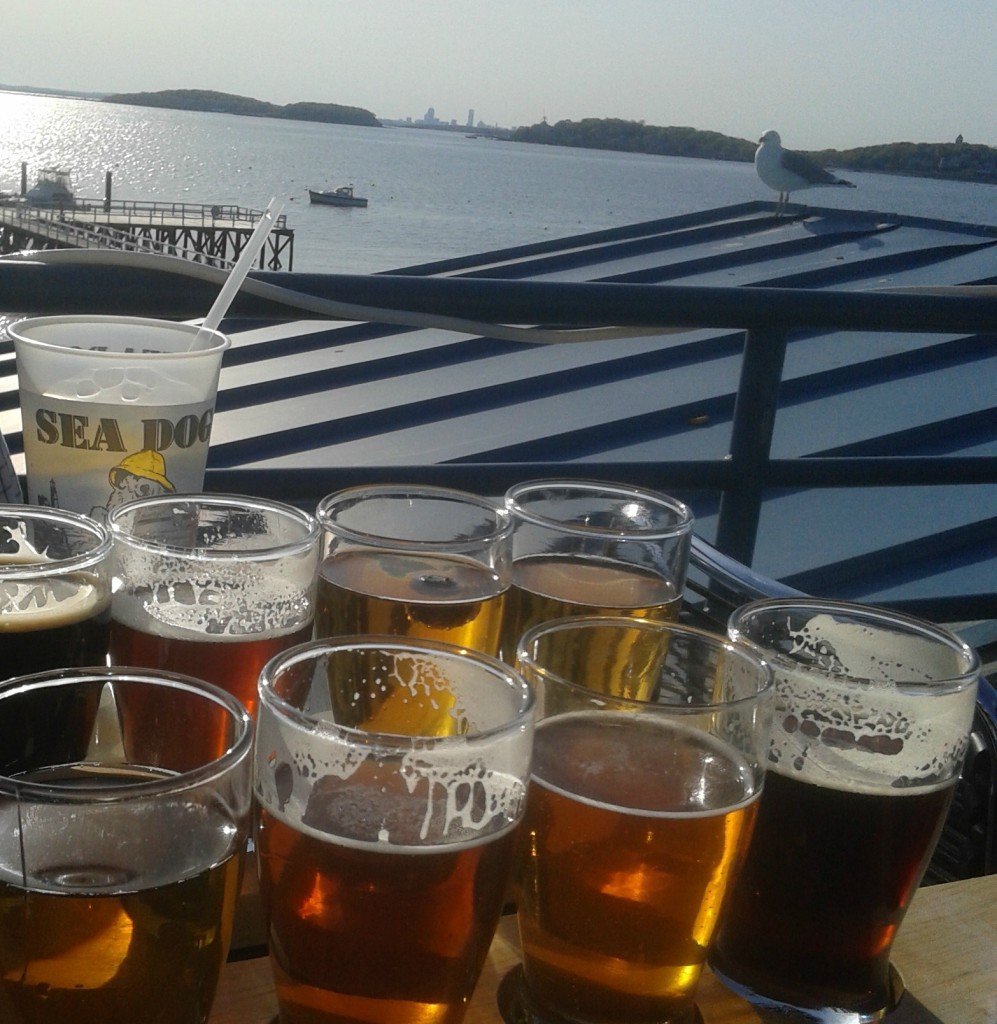 Thursday was an absolutely gorgeous day! Beer Geek wanted to hit Plymouth, so we headed over there early that morning. 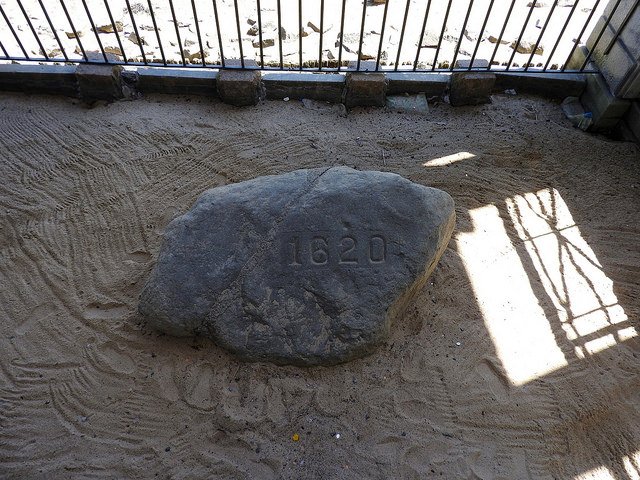 I’ll be honest. I was underwhelmed by Plymouth Rock. But, whatever, it was more about what it symbolized. We checked out one of the museums (we were a bit pre-season), saw a few artifacts from Beer Geek’s family as he had ancestors who came over on the Mayflower, and I ate a stuffed pretzel that was bigger than my head! 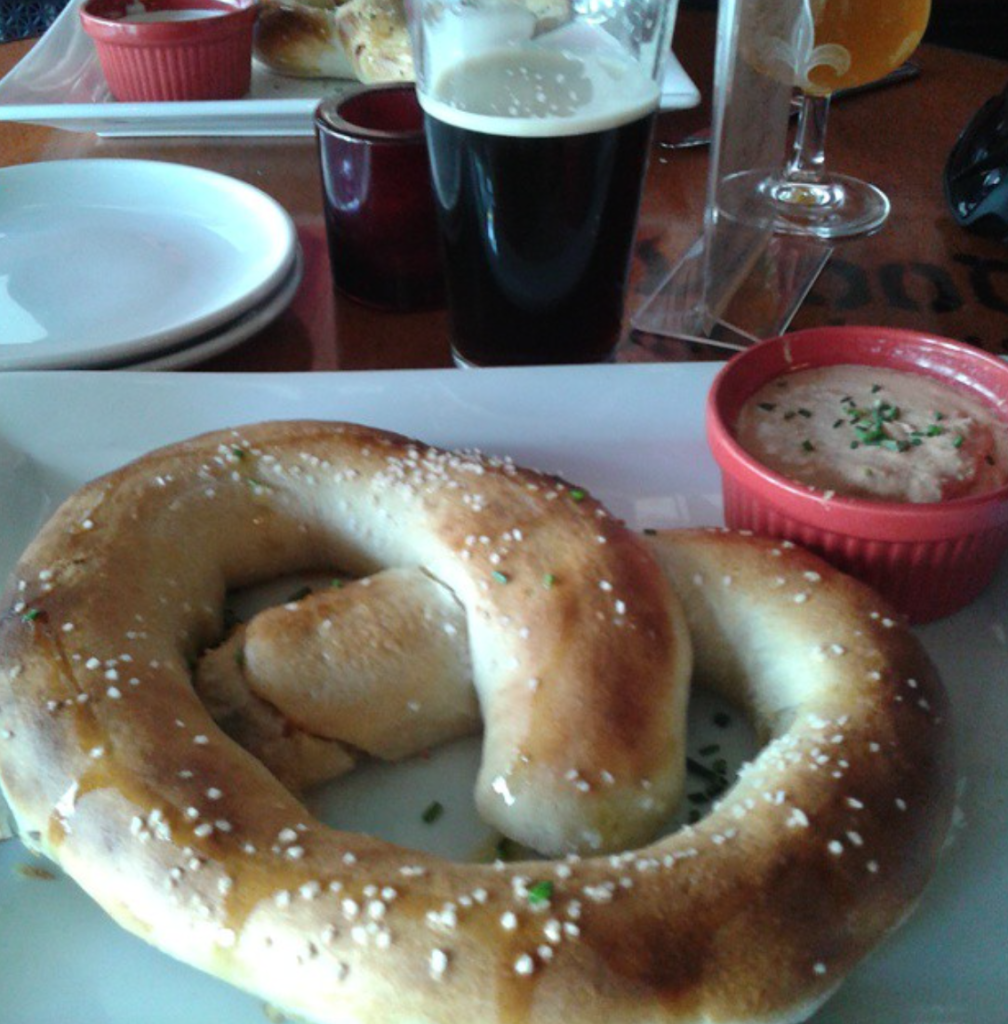 After lunch, we took a lovely walk on the breakwater, after which I was having some issues in my hip. I changed shoes and did some stretches and thought I had it all worked out. 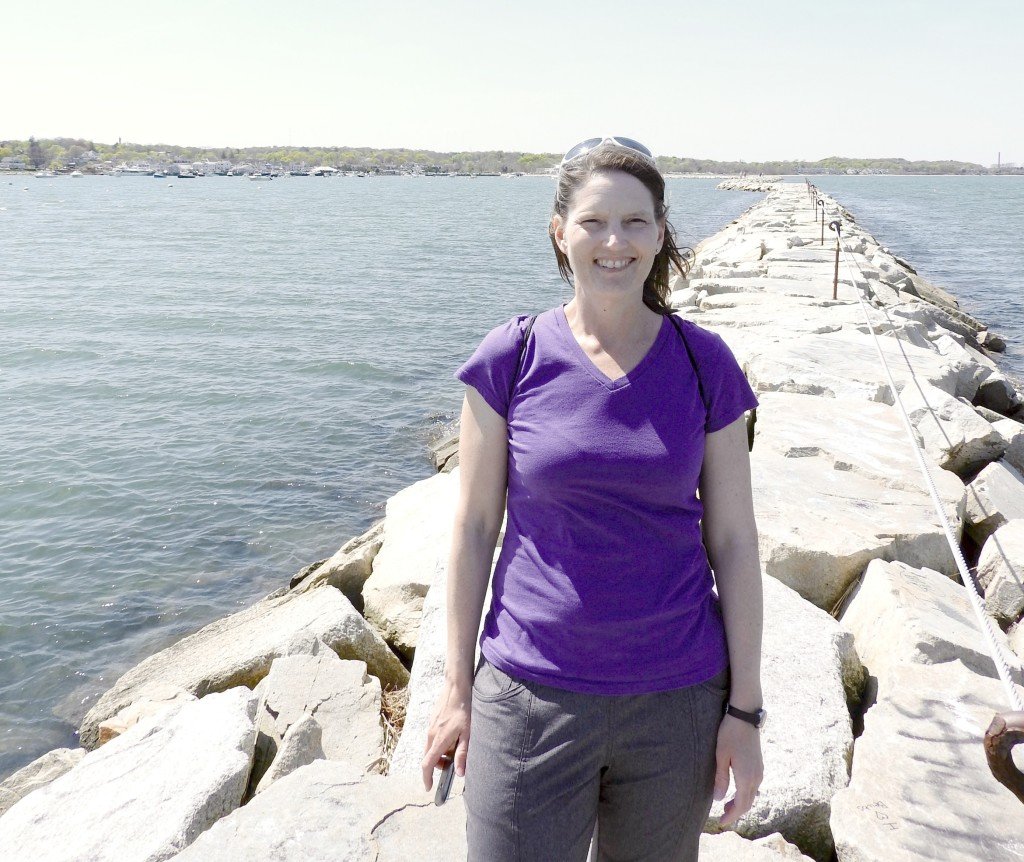 Before we returned to Hull, we had to check out the Mayflower Brewing company. 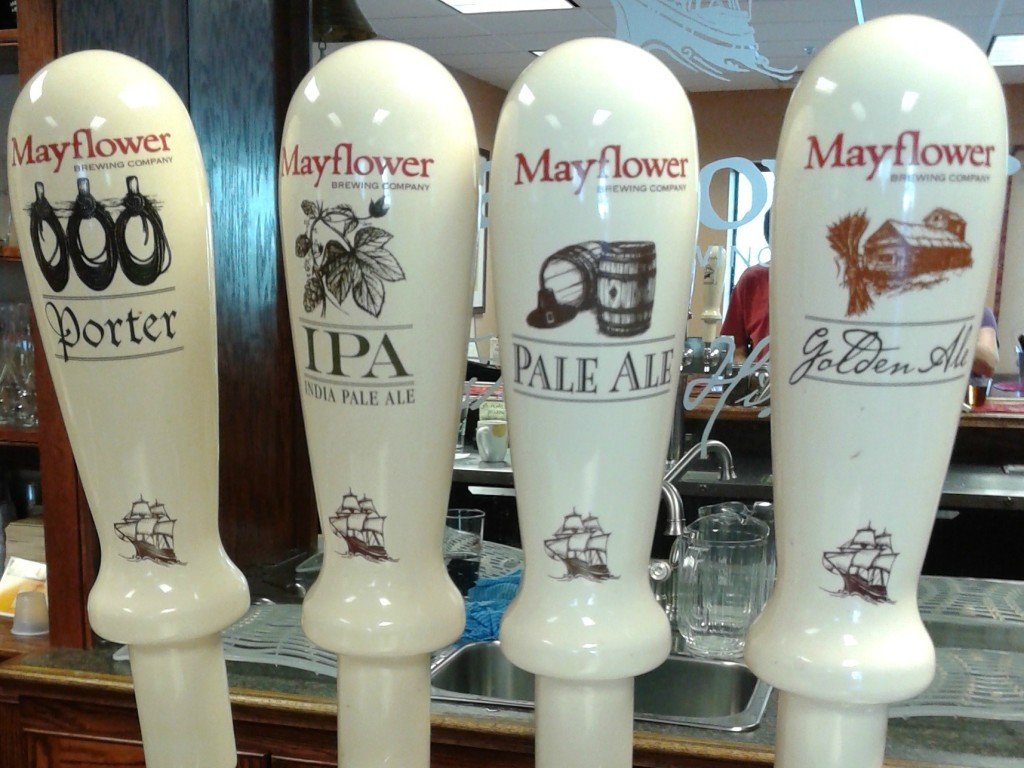 Then we headed to the start where I checked out the beginnings of the setup of the Ragnar start and we went out for an amazing seafood dinner. At dinner, we were seated at a table next to an entire Ragnar team of ladies in running skirts. I offered to take their picture and we ended up chatting. Just wish I’d caught their team name LOL.

Then it was early to bed because our Ragnar Cape Cod start was at 7am! 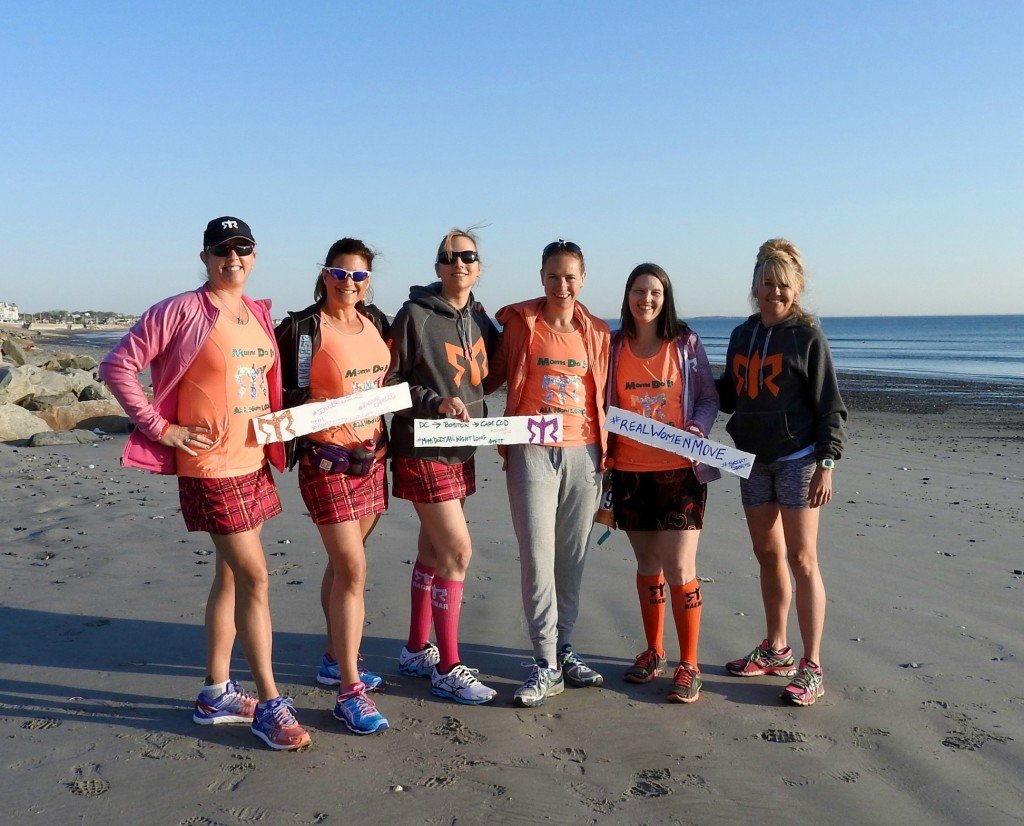 I’ll recap the race later, but let me tell you, it was just as fun as Ragnar DC last fall and I can’t wait to do another one!

Fast forward to Saturday! Beer Geek met up with me in Provincetown and after seeing my team off at the finish line, Beer Geek made me climb Pilgrim Monument.  Yes, I ran two marathons and a Ragnar and he thought it was a good idea to climb a tower. 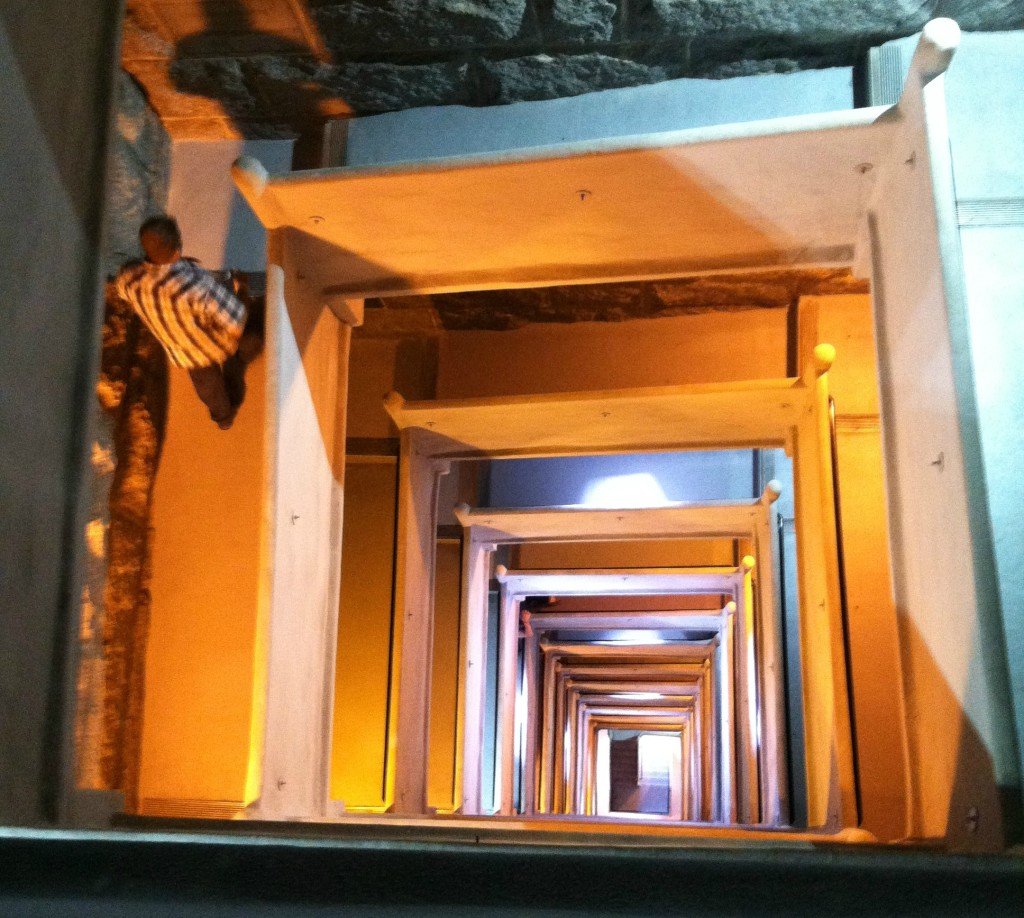 We went back to the lovely Chicago House where we were staying. I planned to power through the evening, but ended up falling asleep for an hour mid-afternoon. Once I rallied, we went out for a lovely dinner, picked up a couple of beers, and headed back to the porch to chill. 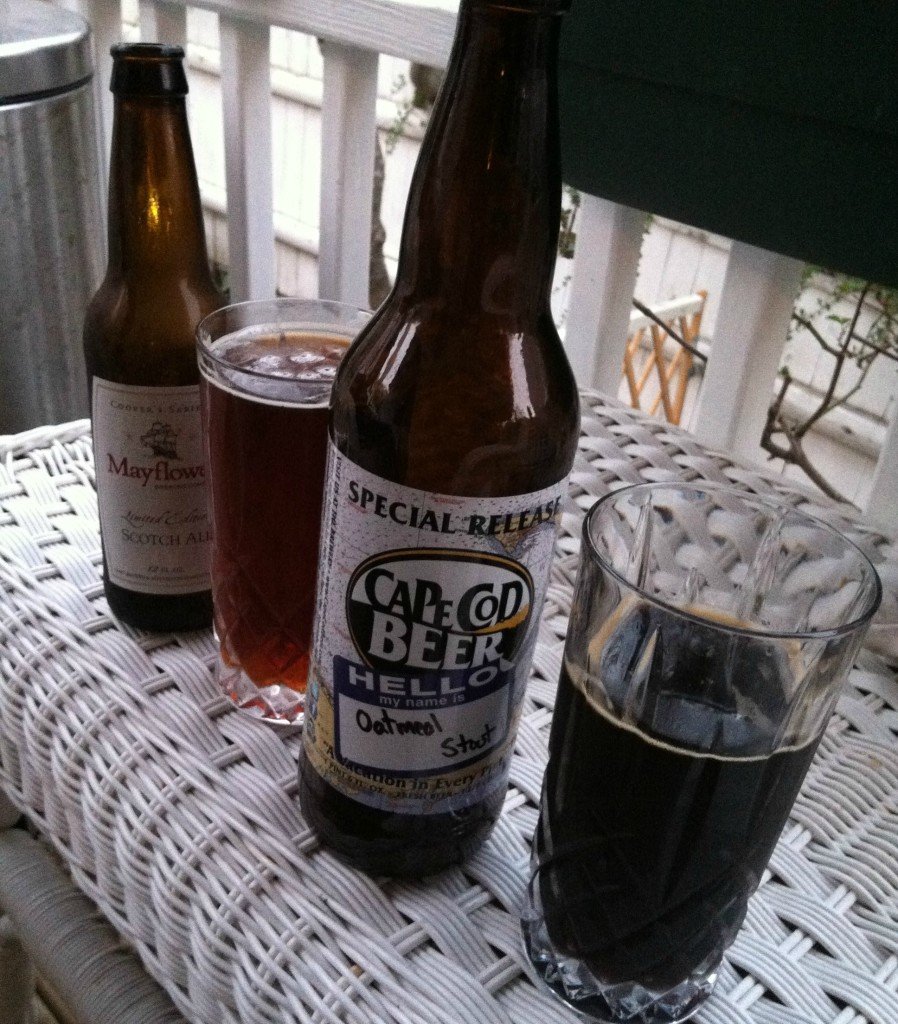 The rest of the inn was filled with members of GURL (Gay Urban Runners League) from Boston who had run Ragnar, so we had a fun time hanging out and chatting with them until I crashed at 9:30.

10 hours of sleep later LOL, it was time to head for Nantucket.

Our trip out was uneventful. Beer Geek loves ferries,  so he was happy. I was just happy I did not need dramamine. Yeah, that’s how our marriage works. He drags me on ferries, I try not to puke.

After our ferry ride and a check in at the Regatta Inn, we headed out to Cisco Brewery for a beer.  The beer was fabulous and we may have finished a sampler and a pint and bought some to bring back.  Did I mention that we biked? Always a good idea to put the drunk girl on a bike with a growler… 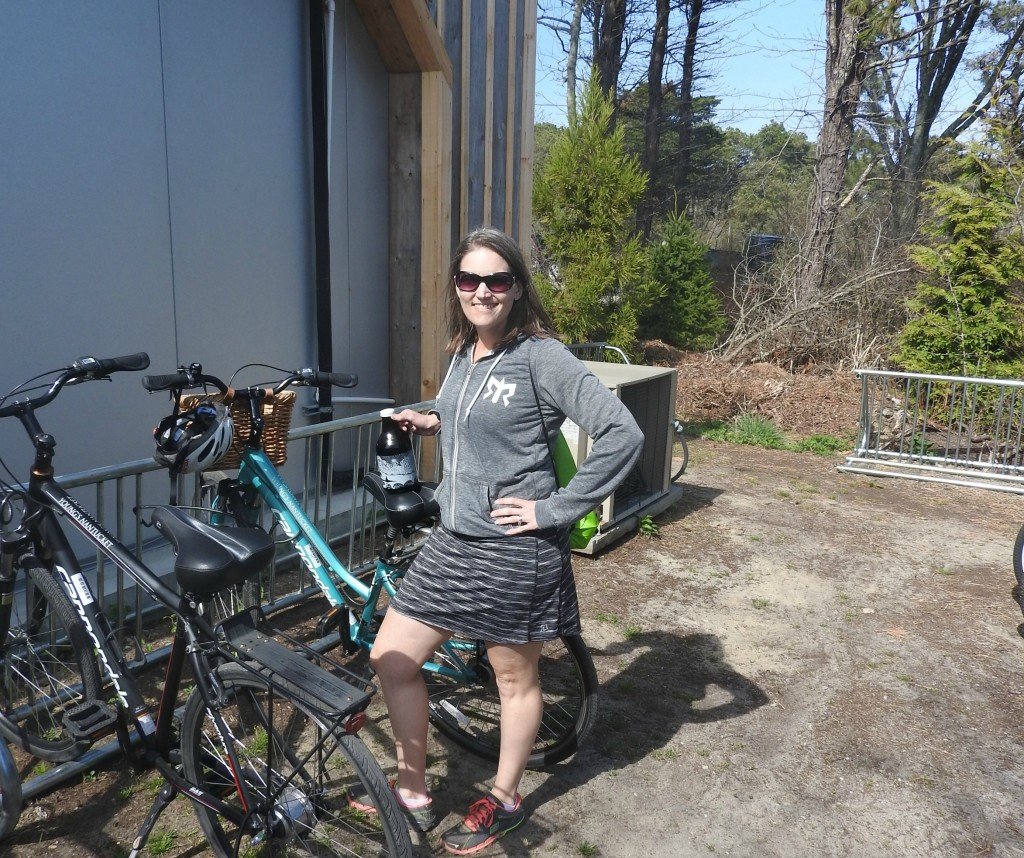 Thankfully, we had a nice bike ride home and then went out to dinner where I had a lobster roll with more lobster than roll. 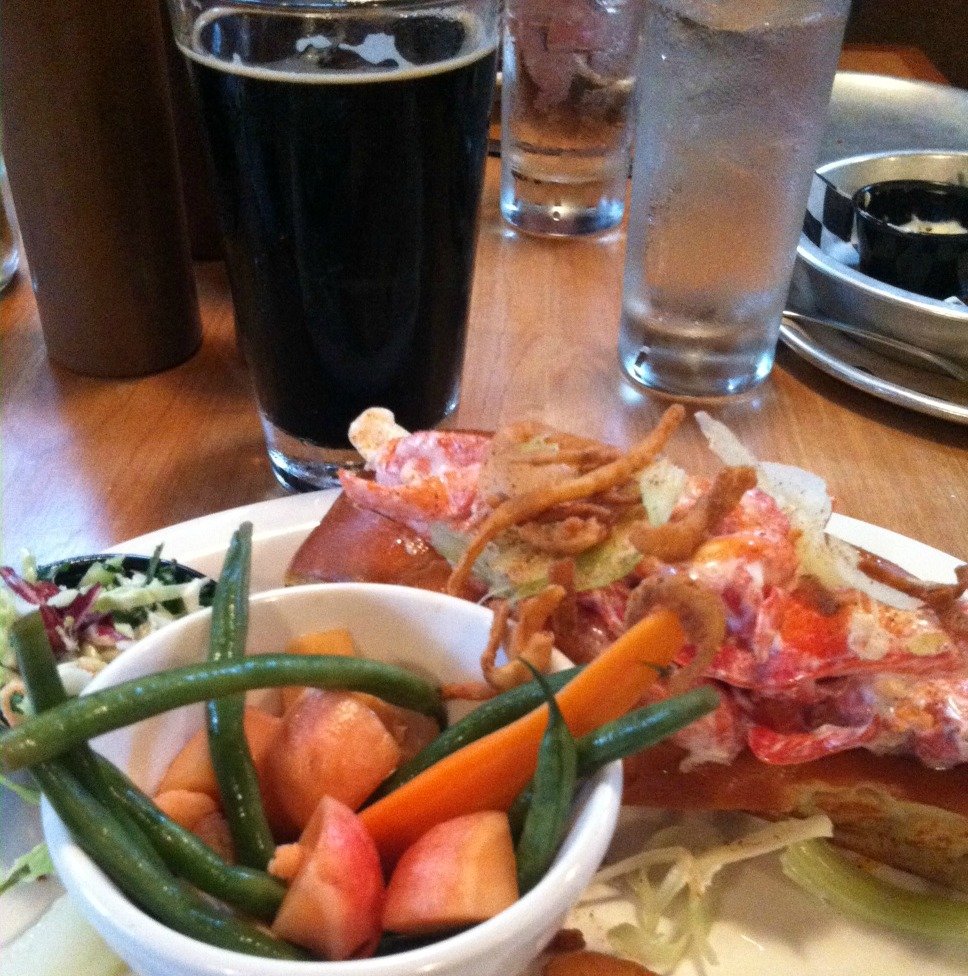 Afterwards we checked out a lighthouse. (Yes, he dragged me out to a lighthouse after dinner. In the fog.) Then it was crash city as I’m still catching up on my sleep!

[Tweet “How was your weekend? Checkout this recap of an awesome weekend in Cape Cod!”]