You are here: Home / fitness / Five for Friday

1.  I’ve been doing Tina Reale’s Best Body Bootcamp for the last 8 weeks.  I’ll write a review this weekend, but {spoiler alert} I’ll be signing up for the next round.

Today, the workout involved upper body weights with burpees in between.  In fact, it called for a total of 125 burpees!  Umm, I’ve never done more than 5 burpees in a row, ever.  But I did it!  The last few of each set of 25 might have involved a pushup on my knees and something that looked more like crawling than jumping my feet forward, but I did it.

Who’d like to come feed me later when I can’t lift my arms?

2.  I’ve also been participating in the What’s Beautiful campaign with Under Armour (through FitFluential).  Yesterday a box came in the mail with some free goodies as part of the campaign!  Love! 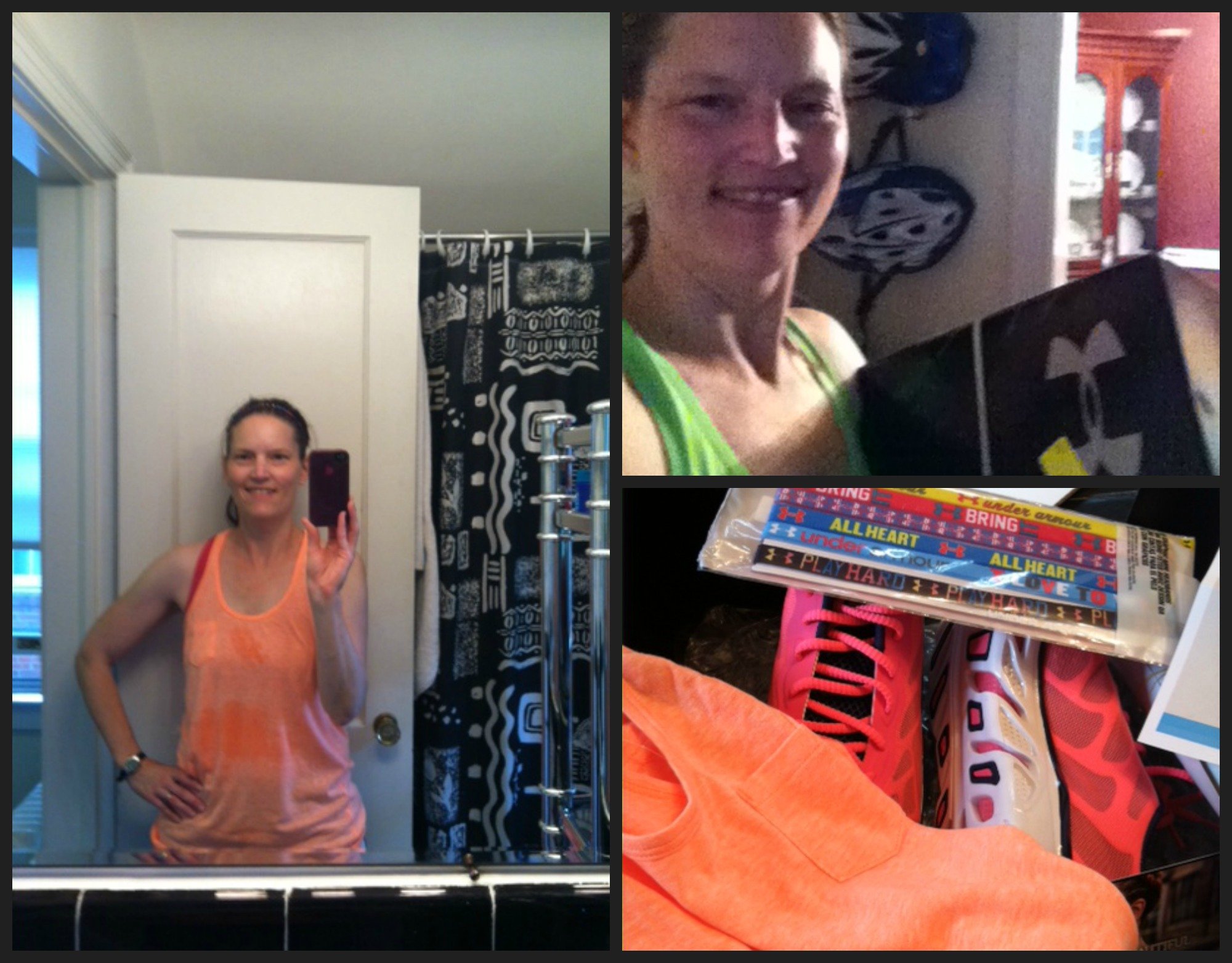 3. I think my hair is getting too long or I need to come up with a different option when running.  Now that it is super humid here, I’m finding that my hair wraps around my neck (even in a ponytail) while I’m running and stays there.  There’s nothing at all good about damp hair wrapped around your neck.  Nothing.

4. Last night was Jones’ cello recital.  I am prouder than words can say of him.  While I’m impressed with his ability, I am most proud of the fact that he gets up there and does his solo recital even though he hates playing solo and even when he makes a mistake, he keeps going and finishes the song.  (It’s rather unfortunate that I’ve discovered I’m not fond of most of the music that is written for cellos, so it’s an hour+ of torture, even though most of the cellists are really good.)

5. When the boys were little, I got them each a doll.  Much later, in a fit of cleaning, I shoved “Baby” in a cabinet in Shoo’s room.  Last week, he and a friend were playing and opened the cabinet and Baby fell out.  Had I been prepared, their response would have won me a lot of money on Funniest Home Videos.

Ever since then, Baby has been showing up in random places around the house.  Our own version of Elf on the Shelf, perhaps.

Here’s where I found him today… 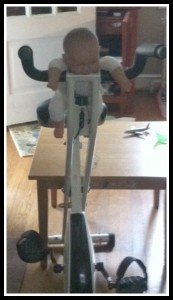 Apparently even the dolls work out in our house…