A few weeks ago, Gatorade flew me down to Florida to visit the IMG Academy and learn more about their product.  (How has it been a few weeks already and why haven’t I written my recap of the event??? Oy.) 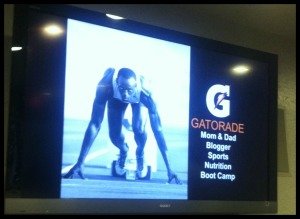 The theme of the event was fueling your teen athlete and they had flown 9 bloggers down to attend.  My athlete is only 8, but I took away a lot of useful information for both him and myself. 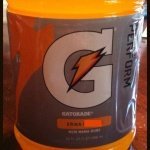 I have long been a fan of Gatorade on hot race days.  I tend to lose any interest in food, so having a way to get carbs into my body while hydrating on the run is very important to me. Learning that there is actually science behind it was pretty cool. Although there was definitely an emphasis on Gatorade during and after games (especially during tournament play), they also brought in a dietician who worked with a college football team.  She gave us some great explanations on how to fuel, depending on a lot of factors including time until the event, how long the event will be, whether it’s a stand alone event or a tournament, what the temps are like,  etc.  I also liked that they emphasized that Gatorade is not for the armchair athlete.  Not playing a sport that’s using up carbs and making you sweat?  Drink water.

So, let’s talk about why a sports drink before, during, and after games…. 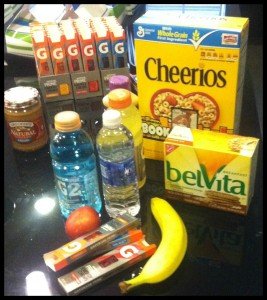 It’s important that an athlete (and especially teen athletes) be well hydrated and fed before a game.  They are not going to go out and have their best game if they are dragging before they step on to the field.  1-4 hours before their game, they should eat a meal comprised of carbs and small amounts of protein.  The closer the meal is to the game, the less protein and more carbs that you want to be feeding them. Farther out and meals can be more complex carbs, closer in you want simpler things like a bagel with a bit of sandwich meat.  Gatorade comes into play if you have an early morning game and your child needs something that can be absorbed quickly into their system and not sit in their belly or if you feel that your child is behind the curve in hydration (perhaps at a multi-game day).

The rule of thumb is said to be that at less than one hour of exertion, sports drinks are not needed.  Gatorade agrees with this most of the time.  There are, however, some exceptions: super hot days, a child who is a salty sweater (I’ll be paying attention to this with Shoo as I’m a super salty sweater), or multiple games in a day.

Athletes need to refuel and rehydrate after a game, as we all know.  Gatorade does make a recovery drink that contains protein, so that is one option (I had it recently when I was dehydrated and found it really helped me).  But obviously, real food like a glass of chocolate milk or whatever food your child likes is just as good, as long as your child is rehydrating in some way.  Why would you choose Gatorade?  1. It’s specifically designed to include carbs and sodium. 2. You need sodium to replace what you lost. 3. Sodium makes you thirsty, so you actually want to drink more. 4. Gatorade tastes good.  And let’s be honest, you drink more when you like the flavor of your drink. 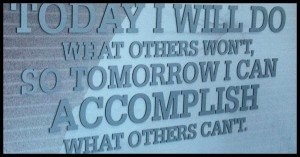 Is Gatorade the answer to all sports needs?  No!  There are plenty of times that water is sufficient and their are plenty of other options out there.  But what it is, is a good option that’s easy to have on hand for a teen who is playing sports.  As Shoo starts potentially having more games in the fall (he’s playing in two soccer leagues), I expect to occasionally rely on Gatorade even though he has not needed it in the past.  I know it’s made the difference between a truly awful race and an unenjoyable, but doable half marathon on a hot day for me in the past! 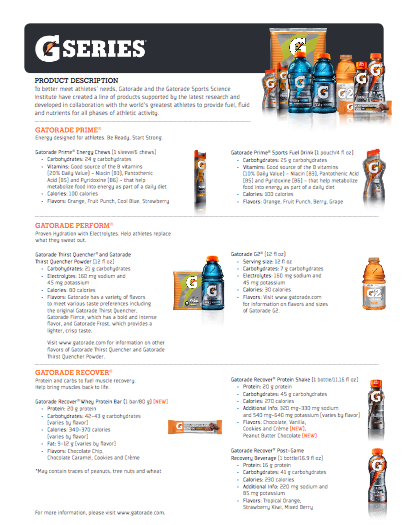 If you’d like to know more about Gatorade and teen athletes, check out their Gatorade Moms website.

Disclaimer: Gatorade paid for me to attend this learning opportunity.  I was not required to share anything I learned on my blog.  All opinions and interpretations of their information are my own.