You are here: Home / running / Gimme all the swag!

I’ve run a lot of races. I don’t actually know how many, but when I’ve done 51 half marathons and 5 marathons and a ton of other distances including two relays and three 17.75s, one could assume that I’m likely reaching the 100 race mark (OK, I admit, I actually went to Athlinks after this and checked and I’ve done at least 108), which is kind of crazy when you think about the fact that my very first race was in 2007!

With that many races comes a LOT of swag. Most of the time, it takes the form of a t-shirt (and a medal if it’s a longer race). But every once in a while, the race director departs from the standard and gives out something useful. 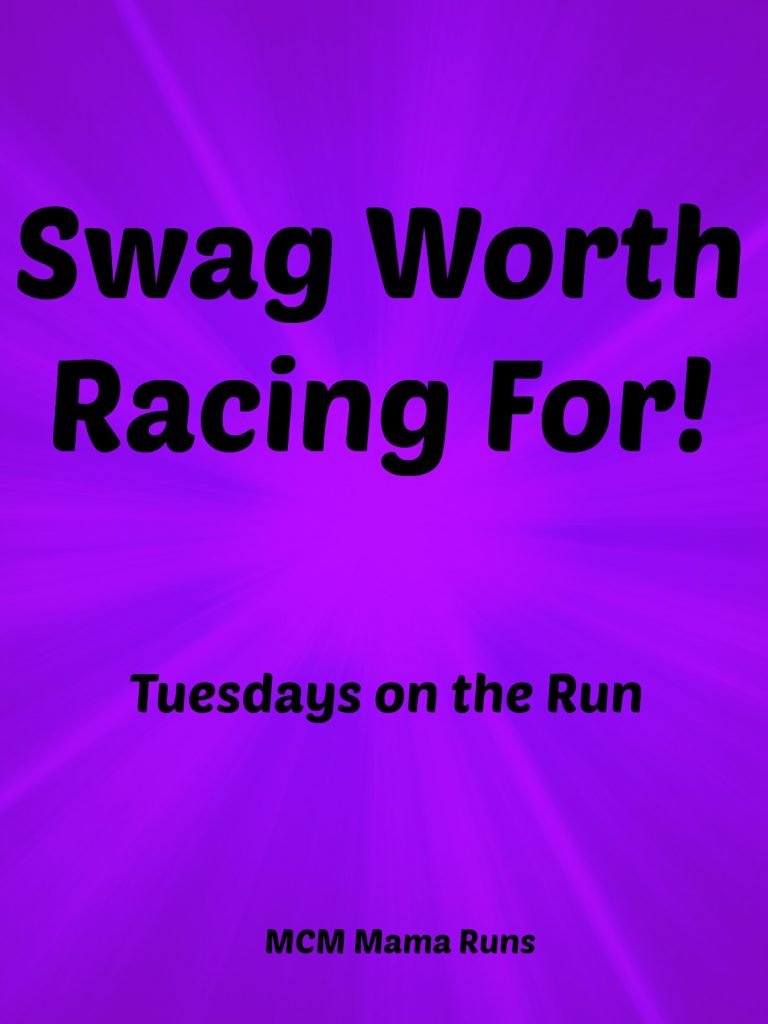 Here are some of my favorites:

As you can tell, my preference is for things I can actually use. I do love medals, I won’t pretend that I don’t, but I’m not a huge fan of shirts and I have enough clutter in my house thanks to two kids.

[Tweet “What’s the strangest or best race swag you ever got? Join #TOTR and tell us! #runchat #running “]

What would my dream swag be? I would certainly love to get more beer related items. Does that surprise anyone at all?  Or a skirt – I’d love it if I could get a Skirt Sports Marine Corps Marathon skirt. Not too much to ask, right? (Yeah, ok, I’ll settle for a shirt that actually fits me this year. Two MCM’s under my belt and zero shirts I can wear…)

What awesome things have you gotten? What would you love to get in your runner bag? Hmm, a nice bag would be cool…