High heat and lightning. That pretty much sums up my weekend. But, you know me, I can’t leave it at that, so I’m linking up with Tara at Running ‘n’ Reading and Erin at Her Heartland Soul with my weekend update. And we have more of the lovely same weather this week. Ugh, I’m over summer and it’s not even officially here yet.

Friday night, Shoo had soccer tryouts. Not exactly how I like to spend my Friday evening, but he loves the game, so off we went. Where we encountered thunder and lightning and pouring rain. Tryouts – canceled.

Saturday dawned super hot and humid. So, I went out for 3.1 miles and came back looking like I’d been swimming. After a cool shower, Shoo and I headed off to his final soccer game of the season. It was crazy hot and sunny, but his team held together and won 9-3. 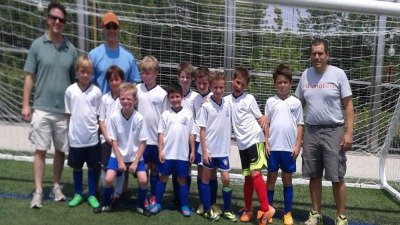 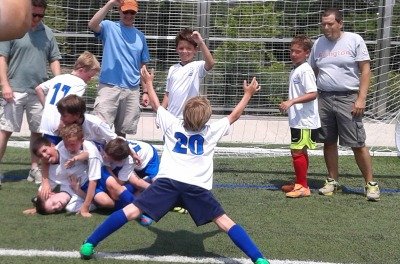 After we got home, I seriously considered another shower. Ugh.

Then it was off to our neighbor’s surprise 50th birthday party. 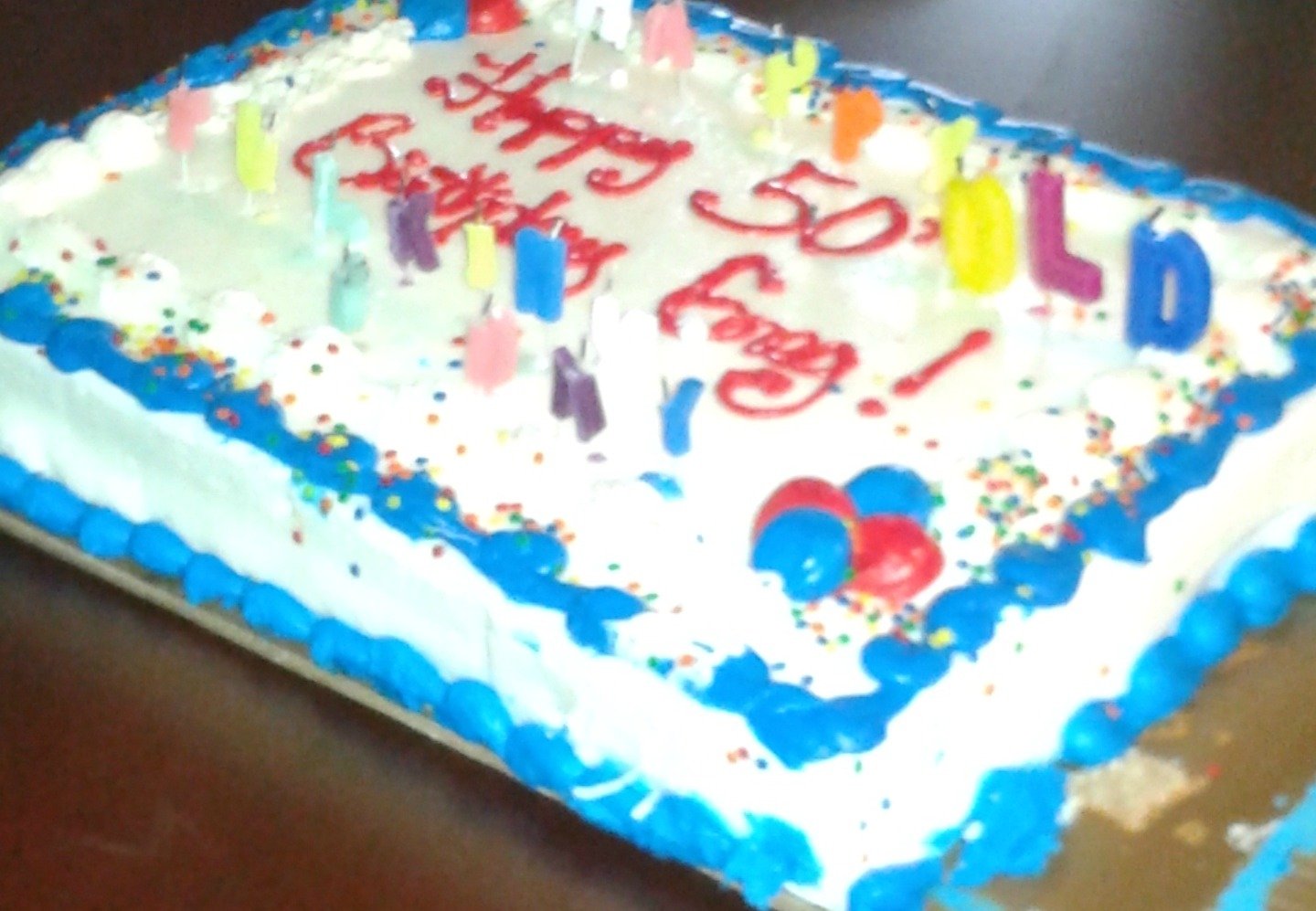 He was indeed surprised – by all of us and the world’s scariest clown. I had a little too much fun. (Note to self: never ever drink vodka. Stick to beer.) 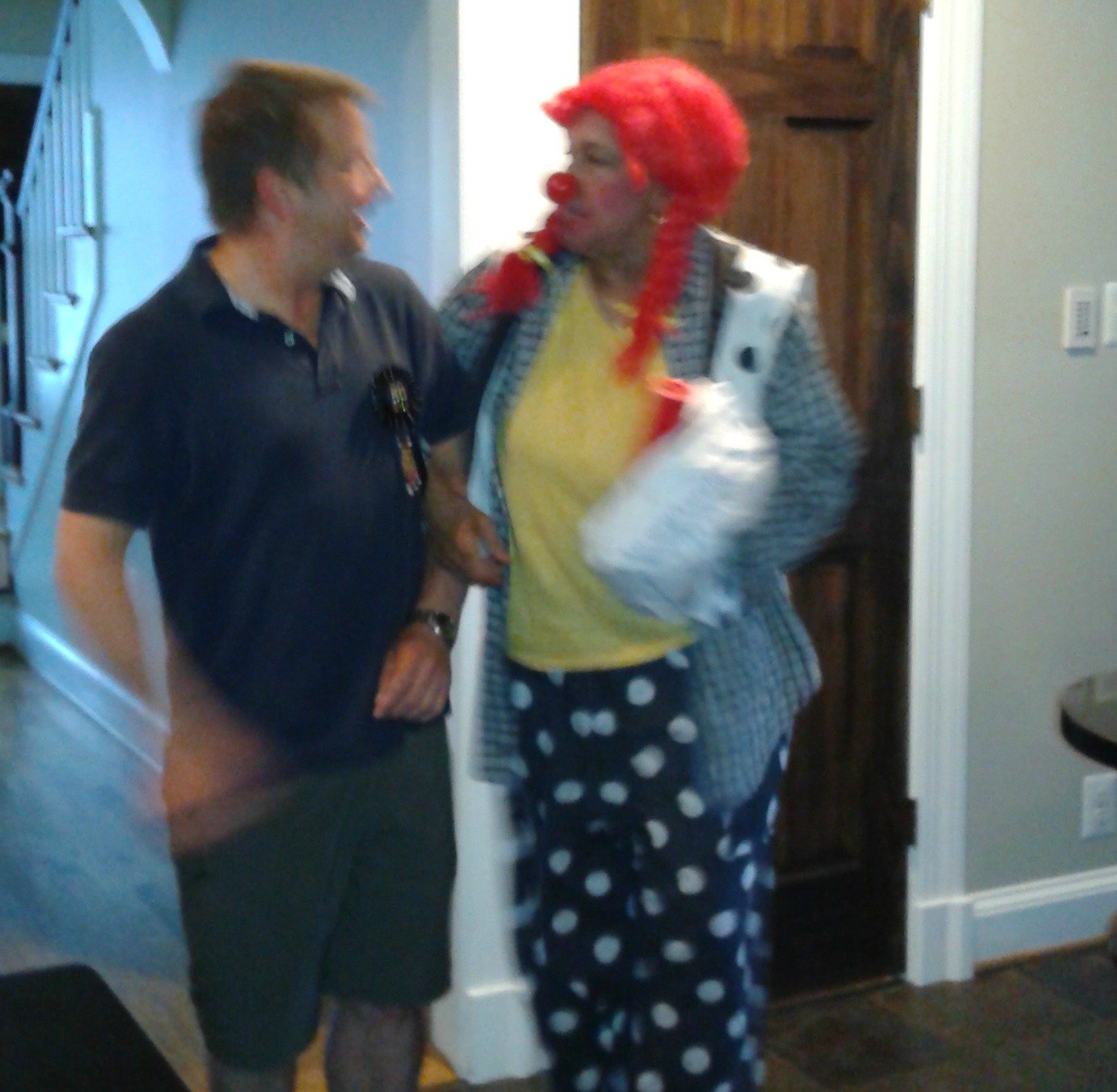 Sunday was supposed to be a morning Virtual 13er for the Skirt Sports race. I didn’t get up early due to the festivities the night before, so it was crazy hot by the time I got up. I decided I’d run as many of the miles as I could during Shoo’s evening tryouts.

Mid-day we headed over to going away party for some of our friends. We are so sad that they are leaving as their sons are the same ages as ours (very unusual) and we often all hang out together. They are only heading a couple of hours south, so I’m sure we’ll see them occasionally, but still, it’s a loss for us. 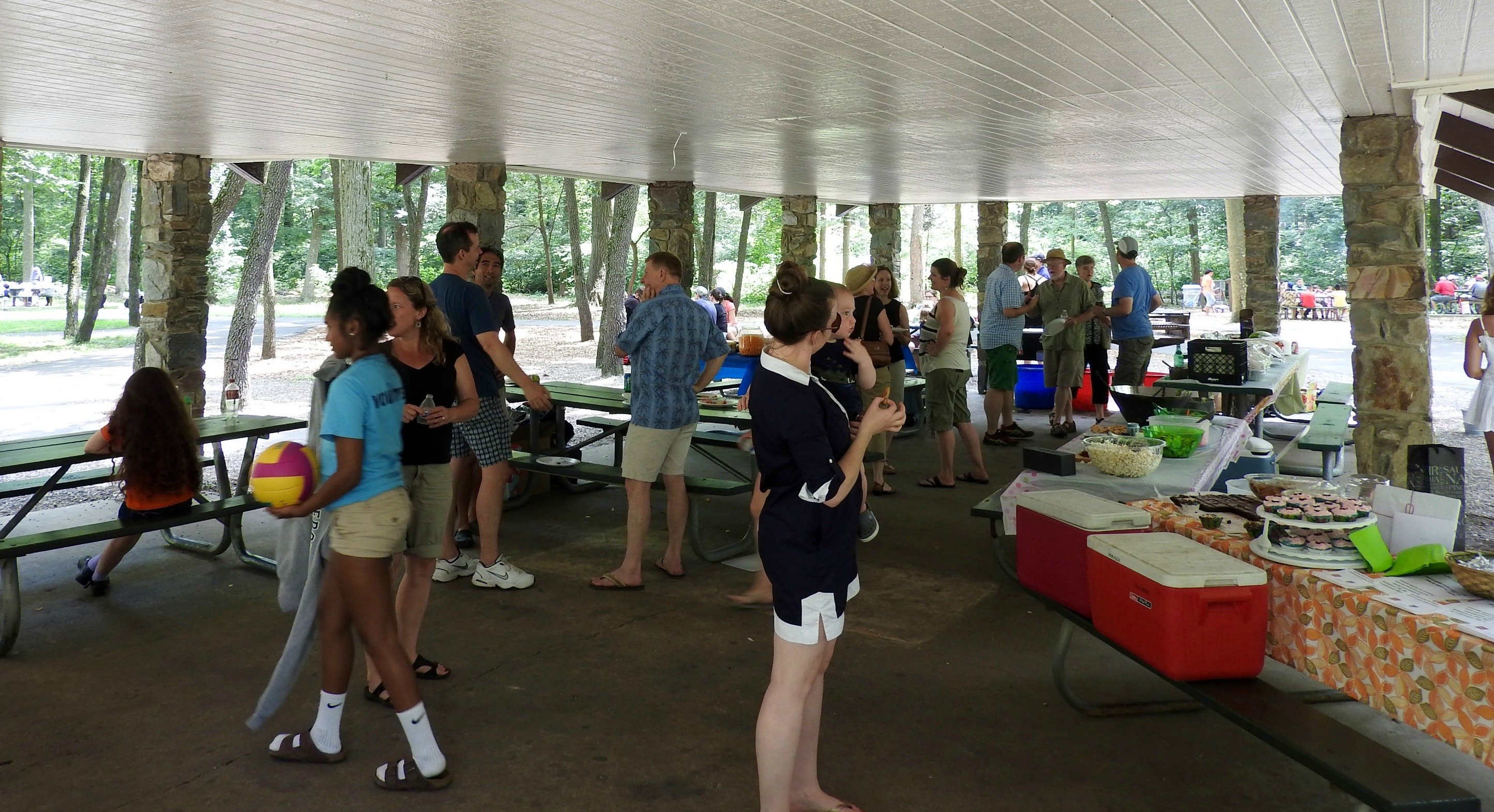 Finally, it was time for Shoo’s tryouts and my run. I knew I wouldn’t get in 13.1 – the tryouts were only an hour and a half.  And then they weren’t. Yep, lightning again. We ended up waiting for almost an hour, but no luck. (Of course, everything cleared out completely a half hour later. Grr.) 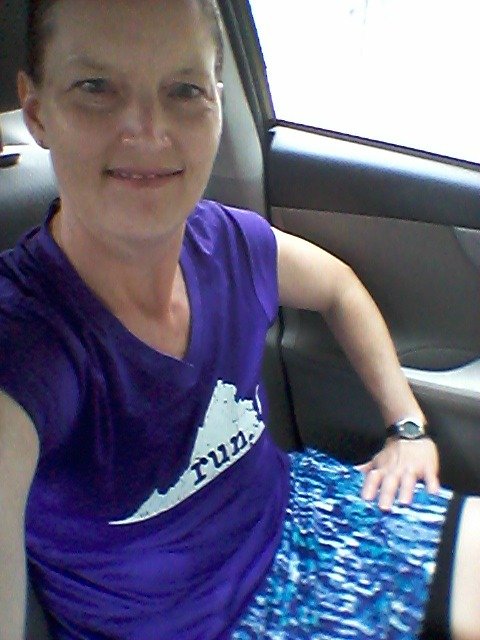 So, that was my weekend. Crazy busy. This week starts my marathon training and I haven’t even sat down to put the plan on my calendar. Oops.

And Tuesdays on the Run for this week, we are talking about why we run solo or with a group. I want to hear about some awesome groups and see some cool pictures!

And now I’m off to take Jones to the doctor for a possible strep throat. The fun never ends around here…