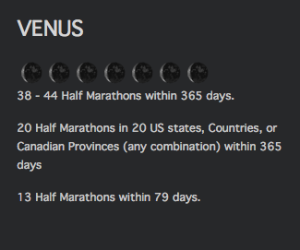 As it turns out, harder than I realized.

Not the physical aspect.  I’m trained.  I can run 13.1 and know I’ll finish.  Sometimes it may suck. Yeah, Kentucky, I’m looking at you.  And there may be more walking than I like.  But I can do it.  And mostly I can do it well and have fun while doing it.  In fact, barring something stupid like tripping over my own two feet (BTDT), I’m not really worried about my body not being able to complete the challenge.

But, holy cow, am I tired of this challenge.  I have called in pretty much every favor anyone owes me.  I’ve missed soccer games (or arrived smelly and sweaty from a race).  I’ve dumped a bunch of activities on Beer Geek’s lap.  I feel like I’ve been constantly playing catch up on my sleep because I have a race nearly every weekend.

But the end is in sight.  I have three more races. 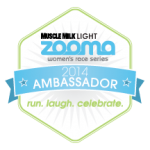 I have learned a lot from this whole adventure and I’ll share that in a few weeks, but one of the biggest things I’ve learned is that I love running and racing, but I don’t love it when it’s my main priority.

Want to join me for my victory lap?  I’d love to see you at ZOOMA.  Make sure you register before the rates go up on May 17th and make sure you use my code:  ANNAMB8 to get 10% off!  What are you waiting for?  You know you want to be there with me!!!