Last week was an, umm, adventure.

After I slammed my chin into the ground, I had a vested interest in getting my face to stop bleeding.

I had a big date with Dimity and Sarah of Another Mother Runner.  Ok,  there were about 300 other women there.  But we know it was all about me, right?  ;o) 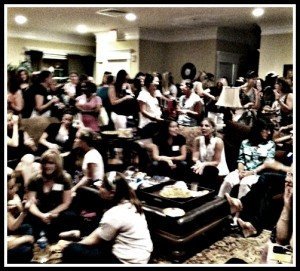 If you aren’t familiar with DC, you may not know that a party in Gaithersburg, MD might only be a little over 25 miles from Arlington, but could potentially be hours away.  It’s a high speed, heavy traffic, curvy, accident prone drive away.  I’ll be honest and say I was completely bummed when they chose MD for the event.  At least there was plenty of parking…

I met up with two moms from the local Moms Run This Town group to carpool up.  I drove, which was probably crazy as I get lost the minute I cross the border into Maryland, but I was the only one who didn’t have to move carseats.  (Older kids = bonus!)  After a relatively uneventful hour long drive, we arrived to a short line.  We got a raffle ticket and headed in to a lovely room with lots of yummy snacks (did I mention I couldn’t chew AT.ALL?) and drinks. (No wine for me, as I was driving, but apparently everyone else indulged enough that they ran out after the first hour LOL).

During the beginning cocktail party, I managed to sneak up on Sarah and get her signature on my RLAM book. (Stalker? Me? No…) 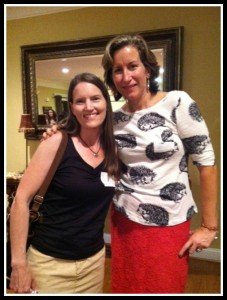 Then I had the pleasant opportunity to run into a long time blog reader (hi, Elizabeth!).  Surprisingly, I was also recognized by another reader!

Then I got another awesome surprise:  I ran into Jen!  I don’t see her often enough, so it was lovely to catch up for a bit. 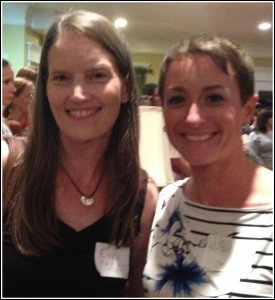 Then Sarah and Dimity began their readings, interspersed with giveaways.  They gave away gift cards to Saucony and 110% compression, as well as a bunch of other smaller items like nuun, Knuckle Lights Larabar, and Swiftwick socks. 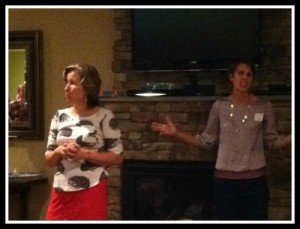 I, of course, made the obnoxious comment that I’d probably win the lights since i never run outside when it’s dark.  Yep, I won them LOL.  Now I feel the need to actually run outside at night. 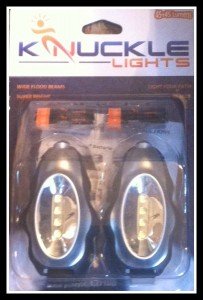 After the giveaways, we all got some awesome goodie bags and I got to be part of a group picture with MRTT and we hit the road. 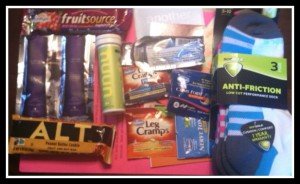 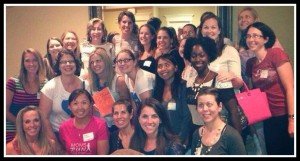