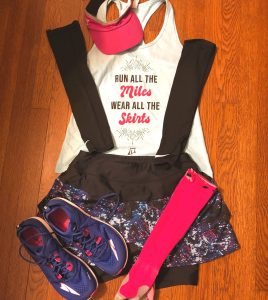 Freedom's Run MarathonOctober 5, 20195:49:54 Temp: mid-40s to mid 60sWhat I wore:hat, tank top, a Skirt Sports Cascade Skirt, compression socks, and Altra Kayenta I ran this race as a training run for the Marine Corps Marathon 50k. I was warned ahead of time that the second half was crazy hilly, but I wasn't worried because I had zero time goals. Spoiler: I should have been worried. I decided to "sleep" in my own bed the night before, so I got up super early and made the drive out to Harpers Ferry. I got there in record time and picked up my bib and shirt. I then hung out in my car - right next to the start line! I literally put my "throw away" sweatshirt back in my car as the gun went off. The first part of the course … END_OF_DOCUMENT_TOKEN_TO_BE_REPLACED 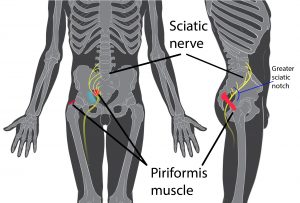 Two weeks ago, I ran a pretty decent 20 mile run. It was the first time in YEARS that I'd run that far in training. I beat my pace goal, I felt good the whole time, and I managed to actually eat something on the run. Thank goodness for rice krispy treats! I wasn't even sore afterwards. I even ran a speedy (for me) 6 mile run as part of a relay race two days later. And then things started to fall apart. I've had some tenderness where my glute and hamstring meet off and on all summer. It never really hurt - felt more like DOMS actually. But it hit at random times, including when I wasn't even working out. As a typical runner, I ignored this whisper and went about my training plan. Last week, I cut every run short, not … END_OF_DOCUMENT_TOKEN_TO_BE_REPLACED 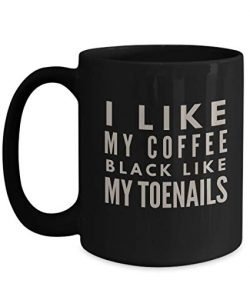 As I sit here with my coffee, it's only 74* out. I know that is still warm, but it's way better than it's been for most of the summer. Of course, I'll be much happier when the temp starts with a 5 or a 6, but I'll take a teeny tiny cool down.  Since it's the first weekend of the month, it's time for coffee! If we were having coffee, I'd tell you that yesterday's 20 mile run was a huge confidence booster. The Marine Corps Marathon 50K has a required 12:30 pace per mile and lately my runs have been barely that, even when I'm only running a few miles. But yesterday I decide to do Galloway running because it was most important to just get the miles done. Not only did I finish, I averaged a 12:06 pace. Since you really only have to … END_OF_DOCUMENT_TOKEN_TO_BE_REPLACED 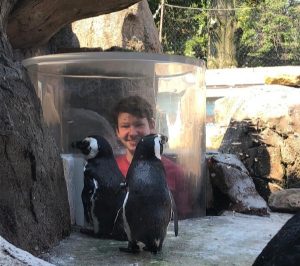 It's hard to believe that tomorrow the kids go back to school (never mind that most other schools are already back in session.) It feels like just yesterday that we were celebrating the end of another school year. But we had a good summer and this is a huge year here - Jones (who was 7 when I started this blog!) is a senior this year and Shoo is in his last year of middle school. Seriously, where did my babies go? We managed to pack a lot into this summer! Jones and I visited 7 colleges, 2 zoos, an aquarium, an ornithology lab, and an aviary. Shoo got to visit Beer Geek's family, got bitten by a salamander, built his own road bike, and has gone on a few double digit mileage bike rides. On the running front, I got to run a … END_OF_DOCUMENT_TOKEN_TO_BE_REPLACED 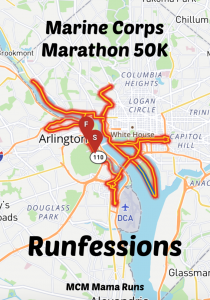 How is it the end of August? Wasn't the beginning of the summer just yesterday? Back in June I thought that this summer would be a laid back, time to get things done, plenty of time to run summer. Somehow it wasn't, which has definitely lead to some runfessions for August. I'm heading into the runfessional with Marcia right now. I must runfess that I planned to do a lot of running before and after my Minnesota Ragnar. That's my usual training method and I know it works for me. Instead, I managed to scratch my eye the weekend before, which meant no contacts. In my world, that means little to no running. So, I took three days off before Ragnar and then ran one 3 mile run without being able to actually see where I was going. Not … END_OF_DOCUMENT_TOKEN_TO_BE_REPLACED 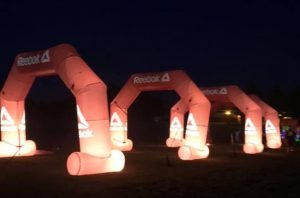 At the beginning of the year, I took a look at the Ragnar calendar and realized I only had one race that really fit my calendar and budget: Ragnar Minnesota. Everything else was going to be difficult to squeeze in or involved expensive flights. So, I started reaching out to old teammates, close friends, and a few bloggers to try to create an Ultra team, like we had in Pennsylvania. Long story short - FAIL. One teammate got injured and needed surgery, another had a vacation schedule change, another had other commitments, blah blah blah. After a while, I gave up and decided I'd just run the Madison Mini again. But then I happened to see a post on the MRTT Ragnar group that a team was looking for runners.  I spent 10 minutes reaching … END_OF_DOCUMENT_TOKEN_TO_BE_REPLACED 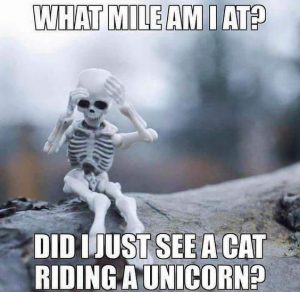 How on earth is it August? July FLEW by this year. I'd say I'm not even sure what I did, but really I spent it running, visiting colleges, and trying to keep up with my 3 jobs. Oy. I've drunk an unreasonable amount of coffee to make that happen. So today I'm joining Deb and Coco for a coffee date. If we were having coffee, I'd tell you that my training for the 50K is going surprisingly well. (Ask me again tomorrow after my long run.) I've upped my overall mileage and I ran a half marathon at my goal pace last weekend and, except for an awful mile 12, it went well. I'm currently 24 days into a run streak and yesterday I ran twice. And my body seems to be holding up well. If we were having coffee, I'd tell you that I managed to … END_OF_DOCUMENT_TOKEN_TO_BE_REPLACED 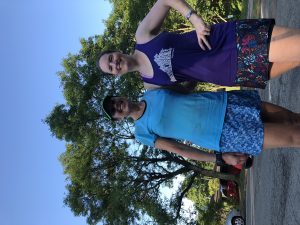 I can't believe we are nearing the end of July. I feel like all I've been doing is running, drinking beer, and taking my kids places. Jones and I are currently on another college trip - this time to Ohio. In four days we are hitting four colleges, 2 zoos, an aquarium, and an aviary. I'm tired already. So let's get to the runfessing with Marcia... I must runfess that I've hit that point in summer training when I am just DONE. The heat combined with the miles is just not my cup of tea. That's not to say I'm not doing it, but it's certainly been more of a mental challenge. I am proud of myself for hitting the trail at 4am with a friend for my last long run. Four.A.M. If you've been reading for a while, you know I don't ever choose to … END_OF_DOCUMENT_TOKEN_TO_BE_REPLACED 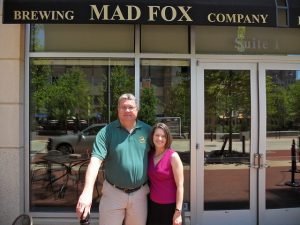 Many many years ago, we met a young brewer and I fell in love with his beers. OK, one beer in particular - his Wee Heavy. The brewer, Bill Madden, moved around a few times to other breweries and Beer Geek and I followed him wherever he went. I don't know if he knew he had a fan girl, but I was totally that girl. And then about 10 years ago, we had the chance to be involved when he opened his own brewpub. Over the last 9 years, I have spent many many hours at Mad Fox and with the amazing friends that we have made through there. I got to brew Wee Heavy once... I celebrated my 40th birthday there... We celebrated our 20th anniversary there... We spent more weekend days than I can count at festivals … END_OF_DOCUMENT_TOKEN_TO_BE_REPLACED 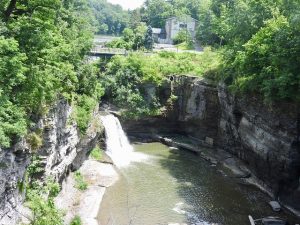 Welcome to crabby season over here at MCM Mama. Y'all know I hate the heat of Virginia summers, so I always go north as often as possible (or run off to Australia and New Zealand where it's winter.) This weekend we visited Ithaca, NY and I was greatly disappointed by how warm it was. But there's a lot going on over here, so I'm joining Deb and Coco for a coffee date. If we were having coffee, I'd tell you that we are in Ithaca to visit Cornell University. When you have a kid who loves bugs and birds, it's kind of the place to go. (I've told you about our hissing cockroaches, right?) But man, it's crazy competitive and far from cheap. But who wouldn't love to go to a school with a waterfall in the middle of campus? If we were … END_OF_DOCUMENT_TOKEN_TO_BE_REPLACED 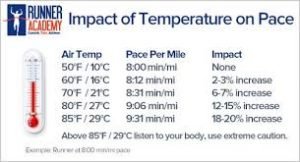 Every spring, my FOMO overrides my common sense and I end up signing up for the Marine Corps Marathon. It's kind of like having babies - you conveniently forget the bad parts and only remember that cute squishy baby you ended up with. This year, FOMO REALLY got the best of me and I ended up signing up for the Marine Corps 50K. Know what that means? It means I'm already up to 16 mile long runs. (For those playing along at home, I usually use Hansons Marathon Method, which means 16 miles is my longest marathon training run. Yeah.) So, for the first time in years, I'm running some really long runs during the hottest months of the year. Yes, we are talking 80+ degrees with matching humidity. Running when the air feels like you are breathing … END_OF_DOCUMENT_TOKEN_TO_BE_REPLACED 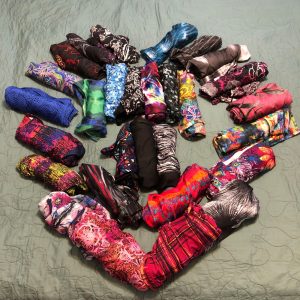 Temperature wise, we are in full on summer. This week has been in the high 80s/low 90s all week, sometimes with matching humidity.`Welcome to Virginia in the summer! But mentally, we are barely there. School just ended last week. This week Jones has been in a full time training for the work he'll be doing this summer. Shoo has been lazing, but also just joined his summer activity. While I'm excited for both of them to be doing the cool programs that they are doing, the schedules will be erratic, so I'll be juggling a lot this summer. Which leads me to Marcia's runfessional... I must runfess that I hate having a training plan in the summer. Our schedule during the school season is pretty consistent, but we are all over the board … END_OF_DOCUMENT_TOKEN_TO_BE_REPLACED