You are here: Home / Altra Running / Runner’s World Half and Festival – Trail Race with Altra

Obviously I did not break an ankle, but I’m going to credit pure luck with that one, rather than any particular skill on my part.  Prior to this past weekend, I’d run only a handful of trails ever – a couple of the Mainly Marathon races were on trails and I’d done the North Face Endurance Half (or 14.5 miler, whatever) a few years ago. None of these were particularly technical and I don’t even own a pair of trail shoes.

Friday afternoon, we were delivered to the start line with enough time to pick up our bibs, but not enough time to worry about the race. (That’s ok, I’d spent the last hour worrying about how many layers to wear and whether my new running shoes matched my skirt. I know.) I did choose to wear the Impulse that Altra gave me and it turned out to be a good choice. 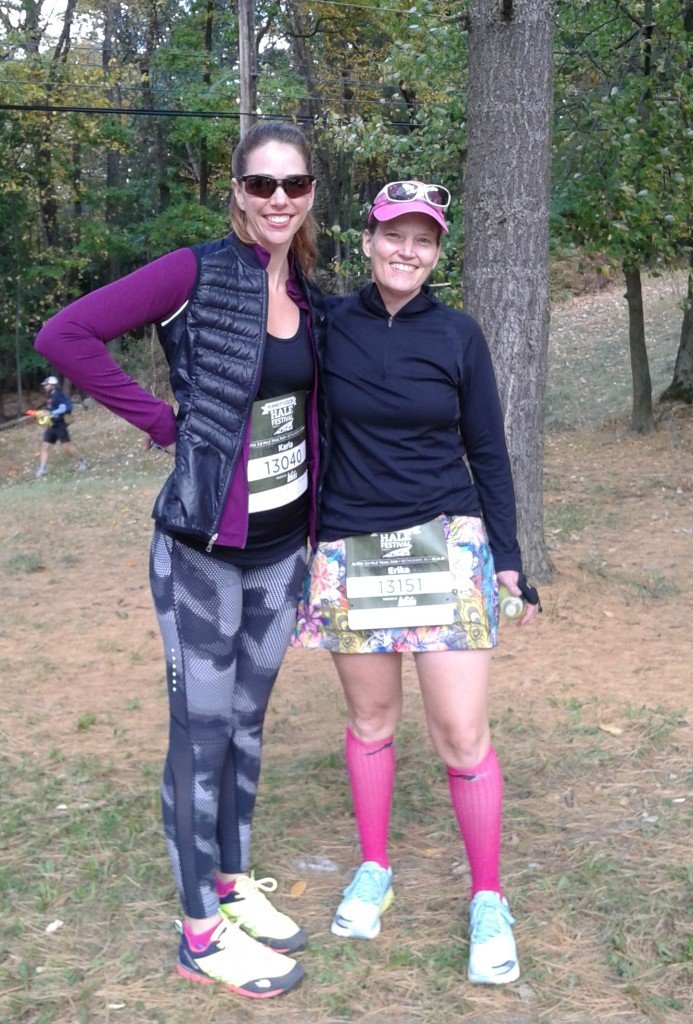 I placed myself sort of mid-pack and we were off! The race started on a road and wide path, but I knew from the morning that we would quickly be heading into the rock garden. The rock garden was a special kind of hell for this trail running newb (as my children would say). Very uneven footing with tons of different sized rocks. No flat ground. Running this part was not an option for me. Heck, I could barely walk it!

Once we got through the rock garden, the trail definitely had runnable moments. There were a fair number of hills, but hills don’t bother me – my issue was trying to stay on my feet. 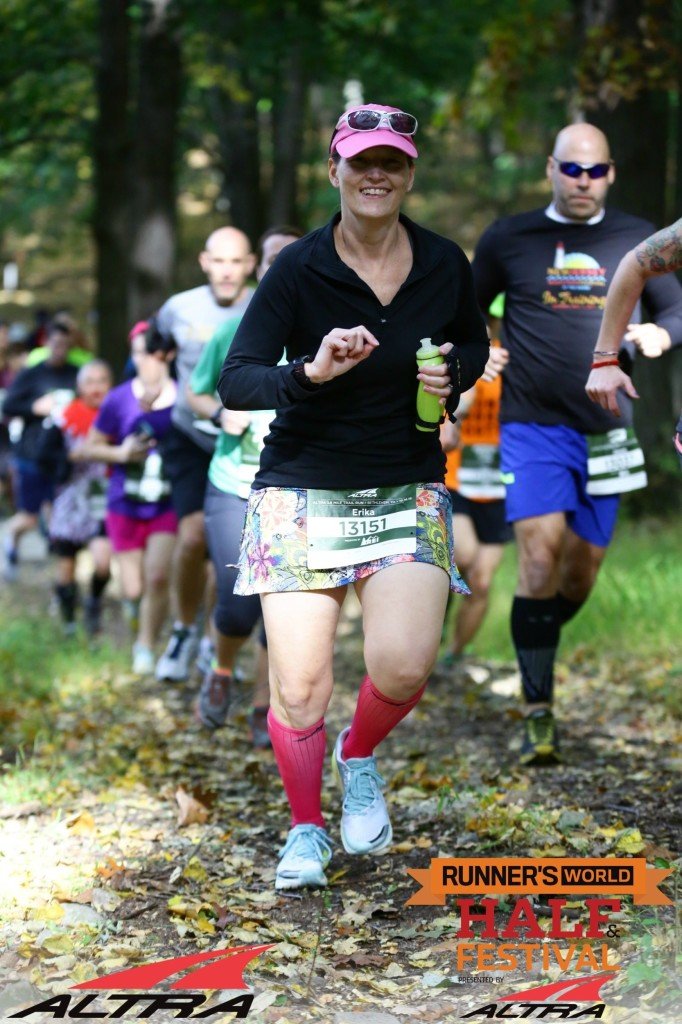 I tucked in behind a dude in a tulle tutu with the goal of keeping up with him. I know from the morning run that the course was lovely, but I never looked up from the ground! 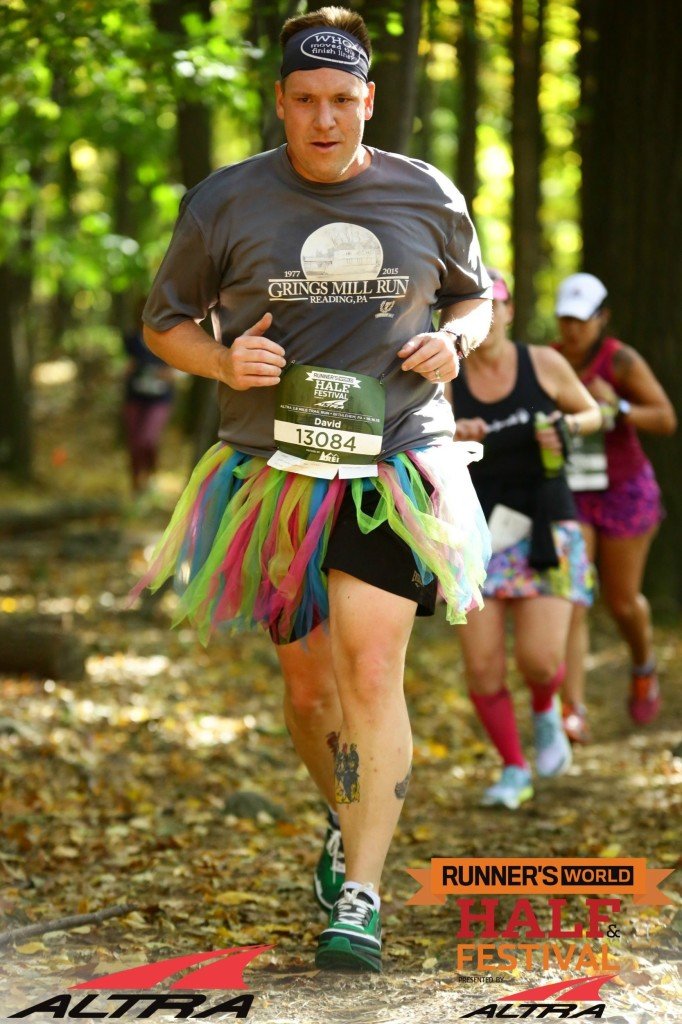 I didn’t love the single track out and backs, but I never had trouble passing or being passed. I was just afraid I was going to trip and take down multiple runners. 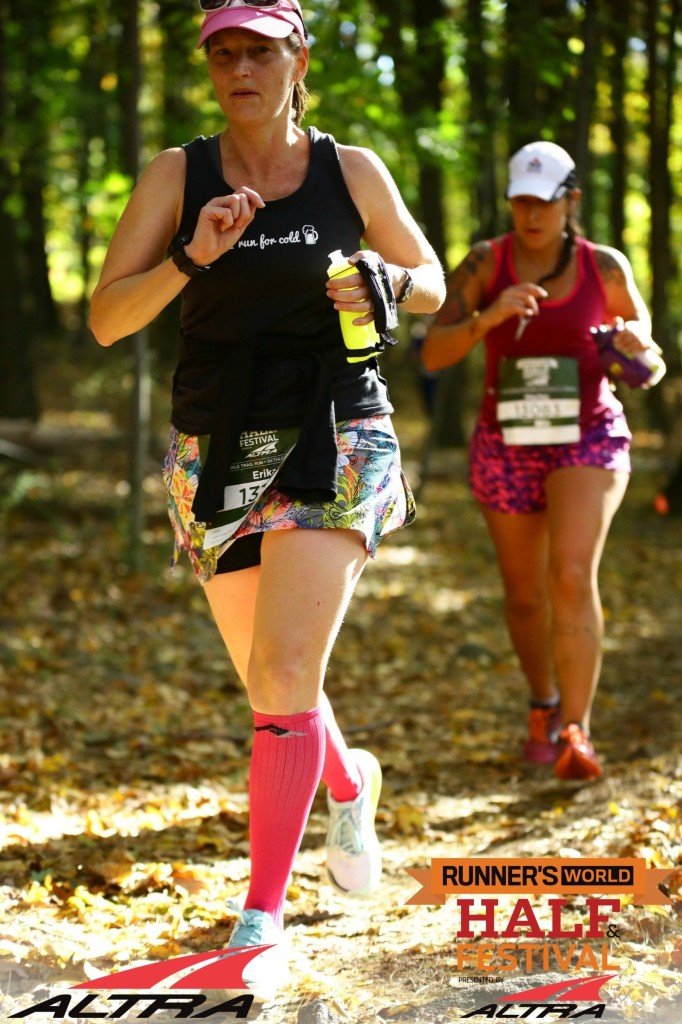 Finally, we reached a brutal (but not technical) uphill followed by a screaming fast downhill into the finish. I forced myself to run the uphill and then just let loose and flew down the hill (I love a good downhill!) I crossed the finish line and then proceeded to nearly cough up a lung. 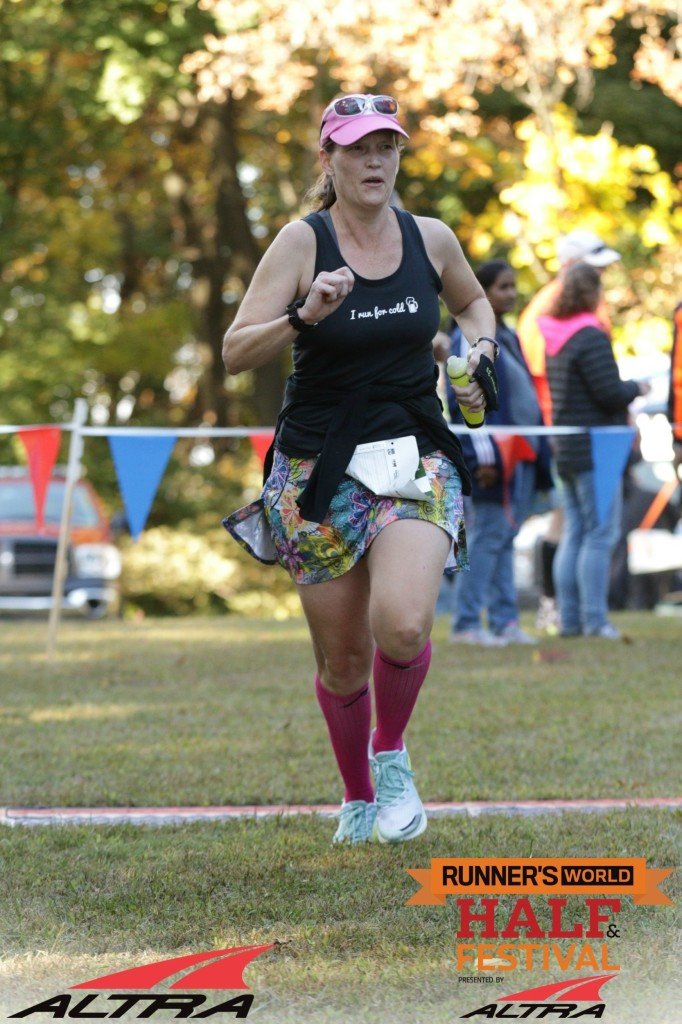 Instead of medals, we got bags and water bottles from REI. Very cool and very useful. 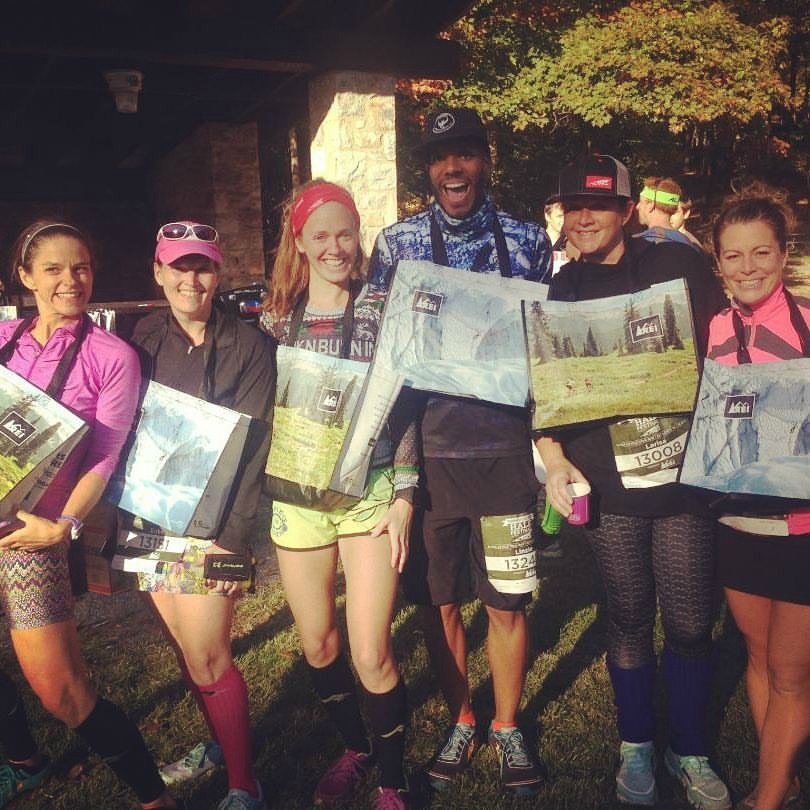 I grabbed a piece of pizza and hung out chatting with the other bloggers and some of the Altra Running guys. 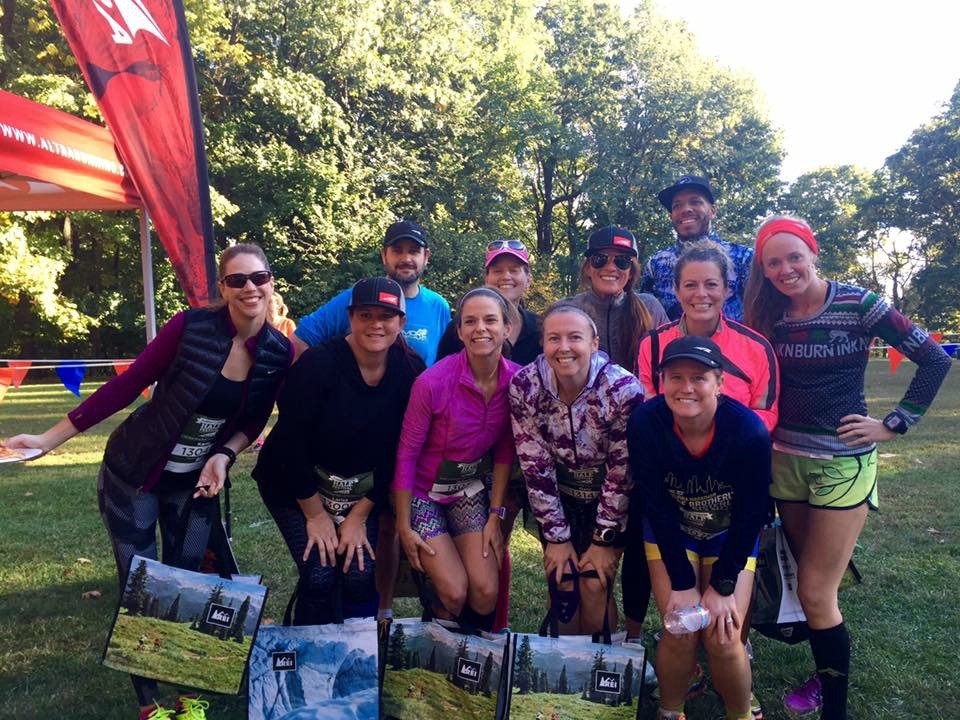 I wish I’d had more time to watch Golden’s trail running presentation (he won the race, by the way!), but it was time to head off to the expo to pick up our packets for the remaining 3 races.

Here are a few “newbie” tips for trail running:

I’m linking up with Mar, Cynthia, and Courtney for Friday Five.