We are here! Today I am running the first of 6 half marathons that are part of the Mainly Marathons’ Center of the Nations series, starting in beautiful Baker, Montana. We’ve had a busy but fun trip so far.

We got up at stupid early on Saturday morning and got to the airport by 5:30am. YAWN!  We got through security with no issues and took off right on time. I planned to do work on the plane, but we were on the only plane I’ve been on in a while that did not have internet. What??? Frontier passed up a chance to charge us for one more thing??? Shocking! Oh, well, I enjoyed reading for the whole flight. Funny thing is that I chose to read a book I was previewing for Jones and ended up totally sucked into the story!

We ended up landing 20+ minutes early, we got our rental car quickly, and immediately headed to Skirt Sports for their anniversary celebration. The Boobie Run was being held to celebrate 11 years since Nicole DeBoom won Ironman Wisconsin wearing the first ever running skirt! So, it seems highly appropriate that I got to celebrate by meeting her! 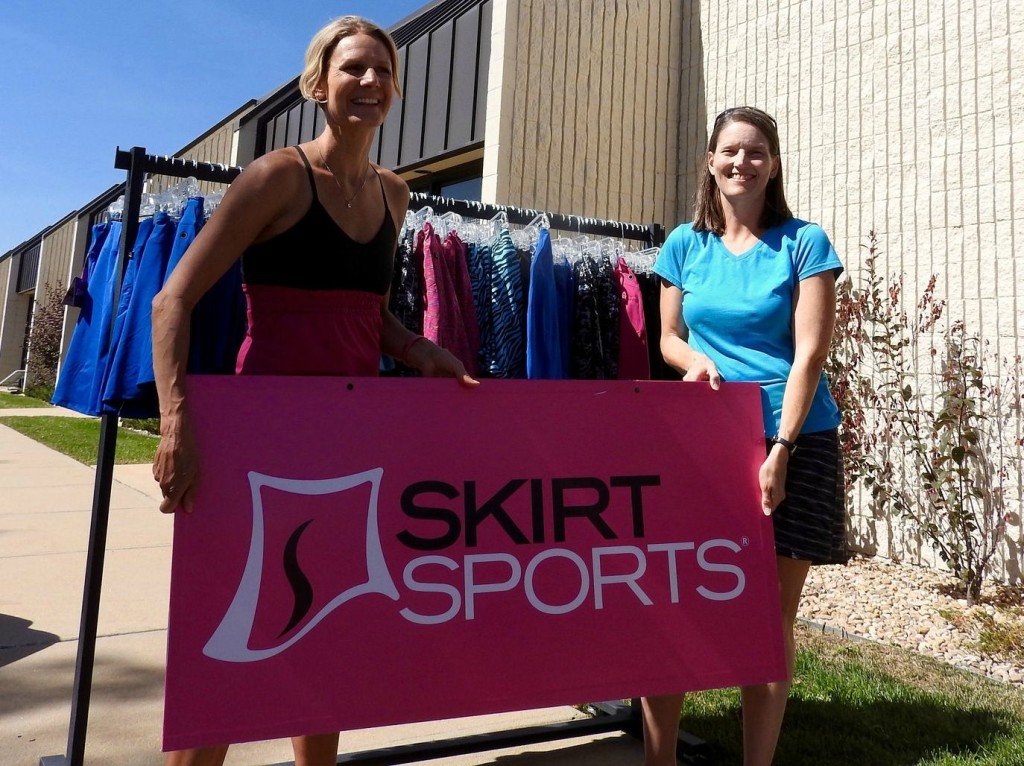 I also got to meet a number of Skirt Sports ambassadors and the lovely woman who handles the ambassador program. One of the ambassadors even brought me a beer to take with me! Thanks, Joy, the beer was awesome! 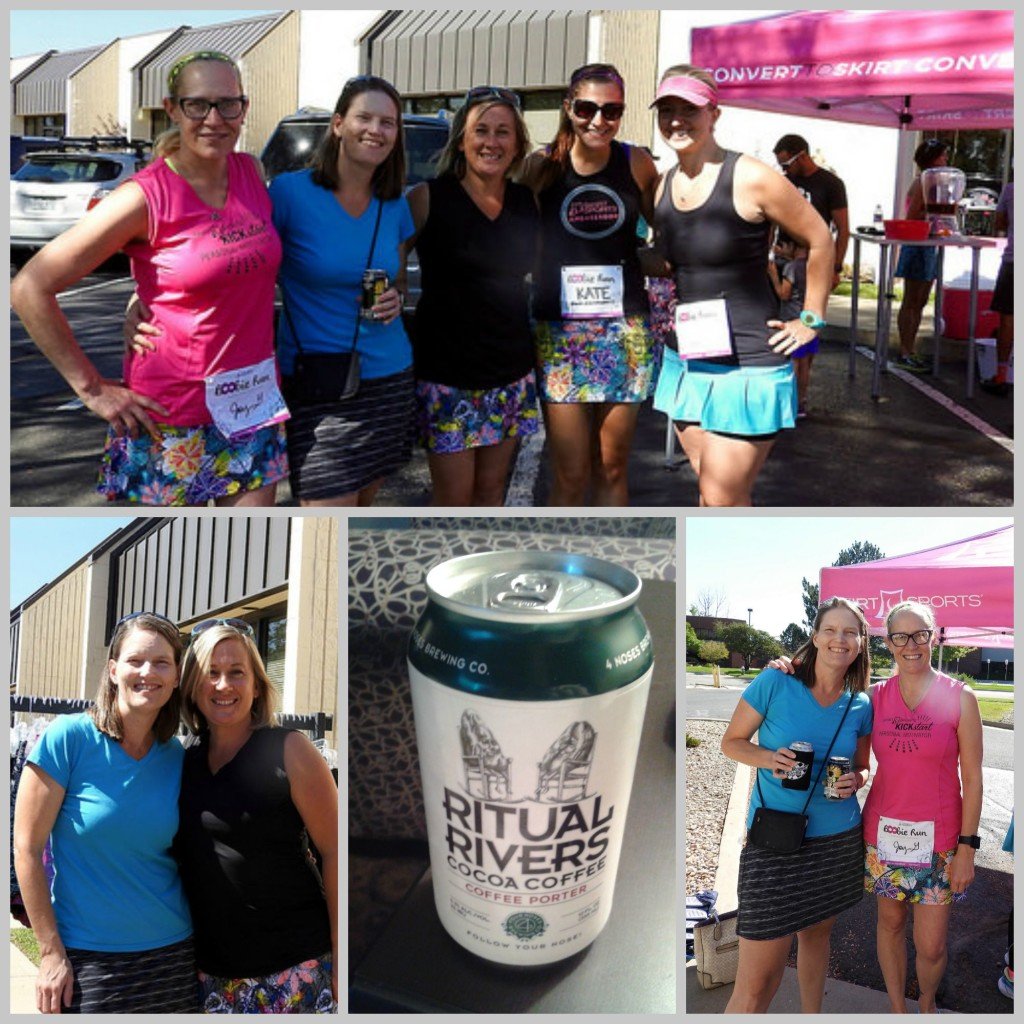 After a Ska Brewing beer and some fun conversation, I won an Ultimate Direction waist pack, which was super cool! I’ve been wanting to try a different water holder for my long runs (I’m starting to have shoulder issues from carrying a handheld for so many miles.)

Then it was time to shop! And shop I did. I bought the Happy Girl and the Go the Distance tight in the new dream pattern, as well as the awesome new Downtown Reversible skirt (affiliate link) (It’s furry!!!!) and a reversible jacket that’s so new it’s not even on the site yet! (It’s furry on one side too!) 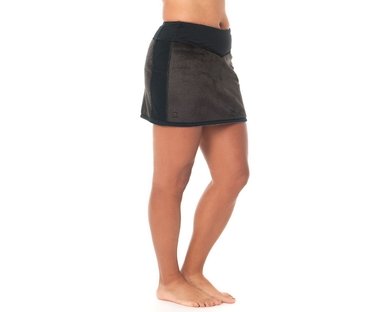 After way too short a time at my favorite place, we headed to Avery Brewing for lunch and a beer taster. The lunch was amazing and the beer was tasty. I splurged and bought myself a cute long sleeve t-shirt and we stocked up on some beer to drink while on our adventures. 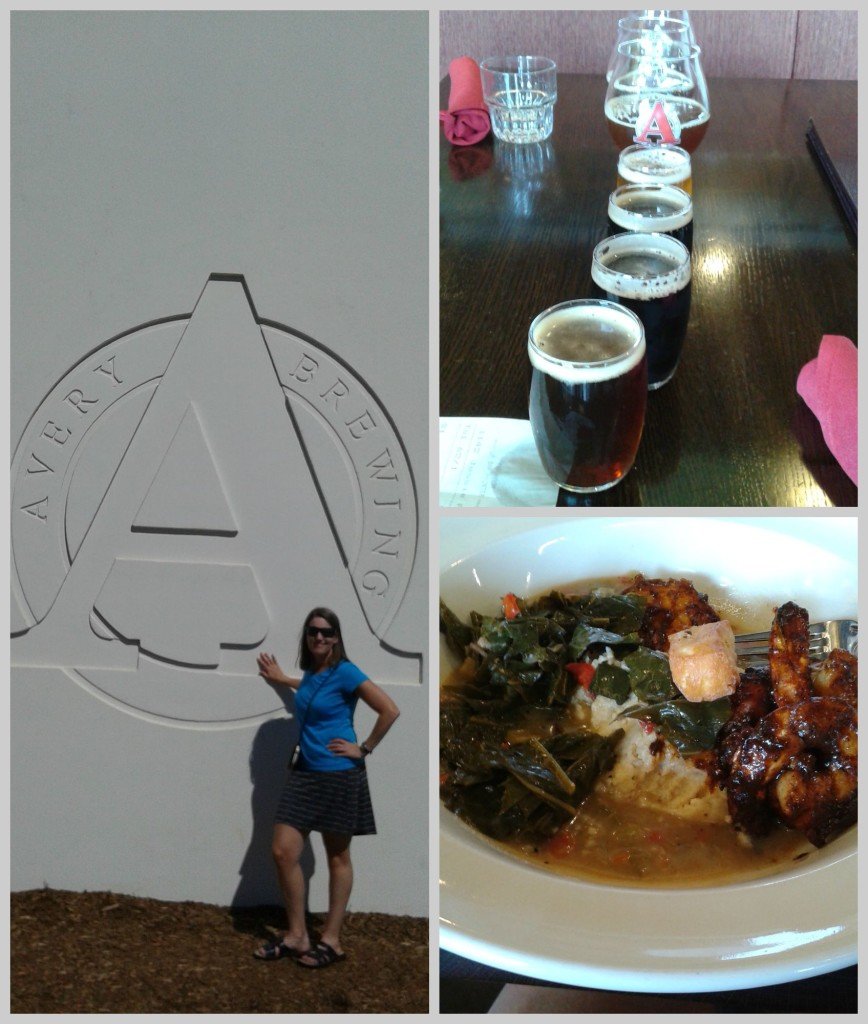 Then it was time to head out. We headed north to Wyoming on our first day, stopping at Fort Laramie for a short walk and a break from the car. 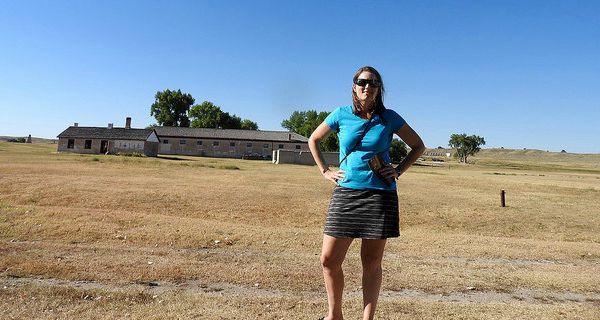 Sunday morning it was time to head to Montana. Have you ever been out to this part of the US? It’s beautiful, but towns and people are few and far between.  My cell phone operated as a camera and e-reader for the majority of the trip with zero cell connection!

On the way to Montana, we stopped at Devil’s Tower, which some of you may know primarily from Close Encounters of the Third Kind LOL. (Note that the Ultimate Direction waist belt came in handy!) 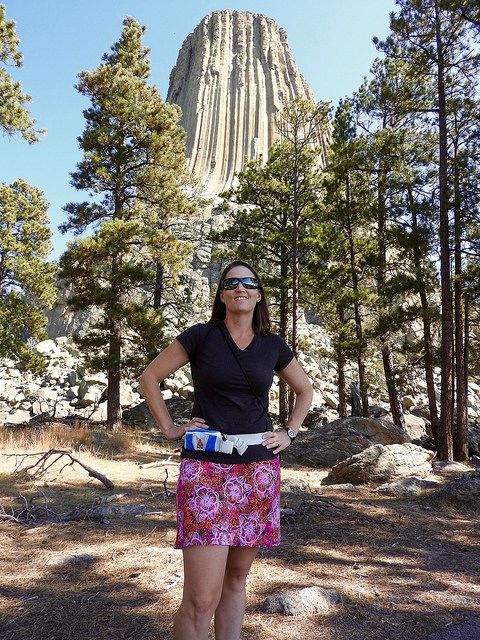 We walked the path around the tower, had a picnic lunch and then did a little hike through the prairie dog area. 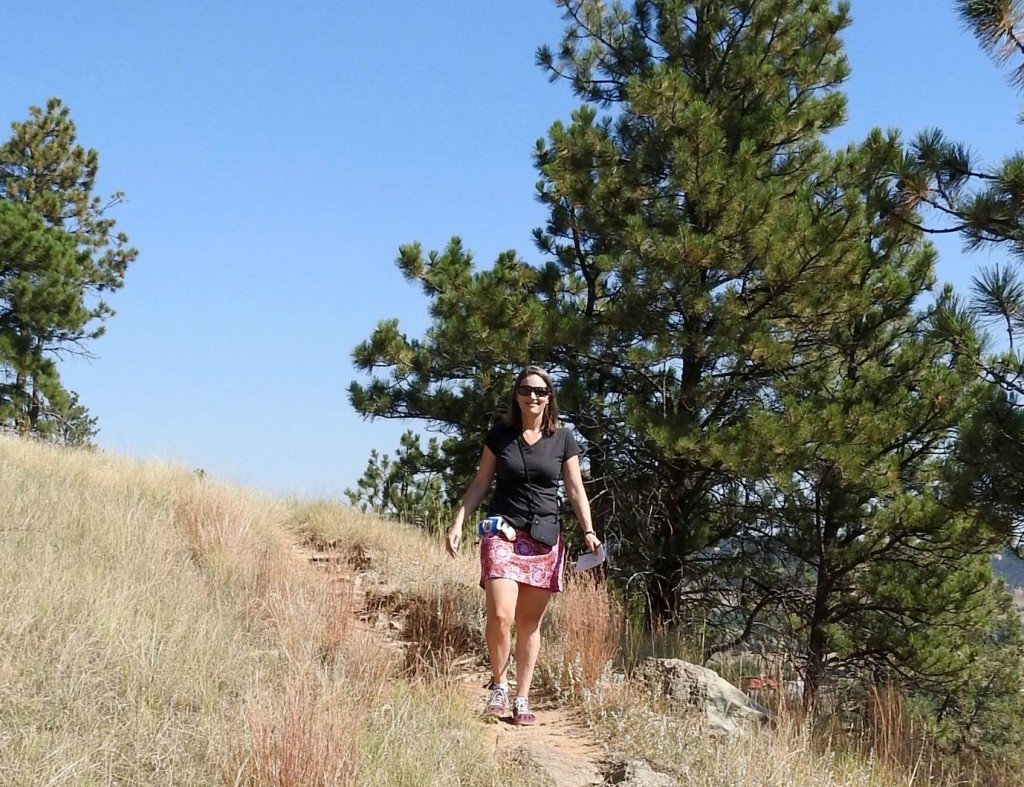 Then we headed on to Baker, MT. Beer Geek has a thing for county counting, so we took the scenic route AKA the route where we drove 100 miles without seeing another car. Freaky!

Finally, we got to Baker and checked in and then headed over to packet pickup.  I’ll be running the half marathons and Beer Geek is walking the 5ks at each state. We got our awesome shirts, my starter medal (we get the state pieces at the end of each race), and had a bit of pasta dinner while socializing.

To celebrate my adventure, I’m joining in the Fall into Fitness giveaway that is being hosted by Runaway Bridal Planner and HoHoRuns. See below to enter my giveaway of your choice of $25 gift card to either Skirt Sports, Sports Authority, or Amazon. And then go enter all the other cool giveaways! 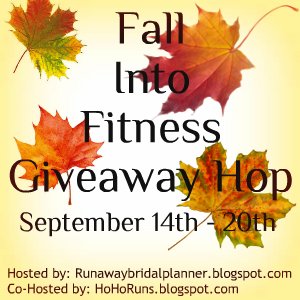 Disclaimer: I am a Skirt Sports ambassador, but I am purchasing the gift card with my own funds. All opinions are my own.

I am also linking up with HoHoRuns, Missippipiddlin, and Her Heartland Soul for their Monday linkups.