You are here: Home / food / Subway #pileontheveggies, Maleficent and a Giveaway

I’ve never made a secret of my love for Subway as a recovery food.  I had a Subway sandwich after every single race the first time I ran 5 half marathons in 5 days.  I loved that I could put a ton of veggies on my sandwich.  In fact, that’s the main reason I like Subway: the sheer number of veggie options.  My kids seem to have inherited my love for Subway as well (or perhaps it’s that they’ve seen me eat it so often…)

We don’t go to movies often during the school year, but in the summer, hitting the movie theater on a hot day is just the thing.  Use someone else’s air conditioning while being entertained?  Yes please!  So, I convinced the boys to go with me to see Maleficent.  They weren’t exactly excited after hearing it was based on Sleeping Beauty, but they grudgingly agreed.  Turns out, it was so not a “girl movie”.  I’m not going to include any spoilers, but the movie was action packed and had a few twists that I was not expecting.  Definitely entertaining and we all enjoyed it.

After the movie, I had to head to work, so I swung by Subway and grabbed the kids some lunch before I took them home.  I discovered that Jones eats a 12 inch sub now!  What?!?!  Shoo was happy with the new kids meal, although our Subway offered juice or milk, so as you might guess, he chose juice.

Know what else is cool about the kids meal?  The bags!  They had several options, including a few from Maleficent. 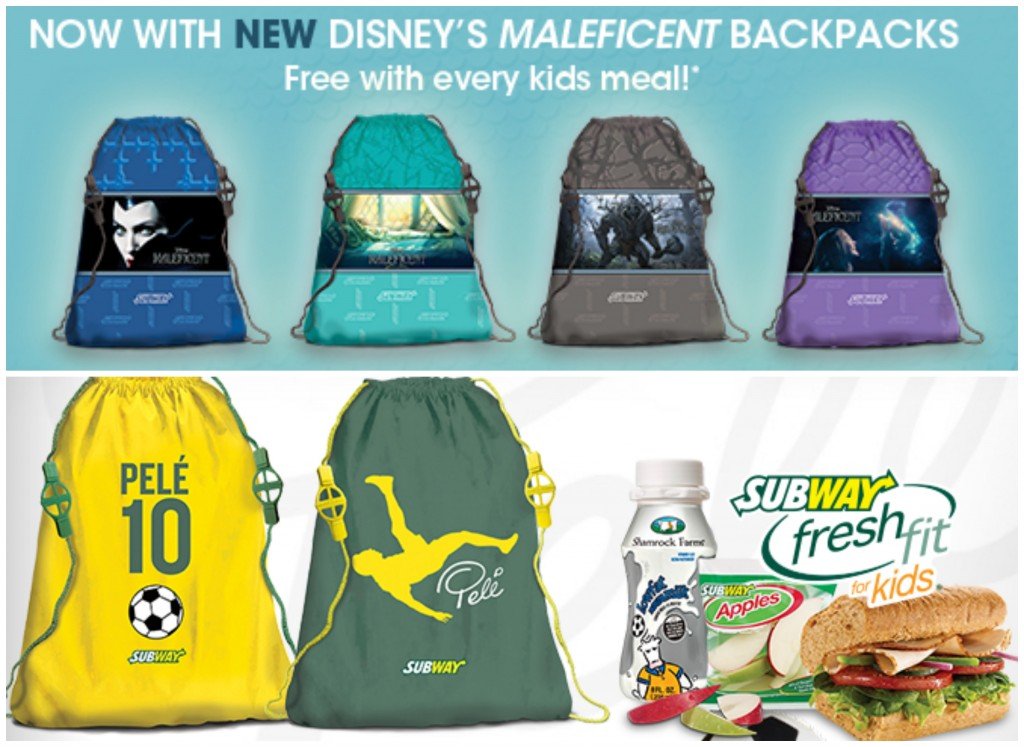 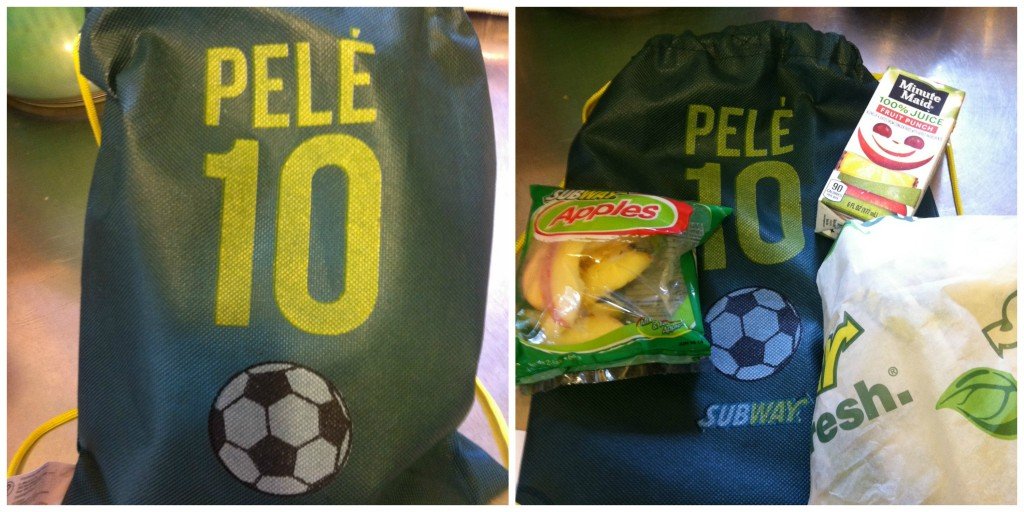 All in all, it was a fun summer activity for all of us.

Want to do the same?  I’m giving away gift cards for Subway and for Fandango so you can go too!

What’s your favorite veggie to add on to a Subway sandwich?