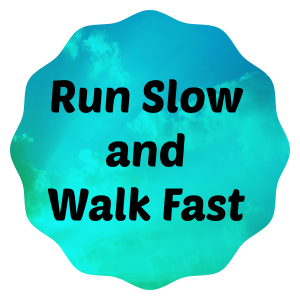 You all know I like my crazy little running adventures. After all, I managed to train well for two marathons in the same weekend and walk away with only a bit of soreness. (Let's not talk about why I have not managed to train well for MCM. We'll just ignore that elephant in the room.) I've run 7 half marathons in 7 days, 2 marathons in the same weekend followed by Ragnar a few days later, etc. (We also aren't going to talk about the bright idea I got today to run Ragnar on an ultra team. Or the fact that I had no trouble finding crazy people to join me.) So, for today's Tuesdays on the Run topic, "What's your best piece of running advice?", I'm going to share a piece of advice I was given by an older gentleman who was running 7 marathons … END_OF_DOCUMENT_TOKEN_TO_BE_REPLACED 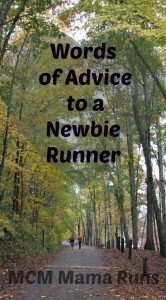 "If I only knew then, what I know now..." What words of advice would you go back in time and tell your new runner self? That's our topic for today's Tuesdays on the Run. What things have you learned in your years of running that would have made your past running better? Maybe your words of advice will help someone who is just starting out. My number one piece of advice? Listen to your body. I don't get injured often (thankfully!) but when I do, I always make it worse by continuing to train. I'm pretty sure that a few days of rest at the first sign of pain would prevent the numerous visits to the chiropractor over the years.  Even if I still ended up at the chiropractor, hopefully listening to my body would have made the … END_OF_DOCUMENT_TOKEN_TO_BE_REPLACED 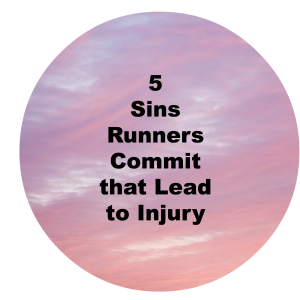 Sometimes it feels like "runner" is synonymous with "injury". I mean, how often do you open up a blog post to read and find out that one of your favorite running bloggers is dealing with an injury of some sort?  Shin splints, plantar fasciitis, stress fractures, achilles tendonitis - which one do YOU have?  But it doesn't have to be that way!  That's why April, Patty and I have suggested  "injuries" as the topic for this week's Tuesdays on the Run. Have you ever heard of Berenstain Bear's Bike Lesson? (No? Go. Read it now. Love that book!) "This is what you should not do" Sin 1: Ignoring that little niggling pain - Oh yeah, I do this one all the time.  One thing I was told in my RRCA coaching class was that if it hurts when you … END_OF_DOCUMENT_TOKEN_TO_BE_REPLACED