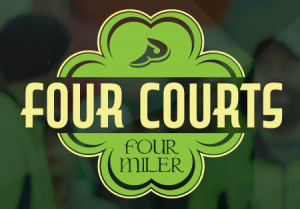 This weekend was cold! It would have been cold even if we'd had a normal winter, but after wearing a tank top on Tuesday, 24 degrees and windy was a shock to the system. Too bad though as we had the Four Courts Four Miler to run. Back in December, Pacers (a local race company) had a sale on races - if you bought 5 or more races, it was 50% off. I used to race their races all the time, but got so busy with half marathons and kids and other life stuff that I stopped. But hey, with that kind of deal, who could resist? Saturday was my second race of the five that I purchased: Four Courts Four Miler. As I mentioned on Friday, there's so much to love about this race, except that it's often quite cold. This weekend, the race did was both … END_OF_DOCUMENT_TOKEN_TO_BE_REPLACED 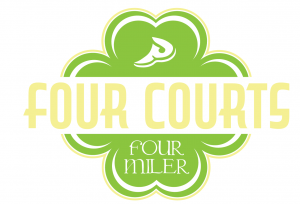 This week has pretty much chewed me up and spit me out. I'm so glad to have actually survived until Friday, mostly with my sanity intact. It was one of those weeks where we were all going in too many different directions. It was one of those weeks where my runs did not follow my plan at all. I was running purely for stress relief or, as I said on Facebook, running was my version of "put your oxygen mask on first before helping others." On the bright side, we've survived the week and Beer Geek and I have a race tomorrow. If you are local, you should join us. Guinness after the race - I'm not going to lie - it's a great race but the absolute highpoint of running it is a Guinness at 10am. Wicked fast downhill start - Nevermind that … END_OF_DOCUMENT_TOKEN_TO_BE_REPLACED