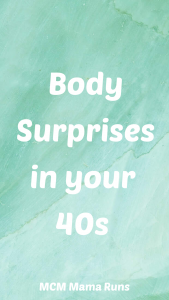 Notice that I did not say body image. One of the beautiful things about getting older is that I'm generally quite comfortable with my appearance and don't really give a f$%^ what others think. What I'm struggling with are some of the changes that are going on in my body. Some I didn't expect this early, some I never expected at all.  Who turned the heat up??? I haven't started getting hot flashes during the day yet, but some nights I wake up way overheated. And it's not a "flash". It can take me quite a while to cool down. I don't mind it too much in the winter when any extra warmth is a good thing, but I'm pretty sure I'd freeze my family out if I put the thermostat where I'd like it this … END_OF_DOCUMENT_TOKEN_TO_BE_REPLACED 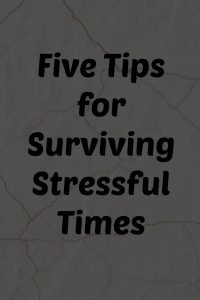 This has been a challenging week. Jones has been in the middle of quarter finals. Shoo has had a rough week with his soccer team and then one of his past teachers passed away suddenly. And, well, I can't even talk about the other things 'cause you'd find me hiding a corner somewhere... But it's Friday and we have some nice plans this weekend and I did a lot of "self care" this week. Yep, I did everything I could to keep myself in a happy place. It even sort of worked. Get active. Run. Then run some more. Ok, maybe do some yoga and a little meditation too. All of these will calm your mind and help you cope. Give back. Volunteer. Donate. Do random acts of kindness. Combine a couple and donate to a friend's favorite cause. Then … END_OF_DOCUMENT_TOKEN_TO_BE_REPLACED 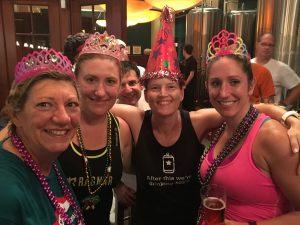 Last week, I ran my first run longer than a half marathon since I ran Marine Corps Marathon last year. It was only 15 miles, but I ran with friends who were faster than I am and we ran a super hilly run. The combination meant that I was pretty wiped out at the end. In fact, for the first time in a really long time, I took an epsom salt bath because I needed it. My hips ached and my legs were wiped out. While the bath did help, I was pretty sure I was going to wake up super sore the next day. I didn't. In fact, I woke up feeling great and it was a grey and misty day and I HAD to run. I could not resist, even though I knew I was going to be running at Mad Fox later in the day. I decided to go out for a quick 3 miles and ended up running 5. … END_OF_DOCUMENT_TOKEN_TO_BE_REPLACED 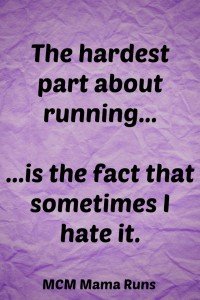 Yes, sometimes the last thing I want to do is put on my shoes and go out the door. It doesn't matter if my last run was awesome or awful. And it doesn't always matter if the weather is perfect or gross. Sometimes I just don't want to run. For me, that's the hardest part of running. How can something that I enjoy so much be something that in certain moments is the last thing I want to do? I've never had a run that I wasn't glad I took. OK, sometimes it takes me until after I'm done to appreciate that I did it, but I never regret running (well, except for those times I ran when I was injured *ahem*). So why do I hate running sometimes? Maybe it's because I'm inherently lazy - I'd much rather sit on my butt some days. Maybe it's … END_OF_DOCUMENT_TOKEN_TO_BE_REPLACED 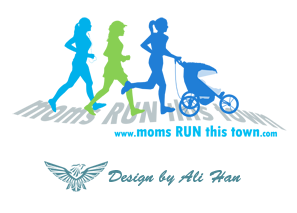 Marcia over at the Healthy Slice is advocating making one small change each week to better your life. I have been far from consistent about blogging about "one small change", but I've actually been doing a pretty good job with the changes. I blogged about my steps towards managing stress.  I continue to do fairly well with that.  For the next week or so, I attempted to deal with another thing that is stressing me out: the disarray in my house.  It seems like there is just stuff everywhere. I did pretty well with that until last weekend, but with the two half marathons + extra kids in our house, I just got behind again.  I need to stay more on top of random items that come into the house and keep reminding my kids to help with the … END_OF_DOCUMENT_TOKEN_TO_BE_REPLACED 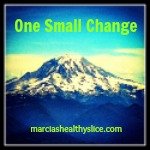 Marcia over at the Healthy Slice is advocating making one small change each week to better your life.  I've been meaning to join in for a while, but finally decided this is the week. My change for this week (and part of last week) is to stop letting exaggerated worries stress me out.  I have a bad habit of freaking out before I know the exact extent of a problem.  I am highly anxious.  I finally reached the point where I either need to learn to cope or go see someone about either therapy or drugs to cope.  I haven't ruled out getting help, but I'm trying to see what I can manage to do on my own. The first thing I had to realize was that the lead weight feeling in my gut was both a feeling of my own making and that I didn't have to … END_OF_DOCUMENT_TOKEN_TO_BE_REPLACED 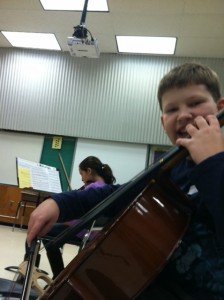 I woke up this morning in a crappy mood.  Some of it was hormonal.  A lot of it was just a lot of little stresses weighing me down.  Nothing major, just general life annoyances plus the added stress of Christmas. I didn't want to run.  I ran 25 miles over the last three days (yes, I did add mileage yesterday to make it a nice round number).  I also did an hour long yoga class that had an emphasis on legs.  So, my legs were tired and I was crabby.  Sounded like a perfect recipe for a rest day.  And chocolate.  Lots of chocolate. However, I had made plans to run with a friend and she showed up at my door before I could come up with a good excuse not to.  So, I took my sorry butt out the door and started running. And, guess what?  … END_OF_DOCUMENT_TOKEN_TO_BE_REPLACED 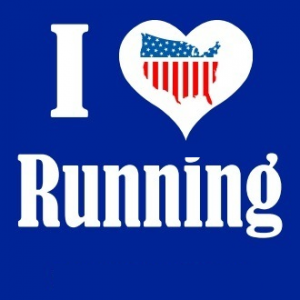 #Runchat has challenged bloggers to come up with a list of 10 things we love about running.  They are a doing a giveaway related to it, but I just love the idea of reminding myself why I love running. So, here are the 10 things that I love about running... 1.  That it's mine.  All mine.  And I don't have to share it with anyone. Unless I want to. 2. That moment when running feels effortless and I feel like I can run forever. 3.  The feeling of accomplishment when I hit my goal paces or leave it all on the course. 4. That it's something I share with my dad, even if he can still leave me in the dust. 5. Feeling part of a huge network of people, even though I run mostly by myself. 6.  Silence.  That beautiful sound of … END_OF_DOCUMENT_TOKEN_TO_BE_REPLACED