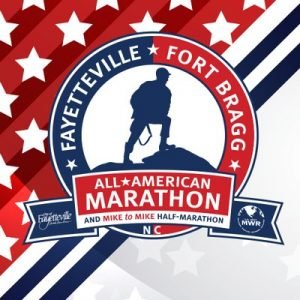 I can't believe it's March and I'm just now figuring out my race plans. Everything hinged on getting into the new Marine Corps Marathon 50k. If I had not, I'd have upended everything to find another race. So, here we go... March 17 - Four Courts Four - I run or volunteer at this race as often as possible (sometimes both.) It starts with a wicked fast downhill, but what goes down must come up, so it ends with a painful uphill. Luckily it also ends with beer. Guinness to be exact. March 24 - Mike to Mike Half Marathon (All American Marathon) - This race goes from downtown Fayetteville to Fort Bragg. I'm pretty excited about this race because a number of Skirt Sports ambassadors will be there. I'm less excited about the fact that … END_OF_DOCUMENT_TOKEN_TO_BE_REPLACED 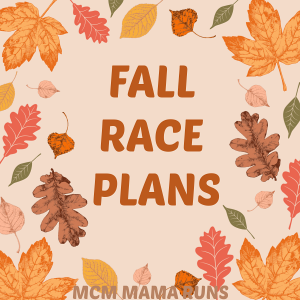 This fall is looking a little crazy. In fact, I may have bitten off more than I can chew - especially considering I'm still babying my ankle a bit. But today on Tuesdays on the Run we are talking fall plans, so I'm going to put it all down "on paper" for the first time. I'm actually kind of scared right about what it's going to look like. Admittedly, some of the races I won't actually be running... September 15 - ZOOMA Great Lakes - my race season kicks off with me not actually running. I'll need to sneak in a few miles though, so hopefully I can enjoy some of the beautiful course after the runners are done. September 22 - Clarendon Day 5K + 10K - I love this local race. If you do the "Clarendon Day Double", you run a 5K down … END_OF_DOCUMENT_TOKEN_TO_BE_REPLACED 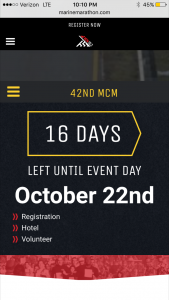 In just over two weeks, I'll be running my "A" race for the fall. I've been training all summer (I know, I'm surprised too) and I'm currently loving my taper. OK, I'll be honest, I may be too good at tapering. I should run at least one more double digit run in the next few days, but I'm feeling decidedly "meh" about it. But whether I run more or not, the race will be over and done with in 17 days. So, what then? I have some ideas swirling around... Finally run that ultra marathon I've been talking about. There are several not too technical trail 50ks coming up, but I'll be honest, I'd love a timed loop race. I know they exist, I'm just not sure if there are any close enough (both distance and date wise) to take advantage of my … END_OF_DOCUMENT_TOKEN_TO_BE_REPLACED 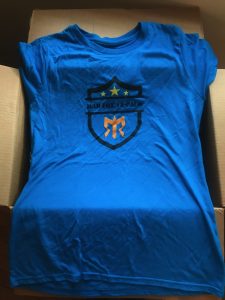 I love fall. It's my favorite time of year. The mornings and evenings are cool, it's still light out for lots of hours, and the race scene picks up again (as does my pace.) Every fall I think "I don't have many races, just Marine Corps Marathon", so I sign up for a race and then I remember that "oh, yeah, I signed up for Ragnar and a local half marathon and the Clarendon Day Double and..." Suddenly I realize my race card is full. So here's what I have going on... September 17 - Navy Air Force Half Marathon (already done!) September 22-23 - Ragnar DC. I'm runner 4 for Mad Fox 12 Pack. Give me a shout out if you see me. September 24 - Clarendon Day Double. 5K, run back up the hill, and then a 10K. October 1 - … END_OF_DOCUMENT_TOKEN_TO_BE_REPLACED 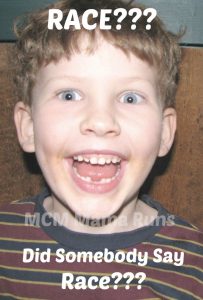 Confession: I run so I can race. I know I can run any distance I want by myself (or with MRTT friends), but there's something about being surrounded by lots of strangers, all in pursuit of the same goal. While I sometimes do manage to really race and push myself, a lot of times races are just expensive training runs for me. But it's my hobby and it makes me happy, so here's how I come up with my schedule each year. Step 1: Choose my states and find races. Like many, I have a goal of running a half marathon in every state. I've been at this for a while now (33 states done!), so it now takes a lot of planning to get a new state. I have three basic options open to me at this point: 1)Beer Geek and I take our annual kid free trip to … END_OF_DOCUMENT_TOKEN_TO_BE_REPLACED 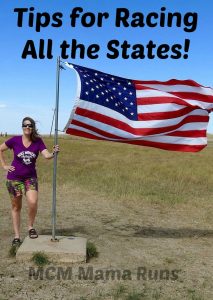 It's been a busy week here in the MCM Mama household. Both boys went back to school this week, soccer games start this coming weekend, and we are a week away from running Ragnar DC. To say I'm a bit frazzled is putting it mildly. To add to the fun, Virginia is pretending it's July again. My Thursday run involved high 80s and 80% humidity. As you might guess if you've been reading here for a while, I ran closer to 6 miles than to the planned 12. At this rate, I'm going to be running MCM without running anything longer than a half marathon. But I'm going to keep my head in the sand on that and focus on what really interests me: racing around the US. I love traveling and there's so much to see in America, so I've been enjoying the adventure so … END_OF_DOCUMENT_TOKEN_TO_BE_REPLACED 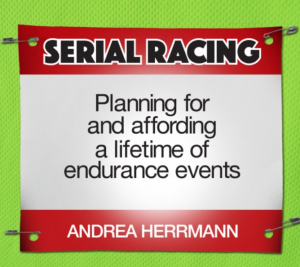 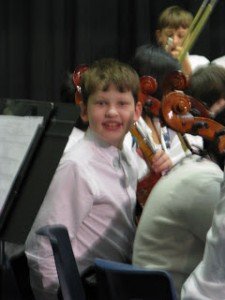 1.  Last night was Jones' winter concert.  He started playing the cello this fall, so we got to attend the annual band, orchestra, and chorus concert.  The concert was surprisingly good.  It was probably helped by the fact that the beginning strings section is not using bows yet and we were spared the sound of 30+ cats being tortured. 2.  One of the blogs I read, Roc the Run,  posted about "what would you choose if you could only have 10 foods (and 5 seasonings) for the rest of your life."  Is it bad that my first thought was beer and my next was coffee?  LOL  Then I sat down and thought about it (and decided beverages don't count) and came up with a … END_OF_DOCUMENT_TOKEN_TO_BE_REPLACED