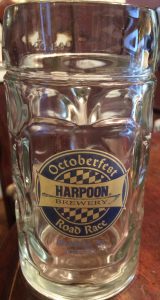 I've run a lot of races. I don't actually know how many, but when I've done 51 half marathons and 5 marathons and a ton of other distances including two relays and three 17.75s, one could assume that I'm likely reaching the 100 race mark (OK, I admit, I actually went to Athlinks after this and checked and I've done at least 108), which is kind of crazy when you think about the fact that my very first race was in 2007! With that many races comes a LOT of swag. Most of the time, it takes the form of a t-shirt (and a medal if it's a longer race). But every once in a while, the race director departs from the standard and gives out something useful. Here are some of my favorites: Glasses - I've gotten a few glasses (although I … END_OF_DOCUMENT_TOKEN_TO_BE_REPLACED 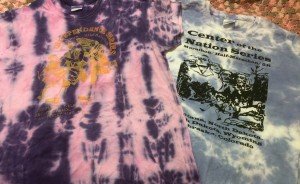 I run a lot of races. A.LOT. And I don't wear a single race shirt on a regular basis. Am I the only one? Or is there a race I should run because the shirt is just that awesome? That's what we want to know here at Tuesdays on the Run. In 2013, I actually got a few shirts I liked. But I turned them into a quilt that I LOVE instead. Since then, I got a really awesome shirt from Marine Corps. Except it was made for someone with the worlds teeniest neck. I do plan to get it converted to a half zip, as many runners did, so that I can wear it without choking. (And the first MCM shirt I got is in the only color of green that looks awful on me.) I do like the Mainly Marathons shirts because they are so unique, but two of … END_OF_DOCUMENT_TOKEN_TO_BE_REPLACED