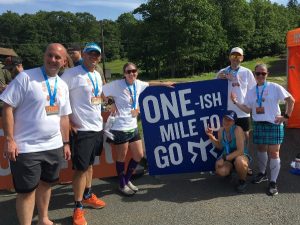 This past spring when my close friend (and multiple Ragnar teammate) suggested running Ragnar PA, I was all over it. When she suggested running it as an Ultra team, I was, umm, a little nervous. But I decided I was all in and signed up for a bunch of half marathons as training runs. I had grand plans of high mileage weeks and 6 training runs in 36 hours. But then I wore the wrong pair of shoes for approximately 8 hours of standing. And then I ran several races, despite a nagging soreness. And, boom! I was sidelined at the beginning of May. I've been injured before, but I've always managed to get back running within a week or two. Instead, I barely ran in the month of May. I did manage a pain free 5K at the beginning of June, but my … END_OF_DOCUMENT_TOKEN_TO_BE_REPLACED 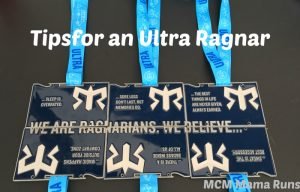 Last weekend I ran Ragnar PA on an ultra team. Generally speaking, an ultra team has 6 members and one van, as opposed to 12 members and two vans. This means that you are running twice as many miles and have no time as the "inactive van." As you might guess, this makes it an entirely different experience. To be honest, I loved it! I don't think I'll ever go back to a regular team. Before you can even prepare though, your team has to decide if everyone will be doing 6 runs or 3 LONG runs. While I can't say this would be the case for every location, for Pennsylvania (and DC) doing 3 long runs means you could very well be doing a half marathon or longer in the middle of the night and then be doing the same at noon. No thank you! I'd much … END_OF_DOCUMENT_TOKEN_TO_BE_REPLACED