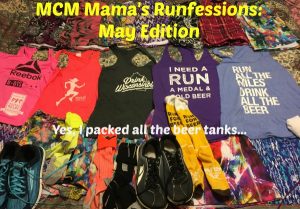 I'm not sure I'm actually ready to leave town, but we are heading out today for the Heartland Series. It's been a busy week all around, so I'm leaving a lot of things in a state of not quite done. Oh well, that seems to be my life lately. So, what do I have to runfess to this month? I ran an amazing 10 miler in April and followed that with 20 miles at Ragnar Richmond. My longest run since then was 6.7 miles for Chase the Moon. Somehow all of the long runs I planned just never happened. I had a goal of having ZOOMA Annapolis be my 70th half marathon. It was my 1st and I liked the round number. I blew it by not running the Frederick Half Marathon. Then, once I knew I wasn't hitting my goal, I decided to skip Michigan. So, I'm … END_OF_DOCUMENT_TOKEN_TO_BE_REPLACED

How is it nearly the end of February? Or really, how is it only February? Why do I ask that? Because I haven't run in layers in weeks. In fact, yesterday I wore a Happy Girl and a tank top and was too hot. We shall rename 2017 the year without a winter. So, what do I have to runfess to this month? In theory, I'm in training for a 10 mile race at the end of April. In reality, I runfess that I haven't run a double digit run since Marine Corps Marathon at the end of October. I've been running 5-6 days per week and I've actually been doing a fair amount of speed work, but I can't be bothered to run for more than an hour. I can't run the Marine Corps 17.75 this year due to family conflicts. So, I'm getting a code from a friend who … END_OF_DOCUMENT_TOKEN_TO_BE_REPLACED 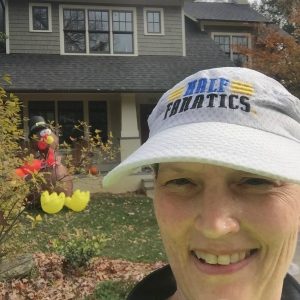 Today is Friday, right? I've been so confused about the day all week because Jones was out of town until Monday night, Shoo did not have his usual soccer practice, and neither boy had school on Wednesday. Somehow it feels like it should be Monday, but I still have three days off. Sweet! Since it's the last Friday of the month, it's time for a little runfession. I'm linking up with Marcia over at Marcia's Healthy Slice and Friday Five 2.0 with Running on Happy and Fairytales and Fitness. I'm trying to meet a goal of 85 miles this month and it's coming down to the wire. I have 26.9 miles to go. Don't think it didn't cross my mind to just run a marathon and get most of it done. Beer Geek won his age group at the local turkey trot … END_OF_DOCUMENT_TOKEN_TO_BE_REPLACED 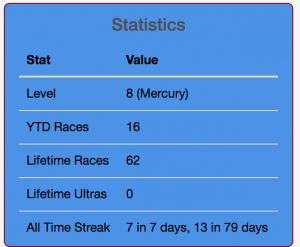 TGIF. This has been a busy week and I'm tired. Thursday was my birthday and it was an ok day (not amazing, but acceptable), until the end of the day. Then I happened to notice that the bubbles from Shoo's bubble bath were coming out of our basement toilet. I'm pretty sure that's not a good sign. I'm hoping that when the plumber shows up it's not a big clog, but I'm mentally prepared for it to be a big deal. Sigh. So, let's get on with some runfessions... I've been using Hansons Marathon Method to train for Marine Corps Marathon. In theory, at least. I haven't hit a full week of training in over a month. And speed work? I don't even know what that is anymore. On Sunday, I finished my goal of 23 half marathons in 23 states in … END_OF_DOCUMENT_TOKEN_TO_BE_REPLACED 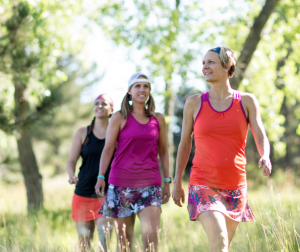 This week has flown by. I sent one kid off to vacation with his grandparents and I've been hanging out (as much as he'll let me) with the older kid. It's hard to believe he starts high school this fall! I've also been attempting to train for the Marine Corps Marathon and simultaneously pull together a Ragnar DC team. Oh, and that little thing I call a job. Add in some nasty hot weather that seems to be melting my brain and I'm super ready for the weekend. Since it's the last Friday of the month, here are my Runfessions. I'm linking up with Marcia as well as the DC Trifecta of Courtney, Mar, and Cynthia.   I don't run outside in the summer to feel bada$$. I run outside because I get tired of running in place. I do, however, … END_OF_DOCUMENT_TOKEN_TO_BE_REPLACED 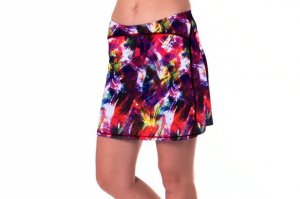 This week? It can kiss my rear. We've had wacky weather - Tuesday I had an hour each way drive in the pouring rain, Wednesday we had crazy thunderstorms, and Thursday the wind was wild. My battery died in my car at Shoo's soccer practice and the dad types were unable to jump it. Thank goodness for our AAA membership and a really nice guy who used their super jump thingy (I know, I'm so technical) to get it running. I sat in the car in our driveway for an hour with the engine running, hoping the car will start in the morning so I can take it to the dealership. So, my runfessions might have a bit more to do with my frustration than running. Running? I haven't been doing a lot of that. In fact, Thursday's 4.5 mile run was my first run … END_OF_DOCUMENT_TOKEN_TO_BE_REPLACED 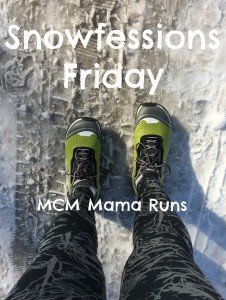 Towards the middle of the week, I was so tired of the whole Snowzilla thing, that I went outside and shoveled snow that didn't have to be moved. I figured it was better than sitting inside being mad that my street hadn't been plowed. Speaking of not being plowed, by Tuesday I could have gotten out if I'd really wanted to, even though we had not been plowed. Plenty of big 4wd SUVs had gotten out and we live only our yard's length from a main road. I just didn't have any place I needed to be. On Sunday evening when Beer Geek wanted to walk out for dinner, I realized I hadn't showered since either Thursday night or Friday morning. It's probably not a good sign when you can't remember your last shower. When I went for a run on Wednesday, … END_OF_DOCUMENT_TOKEN_TO_BE_REPLACED