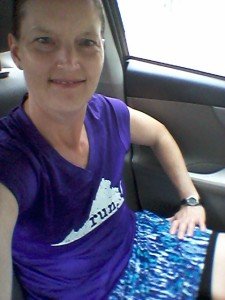 High heat and lightning. That pretty much sums up my weekend. But, you know me, I can't leave it at that, so I'm linking up with Tara at Running 'n' Reading and Erin at Her Heartland Soul with my weekend update. And we have more of the lovely same weather this week. Ugh, I'm over summer and it's not even officially here yet. Friday night, Shoo had soccer tryouts. Not exactly how I like to spend my Friday evening, but he loves the game, so off we went. Where we encountered thunder and lightning and pouring rain. Tryouts - canceled.   … END_OF_DOCUMENT_TOKEN_TO_BE_REPLACED 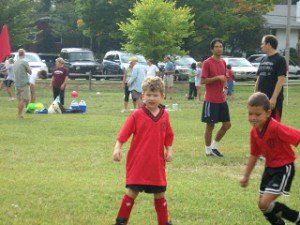 Two years ago, Jones started playing soccer. I bought his uniform HUGE, assuming he'd wear it for a few years and pass it down to Shoo. Even though he spent most of his first season running way behind the pack, he's become quite the soccer player and the uniform has seen a lot of use. Here he is in the first season (notice the length of the shirt and shorts, as well as the fact that his shin guards cover his entire shins)   Here he is last spring (notice the uniform fits him...) Today, I sent him to the first practice of the season in shorts that would have made a Dallas cheerleader proud, shin guards that only came halfway up his calves, and shoes that made his feet hurt. (No, he wouldn't let me take a picture). … END_OF_DOCUMENT_TOKEN_TO_BE_REPLACED