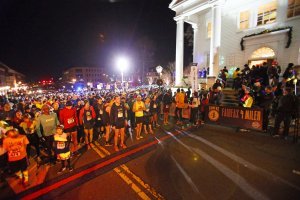 I love living in the DC area in the winter.  Generally, the weather is cold, but bearable, so it's a great time to get downtown without the huge numbers of tourists that we see during the summer.  We tend to hit a lot of the museums during this time period, but it's also a great time to visit some outdoor attractions that only come around once a year.   [Tweet "Looking for fun things to do in #WashingtonDC in December? Here are 5 kid friendly things! #kidfun #lifewithkids #fitfam"] … END_OF_DOCUMENT_TOKEN_TO_BE_REPLACED 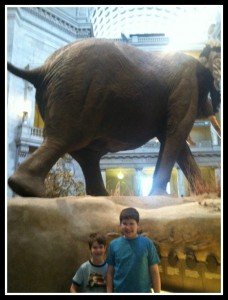 The Natural History Museum has always been one of Jones' favorite museums.   It was his favorite even when we had to sneak past the elephant. Yeah, this elephant. It used to scare the crap out of him. Luckily, now he finds that amusing, so he's more than happy to walk past the elephant in pursuit of his favorite display: the dinosaurs.  He's been begging to go this summer, so we finally did it today. We parked at the Pentagon City Mall because the weather was iffy and I didn't feel like walking in a rain storm.  We hopped the metro and quickly got to the Smithsonian stop and it was a short walk from there.  Our first stop was to pick up tickets to the Butterfly exhibit. (Tip: it's free on Tuesdays, but get there early and … END_OF_DOCUMENT_TOKEN_TO_BE_REPLACED 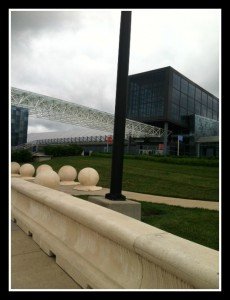 This summer has been... different.  Not only have the boys chosen not to go to camp, but it has rained nearly every single day.  And it's not a refreshing rain - it just makes everything feel humid and oppressive.  We are feeling a little stir crazy because of it. After a nice 3 mile tempo run (went surprisingly well considering the humidity), I decided we needed to get out of the house.  We headed over to the Udvar-Hazy Air and Space Museum.  We've probably been there at least once a year (or more) since it opened, but it never gets boring. Like most of the Smithsonian museums, Udvar-Hazy has free admission.  Unfortunately, they charge $15 to park.  Since it would cost me close to that to use the metro and it's way cheaper than the … END_OF_DOCUMENT_TOKEN_TO_BE_REPLACED 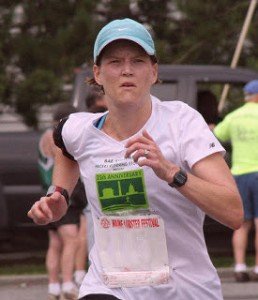 We are having an awesome vacation - lots of ferries, lighthouses, and beaches. Here are a few pictures of other things we've done. Gotta love when the finish line photographer is about 20 feet from the finish rather than at the line. We visited the Owls Head Transportation Museum. The boys loved it. Wonder why this model wasn't a big hit... Beer Geek gave me a break (I went shopping LOL) and took the boys to the Lighthouse Museum. Then we dragged the boys to Sweetgrass Winery, where we got a nice bottle of peach wine. Two more days of fun ahead, including a boat trip to look at puffins and dinner at a brewpub. Then we have the very long drive home. … END_OF_DOCUMENT_TOKEN_TO_BE_REPLACED