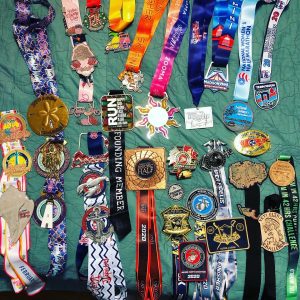 I'm not one to stay up super late on NYE, but ironically, last night I was up late thanks to insomnia. Thank you 2020 for one last kick in the teeth. So, I'm up a bit later than normal and sucking down caffeine like it's my job. Seems appropriate to hook up with Deb and Coco for a coffee date. If we were having coffee, I'd tell you that normally I spend December wrapping things up here on the blog and setting up my goals for the next year. Last year was so weird that I just couldn't seem to wrap (ha!) my head around it. I'm pretty sure I didn't run a single in person race. I ran a ridiculous number of virtual races, but I never got more than 4 miles from my house in any of those races. I even ran a 50K in 2 mile loops near my … END_OF_DOCUMENT_TOKEN_TO_BE_REPLACED 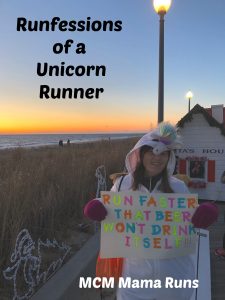 This year flew by! I still can't believe we are only days away from a new year and decade. I've been blogging for just over 10 years and this year was nearly the end. I don't know what 2020 will bring for blogging, but I'll do my best to pop in when anything interesting comes up. So, here we go with one last Runfession with Marcia! I runfess that instead of running my favorite half marathon this year, I decided to cheer. A lot of thought went into the decision, but what it really came down to was that my butt still hurt and I had zero interest in walking the last half. Instead, I dressed as a unicorn and cheered on the course. People loved giving me high fives at mile 1 and they were fans of my sign at mile 5! Even better, I got to … END_OF_DOCUMENT_TOKEN_TO_BE_REPLACED 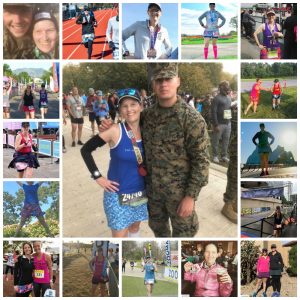 I love to write this post every year. It gives me a chance to look back and reminds me that even if the year was not perfect, that there was a lot of good in the year. This was a crazy busy year! I traveled for work more than I ever have, but I guess that's what happens when you work for a race organization that has races around the country. So, here we go... January January was a quiet month for me on the racing front, but that's ok as I was concentrating on building strength and getting in shape for the year to come. I got invited back to the Altra Red Team and I spent a lot of time in my workout room. I also made some predictions for 2018. (Spoiler: I was spot on LOL) February February started with being invited back as a … END_OF_DOCUMENT_TOKEN_TO_BE_REPLACED 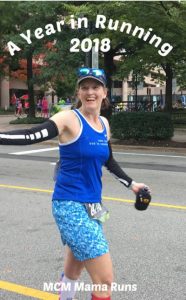 Yes, it's that time of year again. Time to recap all the running fun I've had this year. I've been doing the Year in Running post for several years now. I've done it in 2017, 2016, 2015,  2014,  2013 and 2012, so I'm thankful that Courtney has continued to host it. I write this post for myself, but I hope you enjoy reading it as well.  Best Race Experience: By far my favorite race this year was the Ragnar Pennsylvania race. While the race itself had some issues, I had the most amazing team and I discovered that running Ragnar as an ultra is truly the most awesome way to experience Ragnar. I'm currently getting ready to register an ultra team for Ragnar Minnesota this coming summer. Best … END_OF_DOCUMENT_TOKEN_TO_BE_REPLACED 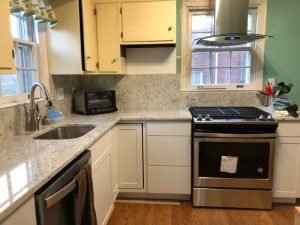 Does this count as bling? No? OK, well having just survived the installation of the new cabinets, etc., it's one of the best rewards I've gotten this year. I still have a lot of painting to do and then I need to refinish the floors, but it's a huge improvement over a week ago. Yes, you read that right. It took one week. But let's talk race bling instead.  This year was a bit on the "light" side. I "only" ran 1 marathon, 6 half marathons, an ultra Ragnar, my first timed trail race, and a handful of other random races. I didn't get any new states in 2018, but I did get a new country - New Zealand. Despite being a bit on the light side, I got some pretty cool medals. 2018 half marathon medals... All of my … END_OF_DOCUMENT_TOKEN_TO_BE_REPLACED 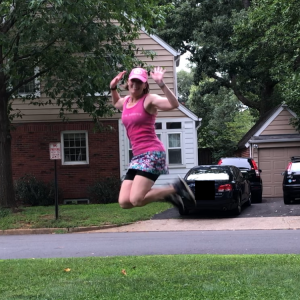 This past weekend, I turned 48. As I get closer and closer to a new big round number, I keep thinking I'll start freaking out about getting old. But I feel better at 48 than I did at 47 (well, except for that pesky ankle/heel issue.) Last year at this time, I was deep in Marine Corps Marathon training with the Hansons plan. I was also recovering from what had been a month long virus - it started with several days of violent stomach upset that led to weeks of reduced appetite and lack of energy. While I would not recommend that weight loss method (I dropped 7 pounds in 7 days and it stayed off), it was the first time in years that I was not packing on extra marathon pounds. It was also the first time in years that my weight had not … END_OF_DOCUMENT_TOKEN_TO_BE_REPLACED 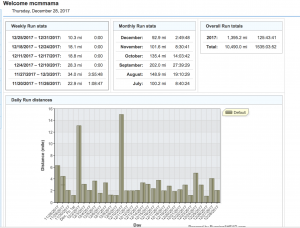 Here we are with three days left in 2017. It's the final Friday Five of the year and the final Runfessions. And I have to admit that I do have a few runfessions to share... As I write this, I'm 4.8 miles from 1400 for the year and 7.1 miles from 100 from December. I must runfess that it's kind of killing me that I can't make both work out to a nice number for the total. Obviously, I'll be running at least the 7.1 to reach my 100 mile goal for every month in 2017. I have to runfess that I haven't run a whole lot this month and most of it has been on the treadmill. I'm really enjoying the Faster Way to Fat Loss workouts (affiliate link), but they aren't conducive to getting an outside run in most days. I've been doing warmups and … END_OF_DOCUMENT_TOKEN_TO_BE_REPLACED 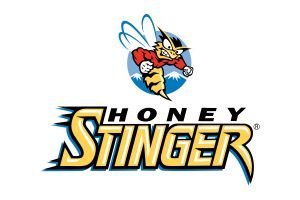 Welcome to my favorite post to write each year! I admit I love the ego walk down memory lane at the end of the year LOL. This *might* by my last post of 2017, but I do have some runfessions. Life has been a little crazy for the last few weeks, so I didn't get a chance to prep any of these posts early. So here's how 2017 played out... January January was a quiet month on the running front. I got a bunch of new gym equipment and turned the kids' playroom into my home gym. Despite taking it easy on the running front, I managed 100 miles and began my quest for 100 miles a month every month in 2017. I also began training for my spring "A" race - the GW Parkway 10 Miler. February February continued with my GW training and my … END_OF_DOCUMENT_TOKEN_TO_BE_REPLACED 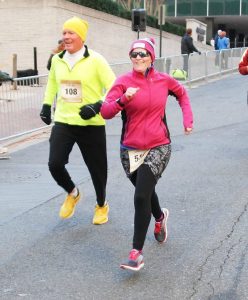 I love this post each year and write it totally for myself. I hope you enjoy it as much as I do, but I really write it because it's like sitting down with a virtual scrapbook and looking back at my year. While there were some not so great things about 2016, I was lucky once again to have an awesome running year. January January started quietly. It was a low mileage month, but sometimes you need a month like that. I realized I was in the 5th stage of running like a mother and oh, what a blessing to arrive there. Winter came to Virginia, first with an inch or so of snow that caused horrendous traffic issues (took us 2 hours to drive 5 miles), and then with a record 23 inches of snow. February February started off a bit rough with … END_OF_DOCUMENT_TOKEN_TO_BE_REPLACED 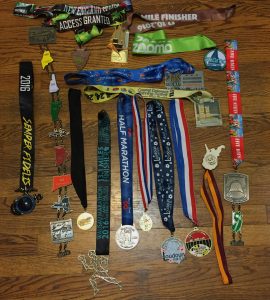 It's hard to believe another year of racing and blogging is winding down. I keep thinking I'll slow down on both, but somehow I keep on keeping on. So, it shouldn't come as a surprise that I  finished 16 half marathons. I also ran 1 Ragnar Relay, a 17.75K, a 10k, a 5 miler, and a marathon. I'd like to say I won't be running as many races next year, but "Hi, my name is Erika, and I have a racing problem." I will say that there will be more short races, but I'll talk about that in another post. Today on Tuesdays on the Run, Patty, Marcia, and I are discussing bling. At the end of 2015, I decided that I wanted to hit Mercury in Half Fanatics. It's the second highest level and I was already part way to 23 half marathons in 23 … END_OF_DOCUMENT_TOKEN_TO_BE_REPLACED 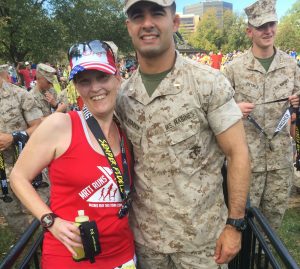 I've been doing  Miss Zippy's Year in Running post for several years now. I did 2015,  2014,  2013 and 2012, so even though Amanda has started focusing on other venues, I had to write this post. Luckily, Courtney has taken it on, so I'll link up with her again this year. I'll admit that this post (and a few others) are written more for me than you, but I hope you enjoy them as well. Best Race Experience:  Hands down - Marine Corps Marathon. I did not expect to love it this year. I was undertrained with only 2 long runs under my belt and the temperature was way higher than optima. But I ran the entire race with a friend and felt good for the majority of the race. I even beat 5 hours, which was not at all the plan. Best Run: All of … END_OF_DOCUMENT_TOKEN_TO_BE_REPLACED

I do this post every year, more for me than for you.  It gives me a chance to go back and look at how far I've come (or in some cases, how far I haven't).  I blog for lots of reasons, but one of the big ones is that it's a snapshot of my life.  I suck at scrapbooking, so it's wonderful to have a virtual scrapbook to look back at each year. January January was an interesting month.  I tried (and failed) at Paleo, I did a major mileage build for 5 half marathons in 5 days, and I once again did a 1K beer walk.  Yeah, the beer walk was the best part. February February was rough.  I ran my highest mileage week ever. I hated running. I screwed up my calf.  I fell back in love with running. I quit running. March March was … END_OF_DOCUMENT_TOKEN_TO_BE_REPLACED