I’m a runner. Period. I don’t do triathlons. I don’t do obstacle races. I don’t even do trail races very often. Yeah, I know I need to get out of my comfort zone more often.

Today’s topic for Tuesdays on the Run is “novelty races”. Patty, April, and I want to hear what you think of them, if you’ve done any, if you want to do any, etc. Novelty races are not my thing. I have little to no interest in running one. I won’t say I’ll never run one because I’d run one if there were a compelling reason (like one of my children wanting to do it), but I won’t go out of my way to enter one.

Since I have little to say about novelty races, I’ve decided to tell you the story of my friend’s journey to becoming an “obstacle course racer” and running his first Spartan Beast. I’ve known Matt for more than twenty years. He’s a fraternity brother of Beer Geek’s and has been a good friend for a long time. I’ve watched in awe as he went from just starting to run to completing a Spartan Beast. If you ever see me doing an OCR – blame him. (Though with my dislike of water/mud on my face, don’t hold your breath.) (This post contains affiliate links, which means if you register through them, I get a small commission.)

Anyways, in his own words, the journey from newbie to Spartan Beast…

How it all began

I started running about 2 years ago, after my doctor continually asked me about exercise. Coincidentally, a buddy of mine mentioned this thing called a Tough Mudder. It caught my interest and now I had an excuse to get in shape, but not just for “boring” road races. So, I saw road races initially as a means to the end of running my first Mudder in 2014. (I’ve since learned to enjoy road racing as well, especially running 5Ks with my daughter.)

Last year, I ran the Virginia Mudder, then immediately signed up for the West Virginia Mudder in September. In between, however, I met a  guy at the County Fair who was wearing this Spartan shirt, and I was vaguely aware of it. I asked him about Mudders and he re-directed the conversation to Spartan. He talked about how Spartan takes themselves more seriously – prize money, penalties for failed obstacles, timed runs. I later watched an NBC Sports 1 hour show on Wintergreen and it captured my imagination and interest immediately. I knew I had to try this as well. This past June I ran another Mudder and had a good time, but I knew my next race was Spartan.

I’ve run now three consecutive Spartans.  Each one was longer than the last:  DC was a Sprint (I clocked about 4.7 miles), Wintergreen was a Super (somewhere around 9 miles) and Vermont was a Beast (some reports were near 15 miles).  One of the reason to complete 3 in 1 year is to earn your “trifecta”.  It’s a badge of honor that Spartans talk about.  At Killington, there were double and triple trifectas being earned – I just felt proud, at 47 years old, to complete one!  All races include strength obstacles (hoisting a sand bag, spear throwing, climbing, etc.) and the goal is to complete an obstacle successfully, in order not to endure a 30 burpee penalty. Erika’s note: I’d know nothing about completing more than one race to get extra kudos. Nothing. Ahem. 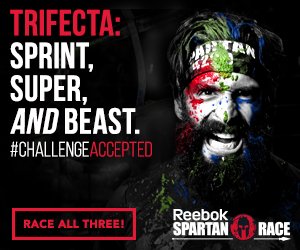 Preparing for the Beast

Vermont is different, was different and I knew it would be different.  Joe de Sena, the founder of the race, started the Spartan at Killington years ago.  The world championships, until this year, took place there.  He designated this race as a “Founder’s Race”,which meant intense climbs and many obstacles in order to push us all past our comfort levels.

I prepared physically. Two weeks before the race, I ran a “simulated” Beast, which really was a joke, since you can’t simulate the obstacles or the inclines.  I ran my home course 3 times, covering just over 13 miles with Bucket Brigades accounting for 1.5 miles of that, sand bag carries for 1.2 miles and I threw my homemade spear 21 times.  That took just under 3 hours (which is the equivalent of an elite finishing time and I knew I wasn’t there.)

I read everything I could from blogs to Spartan’s own materials to FaceBook posts on how to prepare for day of.  I carefully decided on GU, Stingers, Camelback’s electrolyte tabs and French’s mustard packets.  I brought cold weather gear, not knowing what temperatures would actually be or if we’d be in the water much (only about 2 minutes total – no feat of strength involved.)

Finally, I talked to my physician – he’s an athlete – who gave me common sense guidance, as well as confirmation that I had prepared well. He only surprised me once – I asked about the psychology of running alone (all other OCR I ran with buddies) and running for over 6 hours straight.  He pulled out “Unbroken”, a book about Louie Zamperini, who was a world class miler in the 1940s, before joining the Air Force and being taken as a POW by the Japanese. during WWII.  He said “Read this.  This man was tortured for years and he never quit- you can certainly run 6 hours, one foot in front of the other and not give up.” I read the book every day from Monday until finishing it Sunday, after the race.  Amazing story, and I thought back to it during the race periodically.  Erika’s note: I’ve read this book. It’s a great read and an amazing story of human strength.

So, morning of the race, I decided on slider underwear, shorts and a performance T, regular socks and my Brooks trail shoes. I had to wait for a deli to open to at least get some coffee and an egg biscuit in me. I checked in a little before 7am, wanting to see the Elites hit the course – the professionals and others who don’t mind spending a little extra to get the earliest slot of the day.  I waited for my 8:30 start time and piled in the corral with 250 of my closest new friends.  Someone reminded our start dude – the guy imparted with giving us the warnings, like “you could die” – that it was International Talk Like a Pirate day, so instead of “I am a Spartan” chant, we all chanted “I am a Pirate” and we were off.

The first 1/2 mile was relatively flat leading up to the memorization test – many chanted their code up the hill or wrote them on their body with a Sharpie.  Alas, none of us needed it, as there never was a test later in the race.  Thanks a lot, Yankee 816-8964.  Then, we spent the next mile climbing to the summit of Killington.  It was a good 15 degrees cooler and windy, which was refreshing as I was sweating up a storm. 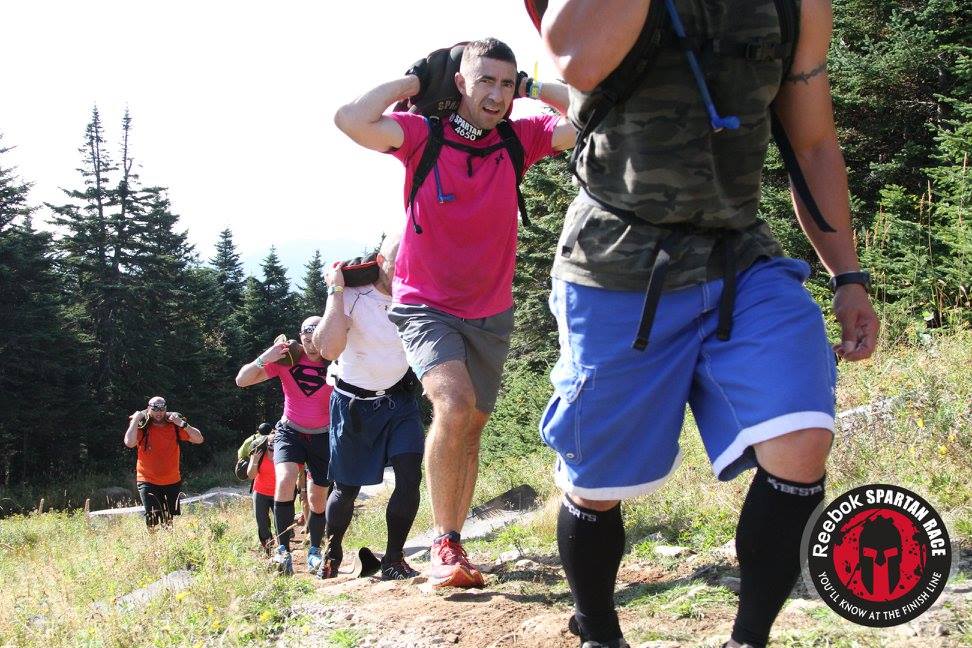 It was there that I incurred my first penalty, for missing the spear throw.  The bales of hay were haphazard and I just didn’t stick it.  At the end of the race, I missed the 2nd spear toss.  During the day, I only failed one other obstacle – the Z wall.  You have pegs for your arms and your legs and must navigate down a wall, and around two corners with two additional walls. During my previous two Spartans, I was on the “left-handers” side, and couldn’t figure out why I didn’t get anywhere – just awkward. Fortunately, I figured it out, but was about 4 feet from completing it when I fell.  I’ll take solace that I now know how to beat it.  A total of 90 burpees of penalties.  I’ll take that any day. 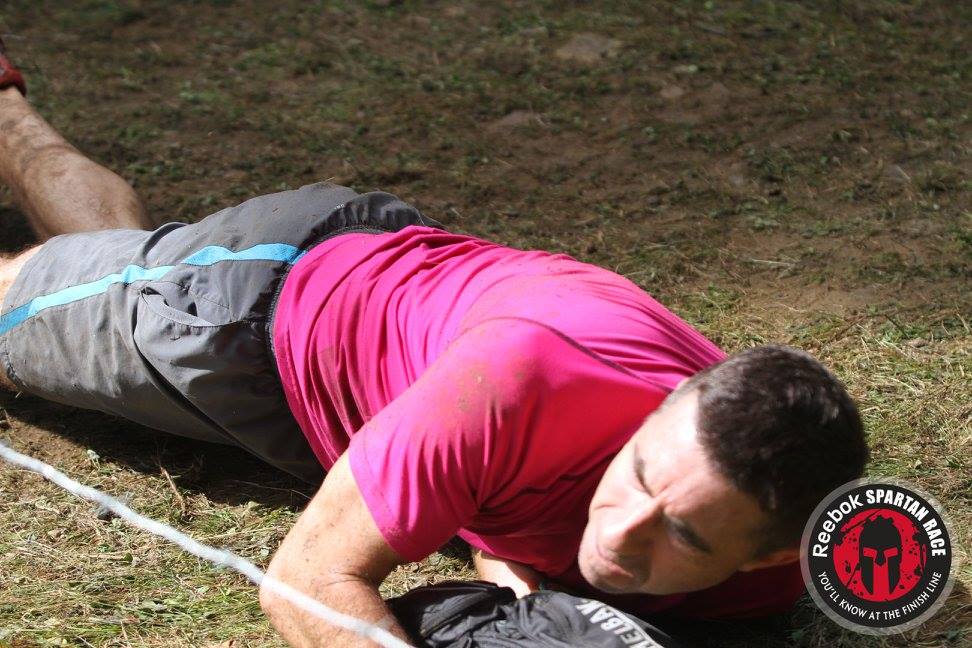 The elevation challenges  at Killington were significant – about 6200 feet climb and 6200 feet descent. None of the walls posed much of a challenge, given my height, though I broke a rib on one of them. The strength obstacles – tire pulls, sand bag carries, log carries – you just do them.  You don’t have a choice, you can’t take the burpee penalty. You just gut them out. I was pleased with both successes on rope climbs and the relative speed that I made it through all three barbed wires.

The distance would be a challenge for me.  I’d run that far, but not with nearly 40 obstacles and the elevation. I kept thinking about how this is one day of my life, it would allow me to accomplish a goal I had and that others in worse shape and older than I can do it.  I finished in 7:11 and was proud of my time. 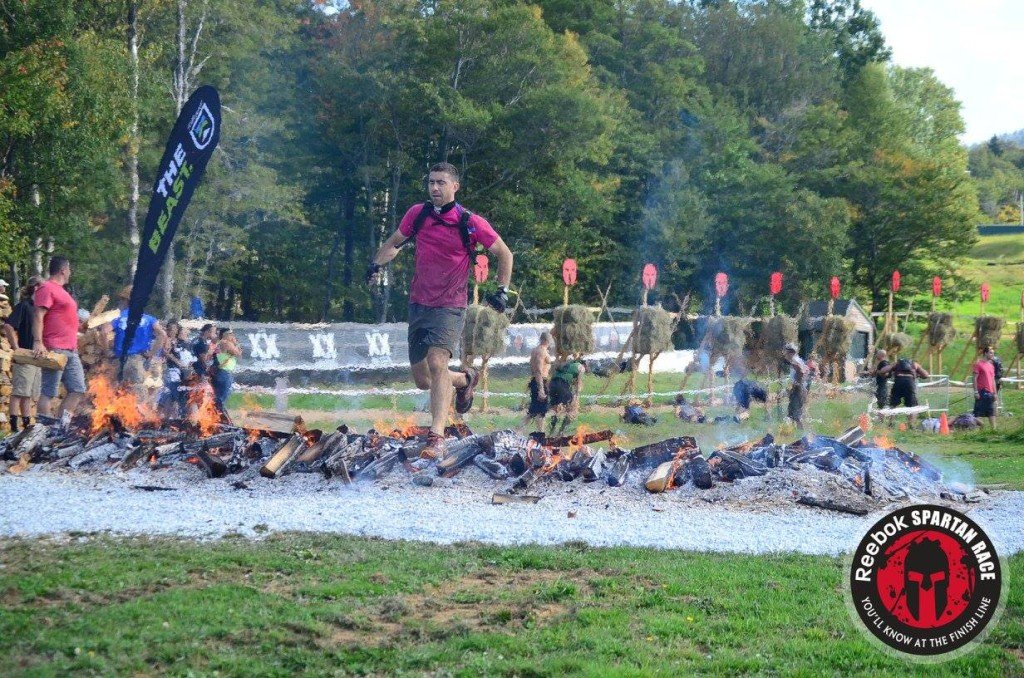 I have to admit, this story kind of makes me want to go be badass as well, but then the reality of no upper body strength and being short reminds me that I’m much better suited to just running.

How about you? Are you feeling the need to give a Spartan race a go? 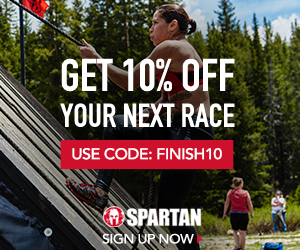 Disclaimer: This post contains affiliate links, which means if you register through them, I get a small commission. It is not, however, a sponsored post.