You are here: Home / running / TOTR: Running word of the moment – rebuilding

What word would you use to describe your running right now?

That’s the topic for today’s Tuesdays on the Run post. Are you feeling BadAss because your rocked a race (or ran in hellish winds?) Or unmotivated because the weather has been so crazy lately? Or happy because running is your happy place? Tell us how you’d describe your running right now.

When I first started thinking about this topic, I hadn’t run more than 7 miles in a single run since the Marine Corps Marathon in October. Yep, in 4.5 months, I ran two “long” runs and they were both 7 miles. So, the word I planned was “frustration”. But then I made myself run a ten mile run and I had an awesome RNR DC. I followed that up with a decent race at the University of Charleston and a successful run at the challenging 17.75K. 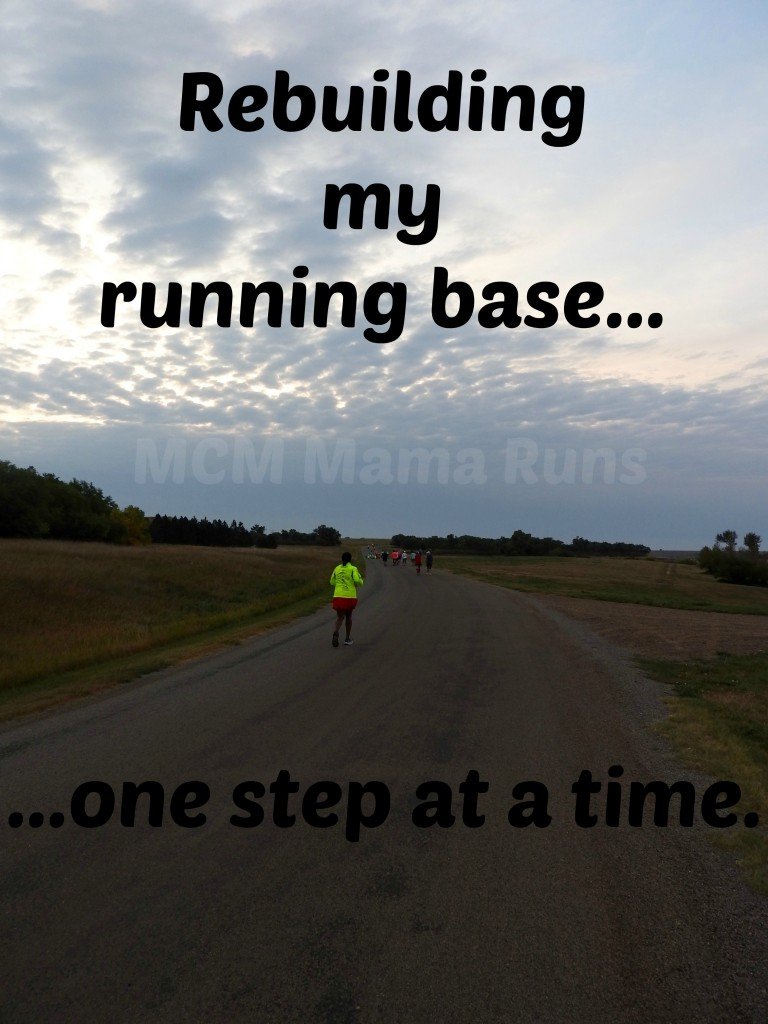 This leaves me with a new word: rebuilding.

I ran 7 days in a row before I ran 17.75K and then ran a recovery run. I’m back on a plan and I’m feeling like I can do the back to back runs again. This week will be more of the same (after Monday off – I’m not streaking, just training for 7 days in a row). I have a half marathon on Saturday, then I have a week off, then another half marathon. I may be sneaking one more in May 7th as well. With 5 training weeks left, I’m not going to be as prepared as I was for previous Mainly Marathons’ series, but I’ll have enough mileage under my belt (and enough past experience) to still go and have fun.

I’m feeling pretty good about how my season is going so far. I’m not thrilled to be so far behind on training, but life happens. Time to just put one foot in front of the other. I’ve invested too much energy and money into making the New England Series happen to fall apart now!

I may not be setting any speed PRs, but with 11 half marathons between now and the end of May, I might hit some mileage PRs!