You are here: Home / Ramblings / Wrapping up a no race, low mileage week

How is it already May? This year is totally flying by!

Last week was a bit crazy. I worked more hours than normal, we had some computer issues I needed to fix, and Shoo had several appointments, including one with my awesome chiropractor. Thankfully, his ankle seems to be nearly mended, so now it’s all about strengthening it so he doesn’t sprain it again. I did manage to survive the week, but I ran fewer than 10 miles. We are going to just call that a fall back week, m’kay?  On the bright side, I did manage 140 miles for the month of April, which was more than twice as many miles as the month of March!

As I mentioned in the title, I did not have a race this weekend. It was the first weekend since Easter that I wasn’t racing. It was awesome to sleep past 5am two mornings in a row! However, just because I wasn’t racing, did not mean I wasn’t going to a race. Instead I was volunteering for my relay team at the American Odyssey Relay. Team “Moms Do It All Night Long” was racing from Gettysburg to DC! I’d run Ragnar DC and Ragnar Cape Cod with them, but opted to volunteer this time since I could not commit to having the freedom to run with them. (Good choice on my part, this week would not have allowed for me to run.)

I volunteered at Fletcher’s Cove, which was the last transition point before the finish. 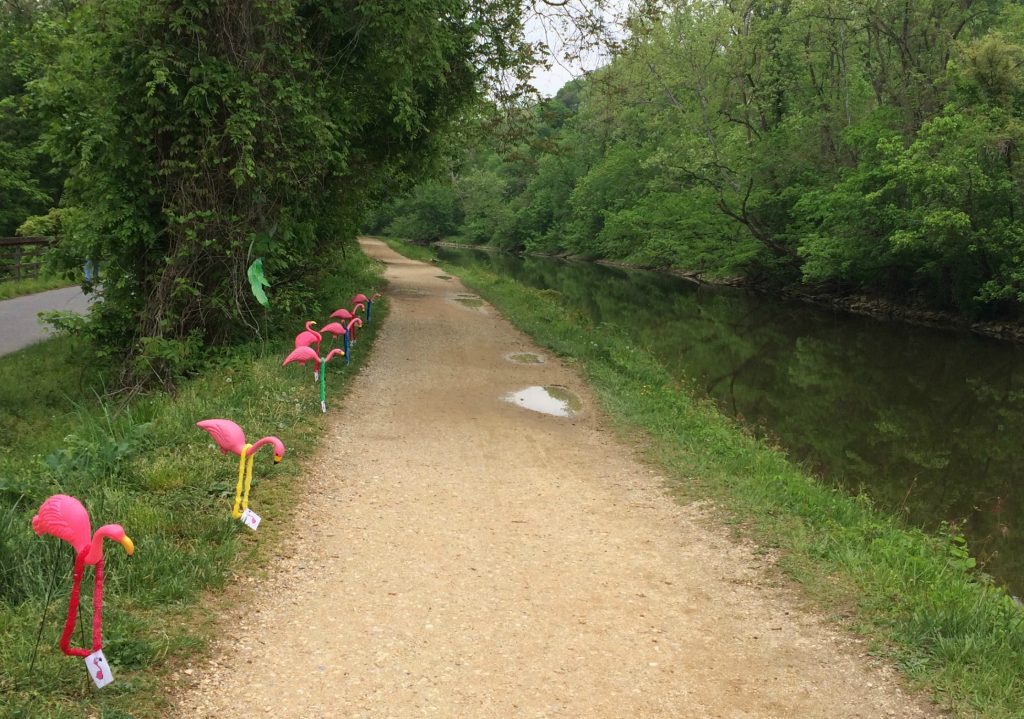 I spent the majority of my time directing cars and vans into the two parking lots and in and out of the area. Fletcher’s Cove is a special kind of hell – it has both a one lane entrance/exit on a hill AND a one lane teeny tunnel on the way to one of the parking lots. I only had one non AOR car get mad at me, and while it looked like he was contemplating running me over, he did bend to my will LOL. Sadly I did not get to see our team come through as I had to leave. 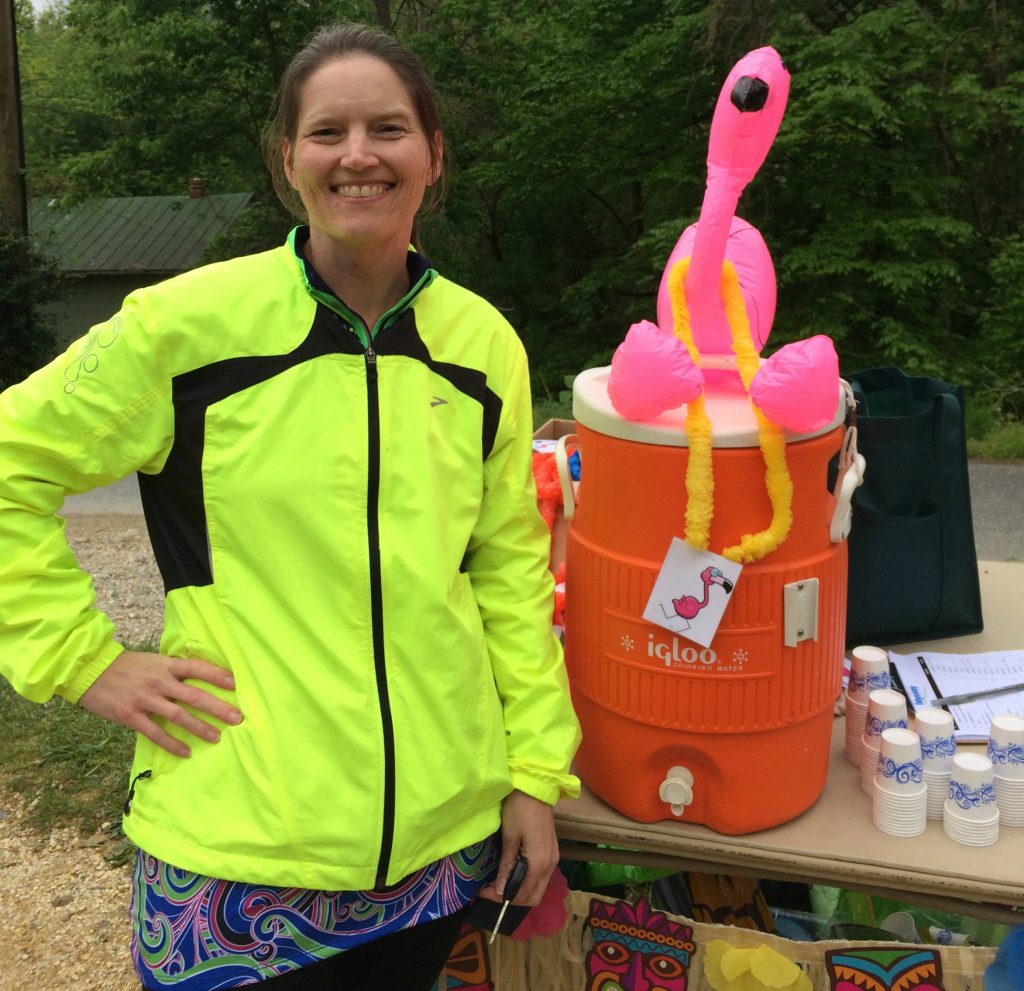 Saturday evening we had a fun party that we won at the school auction. The theme was Heroes and Villains – I went as Wonder Woman and Beer Geek went as “Curmudgeon Man” AKA without dressing up. 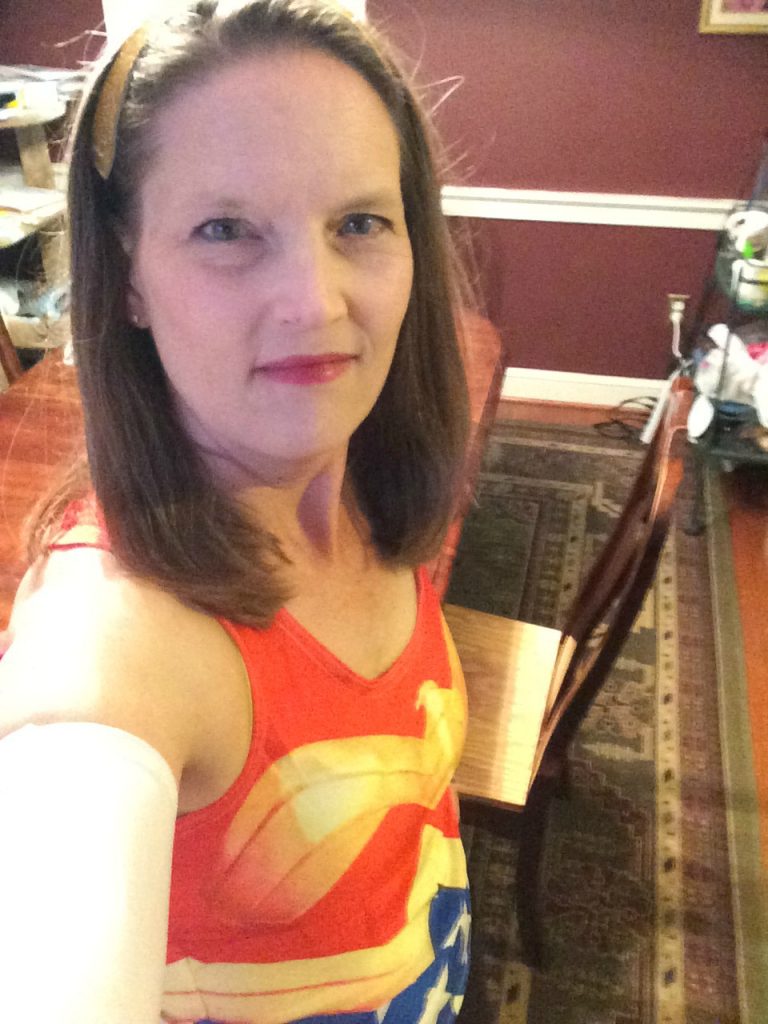 I had ordered some gold arm sleeves when I realized how cold it was going to be, but they were sent to Spotslyvania, VA instead. (What?) And last time I checked had moved on to North Carolina. I think they may be more well traveled than I am! Anyways, I survived without and the party was a blast! 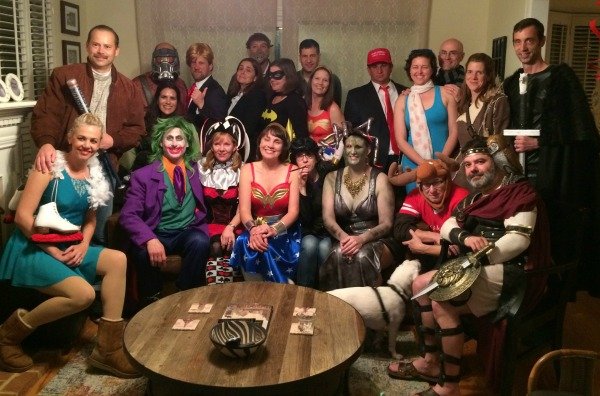 Sunday I woke up to pouring rain. Sadly, for travel soccer, that does not cancel a game. So off we went to a soccer game in the pouring rain. Shoo did warm up with his team and get to play 5 minutes at the end of the first half and had zero pain. Woohoo!!! Now we just need to get his stamina up while strengthening his ankle.

I spent the rest of the day dealing with a sinus headache. Between the rain and my allergies, I was just useless. I meant to work out, but since it hurt to move my head for much of the day, I was happy I got a few chores done. Thankfully,  by late evening, the pain had decreased to manageable level and I was able to prep for Monday.

In less than two weeks, I’ll be heading to the Mainly Marathons’ New England Series.

If you live in the area of the races, let me know. I’m excited to get a kid free vacation with Beer Geek and I’m looking forward to seeing old friends and meeting new, but I’d be lying if I said I feel trained. I have a heavy mileage week (and one more half marathon) this week and then it’s taper and go time. I have this week tightly scheduled, so fingers crossed that all the planned runs happen!

Today I’m linking up with HoHo and Tricia for Weekly Wrap. Stop by the link up and see what everyone else is up to…