This past weekend was jam packed with lots of fun, quite a few hills, and a whole lot of beer! Of course, that means it was ZOOMA Annapolis weekend! 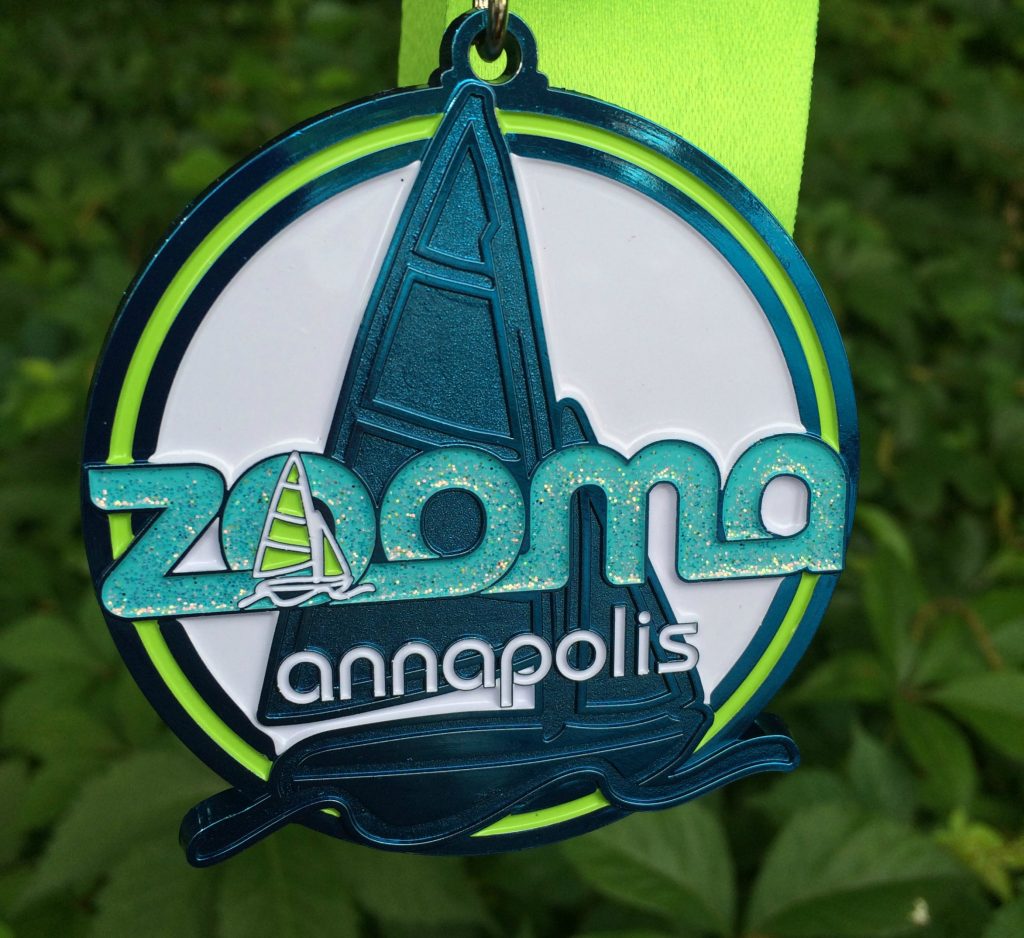 Up until Friday morning, I wasn’t sure if I was going to get to head to Annapolis early or if I’d be driving in the morning of the race. Thankfully, ZOOMA offers a few DC area packet pickups in addition to their Friday Expo in Annapolis, so I picked up my bib early, just in case.  Luckily though, the stars aligned and I was able to head out of DC around 2 and Cynthia offered me space in the room she was sharing with Sandra and Sue.

Halfway to Annapolis, I realized I’d forgotten to eat lunch and that I had also not brought anything to eat the morning of the race. Oops. I thought about stopping somewhere on the way, but the traffic was picking up and I decided I’d just push on to the hotel. Once I got there, I solved the lunch problem by grabbing a small meal in the hotel restaurant while I waited for everyone else to arrive. I didn’t solve the race morning food issue, but I figured I could run without breakfast if I needed to. 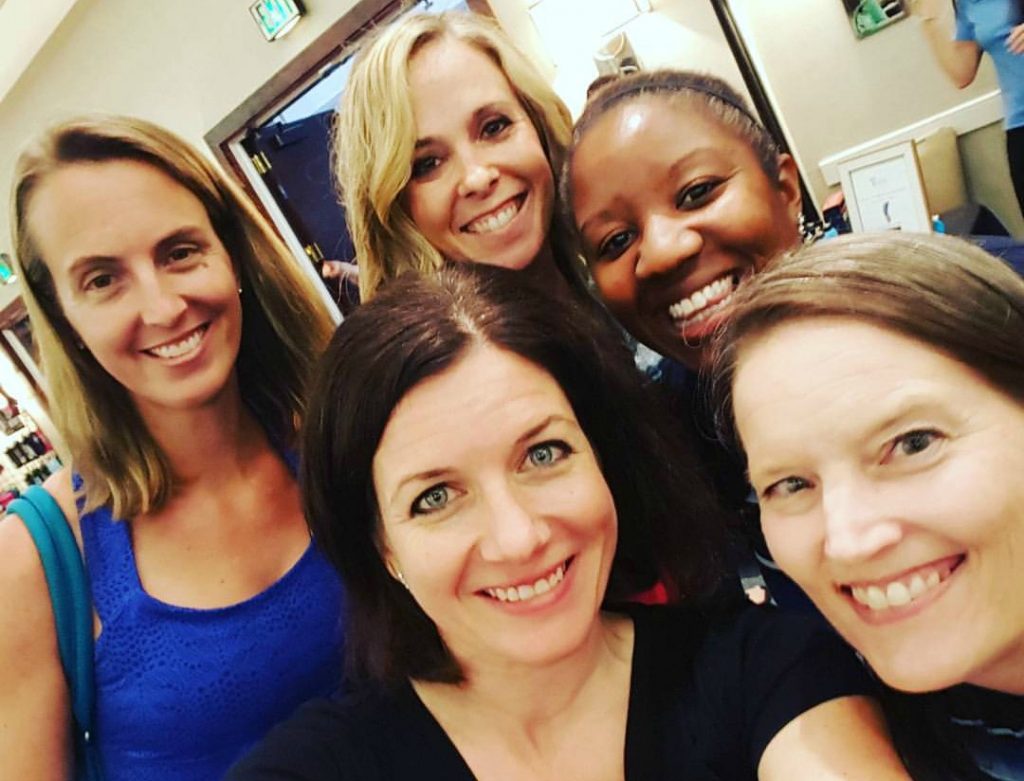 Finally, everyone started arriving. We checked out the expo and then went to a diversity panel that Brae Blakely, the founder of ZOOMA, had organized. It was a really interesting discussion with representatives from Black Girls Run, Girls on the Run DC, and Muslimas on the Run. While I realized beforehand that runners are predominantly white, I had not really known much about the cultural barriers that women of other ethnicities face. Very eye opening discussion! 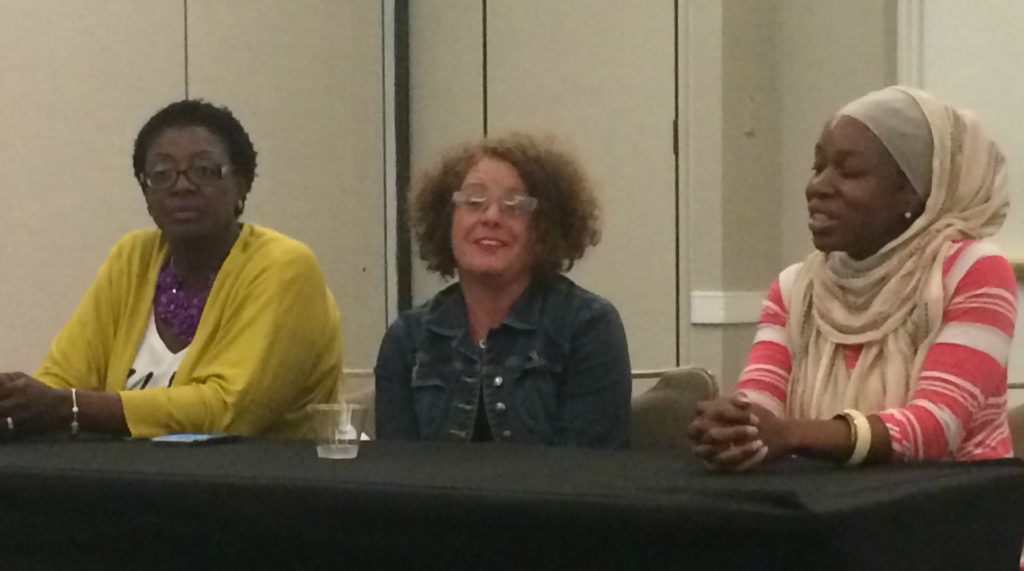 After the panel, it was dinner time! I joined 12 or so other ZOOMA ambassadors for dinner at the hotel restaurant. I’m not going to try to list everyone because I’m sure I’ll miss someone, but it was a total blast.

Let’s just say that some participants did a great job of “hydrating” for the next day. 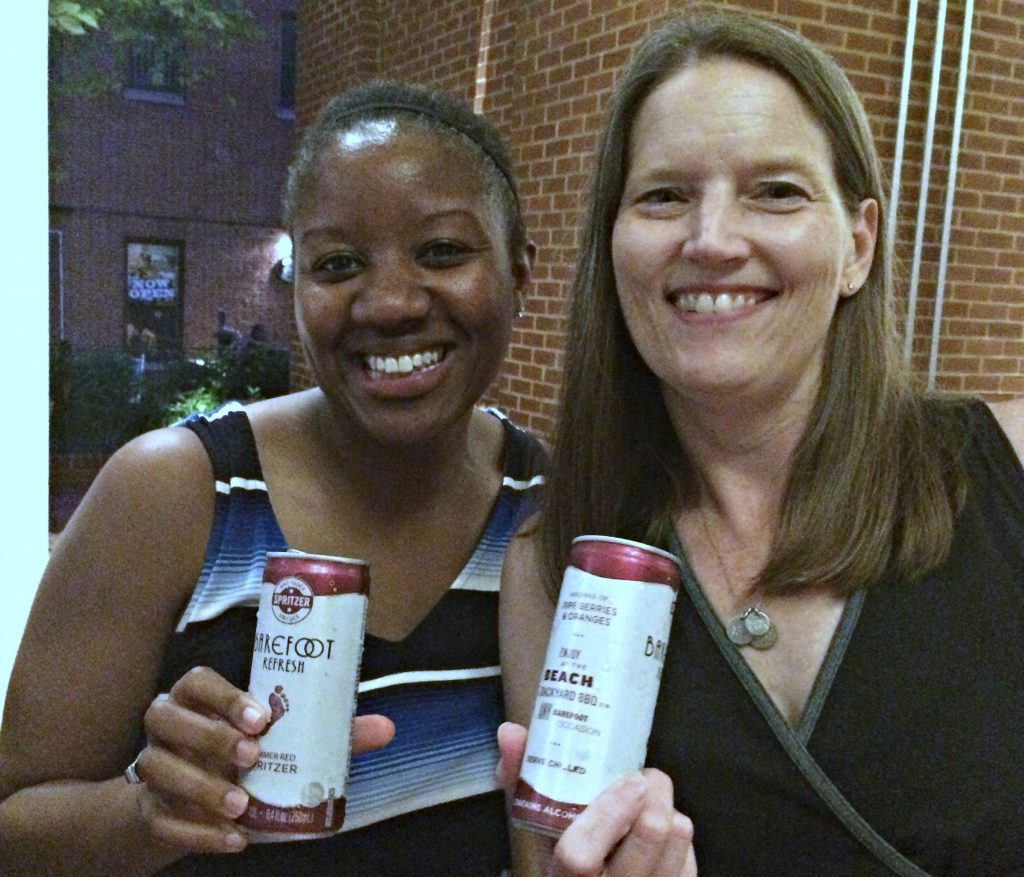 I had an amazing dinner of corn chowder and pizza. Probably a bit of a heavy meal for a pre-race meal, but it was tasty. 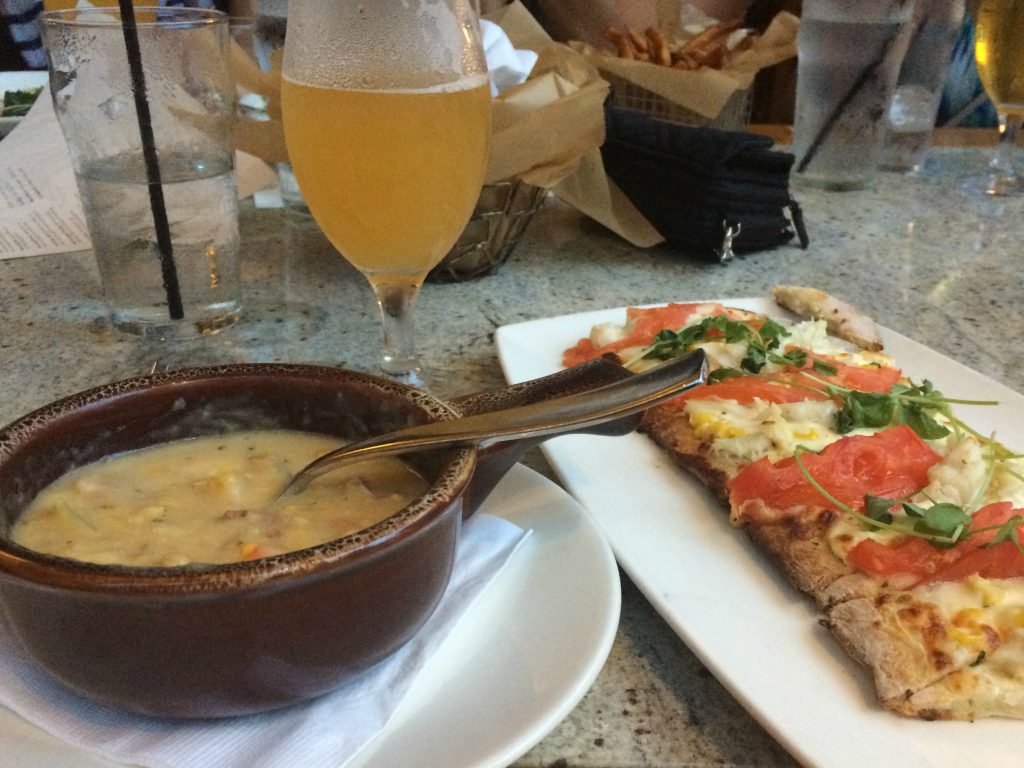 After dinner we headed up and got our outfits ready for the next day. I loved that I got the chance to spend more time with Sandra. I know Sue and Cynthia pretty well, but this was my first time meeting her in person. We all got along great and managed to get to bed at a somewhat reasonable hour. 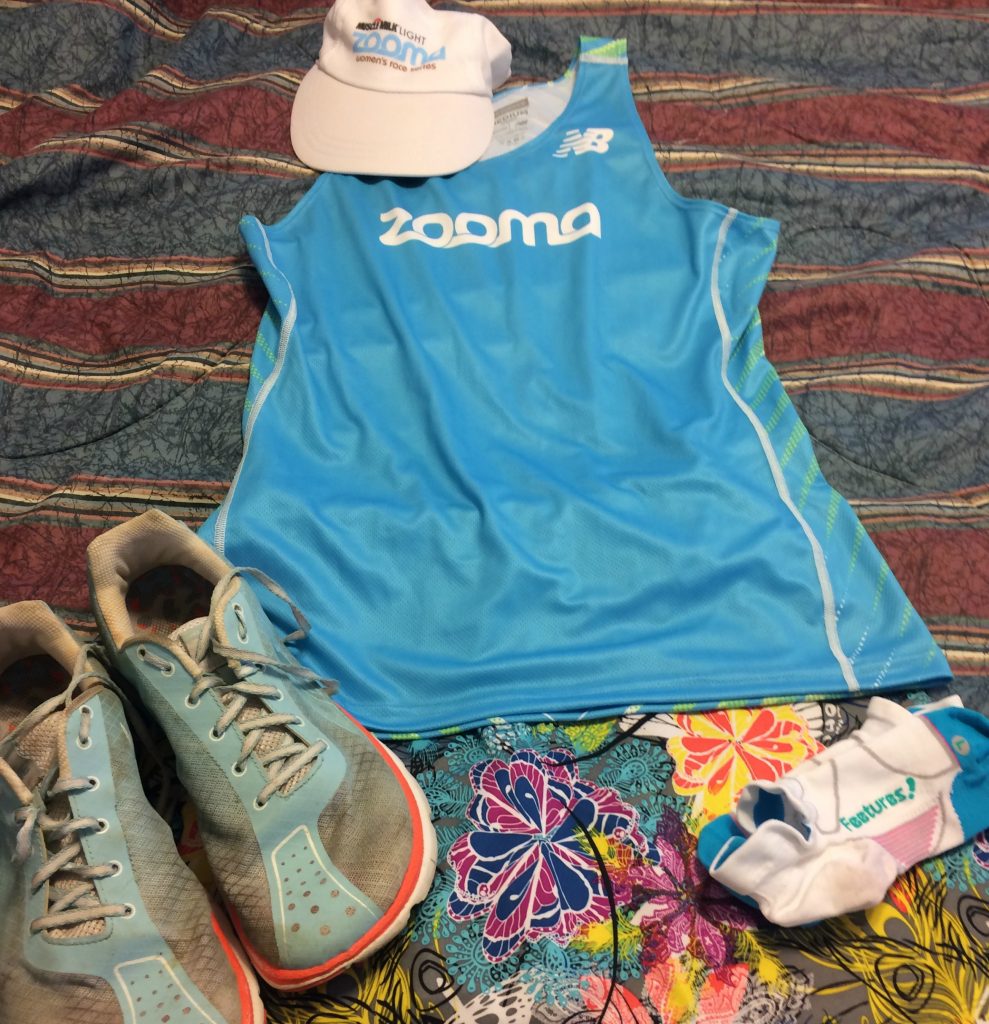 My alarm went off first because I can’t race without coffee. I got ready to start a cup in the room, but quickly realized that there was only decaf in the room. A quick trip down to the lobby netted me both a cup of coffee and food! Kudos to Loews and ZOOMA for providing us with granola bars and bananas to start our day! 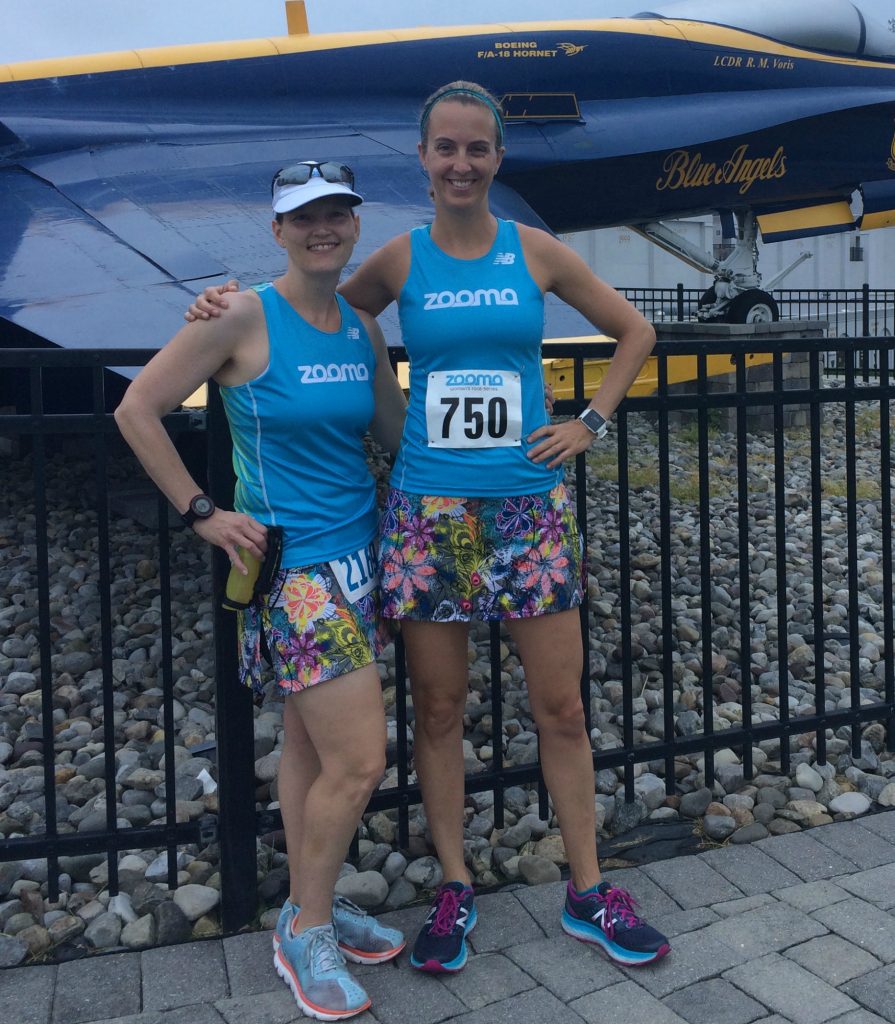 After a quick walk to the start line, we met up with all of the ZOOMA Ambassadors who were running Annapolis. (Don’t forget my code ERIKA16 gets you 10% off of ZOOMA Cape Cod and ZOOMA Florida!) 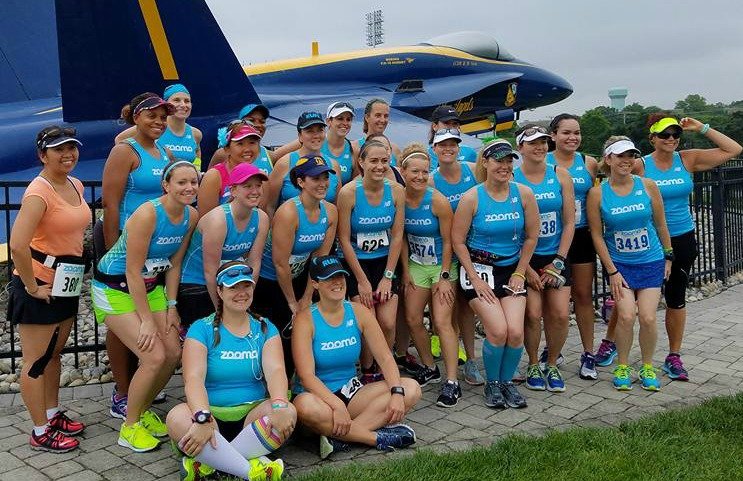 And then it was go time. Not much to say about this other than that I way overestimated how fast I could run a 10K as well as way underestimated the hills and the 92% humidity. Long story short: I ran fast for 4 miles and then completely fell apart. I did manage my B goal of a sub-10 minute pace and missed my A goal by less than 2 minutes. I have, however, never been so happy to not be running a half marathon LOL. I love ZOOMA Annapolis and I love to run it when I can, but the hills are killer and it’s often one of the first hot weekends of the year. The two always combine to kick my butt. 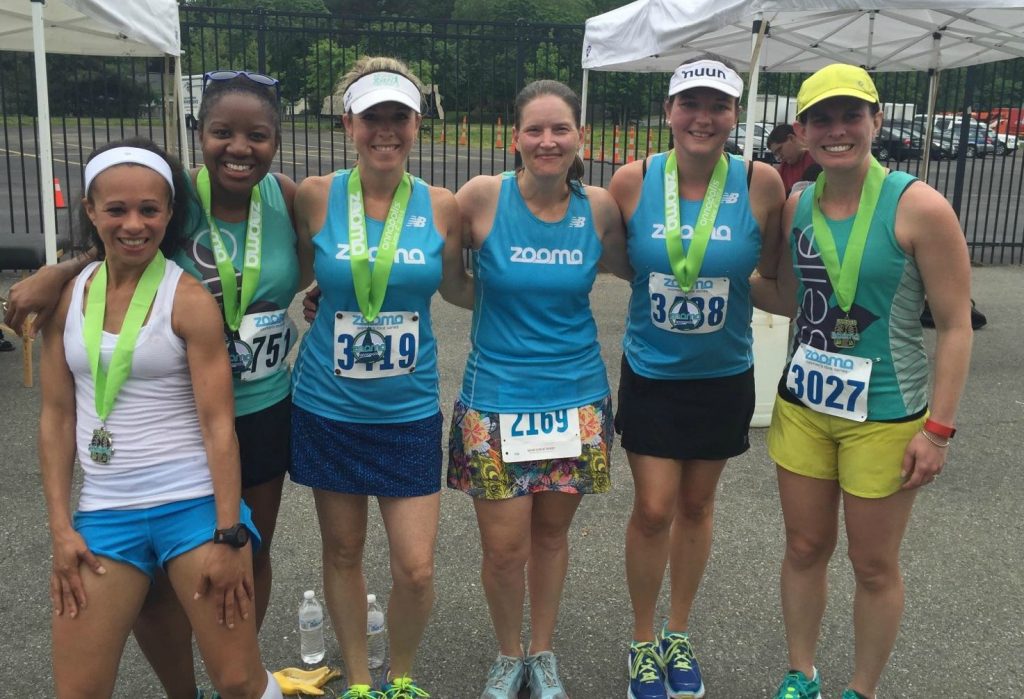 I raced home from Annapolis because Beer Geek and I had a date at Savor Craft Beer festival. 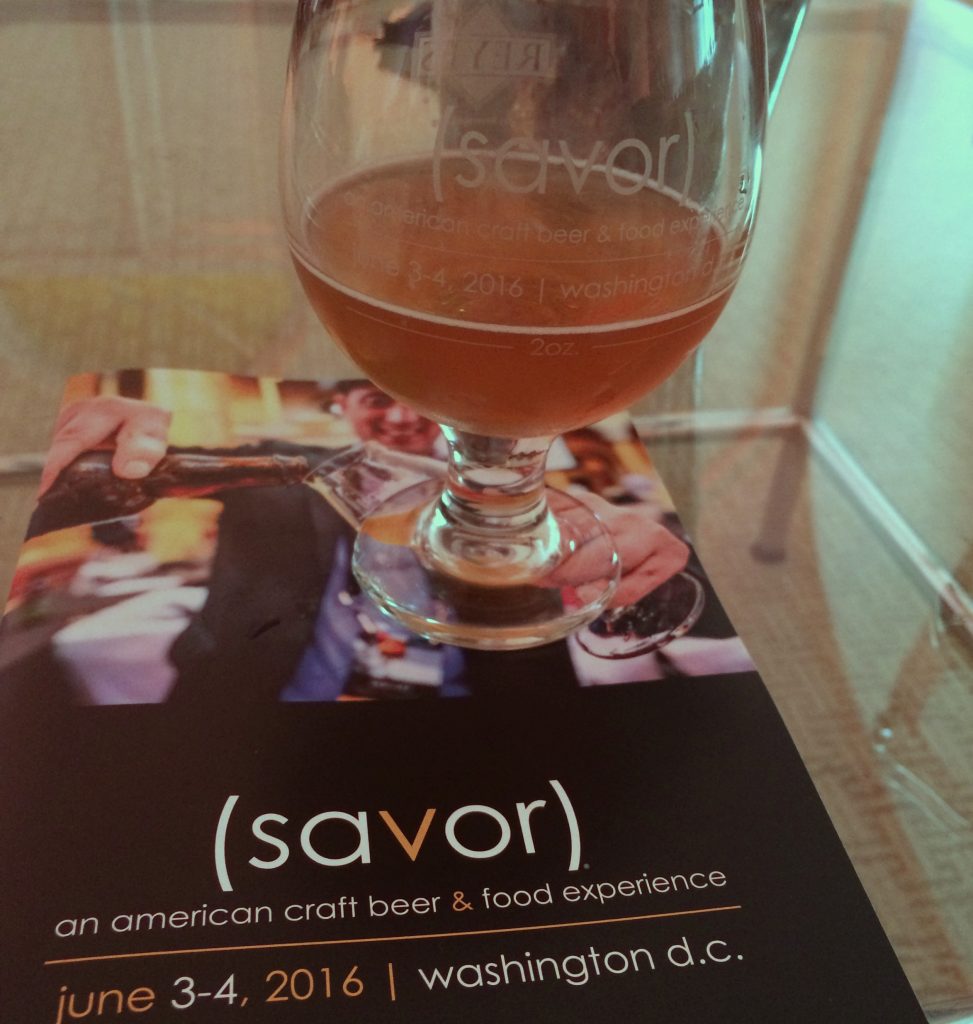 I had an amazing time, but I’ll save my big discussion of that for later this week. 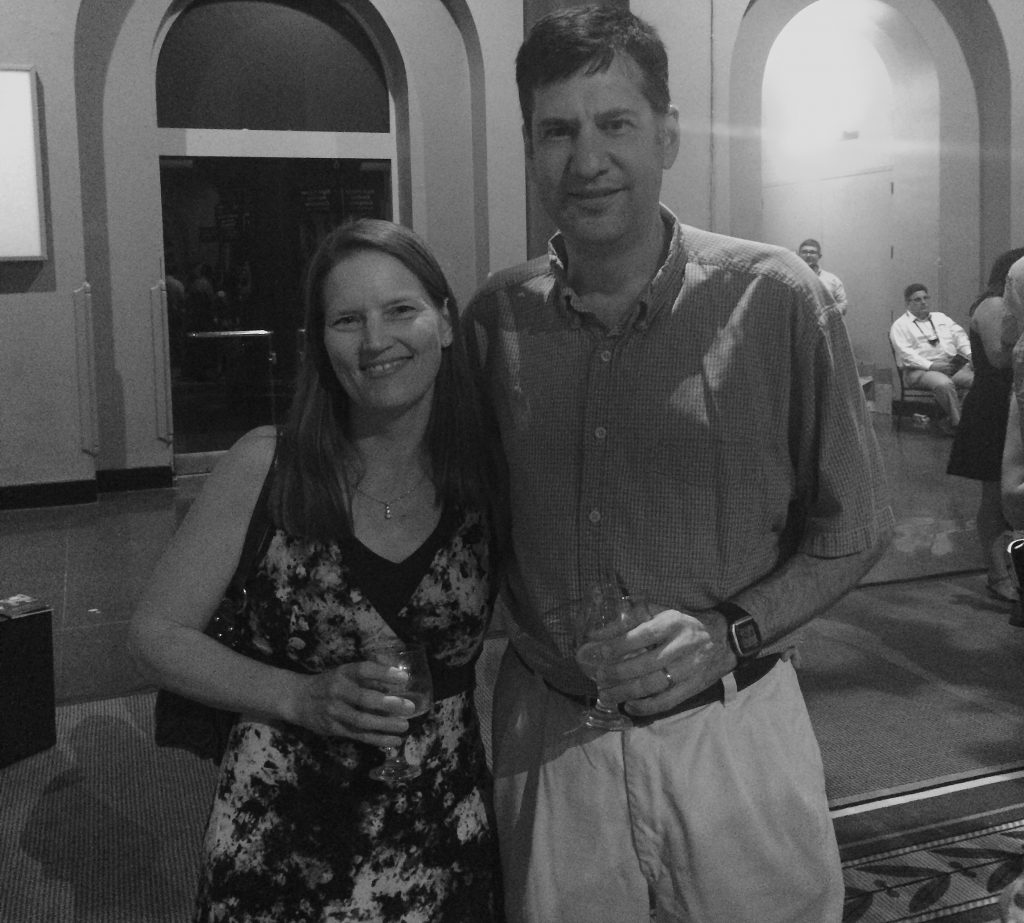 Today was just a blur of chores and a soccer game an hour away. I swear this season will never ever end. I’m heading into a crazy busy week with a Friday departure for a Skirt Sports Ambassador weekend in Denver.

Don’t forget to link up with us this Tuesday! The topic is “are you a race gear hoarder or a minimalist?” If you’ve seen my pictures of my Skirt Sports collection, you know my answer to that LOL.

Today I’m linking up with HoHo and Tricia for Weekly Wrap.  Stop by the link up and see what everyone else is up to…