Short story: I did successfully complete 2 full marathons this weekend. Just in case you are wondering, I have no desire to run two in a weekend ever again. 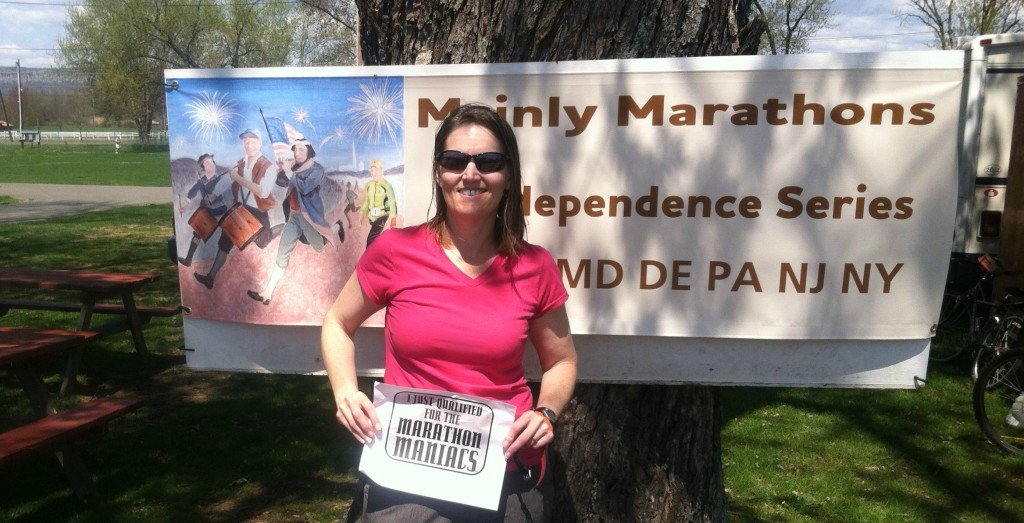 Once again, I’m linking up with Tara at Running’n’Reading and Erin from Her Heartland Soul to recount my weekend.

It was amazing. It was exhausting. It was so much fun. I’ll share actual race reports later in the week, but here’s how the weekend went down.

Kim arrived Thursday evening with no issues, despite thunderstorms peppering the DC area. We loaded the car and headed out of town as soon as we could to head up to Birdsboro, PA for her race on Friday morning. 4:30 am came way too early, but we got her to the race on time. I spent the time chatting and eating. Yes, spectators are just as welcome as runners to eat. In fact, I may have been told by Norm that I HAD to try his pancakes.  Blueberry pancakes. Freshly cooked and hot. During a race. Yep.  (They were REALLY good.) I definitely got some good carb loading that day for my race the next day! 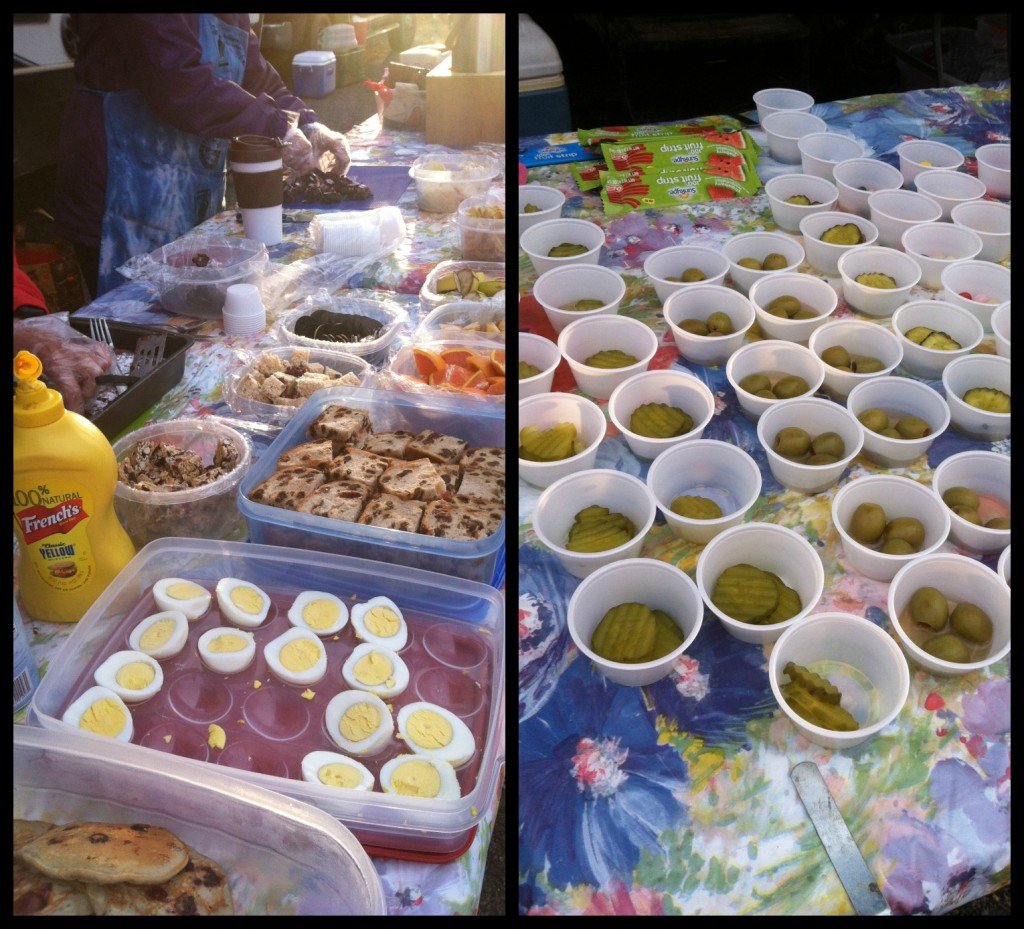 After Kim finished racing, we headed up to Clinton, New Jersey where we checked out the Red Mill Museum and then joined everyone for dinner. I love hanging out with the people from these series. Everyone is so friendly and someone at the table can usually give you the insight on any race you want to hear about because they’ve run them all.  Seriously, these people race a LOT.  Then it was back to the hotel and early to bed because I was racing the next morning.

Saturday morning dawned quite chilly and I was glad that we would pass the “bag drop” area multiple times. I didn’t feel like starting cold, so I planned to drop layers as I went. I caught a ride over with a friend from a previous series so that Kim could sleep in (the 3 hour time difference had caught up to her.) 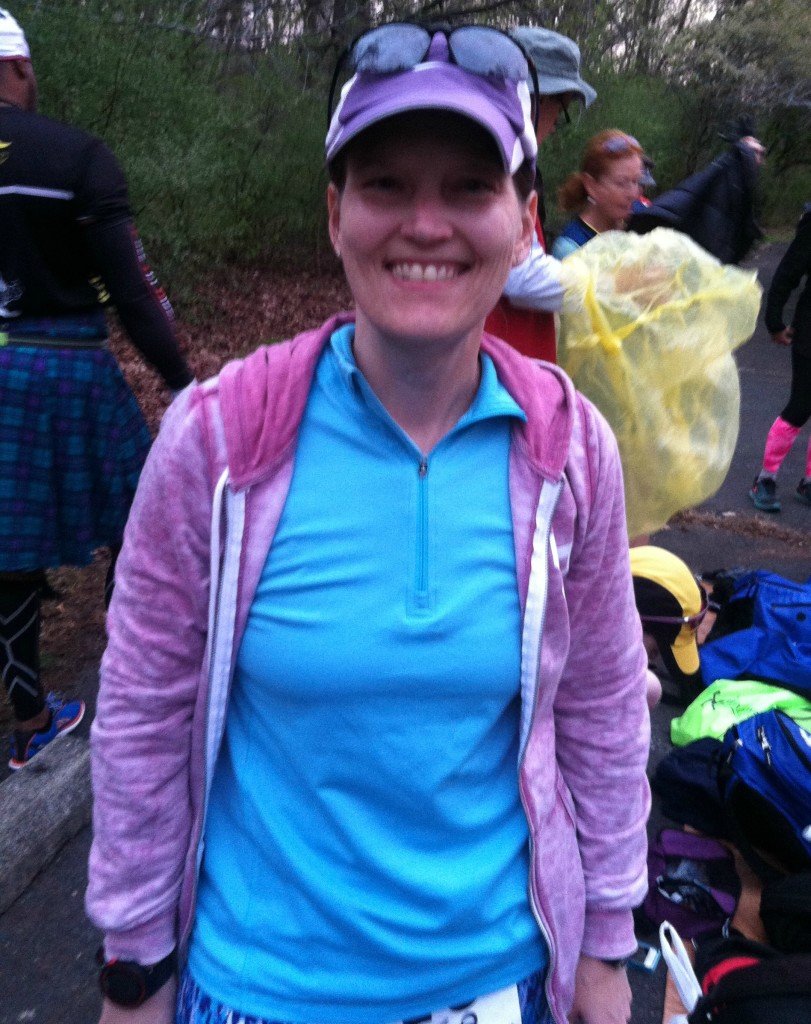 I’ll give details about the race soon, but it was 14 laps of out and back on a pretty, not too hilly course. The race went as well as I could expect given the warmth at the end and I finished 27.1 miles (yeah, it was a bit long) in 5:08:24. Because the course was long, I made sure to note when I saw 26.2 on my watch – 4:58:34. After a quick foot soak in some icy water and a 30 minute massage (best $30 I’ve ever spent), we headed back to the hotel and I took a short soak in an Epsom salt bath. My feet were pretty sore, but other than that I felt pretty good. 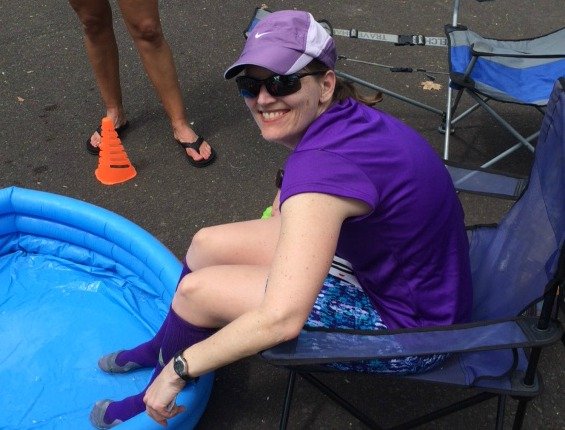 Next stop was New Paltz, NY. We had planned to hit the Roosevelt Presidential Library, but I moved too slowly getting ready. We ended up doing a mini tour of the small town and then met up with people for dinner. I, of course, had a flight of New York beers and am now on a quest to find Catskill Brewery’s Freak Tractor beer locally. It was AMAZING.  We stayed at an AirBnB in a lovely room on the outskirts of town. It was perfect for the two of us and much nicer than the hotels in town. 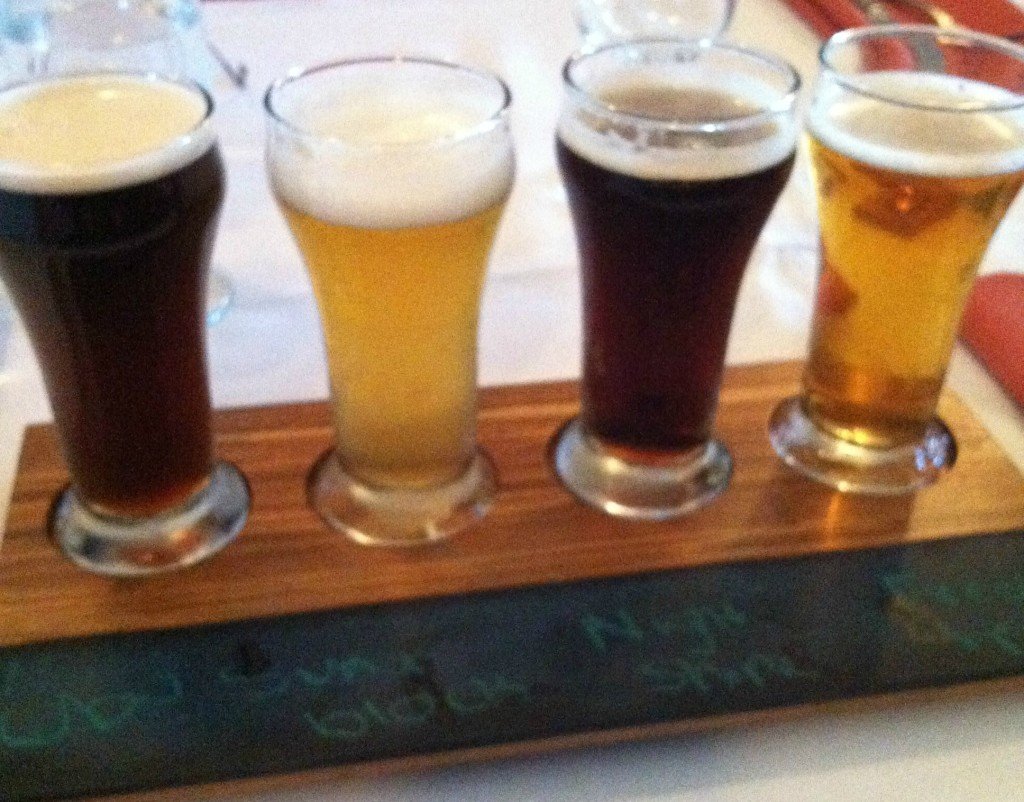 Sunday dawned a little chilly, but was expected to warm up quickly. I started the race in a long sleeve shirt over a short sleeve shirt, but finished in a tank top. My quads were feeling the previous race, but overall I was feeling pretty good and I had on my favorite cushy Altra One^2 shoes. 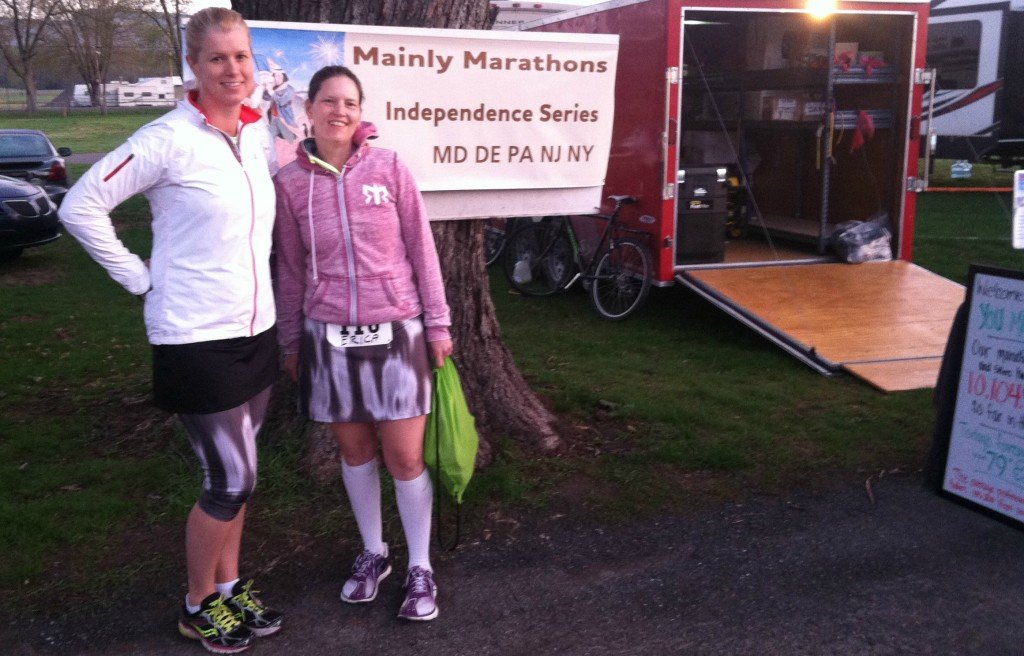 Yes, I did stop in the middle of the race and change shirts. I didn’t love this course with multiple loops and out and backs and a run through a cattle barn. At least there were no actual cattle in the barn. 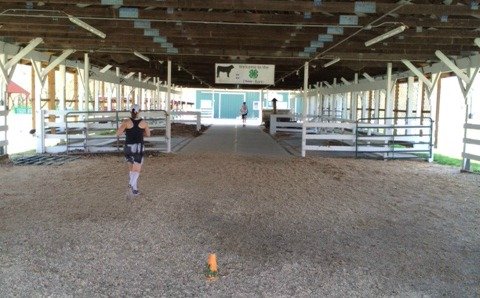 By 10am, the only shade on the whole course was in that barn. Luckily?, we did the course 20 times, so I ran through the barn 40 times. Oy. Thankfully, these races are really about the people and the food, so I did a lot of chatting and enjoyed a few snacks. I think I finished in about 5:15, but I reset my watch after the first half.  It’s all about the mind games. After the race, I was able to grab a quick shower in one of the buildings there, so I didn’t have to ride the 6 hours home feeling gross and sweaty. It’s always so hard to leave my people, but we got out of there and had a relatively easy drive back to DC. 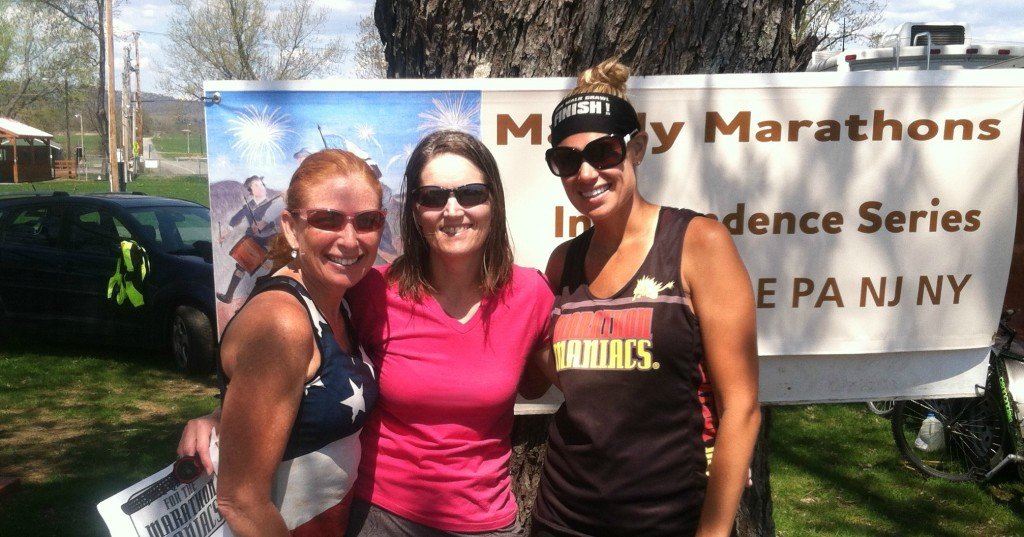 Today, I’ve already dropped Kim at the airport, making for 4 days of 4:30 am wakeups. I’m so tired. And I’m walking like this:

Up next, Ragnar.  I’m not worried about the running, but I have a lot to accomplish in the next couple of days to get ready for the start line.

How was your weekend? Don’t forget to join us tomorrow for Tuesdays on the Run and your best race!