You are here: Home / cold / Adventures in the Rain

This past weekend was all rain all the time.  (Ok, maybe there were a few breaks, but not many and there was snow…)  It was one of those weekends where all you want to do is curl up on a couch under a warm blanket with a book.

Spoiler: That? Was the one thing I didn’t do.

With 34+ miles to go until I hit 200 miles for March, I knew I’d be busy.  When the rains hit on Friday morning, I thought it was going to be a miserable weekend of running.

Spoiler: It was not.

On Friday, a friend reached out to me and wanted to join me for 5 miles.  I took her up on it and we ran 5 miles faster than I meant to.  Then I finished up with 4.6 slow miles in the rain.

Late Friday night, I got guilted into getting up early on Saturday and joining an MRTT group for a run.  I dragged my butt out the door into another rainy day and had a fun but muddy run with some wonderful ladies.  And then I snapped this awesome pic: 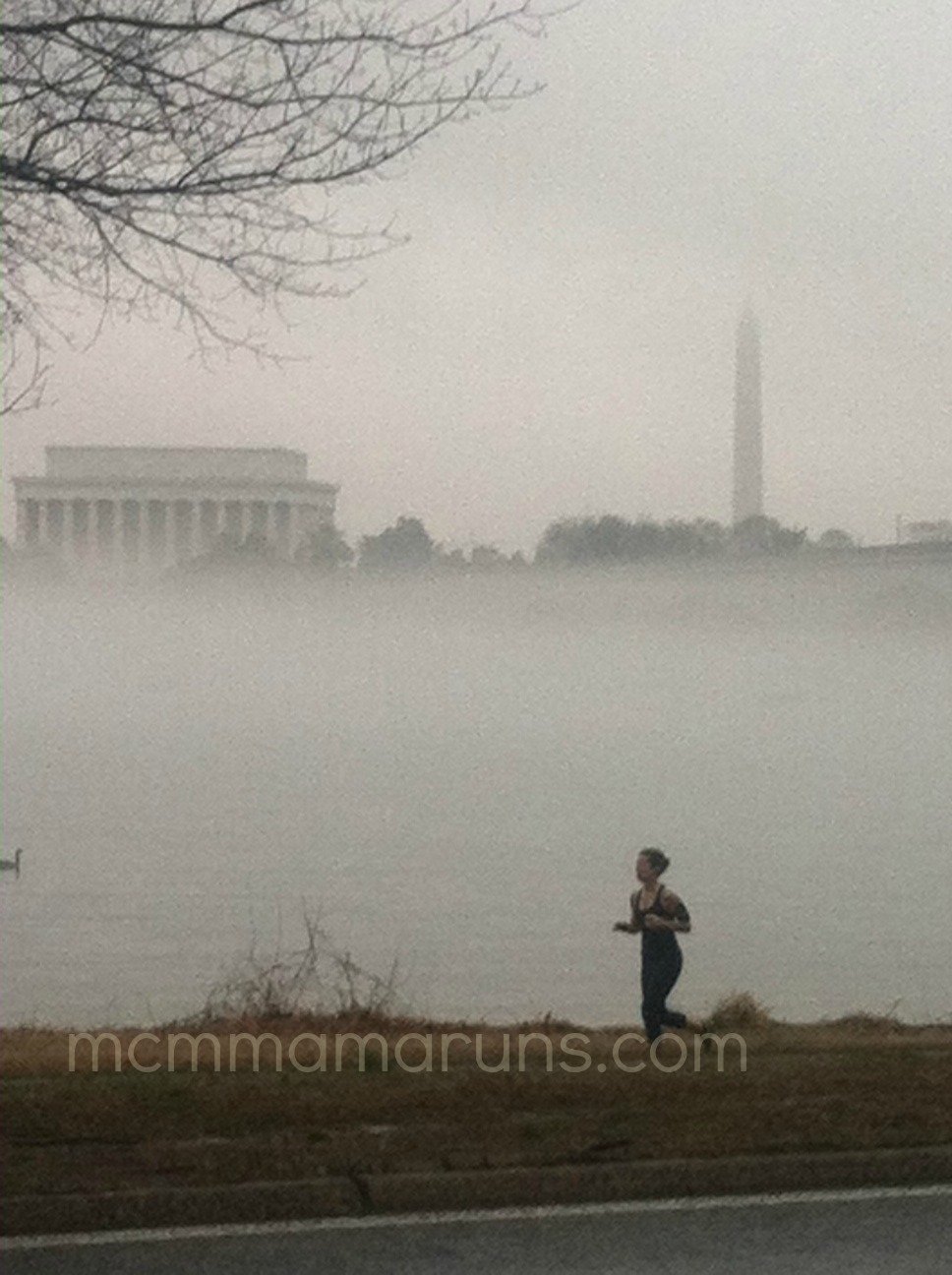 Instead of a nap or a nice read on the couch, I ended up heading to work at the library to cover for someone who couldn’t make it in.

Exhaustion may have played a role in this conversation: 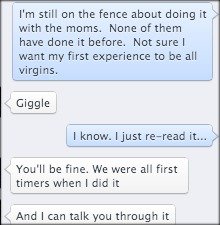 What?  We were talking about Ragnar.

And in my delirious state: I joined a team for my first Ragnar this  coming fall.

But, the weekend wasn’t over yet – I still had a race to work and miles to run.

I was in charge of the water stop for a 5K in DC, so I got up early and dressed not quite appropriately.  At least I was smart enough to wear Beer Geek’s rain jacket that covered me almost to my knees.

(Tip:  If you are ever working or volunteering at a race, the answer to “Do I need to put on another layer?” is ALWAYS yes.) 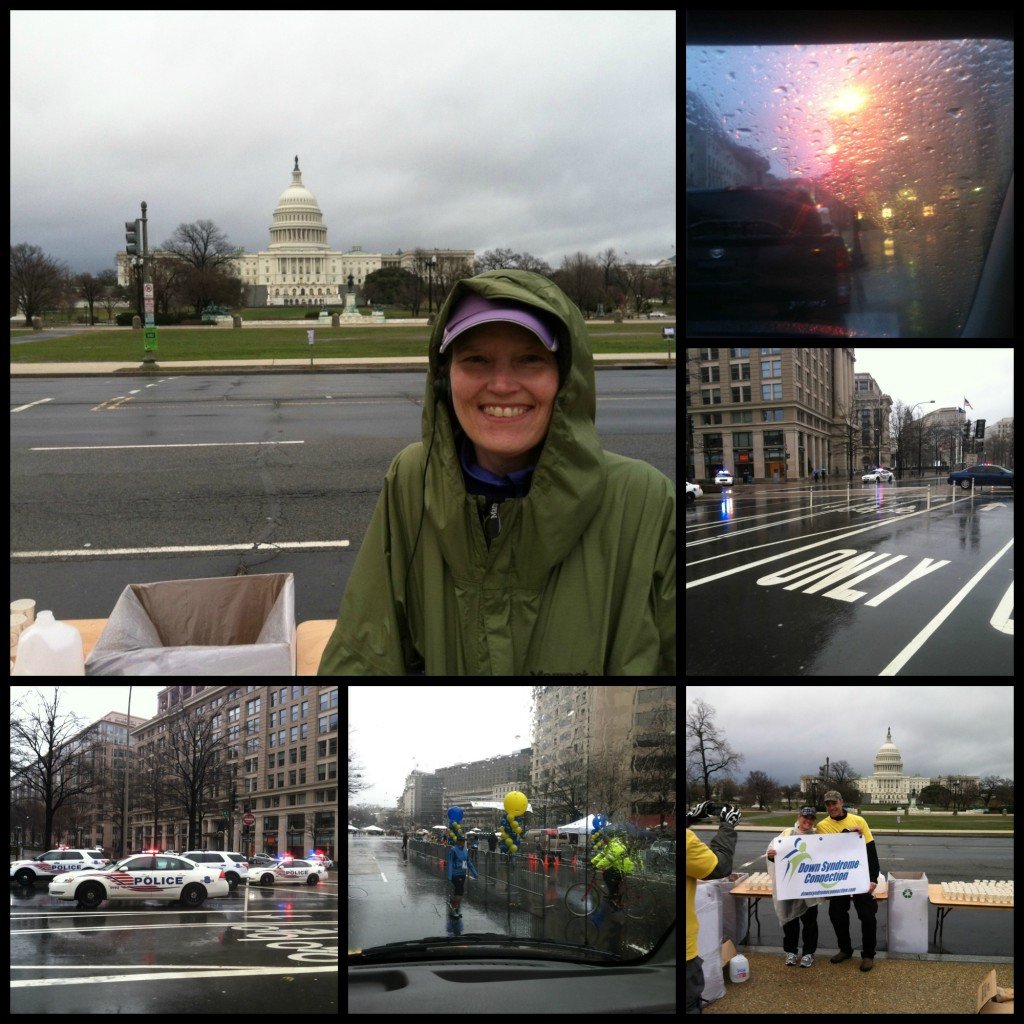 It was cold. It was pouring! But the volunteers were awesome and the runners were amazingly cheery despite the weather.

But I’ll be honest: there was no way I was going running outside after 3 hours in the cold and wet.

Come back tomorrow to see if I make my goal of 200 miles in March!  And get a sneak peek at my planned outfits for 5 half marathons in 5 days!

And you’ve got just a day left for the Apera Sprint Bag giveaway!