You are here: Home / beer / Beers of Summer – DuClaw Morgazm and Funk

Disclaimer: I have received compensation for this post, but hello? We all know how much I love beer and that I won’t drink a beer I don’t like. All opinions are my own.

I love beer. If you follow me on instagram, you know that there is no question of that.  I am also a huge fan of DuClaw Brewing.  They are relatively local (in Baltimore) and they make one of my favorite beers – Sweet Baby Jesus. I like that beer so much I made cupcakes with it.  But, here’s the thing, I’m a dark beer girl. I love my porters and stouts and wee heavies, etc.  So, each summer, I struggle with finding beers that are tasty and refreshing and not my usual heavy choices.

When I was asked to review these beers, I was unsure of whether I would like them, but I’ve been trying to have an open mind this summer.  And the descriptions of the beers made me go “hmm, maybe”.  So, I agreed to try DuClaw’s summer beers: Morgazm and Funk. 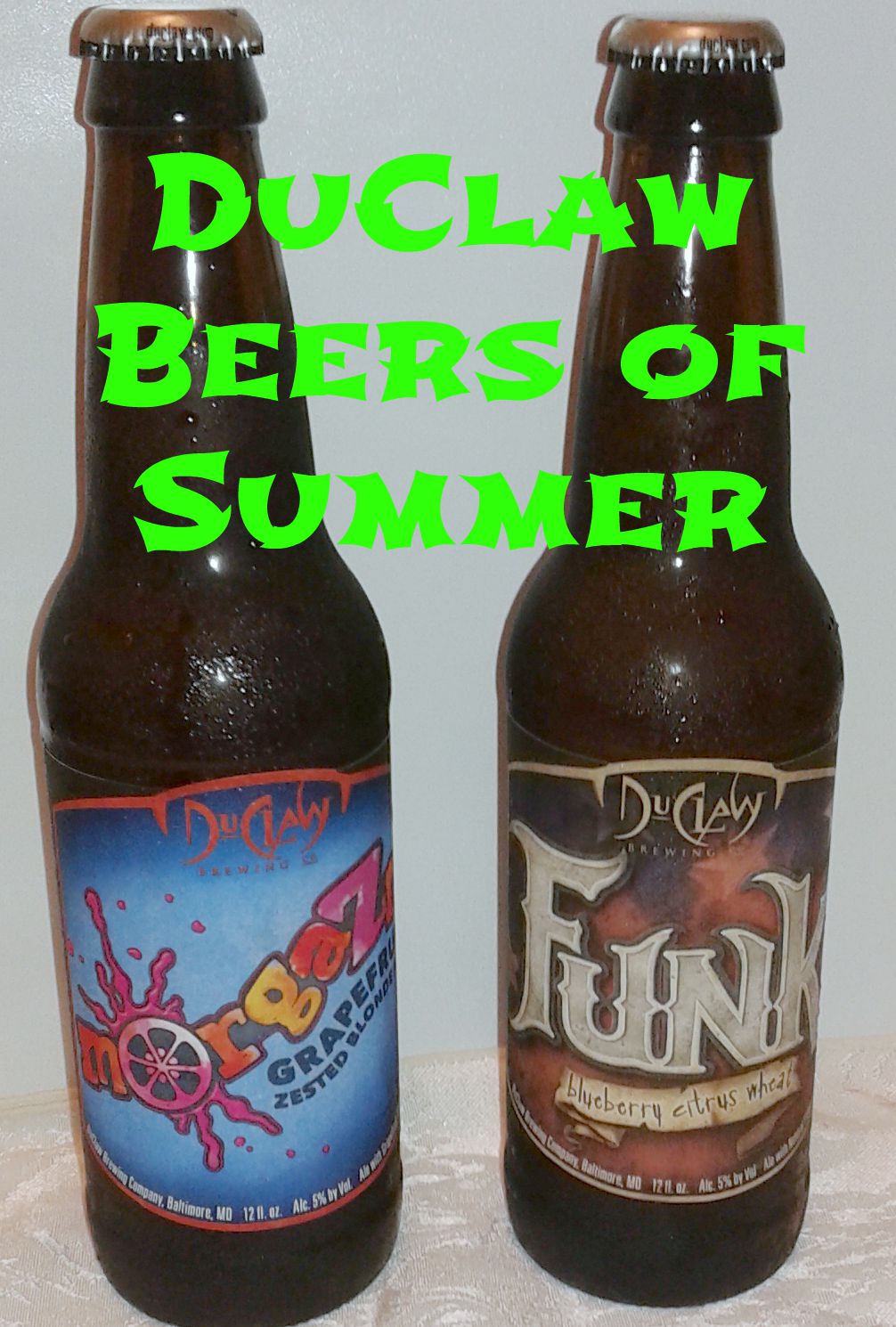 Morgazm is a spin-off of a classic – DuClaw’s Bare Ass Blonde Ale.  For a different flavor, Morgazm is infused with one of the summertime greats – grapefruit – and dry hopped with Citra hops to add lemon and tart aromas. I don’t love hoppy beers, but I LOVE Citra hops, so I was pretty excited to try this beer.

Verdict: It’s good, but it’s not my new summer favorite.  I was disappointed that the Citra hops were not stronger, but that’s my personal quirk. 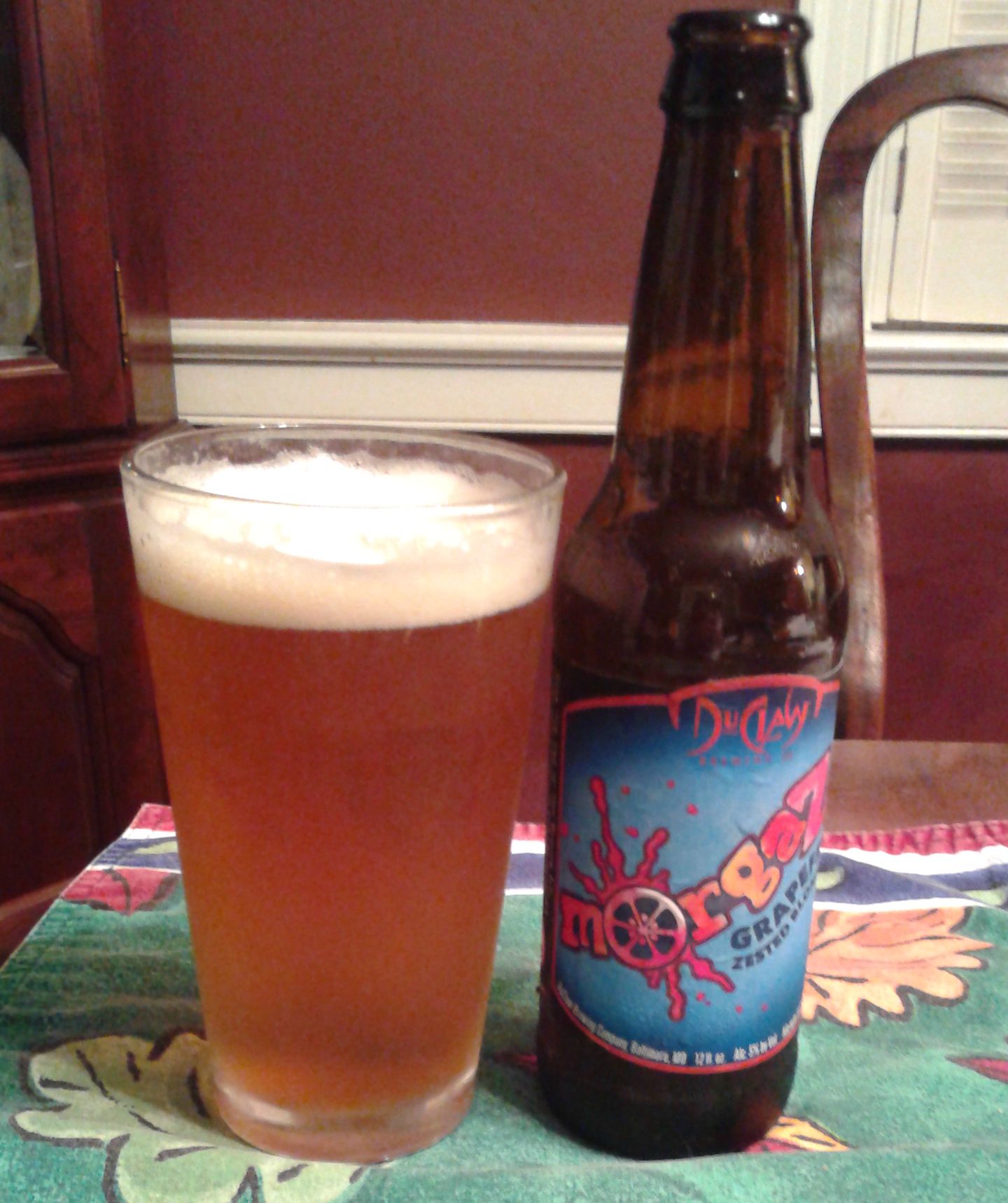 It is, however, a very drinkable tasty beer. With only 5% ABV, this is a great summer beer. Light in flavor and color and low in alcohol, it is perfect for a hot day.  The slight bitterness and grapefruit flavor would make it perfect to pair with spicy foods like Thai noodles or meat marinated in Sriracha sauce. I elected to drink mine with a handful of Sriracha almonds. 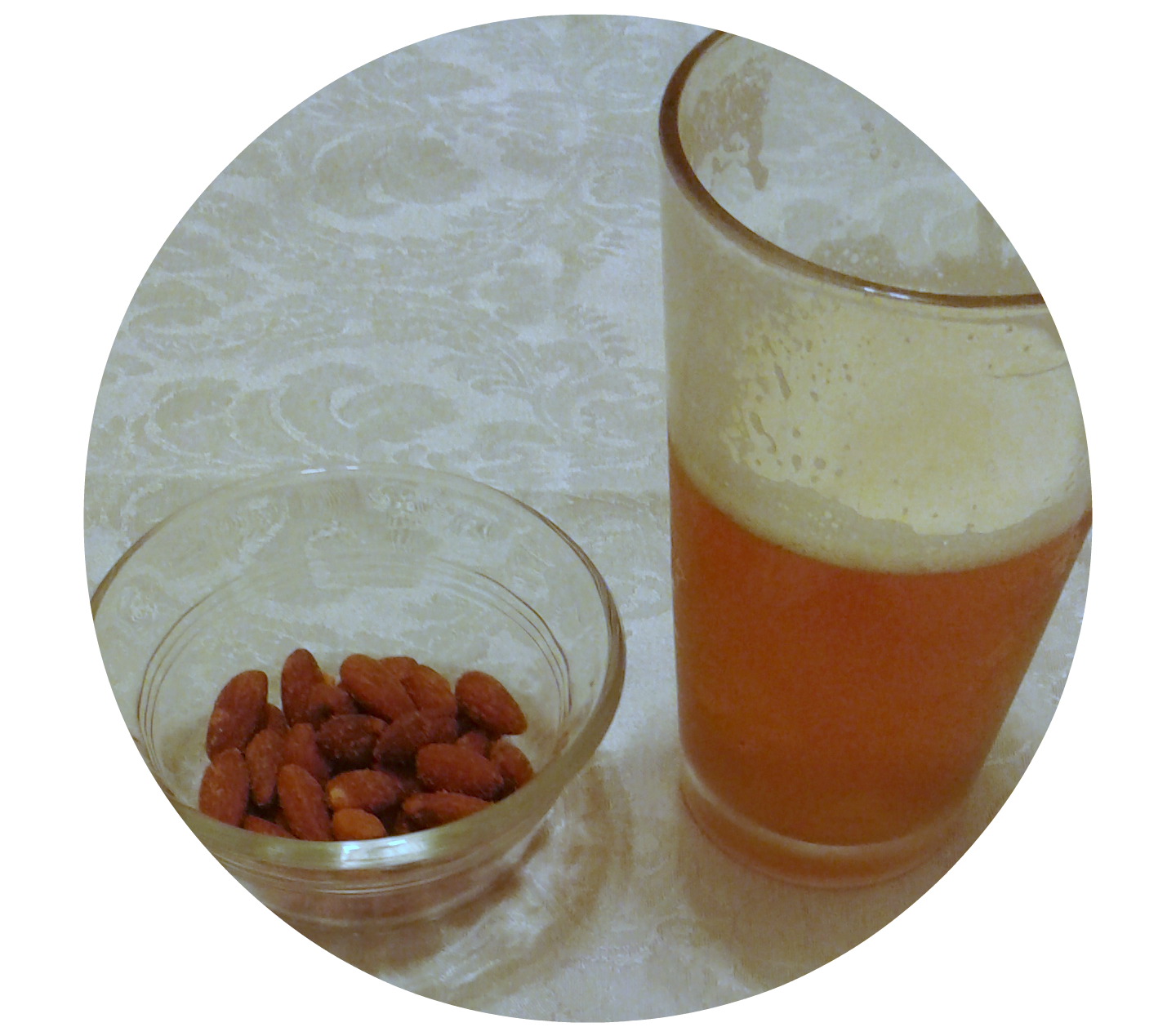 The two flavors worked really well together. (I was only bummed I didn’t have any Brie in the house to eat with it as well.)

Next I tried Funk. Funk is an unconventional brew. It starts with an American Wheat Ale as the beer’s foundation and is then infused with blueberries and  Meyer lemon flavor. 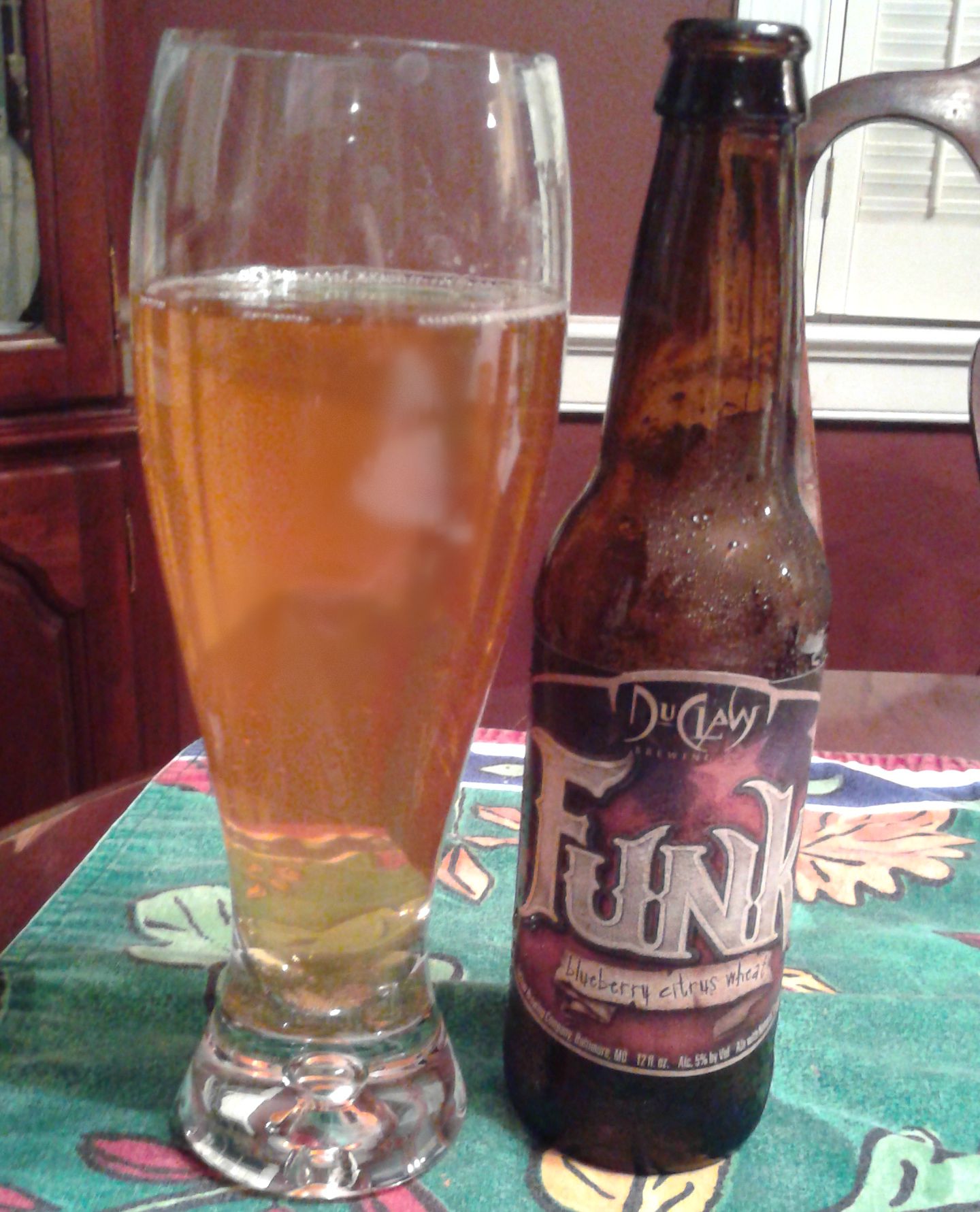 Verdict: I loved this beer. I happen to really like wheat ales (that style has been my go to summer beer this summer) and I enjoyed the slightly sweet and tart flavor that the blueberry and lemon bring to it. And the smell? Wow! As I poured the beer, the smell of blueberries wafted around my kitchen. The smell was amazing, but thankfully the actual taste of the blueberries was not overwhelming.

This beer screams out to be paired with lighter foods – leafy salads or a cucumber based salad or even a fruit based salad. I make a fabulous wheat beer vinaigrette that I think this would work really well in.

If you wanted to pair it with meat, I would suggest a nice lighter fish like sole or halibut. I think it might also go well with a fruit dessert. I wish I’d had some ice cream in the house because I think this would make a great beer float. I actually plan to do some playing around with the Funk on my own to see where it might work in a beer dinner.

I think both beers are great options for summer drinking. They both have nice flavors without being heavy. Both have an ABV of 5%, putting them at the top end of a “session” beer, but not a beer that’s going to knock you flat with one beer. These are summer seasonals and may not be available for much longer this year, so grab ’em if you see ’em.  They are mostly available in the east coast states surrounding Maryland.

Disclaimer: I was compensated by DuClaw for this post. All opinions are my own.