You are here: Home / skirt sports / Being Fearless 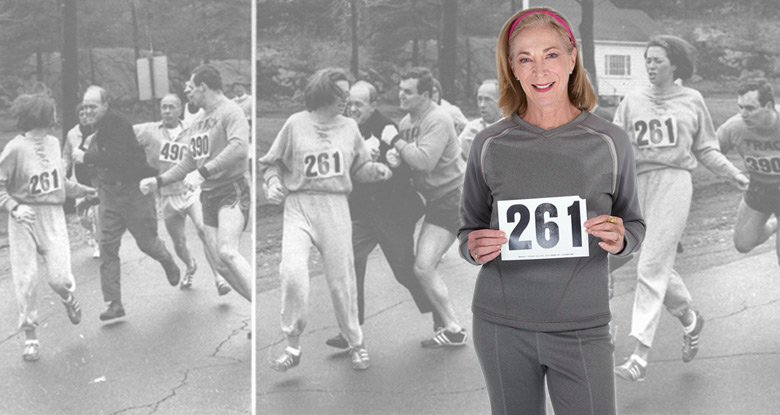 I’m sure you know the story, but let me share the highlights with you. In 1967, Kathrine Switzer entered the Boston Marathon. Women were not allowed to run, so she registered using her first initial. If one were to look at the pictures, you’d assume that she was trying to blend in by wearing shapeless grey sweats, but after reading the full story, you’d find out her attire was mostly weather related. One has to wonder if she would have been prevented from starting if she’d showed up at the start line dressed more obviously as a woman and been noticed right away. Anyway, she was able to start the race and made it a few miles before the race director attempted to yank her off the course. As we all know, she finished the race.

But did you know that this finish inspired her to start a race series for women with races in 27 countries? Or that she played an instrumental role in bringing the Woman’s Marathon to the Olympics? And now she’s starting a movement.

261 is more than just Katherine’s bib number. It’s becoming a movement. 261 Fearless is all about being Fearless in the face of adversity. 261 Fearless is all about finding our inner strength and courage. I am thankful that I live in not only a time and place that I can step out my door and run, but also can choose to run any race I want (well, except I’ll never be fast enough to qualify to run Boston LOL). Being 261 Fearless doesn’t necessarily mean you are making news headlines, it just means you are being fearless in your every day life, whether that’s in your marathon training or your job or whatever life might throw your way. 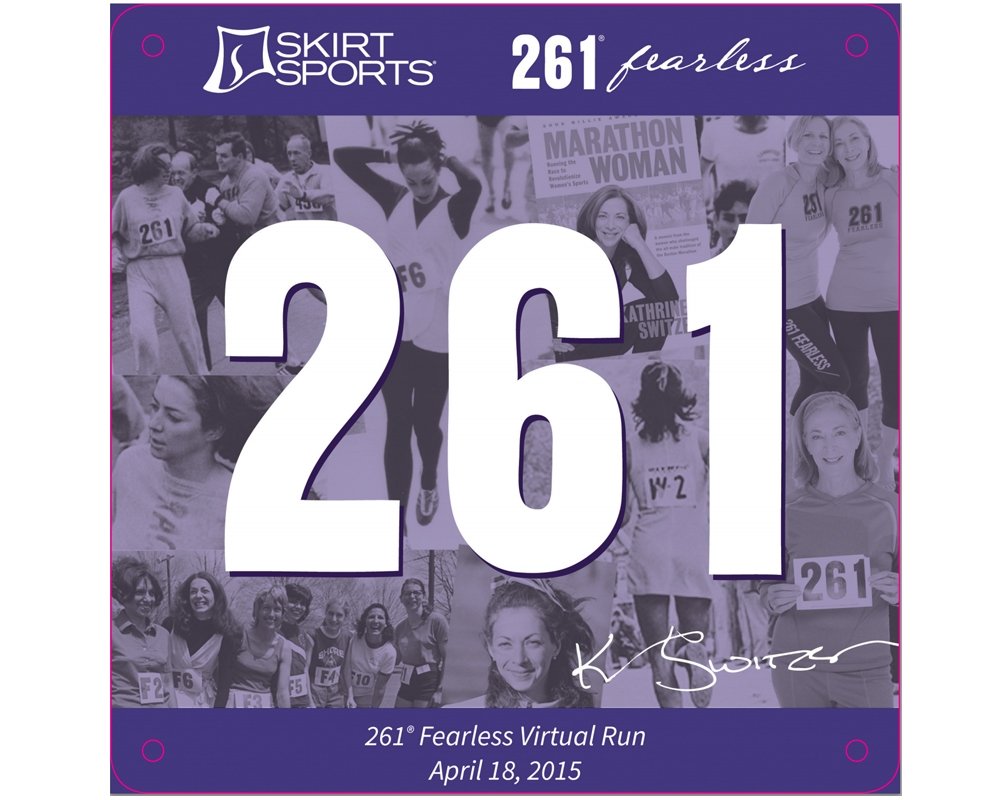 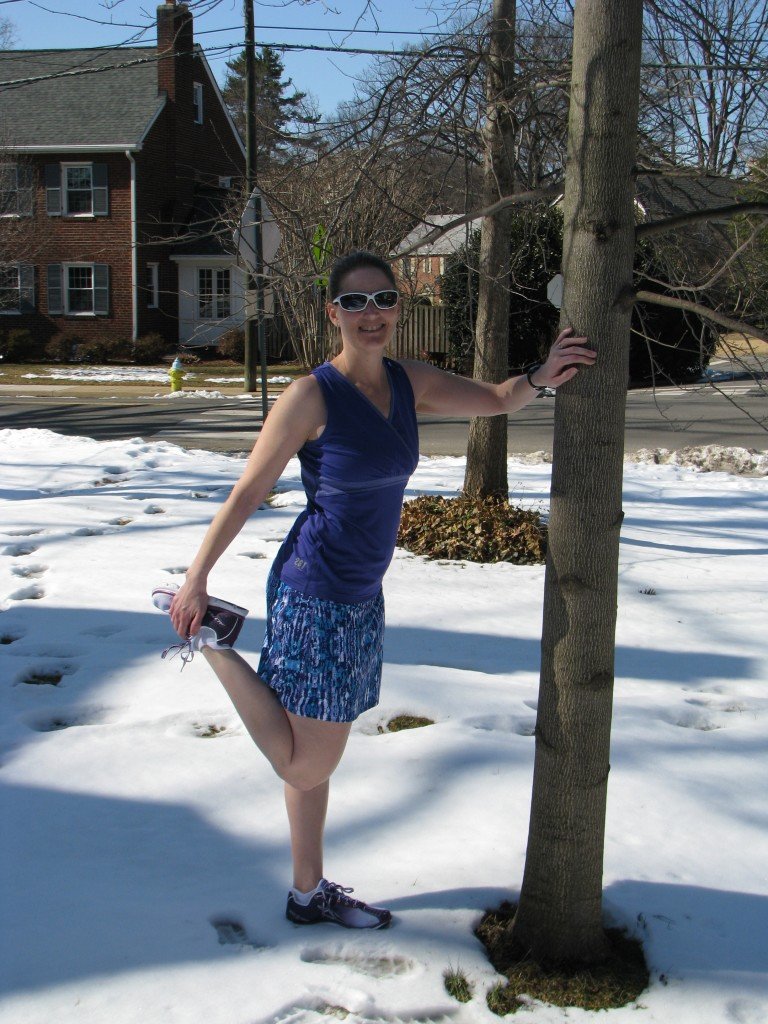 I’ll be wearing my Kathrine Tank
(and there will be no snow!)

Sign up at Skirt Sports. All registrations include: a gift certificate (ranging from $25-$275, depending on the level you choose, a Finisher Tank (tank will not be printed with Finisher logo due to late registration), goodie bag with 261 race bib, some sweet samples from sponsors like Justin’s and Powerbar, and a contribution to the Skirt Sports Kick Start program. And of course, you can use my code: SSMCM20 for both the entry to the Virtual Race and for any clothing you might decide to purchase. Then go for a run – in increments of 2.61! Share your pictures with the hashtag #261fearless.

261 Fearless is… taking that first step out the door towards a healthier you.

261 Fearless is… giving your child the chance to take a step towards independence, even if YOU aren’t ready.

261 Fearless is… taking on that new project at work, asking your boss for a raise, leaving a job to start something new.

261 Fearless is… waking up each morning and striving to make each day your best day.

[Tweet “#261Fearless is fearless in the face of adversity. How will you be Fearless today? “]

How will you be 261 Fearless today?