You are here: Home / Uncategorized / Blog Spotlight: Just Trying is for Little Girls 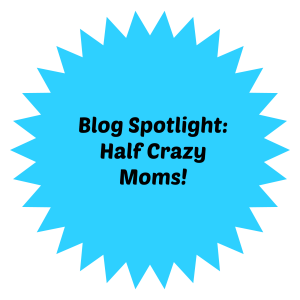 As you can see, I’ve decided to start a new feature on my blog.  The feature is “Half Crazy Moms” and I’m going to focus on moms who have run multiple half marathons.  If you’d like to be featured, shoot me an email at mcmmamaruns at gmail.com.  I will likely do one or two a month depending on how many are interested in being featured.

My first featured blogger is Kim from Just Trying is for Little Girls.  Kim is a mom currently working on running a half marathon in all 50 states.  She has also become a close personal friend and I’ve run with her in Washington, North Carolina, and 3 states of the Riverboat Series (if by run with her, you mean eat her dust as she runs much faster than I do.)  I’ll be running with her again in August in Wisconsin. 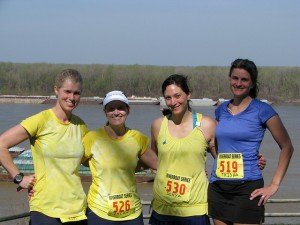 I fueled at miles 3, 6 and 9, which sound like a lot of carbs these days.  I remember barely being able to make my legs turn over for the last two miles.  I finished in just under 2 hours, which was a huge success in my book.  I couldn’t find my husband after he finished the full, since he didn’t carry a phone and we didn’t agree on a meeting place.  And, of course, I needed to use my hands to help myself off the couch (and toilet) for two days after the race (I was sooooo sore). 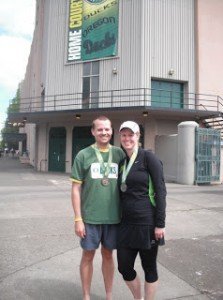 How many half marathons have you run total?
55 races in 34 states.

Which one was your favorite?
I loved RNR New Orleans, as the course truly takes you on a tour of the city, by historic homes and through the French Quarter.  It was amazing (and flat).  Also, I had never been to NOLA before, and the town is one you must visit!

My favorite trip was running 3 halfs in 3 days with Mainly Marathons’ Riverboat Series.  We flew into Memphis, then ran in Kentucky, Tennessee and Arkansas.  The sites we saw between races!  The Civil Rights Museum, Graceland and even a small Jim Henson (Muppet ) Museum in Leland, MS.  The courses weren’t interesting, but the experience was awesome.

How or when did you decide to run more half marathons?
I had turned 40 the December before the race, and was determined to train for a half marathon (as I started working part time instead of full time).  I started following bloggers, since the only runner I knew was my husband, and he was too fast to train with, and at times too irritating to take advice from.  He started calling these bloggers my “imaginary friends”, since I read them every day, even though I didn’t have a blog of my own (yet).

Tell us a bit about your goals
My goal is to run a half marathon in every state.  I would like state #50 to be Alaska.  My plan is to finish it up  on the Great Alaskan Running Cruise in July 2016 or 2017.

Share your 3 favorite blog posts…
Can Running and Building Muscle Work Together?

My current PR, the second time running Eugene, where I cried at the finish.

That one time, when I won my age group in a local 5k (the prize was a jar of homemade cookies!) 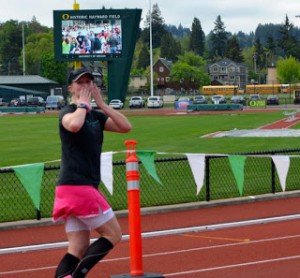 Kim’s Bio
I am Kim, a runner, living near Portland, Oregon.  I have two kids, my  17 yo daughter, A, and a 12 yo stepson, T.  I work part time for my husband, S. I spend my free time running with friends and eating out in and around Portland.  Oh, and watching the kids never ending sports events. I am attempting to run a half marathon in every state.  34 states completed, and I still haven’t completely convinced S that this is a great idea.