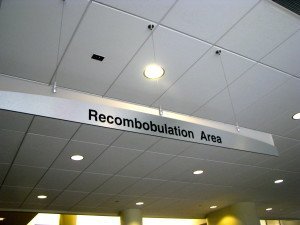 Last night, I wrote the outlines of a Three Things Thursday post because I was absolutely convinced today was Thursday.  This morning, I panicked when I woke up because I was sure it was Friday and that I'd overslept.  Never mind that it's Wednesday and I actually woke up before my alarm. I could really use one of these in my life: … END_OF_DOCUMENT_TOKEN_TO_BE_REPLACED

I've been reading a lot of race reports lately, mostly related to the RNR DC Marathon and half marathon.  I realize the weather played a role for many, but the one thing that struck me as I was reading was how often people referenced their mental state.  There were negatives such as "I just gave up", "my Garmin played with my head", "I stopped caring"  (that's the one that most often happens for me.)  There were positives such as "I was hurting, but I knew I could do it", "I just dug deeper",  and "I wasn't going to entertain negative thoughts". It amazes me how much of a role the brain plays in running.  Lately, my legs don't seem to show up at races.  I'm still trying to determine if it's a physical cause (not enough taper or hydration … END_OF_DOCUMENT_TOKEN_TO_BE_REPLACED

is probably when you need it most. I was in a crappy mood this morning.  Some of that was hormonal, some was the rainy weather, some was just random little annoyances.  I took the boys to school where Shoo once again did not want to stay.  Then I had to deliver the neighborhood newsletters (which normally is not an issue, but usually they come on the weekend.)  In the process, I got yelled at because I had to slam on my brakes to not hit someone.  Nevermind that HE was driving on the wrong side of the road.  (Why is it that people in the wrong feel the need to take the offensive?  It would have just been a mild annoyance if he hadn't yelled at me.  Instead, he pissed me off.) Anyways, I was in a "I'm going to go sit on the couch and … END_OF_DOCUMENT_TOKEN_TO_BE_REPLACED