You are here: Home / 50 states / Center of the Nation Series Half Marathon – Montana Temp: 57+ at the start, not much warmer, super windy, and cloudy at the end 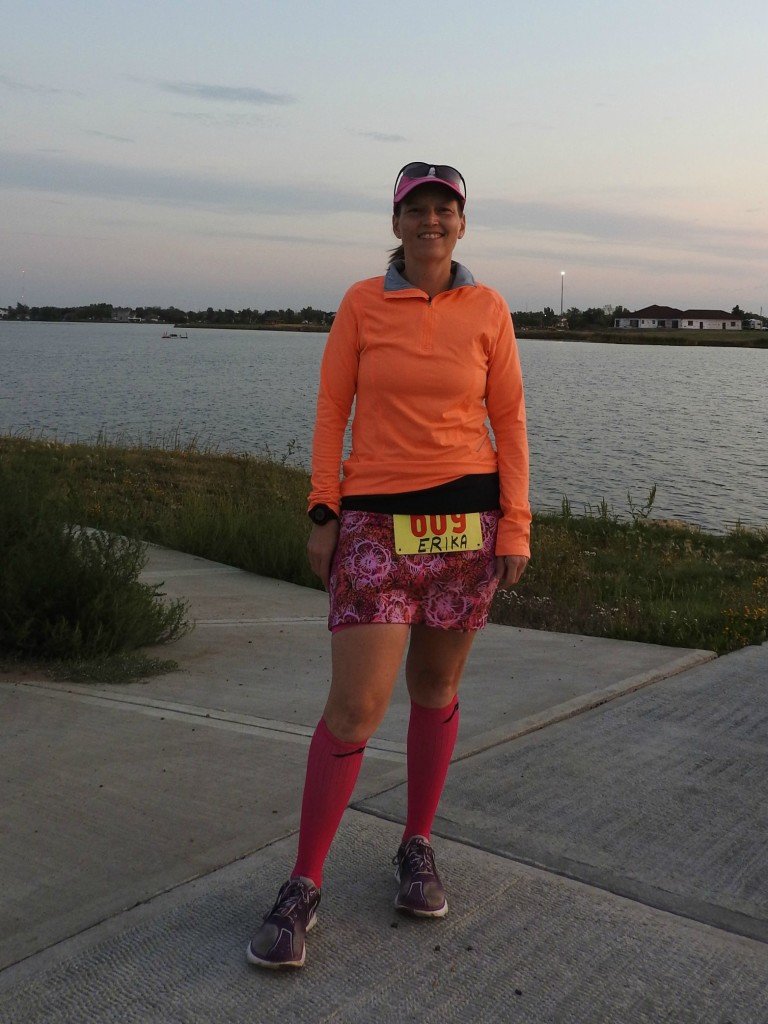 I was really excited to get to this race. I’ve sung my praises for Mainly Marathons for a long time and was so happy to see everyone again. It’s really like one big family out on the course. We were in the small town of Baker, Montana on their lake front. The course was an out and back on a mix of concrete, pavement, and gravel, with half marathoners doing 7 loops. I started the race with long sleeves, but ditched it after the first lap as I was plenty warm, despite the wind that continued to pick up throughout. Overall, I took it easy and stayed at a steady pace. The last loop was a little rough as the concrete had started to wear on my body, but I was only aiming to be sub 2:30 and met that goal with a couple of minutes to spare. 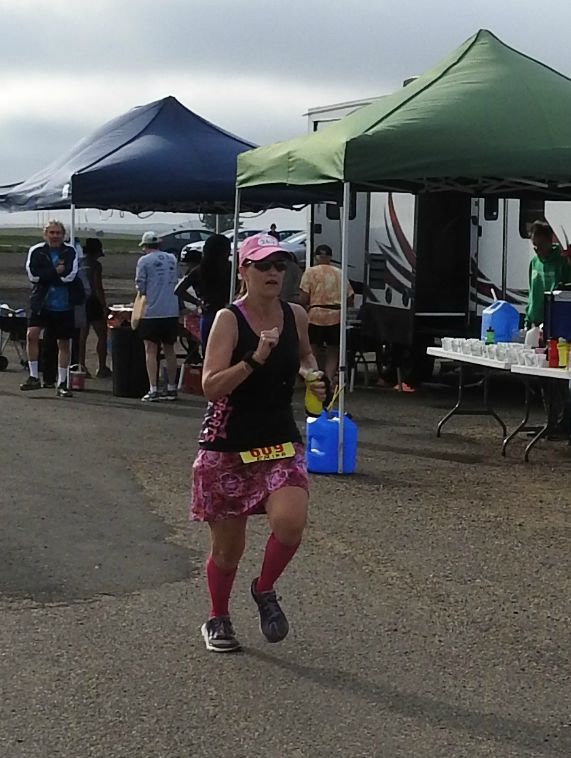 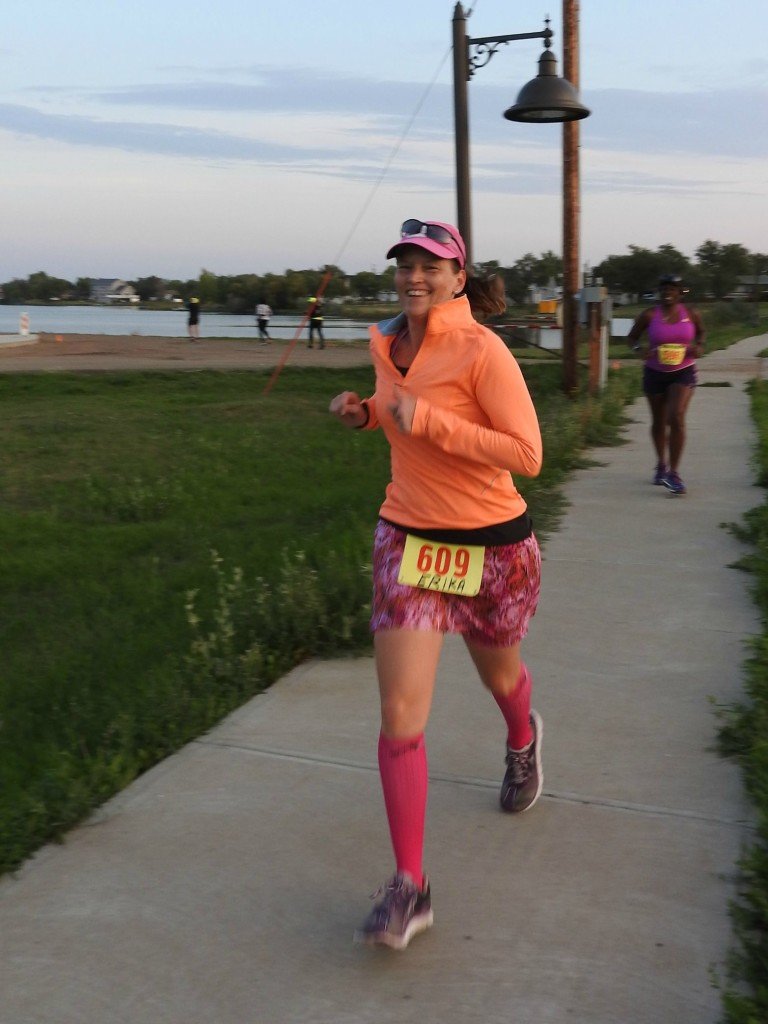 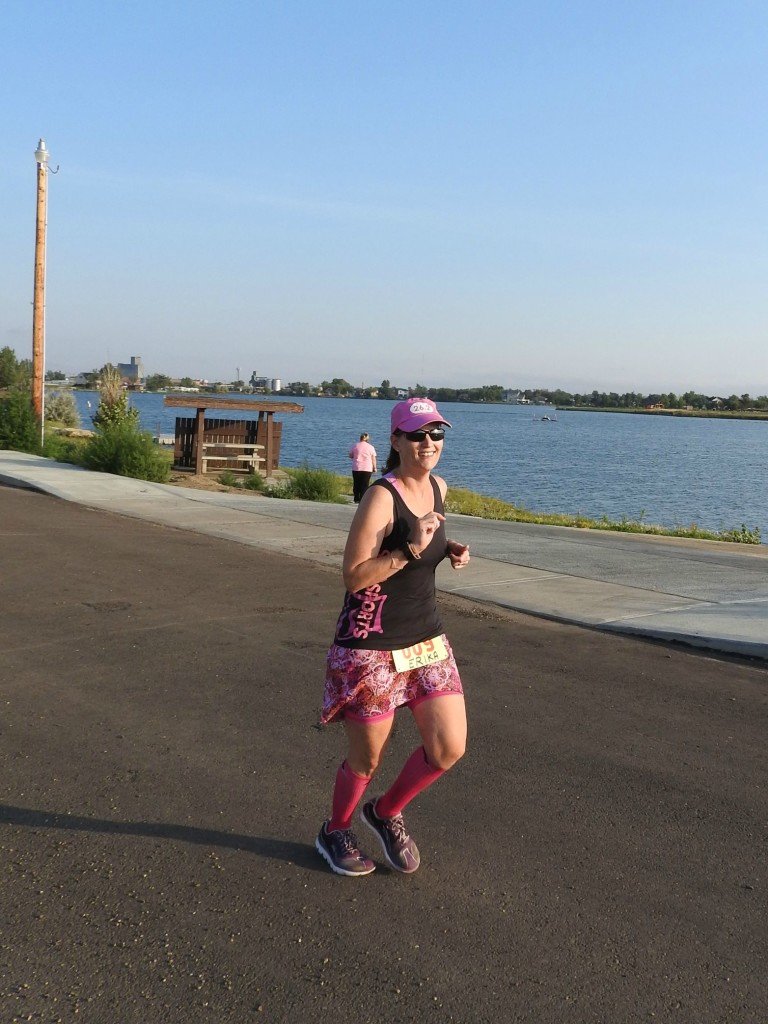 Overall, it was a fun race and I felt like I ran pretty strong until the last lap. We made a quick stop back at the hotel where I took an epsom salt bath and then we headed to the North Dakota Badlands. I spent the next few hours site seeing – alternating riding in the car with short hikes to viewing points. Fun, but I was ready for bed by 8:30 that night LOL. 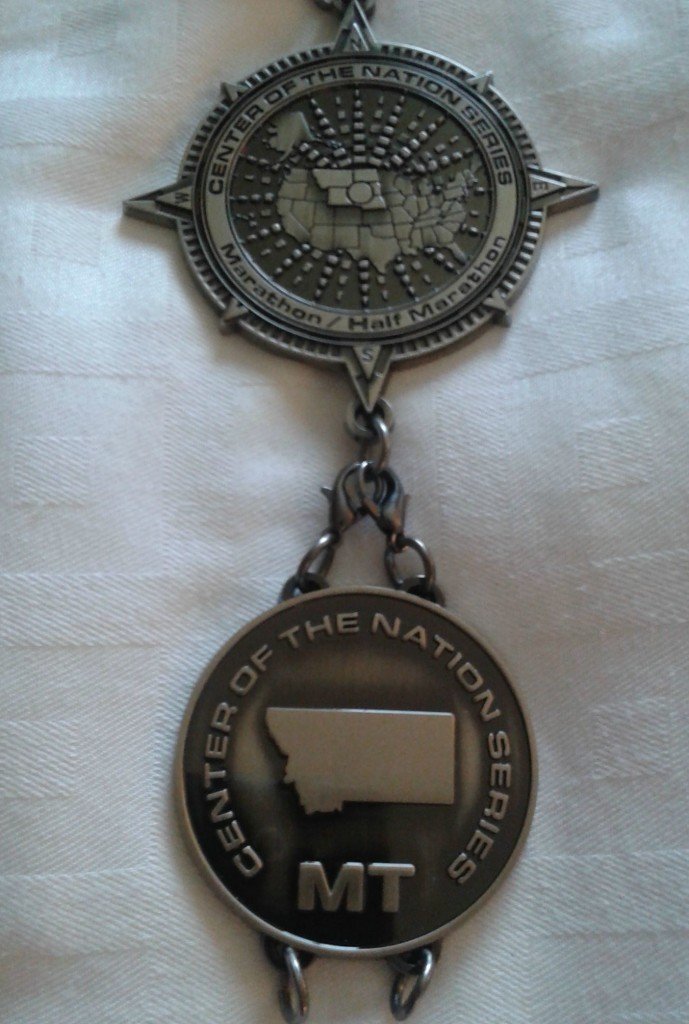 One down, five to go.