You are here: Home / beer / Coffee and beer: two great tastes that taste great together

Today I’m participating in a Coffee Blog Hop.  I love good coffee almost as much as I love good beer, so it makes perfect sense to talk about the combination.  While I’ve heard rumors of a coffee that tastes like beer (eww!), I’m talking about beer brewed with coffee.

In the interest of research, Beer Geek and I went out on Friday night and tried as many coffee beers as we could find. 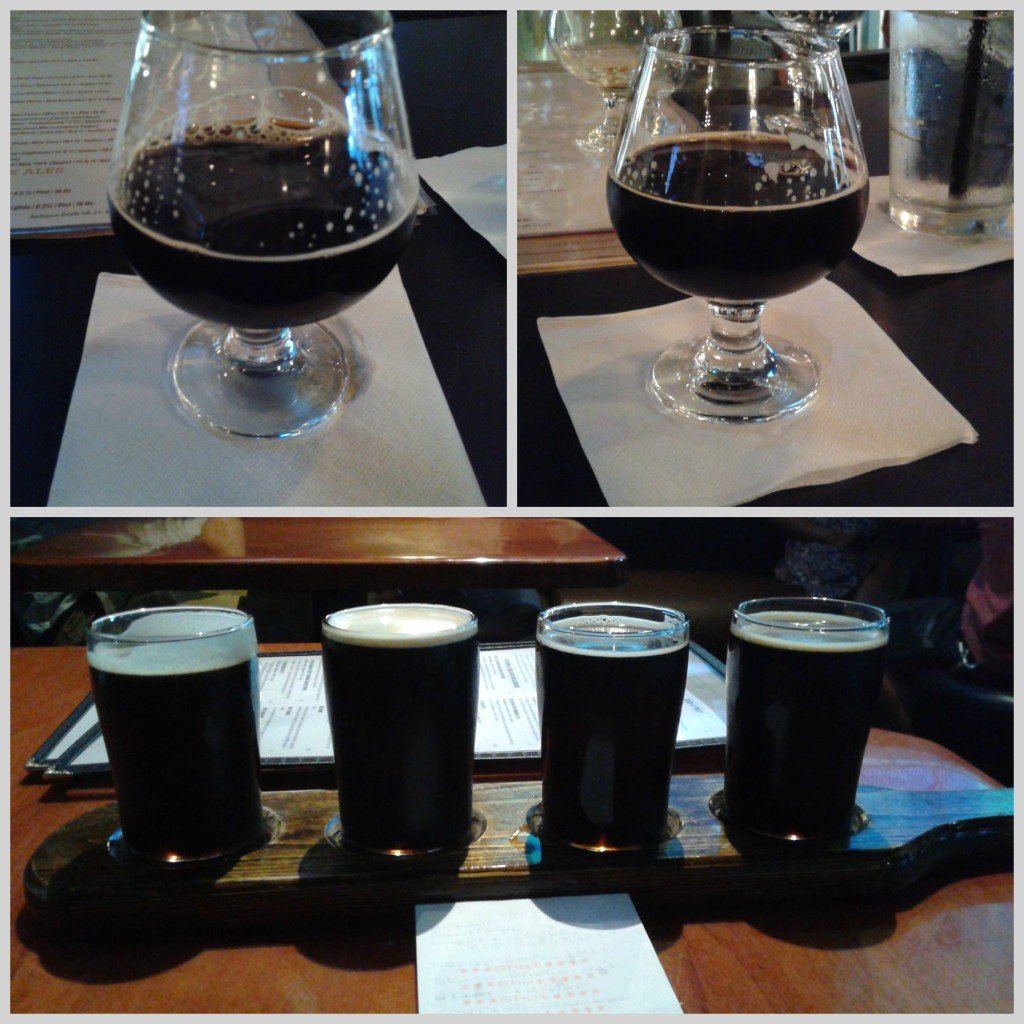 Sadly, there aren’t many available on tap yet as we are just heading into “dark beer season”, so I had to try a few chocolate beers as well.  I know. The things I do for you.

Before I get to the coffee beers, here are two non-coffee beers to look for this winter:

Southern Tier Warlock – It’s an imperial stout that’s dark and malty and PUMPKIN!  It was awesome!

Boulder Shake Chocolate Porter – This was really really good. It tastes like caramel, chocolate, and coffee all rolled together (but does not actually have coffee in it.)

So here are some coffee beers worth trying (in no particular order): 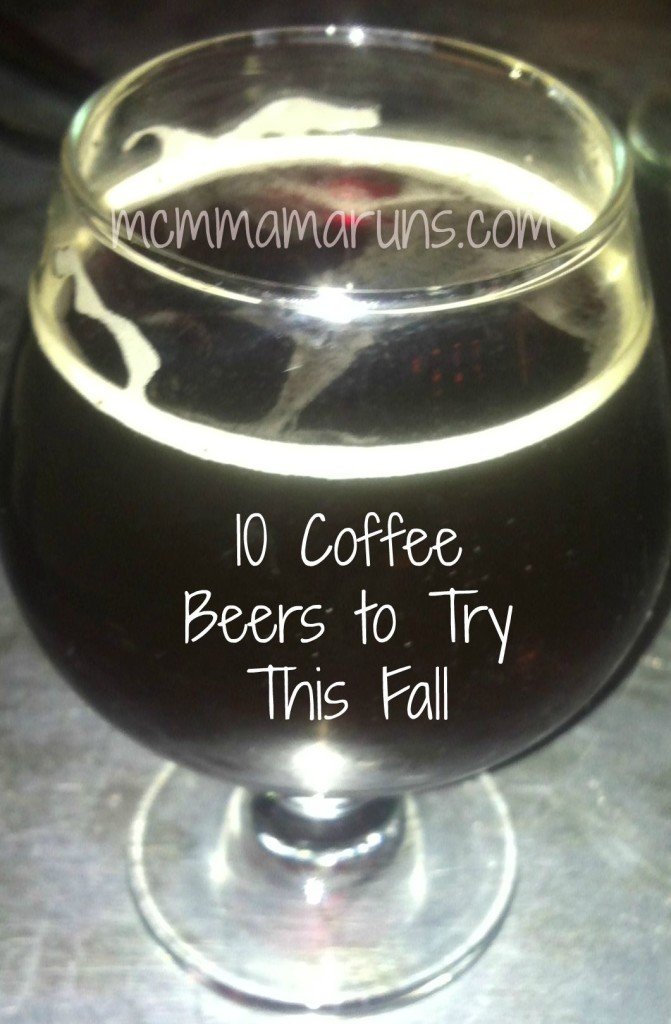 1. Founders Breakfast Stout – This beer is a regular in my refrigerator in the winter. It’s coffee and chocolate and yum all rolled into one.

3. Troegs JavaHead Stout – I had this one on Friday and it was quite good. The coffee taste definitely came through and mixed well with the oatmeal stout base.

4. AleSmith Brewing Company: Speedway Stout – This is another one I had on Friday. It was a good beer, but the coffee flavor was not very strong. Since I drank it right after the Troegs, it seemed weak, but that may have just been in comparison.

5. Schlafly Coffee Stout – This is another oatmeal stout and premium French roast combination.

6. 3 Floyds Dark Lord – This beer is incredibly hard to find as it only comes out once a year. However, they had it at the Great Taste of the Midwest this year and it was awesome. It’s a Russian Imperial Stout is 15% alcohol, so it packs quite a punch!

7. Mikkeller: Beer Geek Breakfast – This is another oatmeal stout. I bought it the first time for the name, but it’s so tasty I’ve continued to buy it.

9. Cigar City Brewing: Cubano-Style Espresso Brown Ale – This beer is a brown ale with a lower alcohol content but with quite the espresso flavor.

10. Funky Buddha Maple Bacon Coffee Porter – I have not had this beer, but I’m on a mission to find it. Coffee AND maple AND bacon? Yes, please!

Need more coffee? Head on over to Mat. Miles. Medals for her take on Coffee and the Athlete.

The rest of our weekend was pretty busy. I ran 6 not so awesome miles on Saturday morning. I was supposed to do 8, but ran out of time and energy. When I got home, we headed out on the river with some friends. 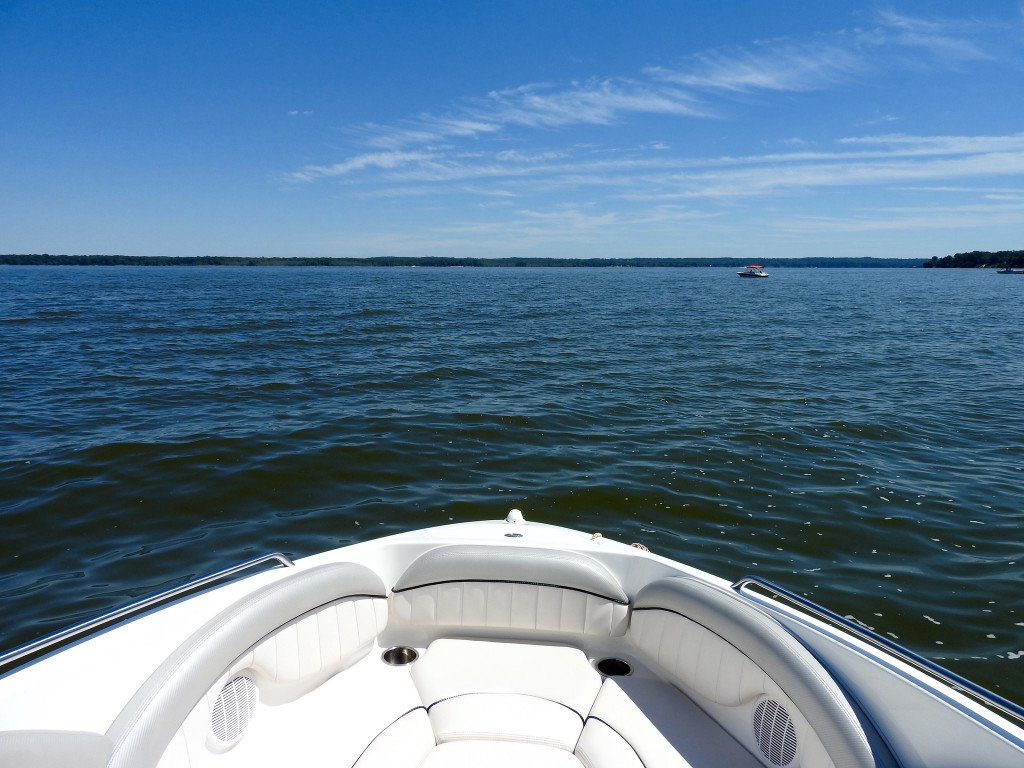 We go out with them at least once every summer and it’s a blast.  The boys got the chance to ride on the raft behind the boat. 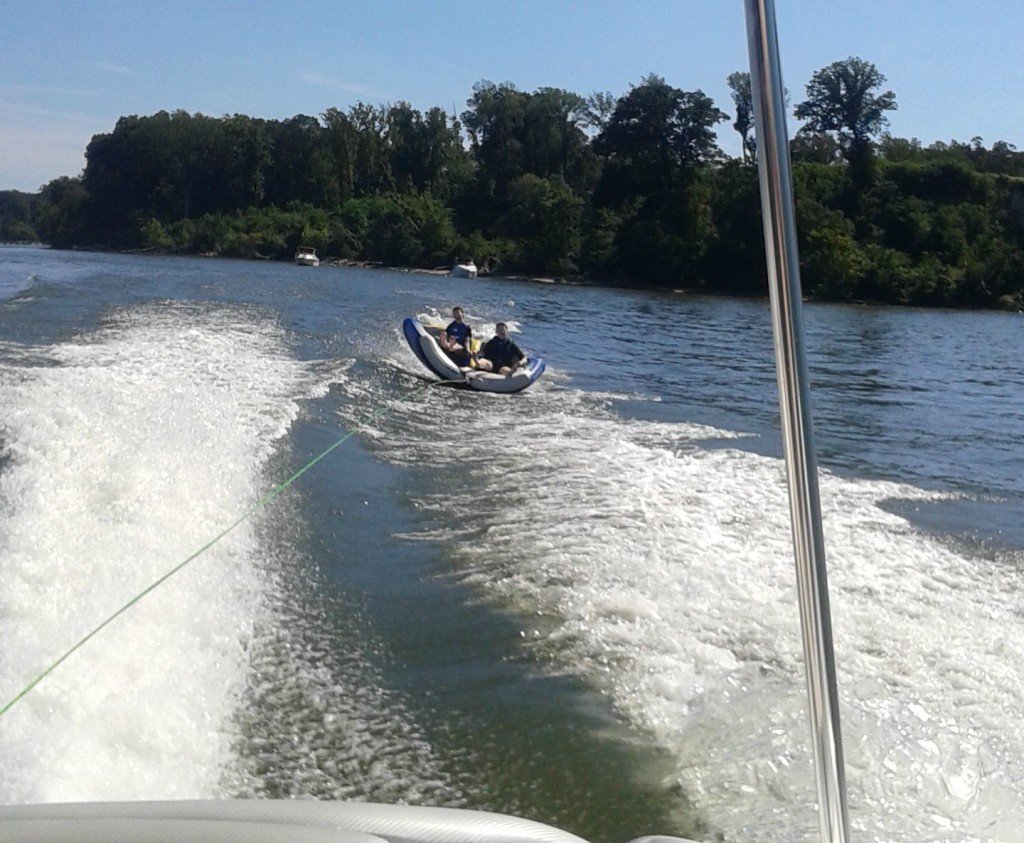 Beer Geek got the chance to water ski for the first time in 20 years (Shoo tried, but the skis were too long for him.) 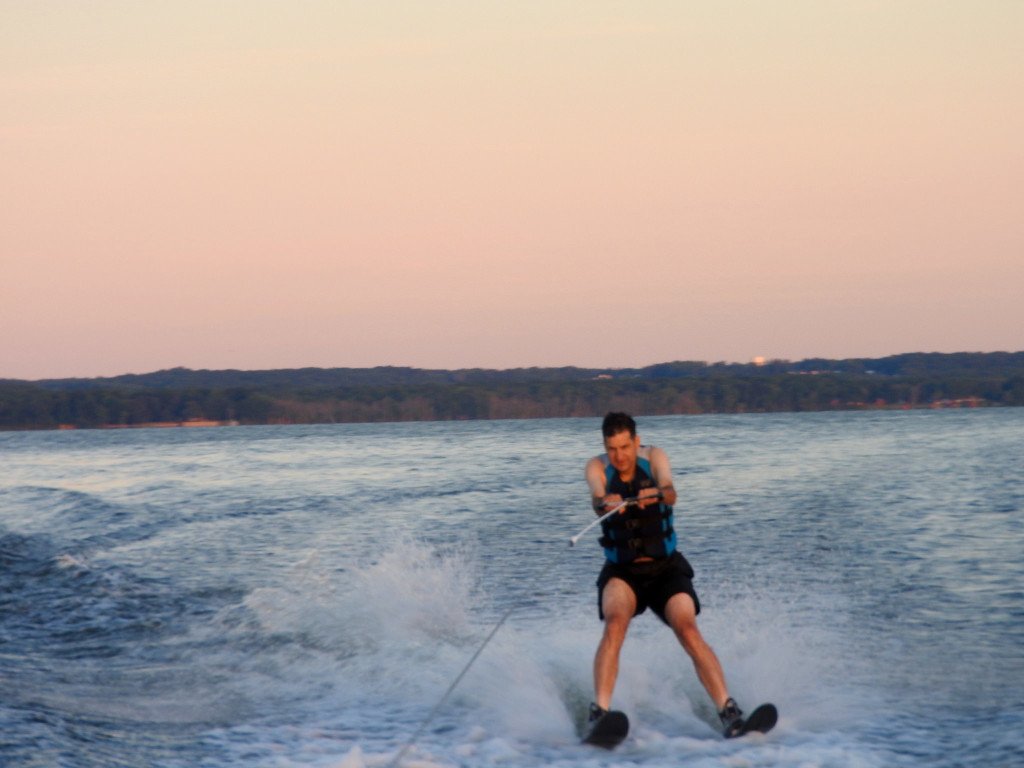 Me? I did go in the water, but most of the day was about enjoying the ride (and the beer.) 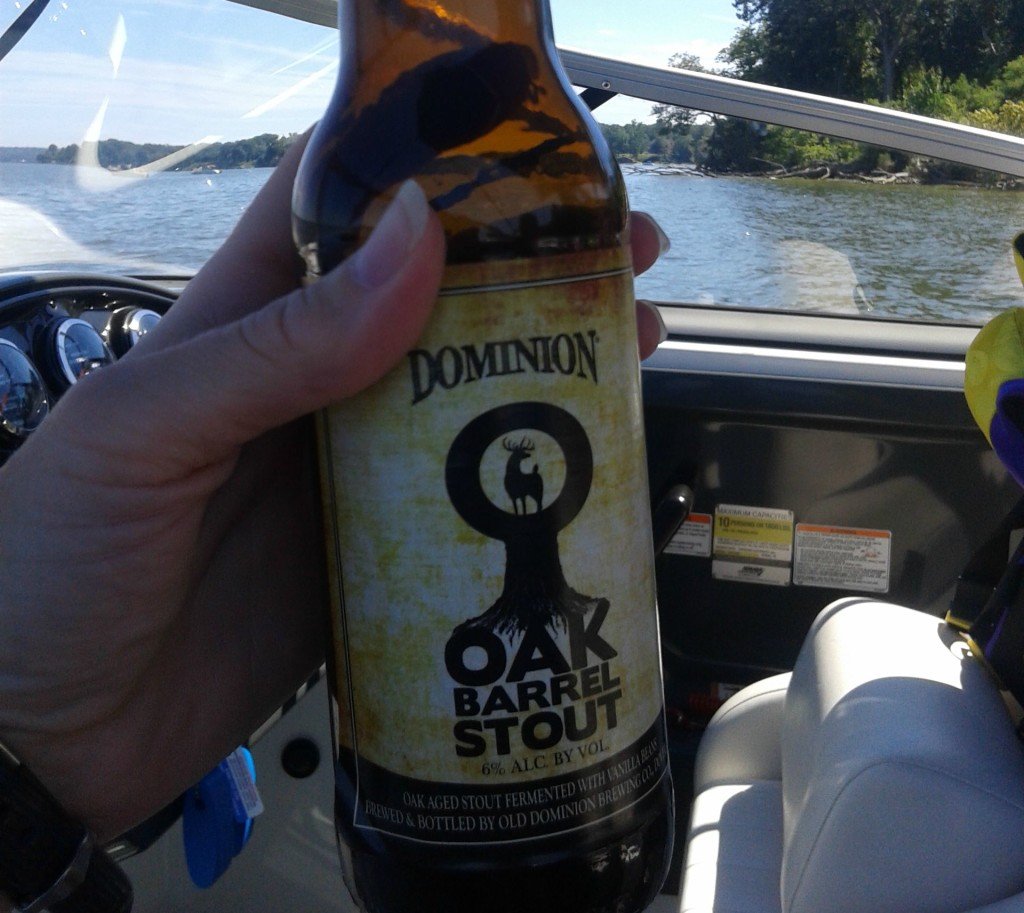 Sunday I finally ran 8 miles. I felt good the entire run. I think the secret was the amount of water I drank after we got home from the boat. I’m thinking that all the beer tasting on Friday may have left me a bit dehydrated.  After the run, we went to brunch with Beer Geek’s dad and step mom. The rest of my day involved laundry, cleaning the house, and doing algebra with Jones. So exciting.

Hopefully today’s 15 miler will go well. It’s one of my longest runs for this training cycle, so I really need to nail it. Fingers crossed.

How was your weekend??

Linking up with Erin at Weekend Snapshots and HoHo and Tricia for  Weekly Wrap.