You are here: Home / beer / DuClaw All Along the Hop Tower Chicken Kabobs

Thank you DuClaw Brewing for sponsoring this post and sending me the DuClaw All Along the Hop Tower . All opinions and the marinade recipe are my own.

Welcome to the July edition of “Cooking with Beer”! Each month DuClaw Brewing sends me a beer and a friend and I create a recipe. It’s a fun time to think outside the box and try a new beer and new food.  This month’s beer is “All Along the Hop Tower”, a double IPA with a nice hop combination that is balanced by the higher alcohol. 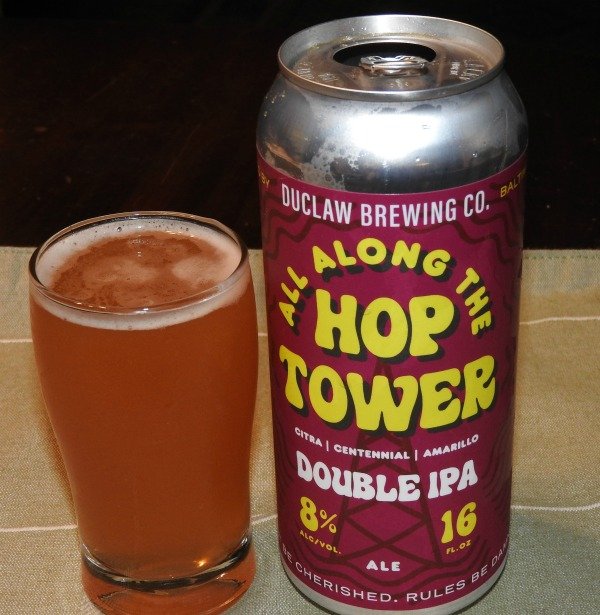 This month was a little unusual. In addition to the beer, DuClaw sent me a marinade to try. I definitely wanted to check that out, but I also wanted to create a recipe, so my partner in crime suggested we use the marinade AND make one of our own. I mean, not everyone is going to be able to get their hands on the marinade. I was leaning towards beef, but we ended up deciding that chicken thighs would be the best combo. Since we were also grilling corn, kabobs sounded like a perfect combo. Nevermind that the rain was coming down so hard that flash flooding was happening all over the area. 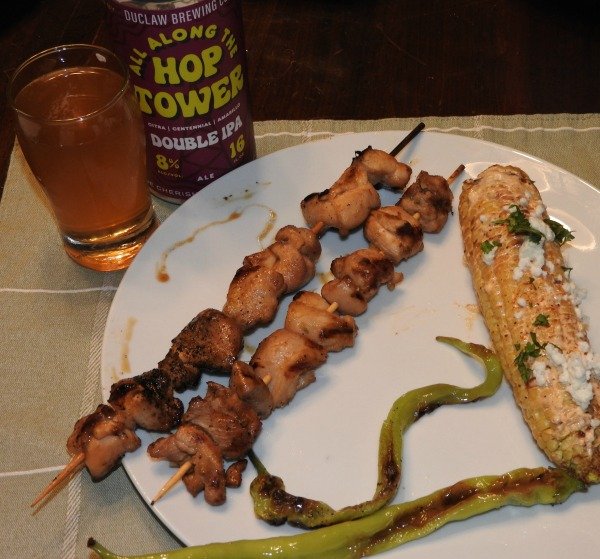 I’m always nervous when cooking with IPAs as too much heat can intensify the bitterness, but both marinades ended up being quite tasty.  It was so simple too – marinate the chicken chunks for an hour, throw on kabob sticks, and grill. Boom! Dinner is served. For the Just Add Beer marinade, we followed the proportions on the top of the jar. 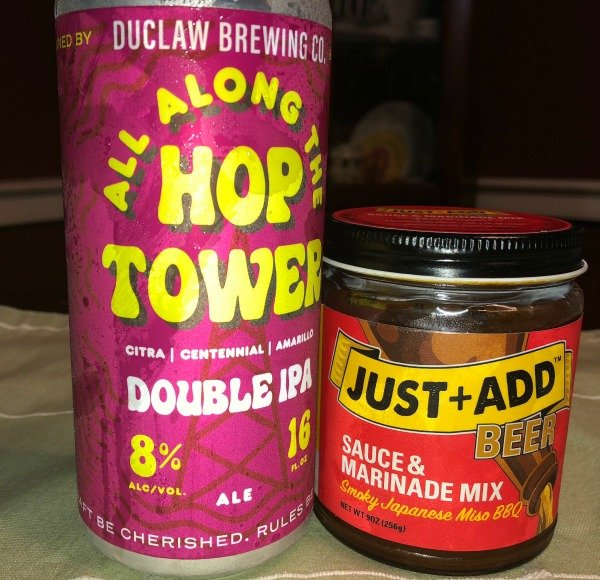 DuClaw All Along the Hop Tower Chicken Kabobs 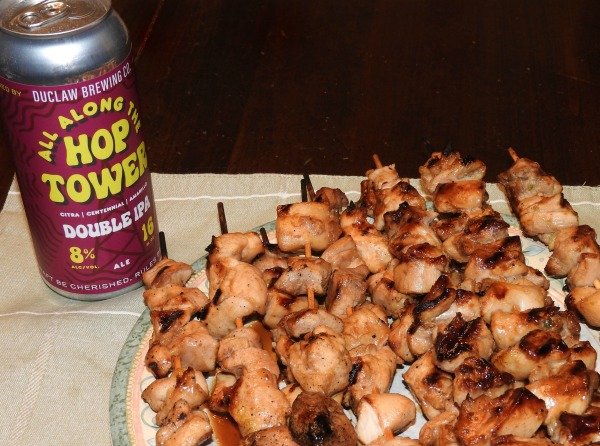 Print
DuClaw All Along the Hop Tower Chicken Kabobs