Thank you DuClaw Brewing for sponsoring this post and sending me the DuClaw “62” Imperial Pumpkin Ale. All opinions and the ravioli recipe are my own.

Welcome to the September edition of “Cooking with Beer”! Each month DuClaw Brewing sends me a beer and a friend and I create a recipe. It’s a fun time to think outside the box and try a new beer and new food.  This month’s beer is “62”, an Imperial Pumpkin Ale.  Last year I made a wonderful bread pudding with this beer, so I wanted to try a main dish this time. 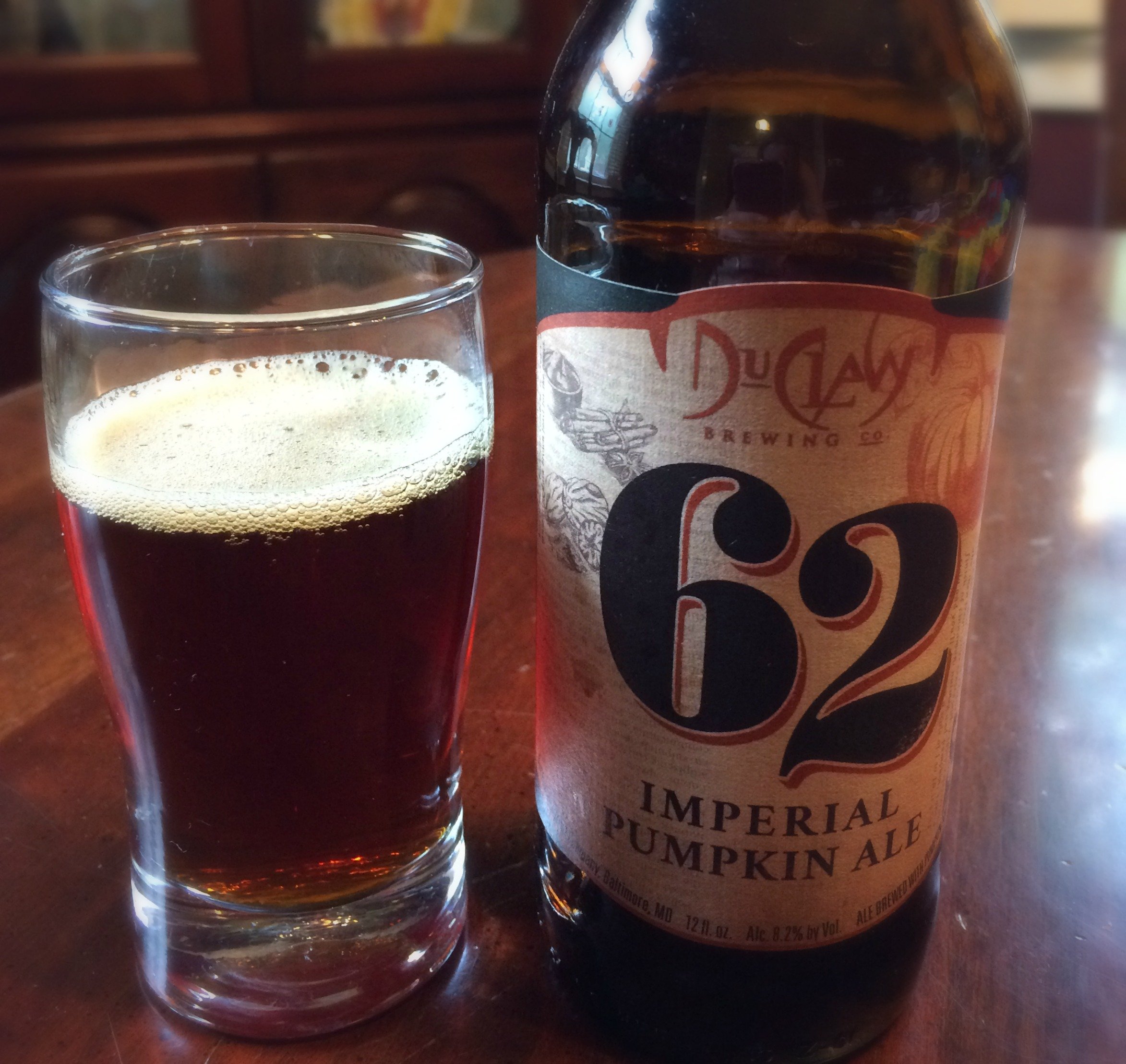 I’m not a huge fan of most pumpkin beers, but I don’t mind pumpkin if the beer has some complexities and other flavors. DuClaw’s “62” Imperial Pumpkin Ale definitely fits this definition. Because it’s an imperial ale, the alcohol content is higher (8.2% ABV), and this lends a sweetness to the pumpkin and spices. However, with that much alcohol, this is definitely not a session beer. It is, however, a wonderful beer to cook with!

When I decided to make a pumpkin ravioli, I had visions of making my own pasta as well. Yeah, well that didn’t happen. September is always crazy, sometimes it seems more so even than December. So, I had to rely on what I could buy at the store easily: wonton wrappers. They worked and the end result was tasty, but if you make your own pasta (and better yet, have one of those cool ravioli makers), it will be even better. 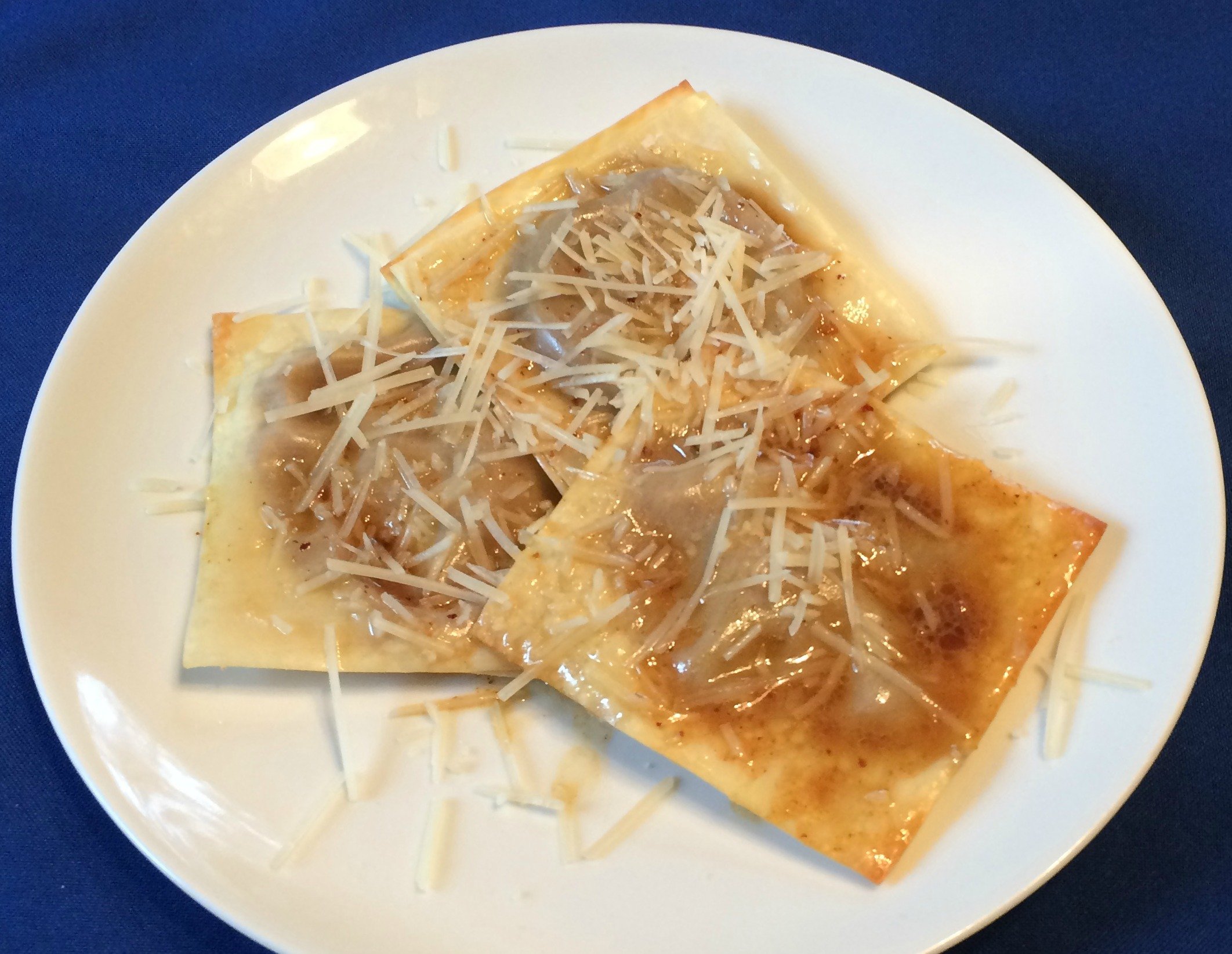 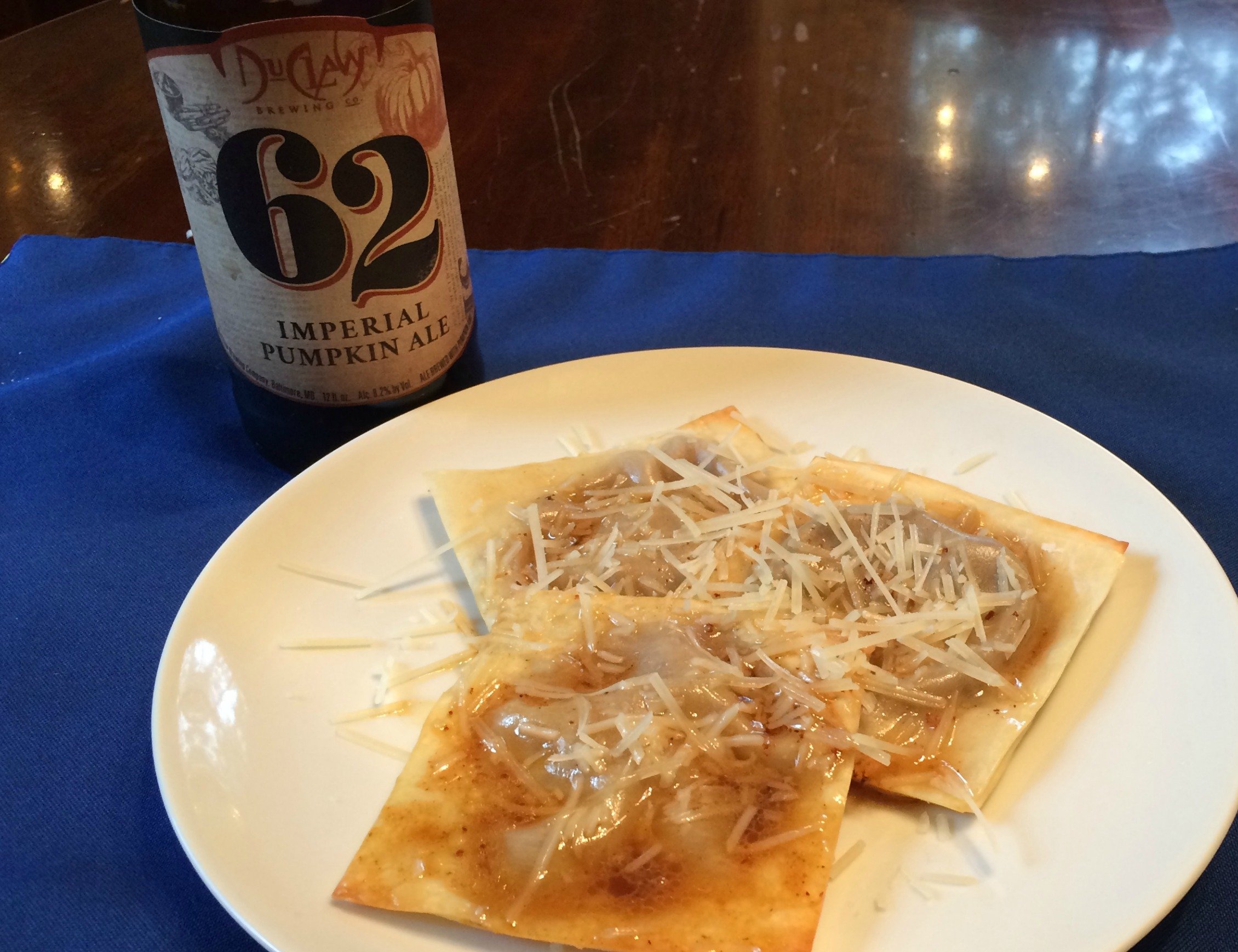 1. I added 3-4 tsp of sugar as the pumpkin I had was a bit bitter + the beer had a bit of bitterness after reduction. 2. Add beer to pumpkin in small amounts as you don't want the mix to get too runny. If you add too much, add a bit of flour to firm up. 3. Wontons can also be boiled, but I liked the way the baked ones looked better. Both were tasty.