You are here: Home / half marathons / Half Marathon #7 for 2013: Frederick Running Festival

If I had to pick one word to describe my running this weekend, it would be “perfect”.  Seriously, this was one of the best running weekends I’ve ever had.

Both boys had overnights on Saturday, so Beer Geek and I headed alone up to stay at my boss’ house (Beer Geek’s fraternity brother and  Shoo’s Godfather, so obviously also a close friend.)  He lives right in the middle of the Frederick half marathon, so we invited ourselves up LOL.   A few days ago, another mutual friend trash talked my boss (E)  into running the 5k (his first race!), which led to me signing up as well.  The bright side of that?  Nut Job AKA the extra medal for finishing both races. 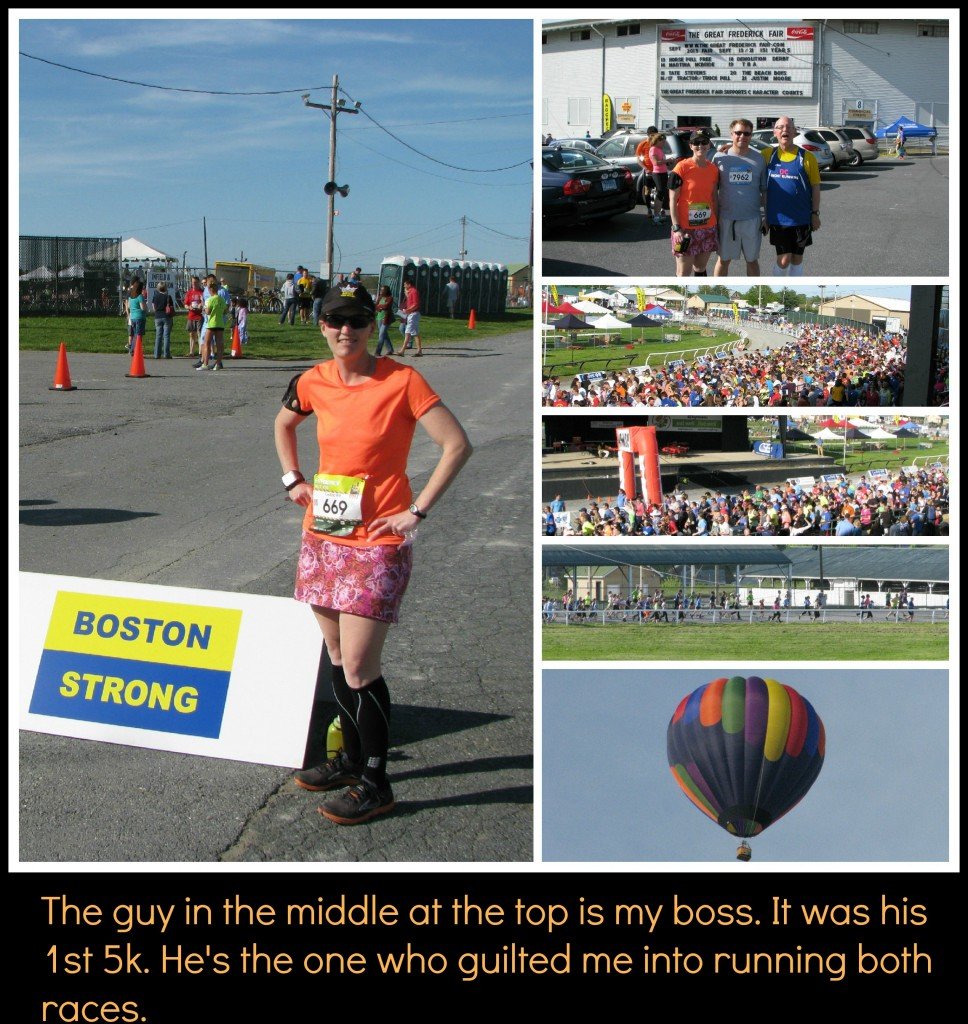 I had no intention of racing the 5k. None.  But at the start line, there was a little talk of bragging rights and well, I figured I’d push it a little bit.  Ahem.  Partway through the first mile, I realized I was running an 8:48 pace.  That’s way faster than any running I’ve done lately, but it felt ok.  So, I kept going.  Mile 2 was even faster.  Mile 3 would have been just as fast, but the first part was a long uphill. 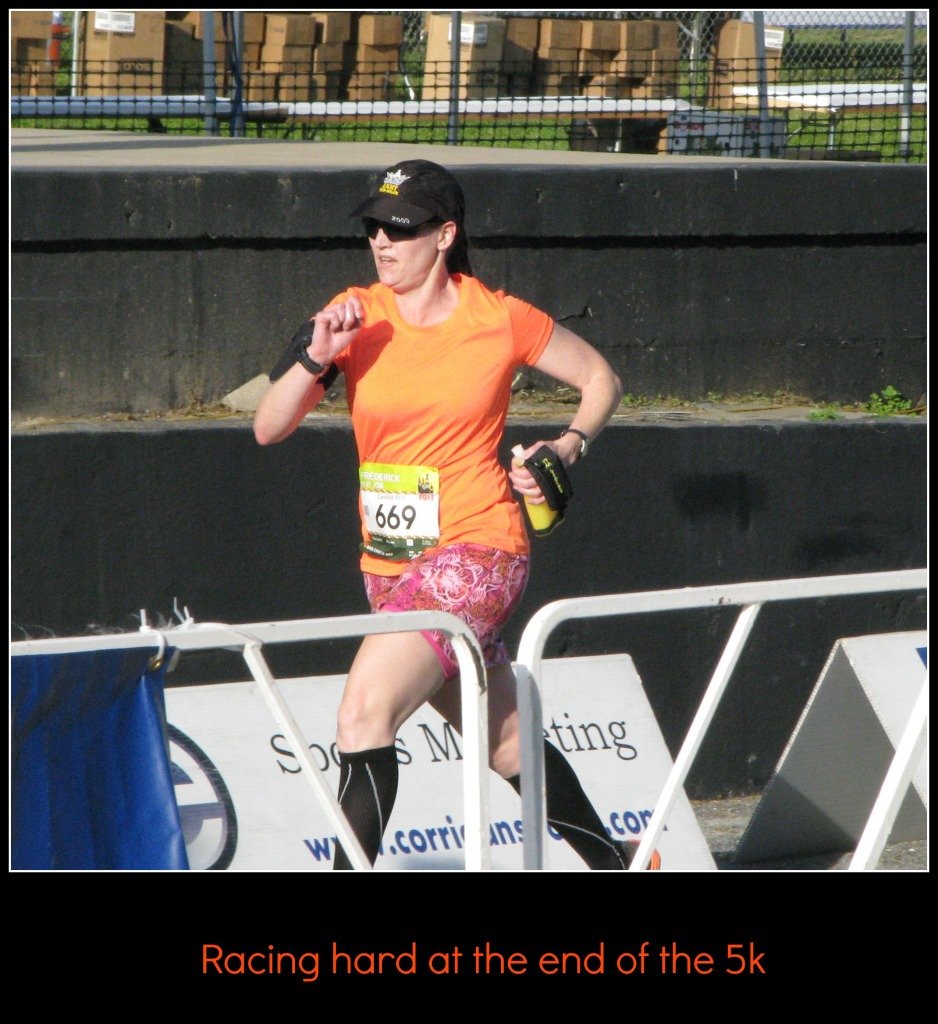 After a lovely dinner and a yummy beer, we headed to bed by 10pm.  Where I proceeded to not sleep at all because a neighbor was having a Cinco de Mayo party.  Ugg.  I woke up at 5am, super tired from only a few hours of sleep and more than a little bit sore from the race the night before.

I then proceeded to run a perfectly executed race.  I know, I was shocked too. 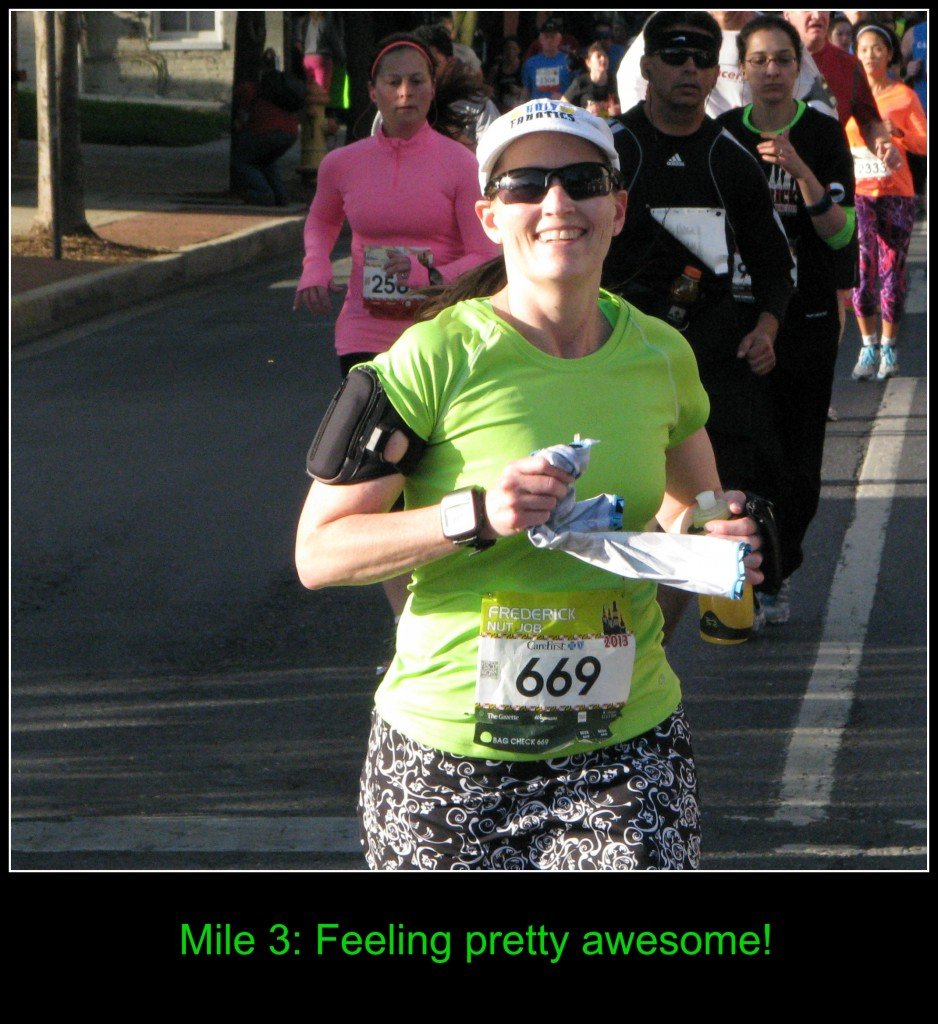 At mile 10, my stomach decided to go from the unsettled state it had been in all morning (I’d only been able to drink nuun) to OMG, I’m going to lose breakfast.  There was a water stop right then and I grabbed a half of a banana.  I needed to walk to eat and there was a big hill, so I walked while I managed to get about four bites in.  Apparently that’s all I needed as I immediately felt better and managed to bring the pace on that mile down to 10:45.

After that, I was just rockin’ it into the finish.  I felt AWESOME. 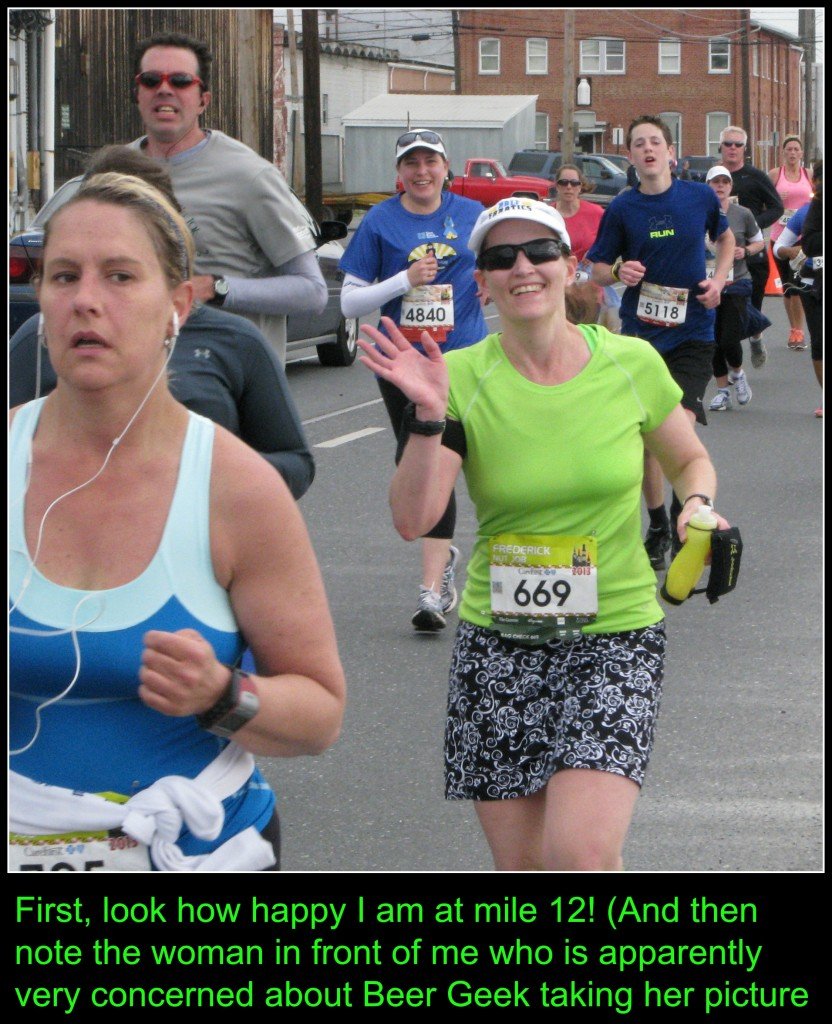 I saw the guys at mile 12 and tossed E my water bottle and kept on going. 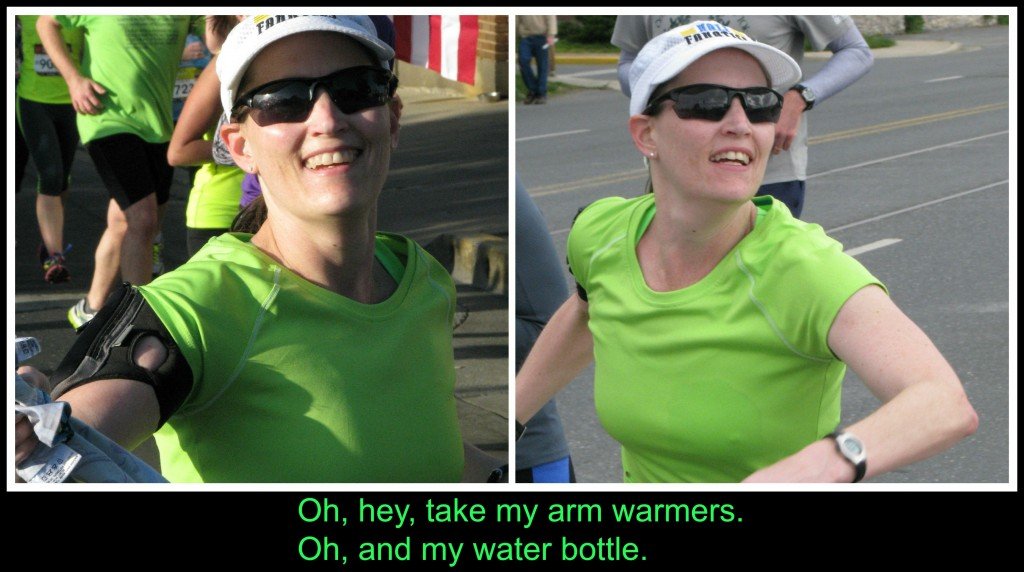 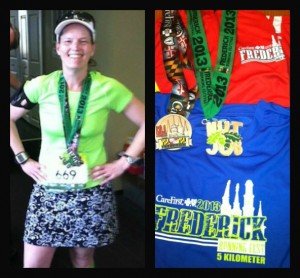 This was a really good course.  Not flat, but only two real hills.  Everything else was small rollers, which is just about perfect.  We ran through some beautiful parts of Frederick as well.  The race organization was great.  I had no wait to get my packet and I was able to pick up the KT Tape, glide, and a “just in case” gu that I’d forgotten at home.  While I’m unlikely to run the Nut Job again, as long as E lives there, I’ll be running the half.

And how did E do?  Great!  He ran with our mutual friend and had a great race.  He told me next year he’ll run the half with me!  (Seems sort of fitting as an off the cuff comment to him 6 years ago led to me running the Marine Corps Marathon and starting this blog!) 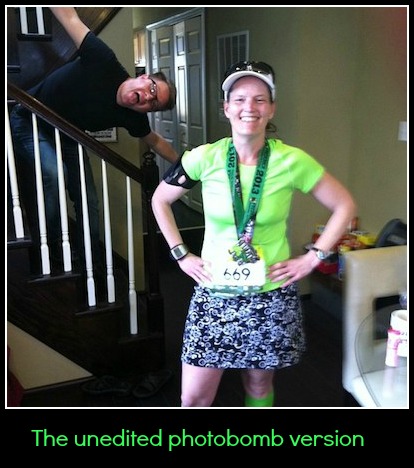