You are here: Home / half marathons / Half Marathon #72: Runners Marathon of Restion

This past week was all kinds of crazy, thanks to the weather predictions. I got the bright idea last week to drive down to Raleigh with Shoo to run RNR Raleigh since Beer Geek and Jones were going on a trip. Well, the crazy weather canceled their trip (they were going on a road that doesn’t get plowed – no one expected snow in April!) and I wasn’t sure what the weather here was going to do, so I canceled my trip too.

Instead of going out of town, I volunteered with Ragnar at the Cherry Blossom Festival. The high point of that was meeting Meb! 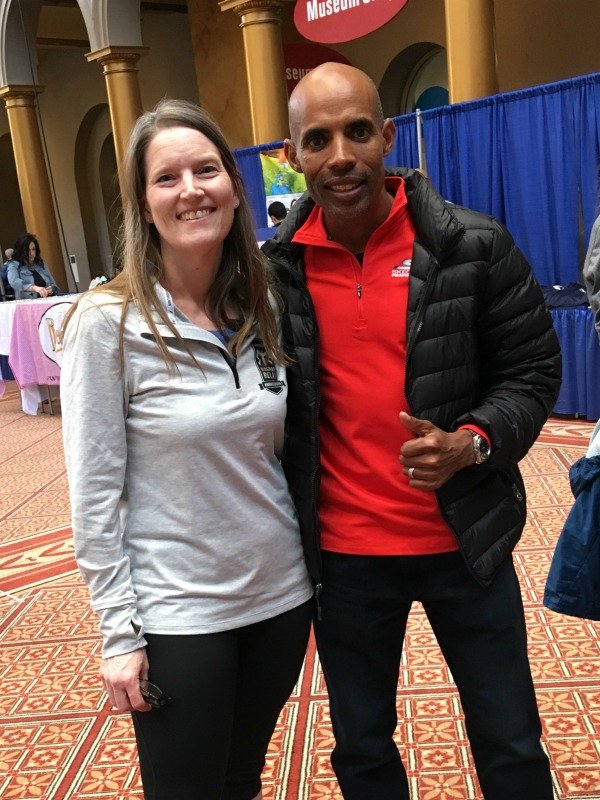 I also got the bright idea to run a local half marathon instead. I’m trying to get my mileage up for my Ultra Ragnar in Pennsylvania in June and I’ve just been unmotivated to run long. This was my third weekend in a row for a double digit race. 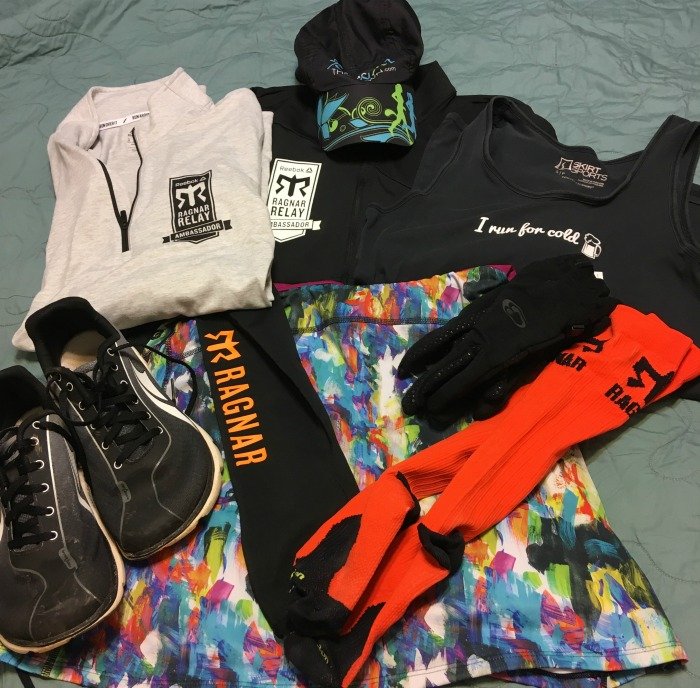 I really struggled to figure out what to wear for this race. I’m tired of being cold and was afraid that I’d overdress, but when I stepped outside this morning at about 5:45 am, the wind was blowing. So, I added tights to my planned outfit and committed to wearing a jacket over my half zip. In the end, I did not regret having either one on. 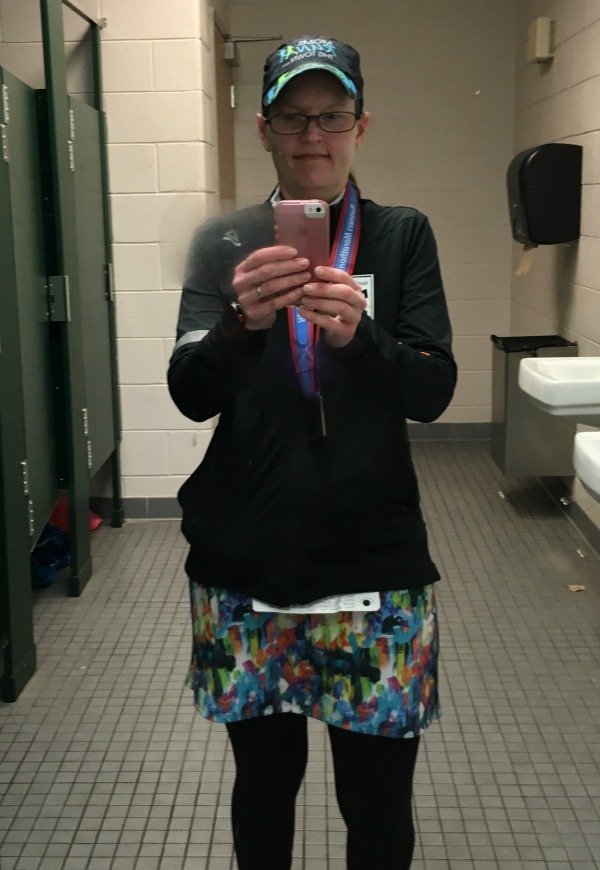 The race starts and ends at South Lakes High School in Reston. It was a little weird going there as the last time I was there was about 30 years ago in high school. But I pulled up to the school at 6:30am and was registered and was pinning on my bib within 10 minutes. I hit the (indoor!) bathrooms twice and chatted with a friend until they herded us out to the start line. Five minutes later, we were running.

I decided to try something new today: running by feel. OK, really, I just had my Garmin on the wrong arm, so it was harder to read (I carry my water bottle in my left hand and it was on that arm.) Whatever the case, I totally blew it. My average pace for the first 4 miles was just under 10 minute miles. Oops. (Yes, I’ve run 72 half marathons and I still sometimes go out to fast. I also don’t know how to dress myself.)

I slowed down some in mile 5, but not enough, so mile 6 was slow and miserable. I did manage to get my breathing back to normal, but my legs were tired and the hip that was bothering me from my fall the previous weekend was sore. For the rest of the race, my pace was all over the place. This race is really hilly, which was good for my training, but did not make for an easy race. Finally, I rounded the last corner and headed onto the track to finish. Ironically, I finished in 2:18:19, which was only a bit over my goal planned pace of 10:30. So, all the weird speeds balanced out LOL. 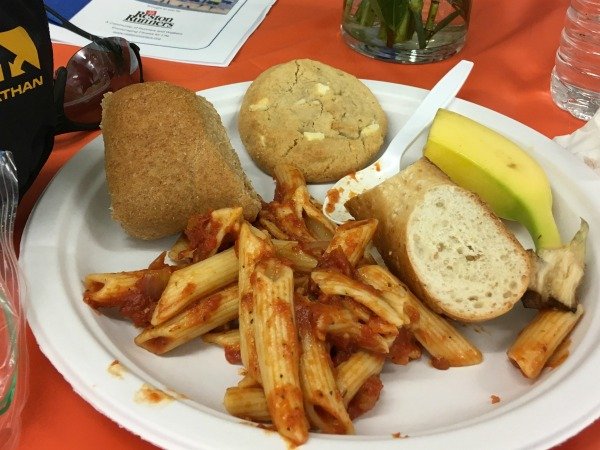 Absolutely. It’s only 25 minutes from my house and even on race day was only $100. The logistics were a breeze, the course is nice (albeit hilly), and the after race food is great. I also liked the swag, which is a long sleeve, light weight hoody. 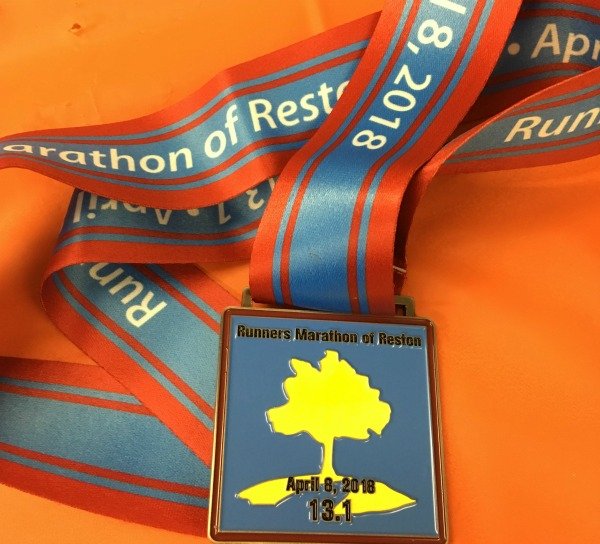 I’m linking up with Wendy from Taking the Long Road Home and Holly from Ho Ho Runs for the Weekly Wrap. 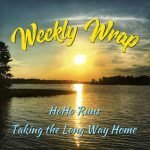