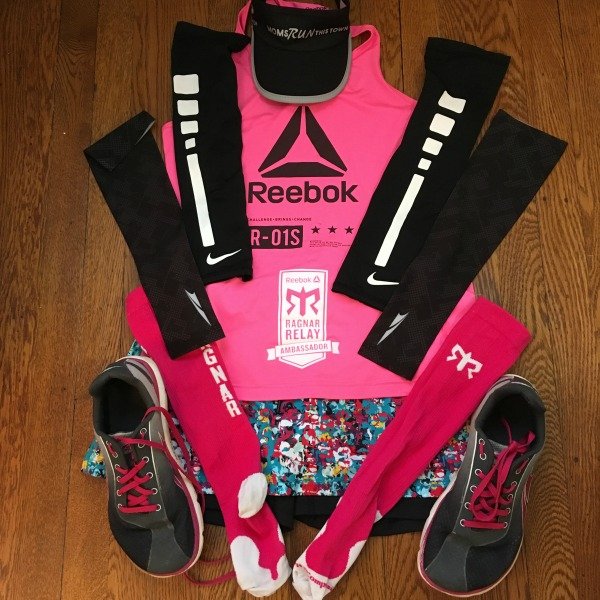 Once again Mother Nature decided to mess with us. Saturday was a warm and gorgeous day. Sunday dawned cold and windy. Yes, layers again. Sigh.

Also, sticking with this spring’s theme, I hadn’t planned to run this race, but when the opportunity to transfer a cheap bib happened, I took it. Nevermind that I was getting up at 2am the morning before to volunteer. Who needs sleep anyways?

I got up at 4am and was out the door to meet some MRTT friends by 5:10am.  I had on one of Jones’ outgrown sweatshirts and a pair of toddler mittens and was quite happy to have them. We got an uber and were at the race plenty early. It was a bit of a hike from the drop off to the start line, but it was chilly and windy and I was happy to be moving.  We hung out for a bit, jumped into various MRTT pictures, and hit the porta potties a few times. There were a plethora of potties, so none of the lines were particularly long. Then it was time to head to the corrals. 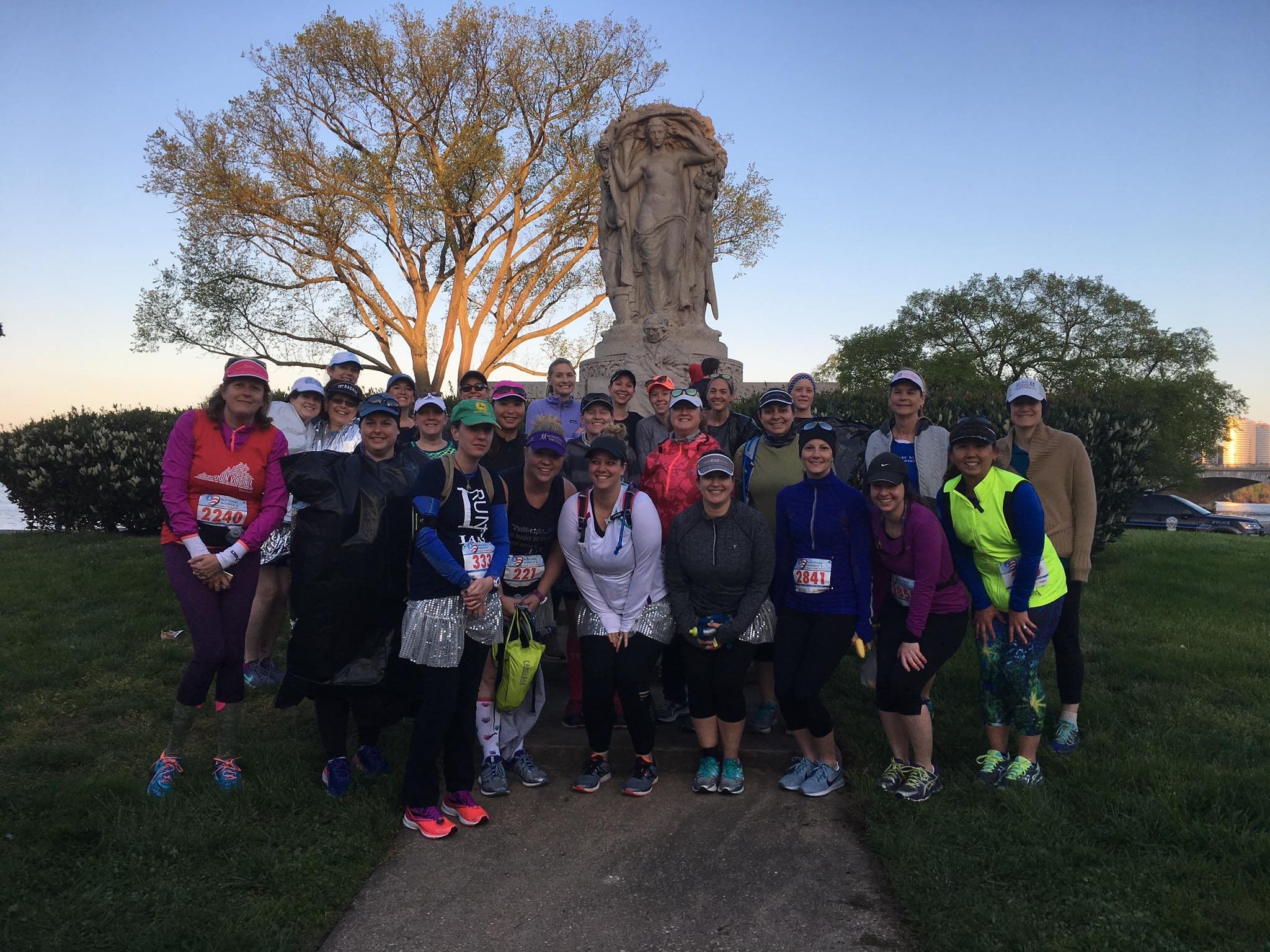 The race was self seeding, so we started around the 10:30 per mile sign, but the crowds pushed forward and I’m not exactly sure where I ended up. The race started and we all moved forward. It was a bit crowded at the start but quickly loosened up. I was running with friends, but when a couple needed to pull off for bathroom stop, I elected to keep going and picked up the pace a teeny bit. At this point, the course was on Haines Point and the wind was whipping. I actually kept on my son’s sweatshirt until mile 4. Despite having run a race the previous weekend, I was feeling good and my legs felt fresh. I just kept trotting along. Between MCM, RNRDC, and various other races, I’d run every step of the course we did before, so there were no surprises. I did nearly get blown sideways by the wind as I went under the Kennedy Center. That was perhaps the most unpleasant part of the whole race.

Around mile 8, the water stop was being manned by Ragnar Ambassadors, including the elusive RagBear. I nearly tackled RagBear with a hug, got some Gatorade, gave a few other hugs, and rounded the curve on Rock Creek back towards the start. When I hit the 9 mile marker, I realized I was feeling great, so I picked up the pace. The next four miles were all mid-9s, which is something I almost never see anymore! In the end, I felt awesome until about the last quarter mile and then it was just all about hanging on to the end. I was shocked to break 2:12. This was my fastest half marathon in 4 years and my 5th fasted ever! 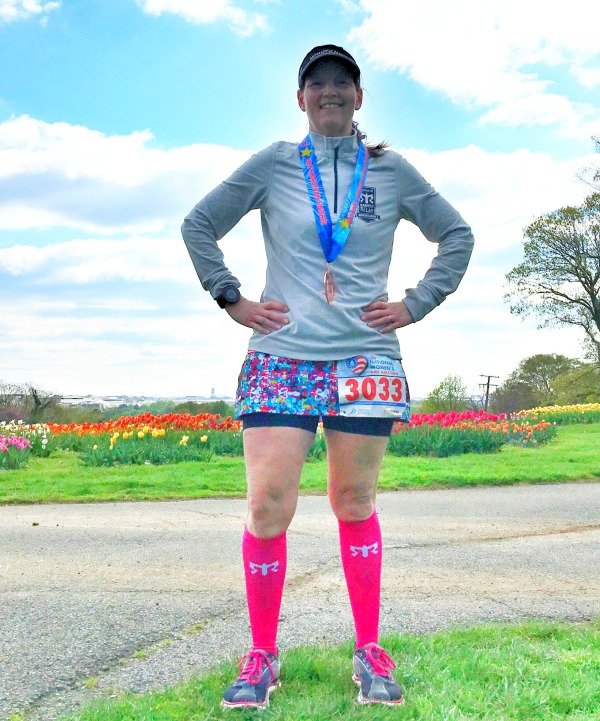 Yes, in fact, I plan to register today for next year when they open. It was well organized for an inaugural race, the price was reasonable, the medal and shirt are nice, and the logistics were pretty simple. 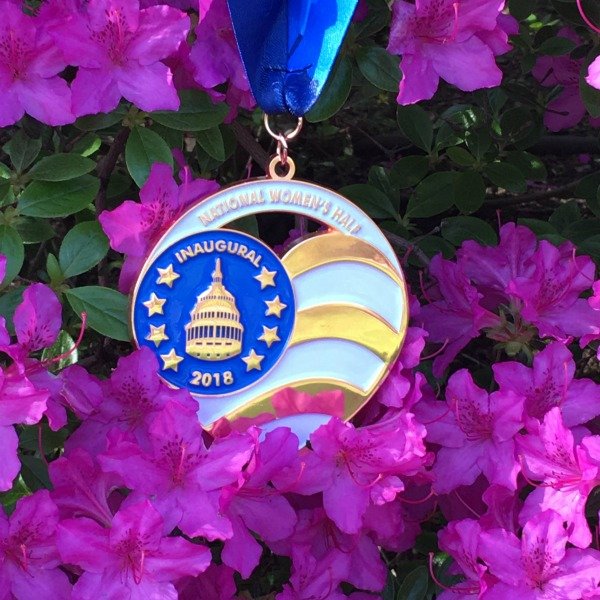