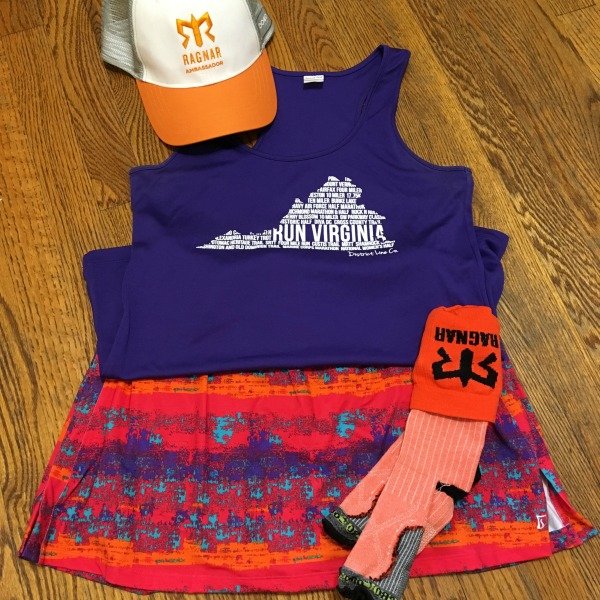 The weather prediction for this race was originally pretty unpleasant – 50s and rainy. But we got lucky and the rain moved out and it ended up being ok running weather, although a bit humid and warm near the end. I stayed in Frederick the night before at a friend’s house, so race morning was pretty easy. 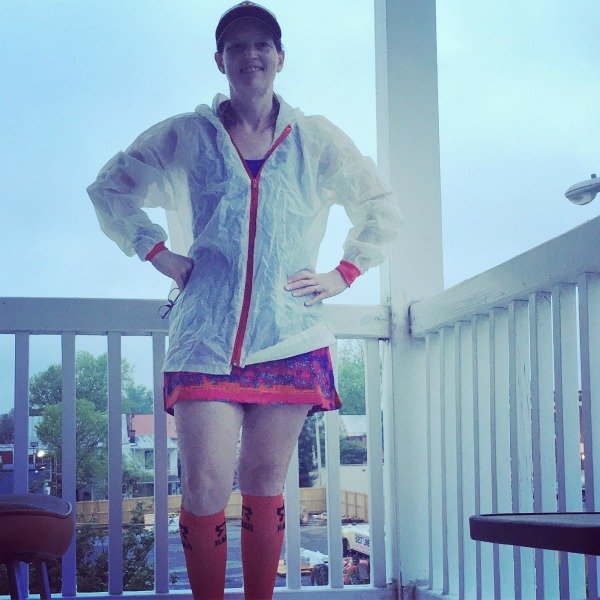 I walked over to the start, arriving 10 minutes early, and ran into another Ragnar Ambassador. A few minutes later, it was go time. 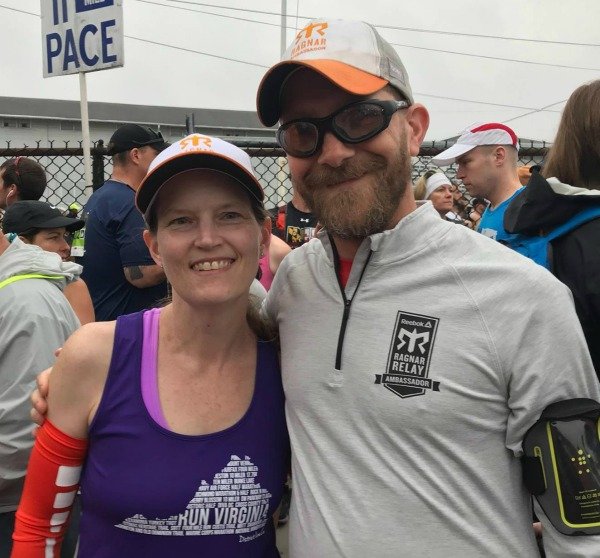 As soon as I started running, I could tell I was tired. This was my third half marathon in 3 weeks, which should not have been a problem, but I had pushed it pretty hard the previous week. My legs made sure to explain to me the difference between running a race and racing a race. Oops. The race pretty much became a battle not to walk. I spent the entire race trying to convince myself to keep moving. 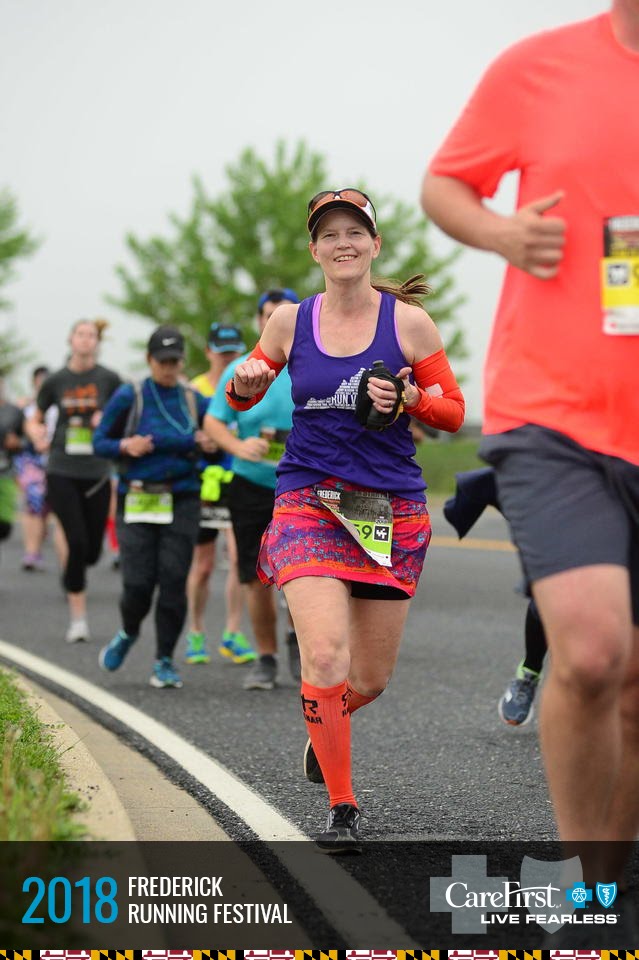 At mile 4ish, there were Dunkin Donuts munchkins. I don’t usually eat during a race, but I decided that if the race was going to suck, at least I was going to have snacks. I didn’t exactly regret it, but they did sit pretty heavy in my tummy. I kept on plodding on. The course was different this year and the last couple of miles included an boring out and back and not a lot of spectator support. But then we came around the corner and we were at the fairgrounds track with just a quarter mile to go. I’d like to say I kicked it in, but really, I just finished. 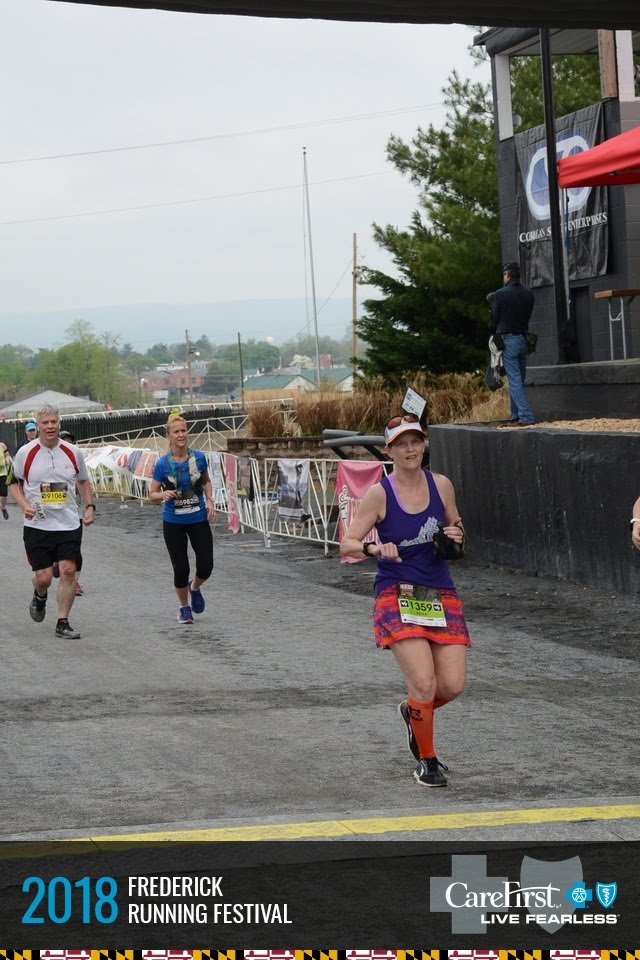 Probably. It gives us an excuse to go to Frederick for a weekend and visit. (We may have hit a couple of brewpubs the night before the race.) The race is super well organized and the swag always rocks. I’m not enamored of the new course and how crowded it felt this year, but neither is a deal breaker. 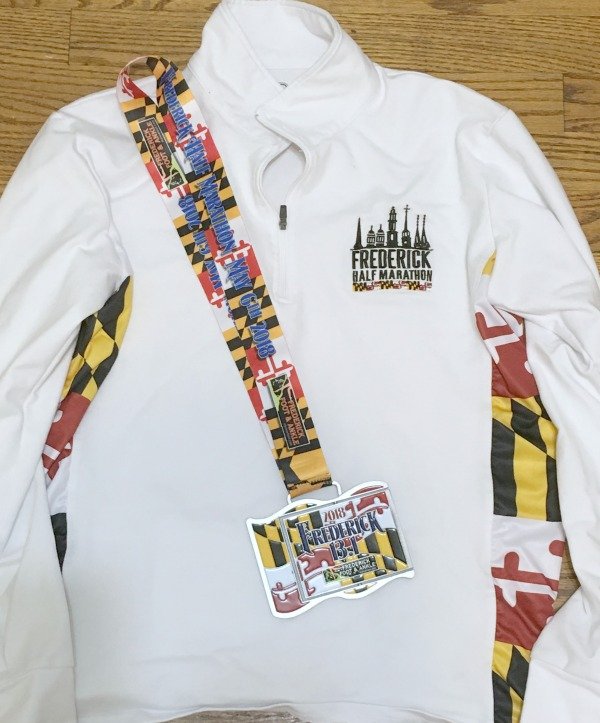 I am currently sidelined with the ankle issue plus a bonus pain in my heel, so I’m not sure if half marathon #76 will happen this weekend or not. No running combined with awful rain for days has me a bit down at the moment. Fingers crossed that a couple of miles on the treadmill will be pain free and provide the endorphins I need LOL.