You are here: Home / Life with kids / Ice Skating, a DNS, and STOMP

Last week was super busy.  My parents were in town, Jones had an evening orchestra rehearsal and an evening concert, Shoo had a soccer game, I had meetings and work, and Beer Geek was sick, so most of the juggling fell to me.  I was happy to see the weekend on the horizon, but it was a busy one as well.

In addition to all the normal crazy, I did three new things this weekend. 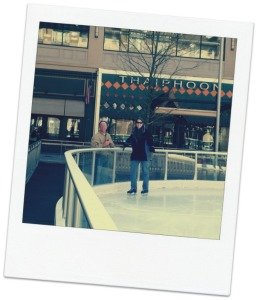 2. I DNS’d a race because of a sick kid.  I’ve DNS’d before due to my own sickness and due to injury, but amazingly, this was the first time in 12 years that I had to not race because of a kid.  I was supposed to run the Cupid Run 5k, but Shoo woke up crying with a sore throat.  Of course, the only time I could get him in to the doctor was right during the race.  Sigh.  (And since Beer Geek was sick, I wasn’t sending him.  And my kids are all about mommy when they are sick.)  Turns out he has strep, so it was a good choice on my part.  I heard that the race was well organized, so hopefully another time…

3.  We went to  see STOMP.  I’d never seen them before and I’m not a huge fan of loud anything, but my parents wanted to take us.  I was surprised at how much I enjoyed it!  As someone with zero ability to keep a beat, it was pretty amazing to watch!

On the training front, last week was a dropback week.  I didn’t mean to drop back as much as I did, but I just needed the break to recover from a cold + I got very little sleep all week.  On the bright side, 12 of the 15 miles I did run were at a pace faster than I usually run.  I’m going to call it a speedwork week LOL.  Jumping back on the horse today to hit my first 40 mile week of this training cycle.

Did you do anything new this weekend?  Got big training plans this week?