You are here: Home / beer / I’d like to thank the Academy…

No?  Ok, I’d like to thank Darlene at My First 5K, Jessie at It’s a Messy Life, and Briana at Mat.Miles.Medals for nominating me.  For what?  For Very Inspiring Blogger.  Thank you to all 3 of you! 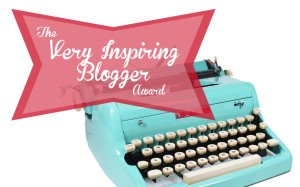 Here are the rules:

I’ll do my best on the seven facts – probably not going to be lot of new info.  That’s what happens when you blog for so many years.  All the interesting tidbits about you are out there…

1.  I ran my first half marathon in 2008 and qualified for Half Fanatic status in 2009 by running two half marathons in 7 days. I ran one or two half marathons a year for the next 3 years. It wasn’t until 2013 that I became truly fanatic and I still blame Kim for introducing me to Mainly Marathons and the multi-day races. 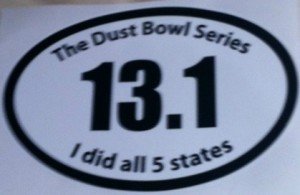 2. Beer Geek and I have known each other since I was in college.  One of the things I liked best about his visits (long before we started dating) was that he brought down Anchor Porter to drink. Apparently beer was an important part of our relationship even before we were a couple.  To this day, Anchor Porter will always bring a smile to my face.

3. Our first cat’s name was Saranac. Our second cat’s name was Pete (named after Pete’s Wicked Ale).  When I was pregnant with Jones, all of our friends wanted me to name him after a beer.  Yeah, no.  I am sad, however, that our current cat’s name is Ella and that there is no beer association.

4. I’m not a fan of summer for a lot of reasons. I hate the heat. I hate the humidity. I hate the light colored beers.  Know what I saw this week? Oktoberfest beer at the grocery store.  This means dark beers aren’t far behind.  Pretty soon my holiday beer hoarding can begin. 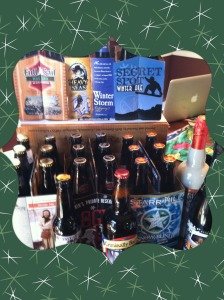 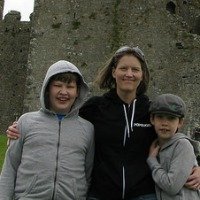 6. My relationship with Beer Geek has had some interesting milestones: 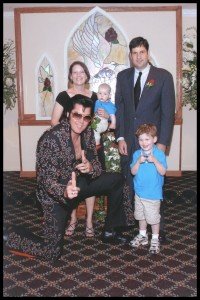 I’m really not sure how we can top this for our 20th anniversary next spring!

7.  Recently Mad Fox bottled a few bottles of my favorite beer.  They had a limit of two per person per visit.  I may have visited enough to score 8 bottles.  SorryImnotsorry. 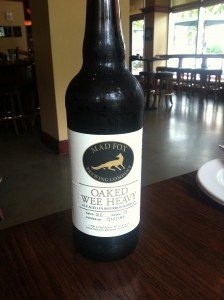 Now I’m supposed to choose 15 bloggers and notify them (that will probably happen, umm, sometime in the next 50 years).  Here you go in no particular order (and it’s as eclectic as you might expect from me…):

Now I need to finish all the stuff I’ve been cramming into this single week of no kids (they are at Camp Grandma and Papa).  So far I’ve scrubbed and re-sealed the grout in one of our bathrooms, worked a bunch of hours at one job, worked a few hours at my other job, run every day! (despite whining about the heat), and finished the Divergent series.  I promise I’ll respond to all the awesome comments on my safety blog soon (but probably not until after I caulk the shower.)  Perhaps I’ll even run a double digit run today, but don’t hold your breath on that.

I know, my life is so exciting…