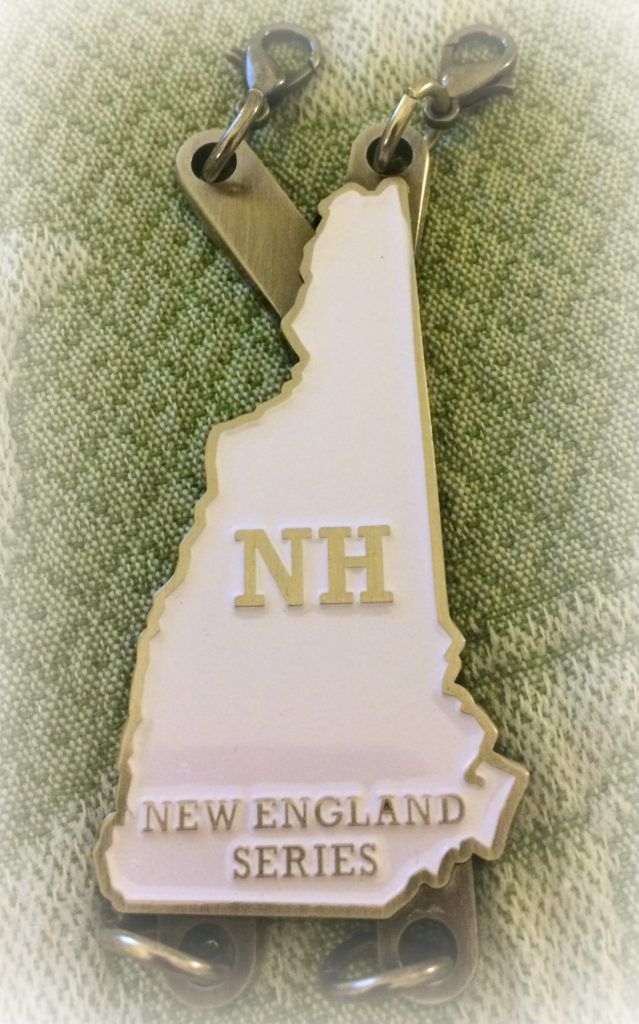 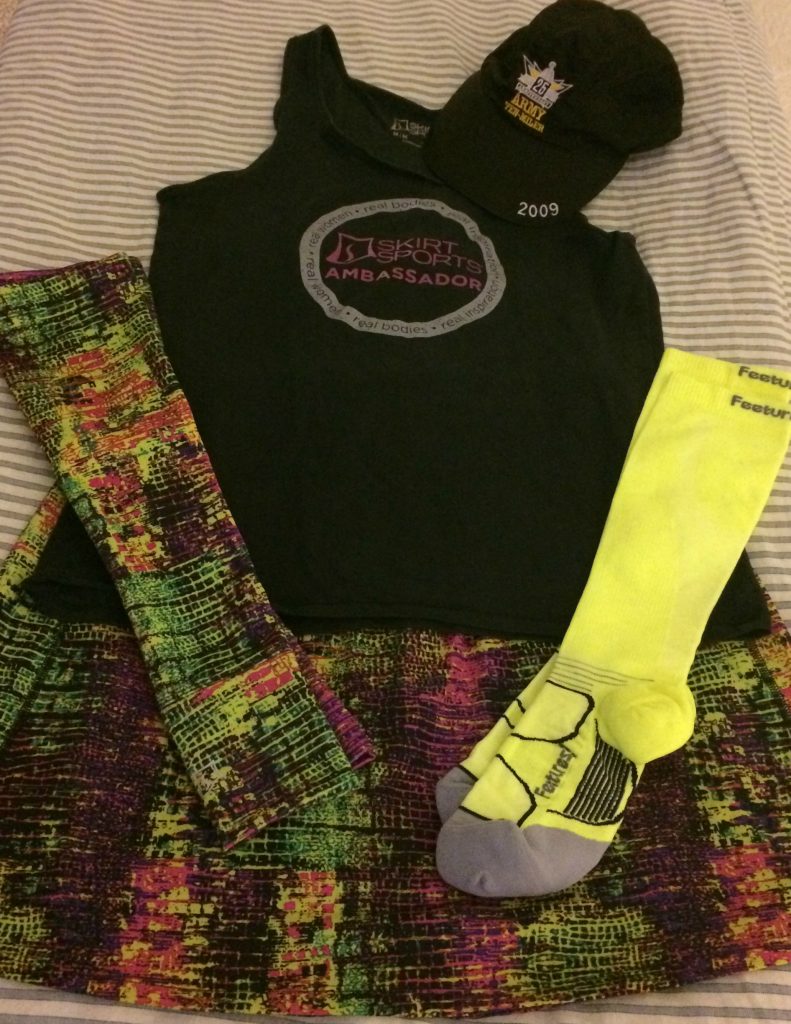 I was feeling a bit tired for this race and the temperature had dropped quite a bit overnight and the winds had picked up. I put on all.the.layers because I was afraid I’d be cold (and ended up regretting this.) This race took place in Greenfield State Park in New Hampshire and would consist of 6 loops. I like even number loops, so that worked for me. 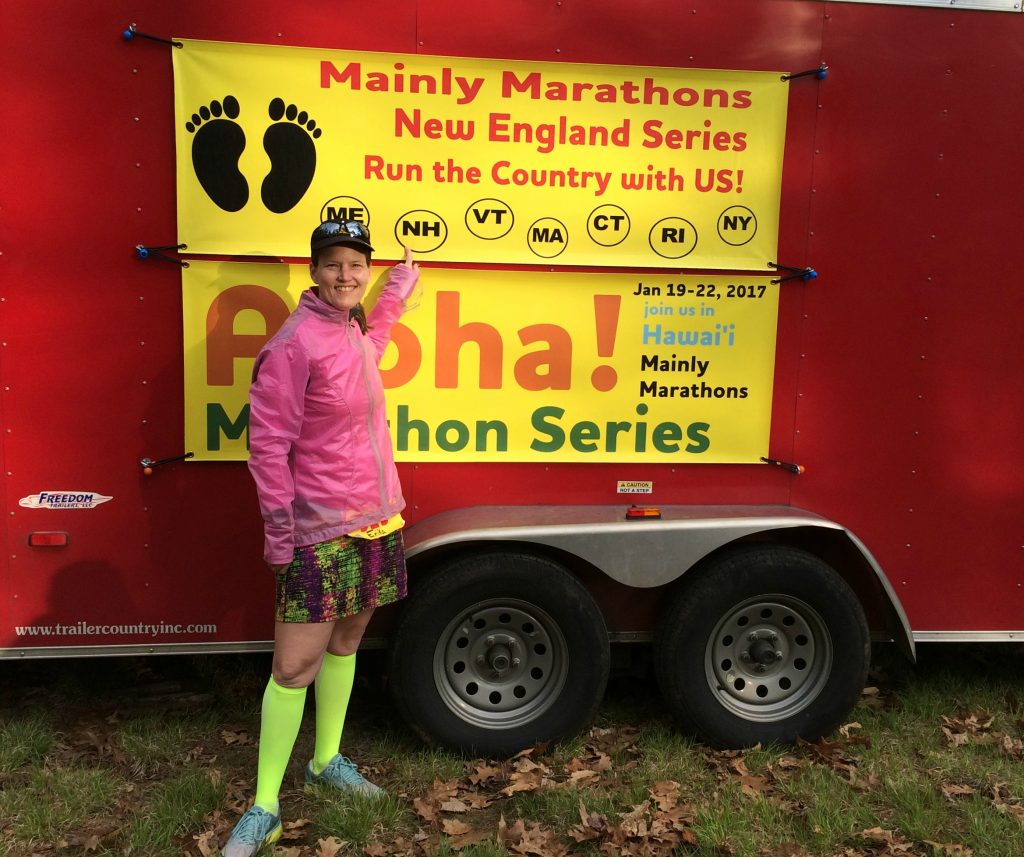 I was excited to see Kim as she and her husband had come out to run New Hampshire and Vermont. 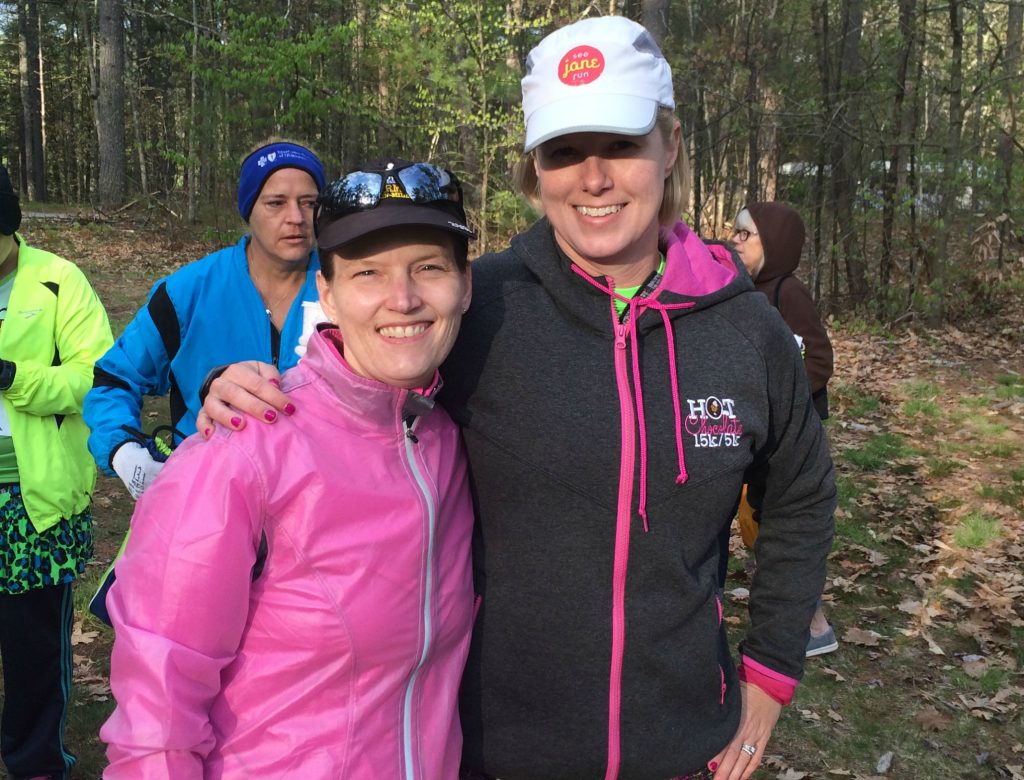 The course had a few spots of challenging footing due to rocks, grass, and gravel, but most of the course was a paved road. There were 3 decent sized hills on the loop, but the rest of the course felt downhill (it couldn’t be – it was an out and back, but it felt like it.) 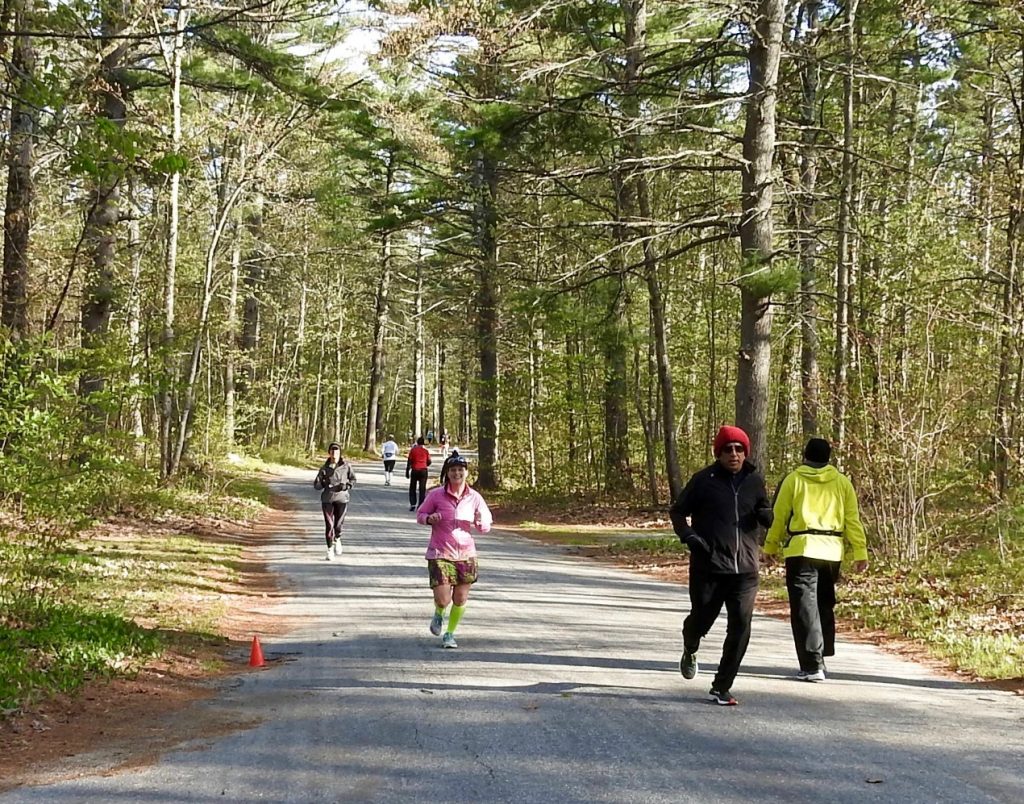 On the first lap, I immediately overheated with all my layers, so upon my return to the start, I tried to take off my arm sleeves. This resulted in a 5 minute wrestling match with sweaty clothes. Ugh. I won’t make that mistake again. 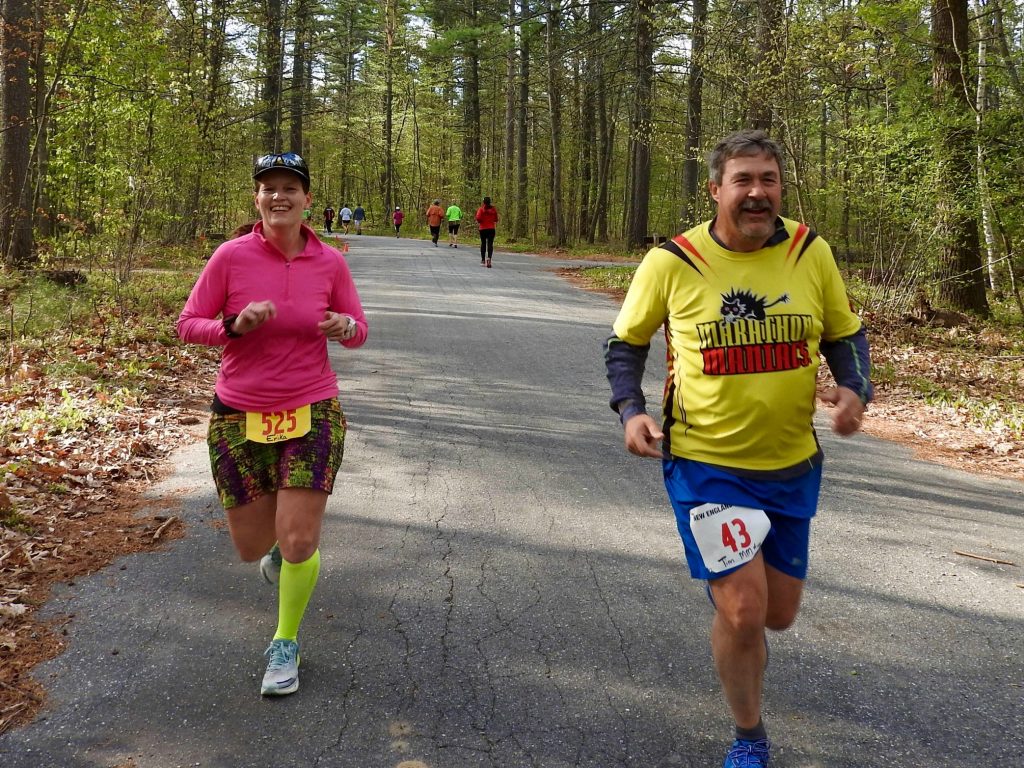 For whatever reason, despite the hills and the wind, I really liked this course and ran a strong steady race. I chatted with a fair number of faster runners, so that pulled me along at a pace I might not have done. I felt great until the last lap and a half – at that point, my quads let me know they did not like the hills. Luckily Beer Geek joined me again for my last lap and helped me keep moving. Thanks to Kim being faster, she got a great picture of the two of us finishing. It was definitely a course I would not mind running again! 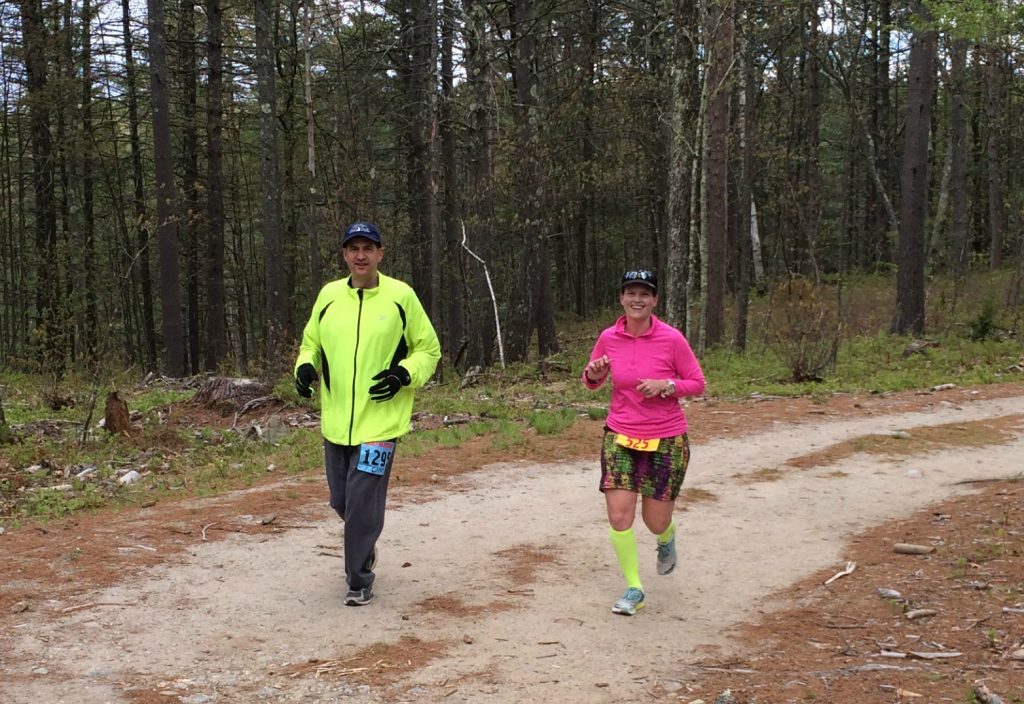 After the race, we were supposed to meet a blogger friend, but her kids were sick. We ended up eating at Harpoon Brewery for lunch. So good! 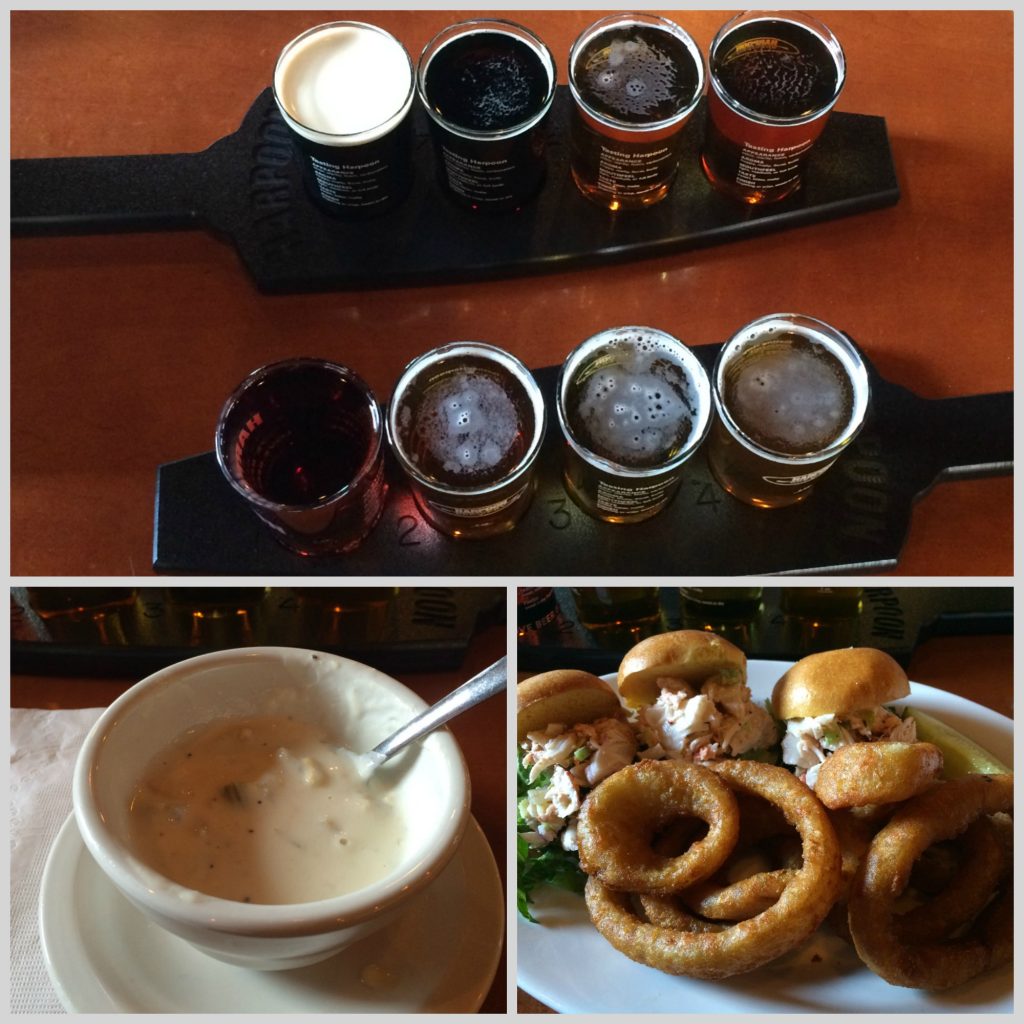 Beer Geek had an agenda, so we spent most of our day driving to the places he wanted to see. I was rewarded for my patience with this by a bonus brewery! 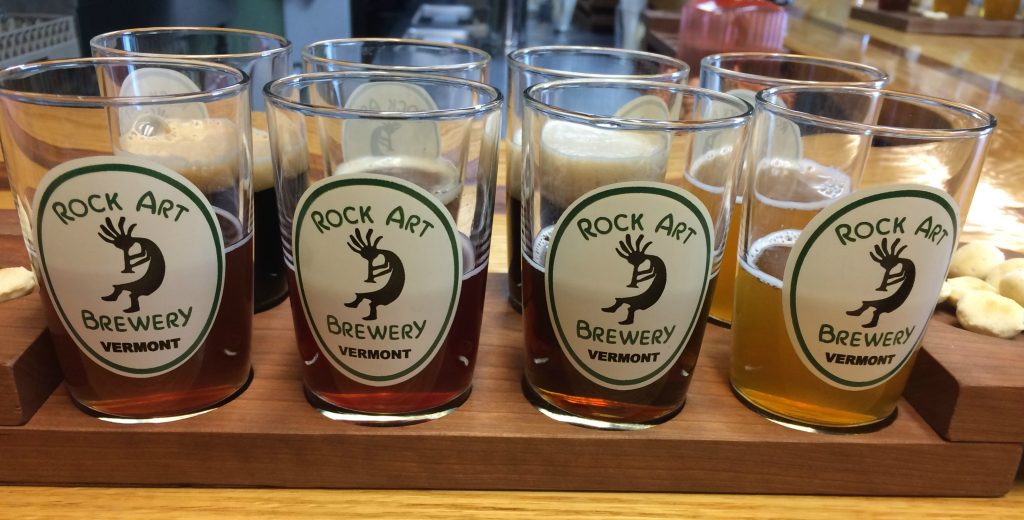 We also stopped at Ben and Jerry’s, but I was too tired for the tour and the line for ice cream was just too darn long. Oh, well, at least we got a few pictures.

I love Mainly Marathons and this was a nice course. I would totally come up here for a vacation and hit the race again for fun. Our plan is to someday do all the Series in one year, but that will have to wait a while. 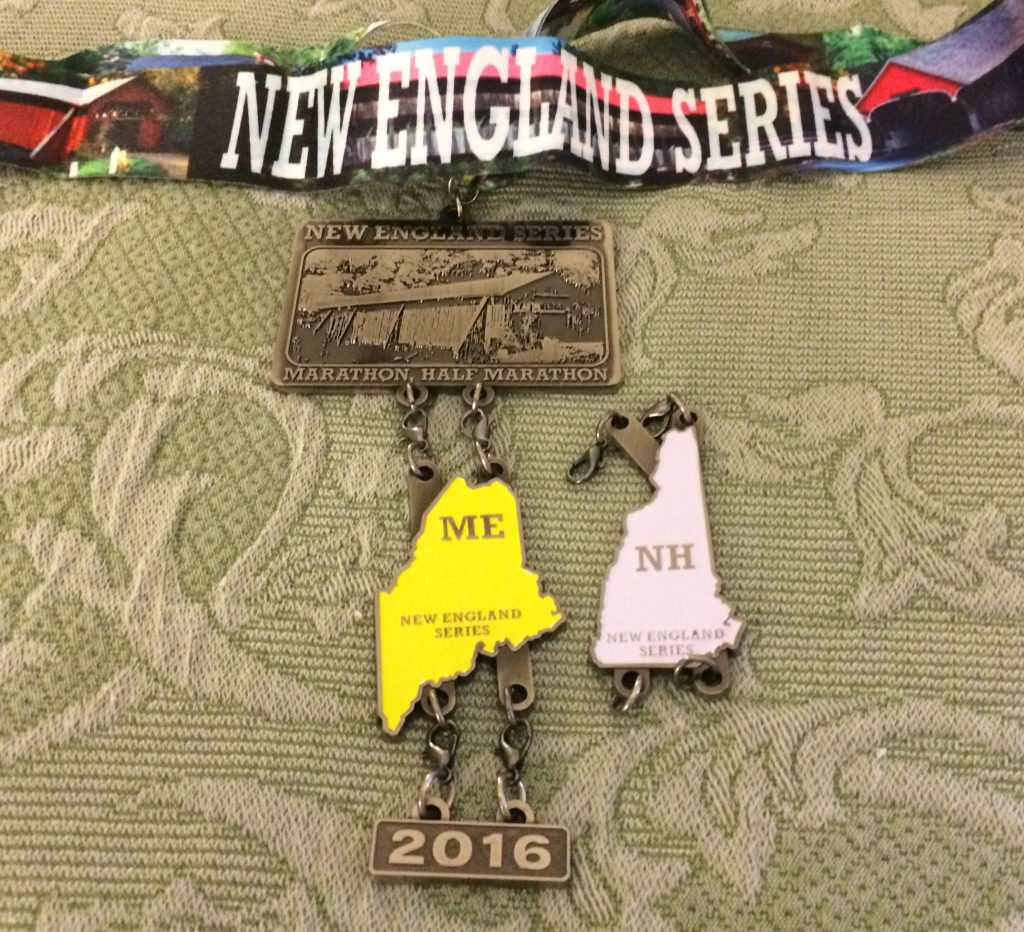