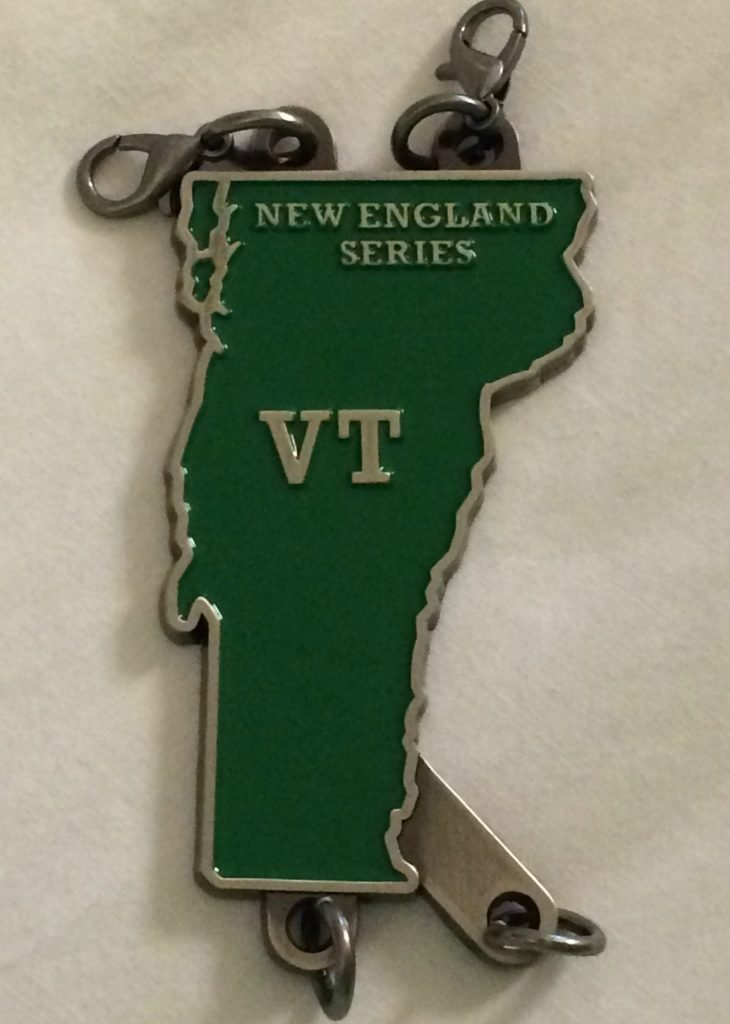 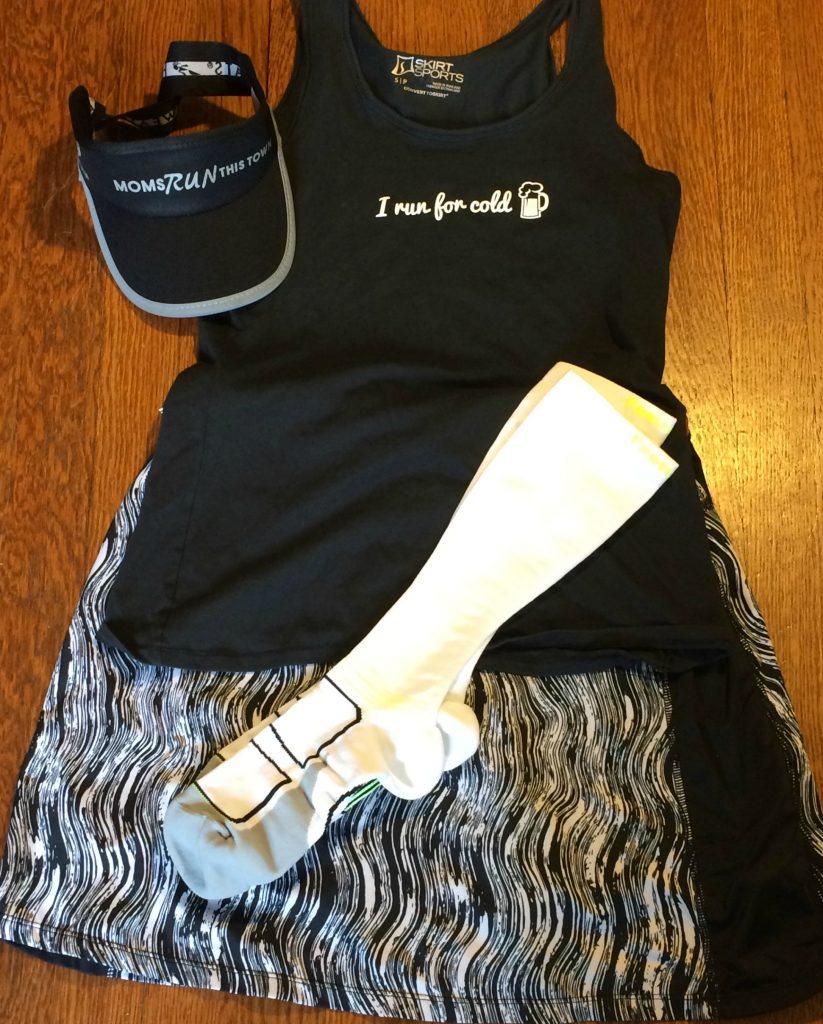 Vermont was state #3 in the New England Series. (Maine recap and New Hampshire recap) After a somewhat fast and definitely hilly race in New Hampshire, I had no idea what to expect when we got to the Vermont course. My quads were tight and sore and I was tired from not sleeping well. It was a beautiful day though and the course was a simple out and back on the Toonervlle Trail, a paved rail trail.  I was happy to see Kim again and planned to just run easy. 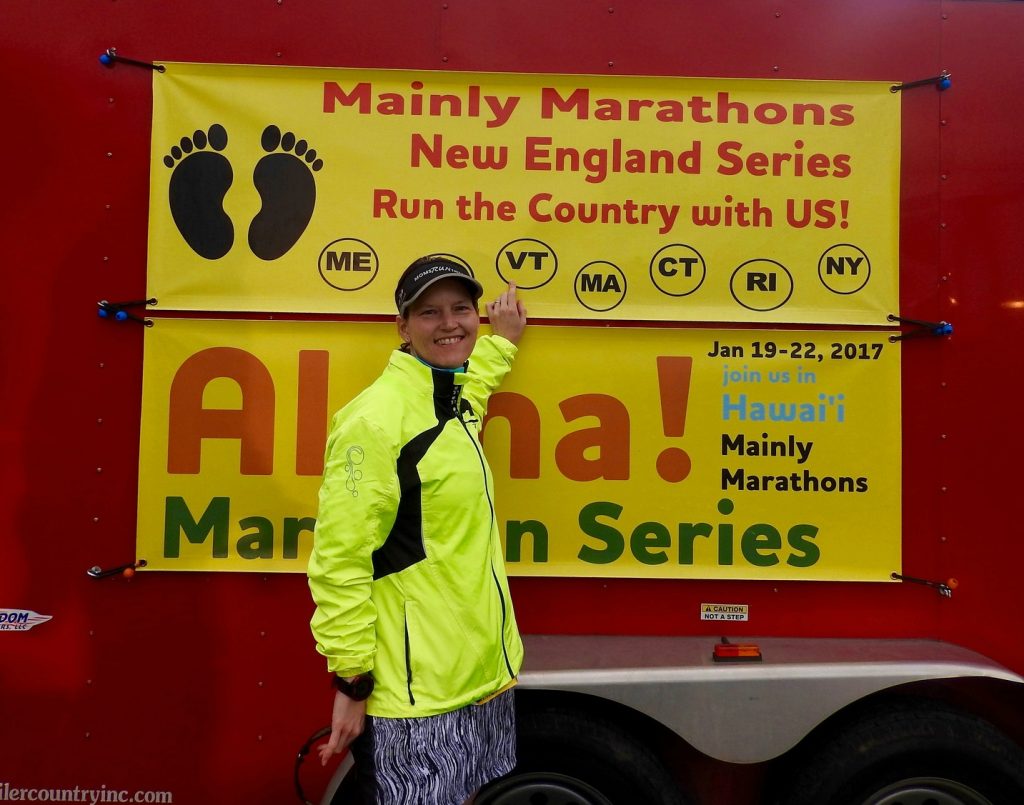 I started the race with my buddy, Nads. (There are a lot of cheers for “Go, Nads” on the course. Say it out loud. You know you want to…) He’s one of the crazies who does all of the full marathons and this series he and another couple of people are doing 50Ks. Yes, I really am the sane one in this crowd. Anyways, he was running a great pace for me, so we ran the first two of 6 laps together. 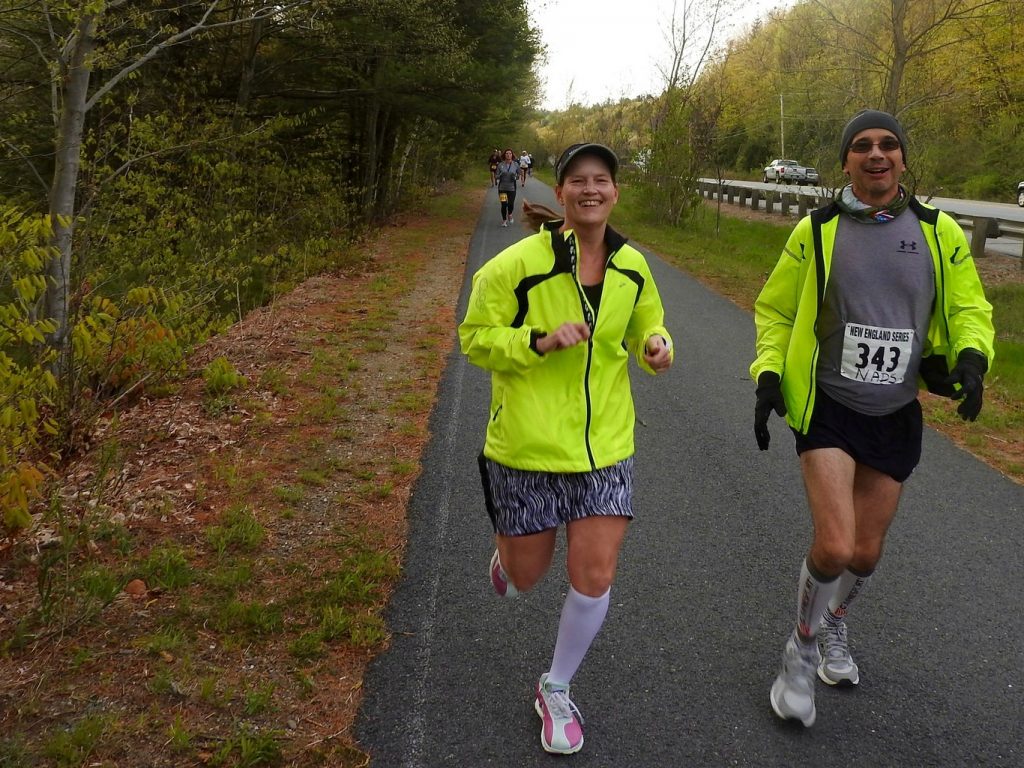 After lap 2, Nads needed a pitstop, so I kept going. Suddenly I found myself running a pretty consistent 9:45 pace. I have no idea where that came from, but this amazing course just worked for me. I kept waiting for my body to decide it was done with that craziness, but I kept feeling good. Beer Geek joined me again for my last lap and I told him I wanted to aim for sub 2:20:00. He helped me push the pace a bit and I realized as we were about a half mile from the finish that I might be able to get 2:15:00. I dug deep and ran with everything I had left. But, damn, I missed it by 19 seconds. 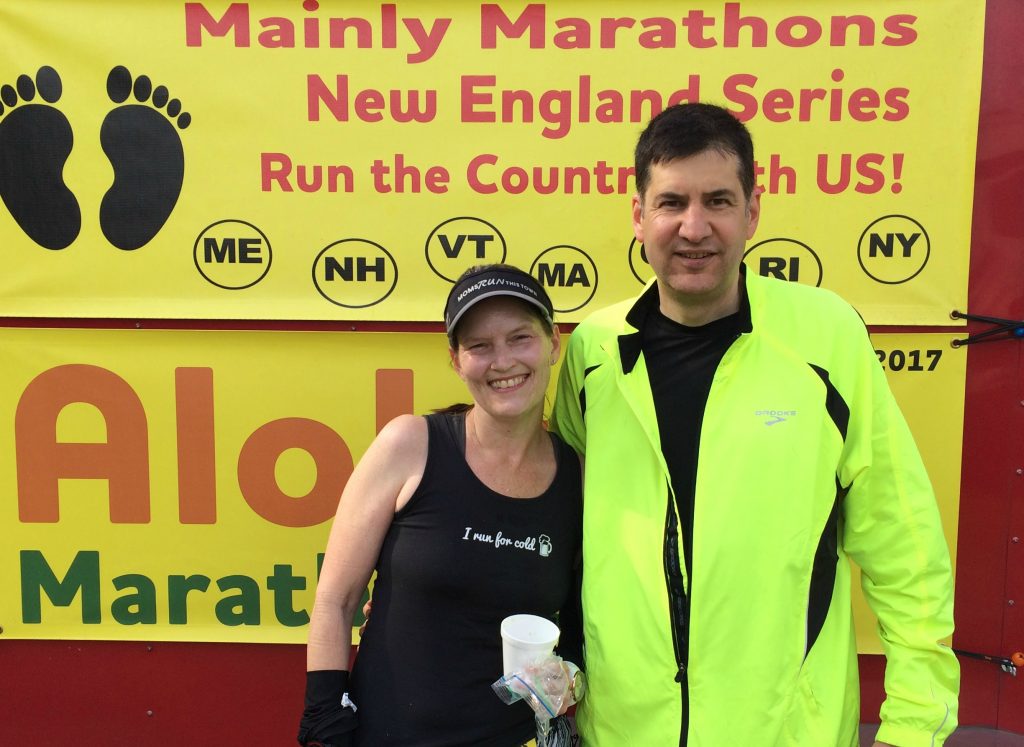 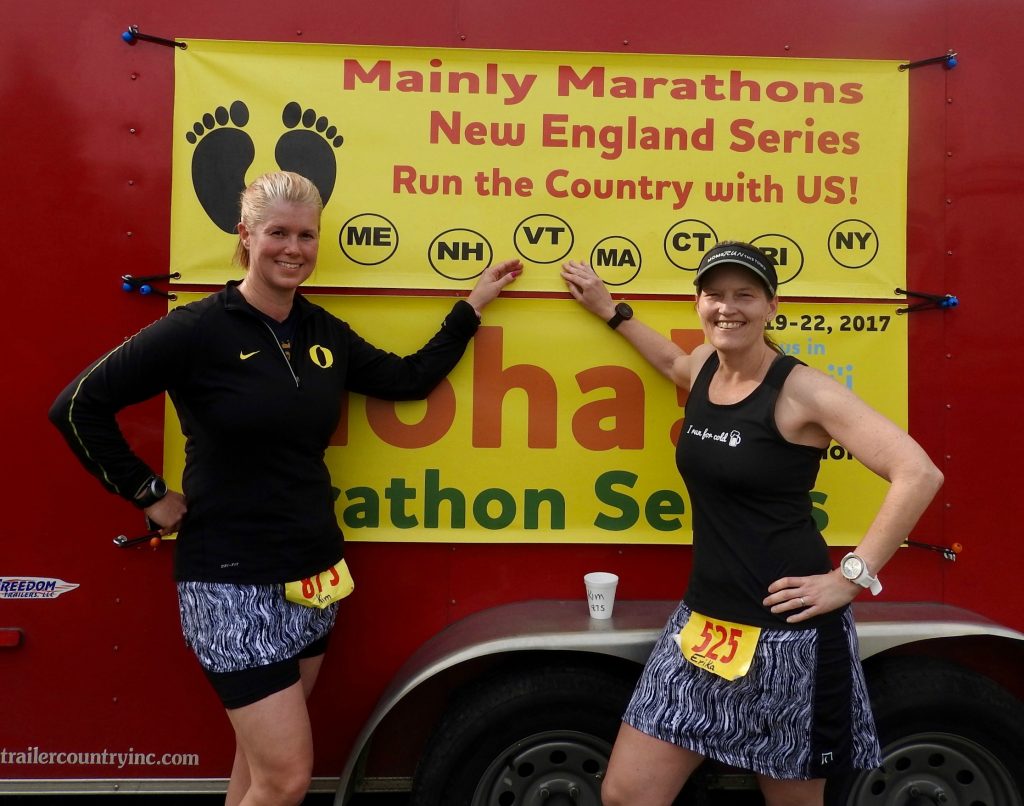 After I finished running, Beer Geek decided to get a massage. I ate a bunch of quesadillas and then headed out for a run/walk lap with a friend. Because, why not?

Then it was time to head to a brewpub for lunch and some sightseeing. 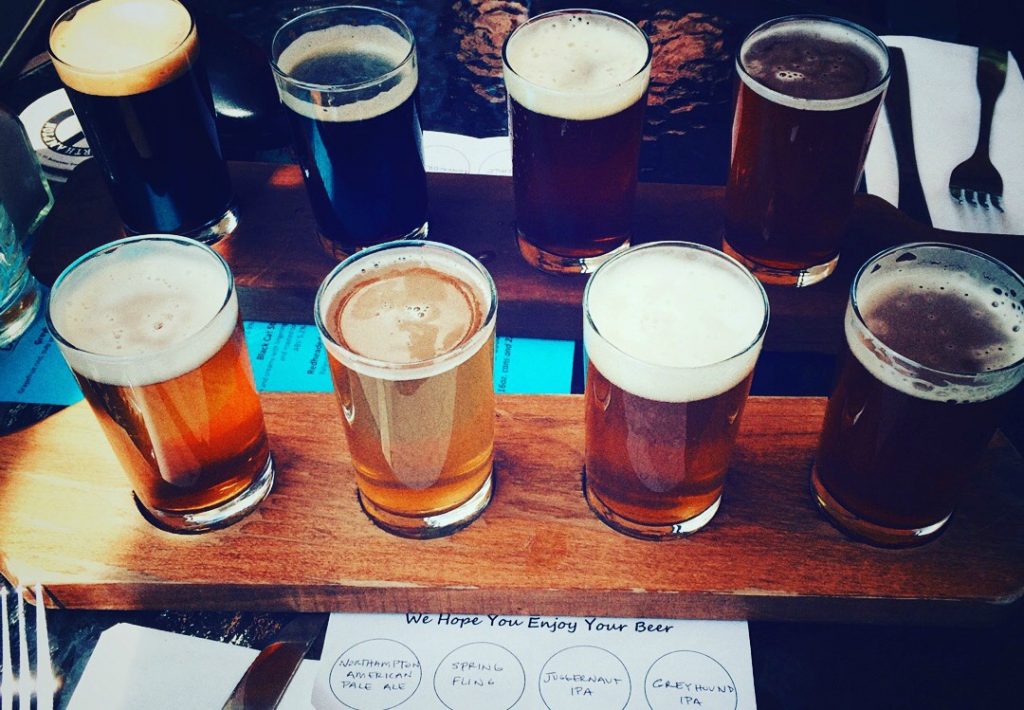 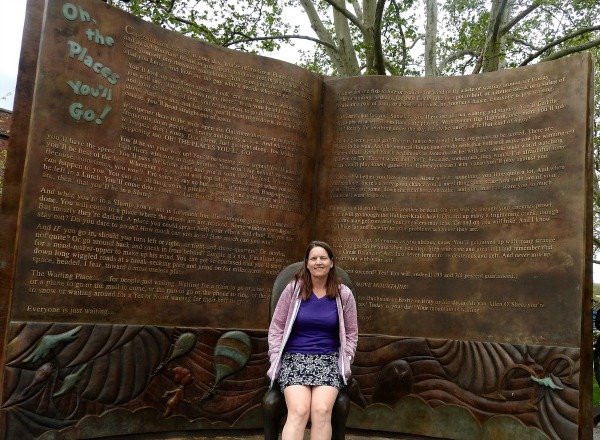 After dinner at another brewpub, we lounged back at our B&B to rest up for the next day. I should have spent more time with my Stick. Just sayin’. 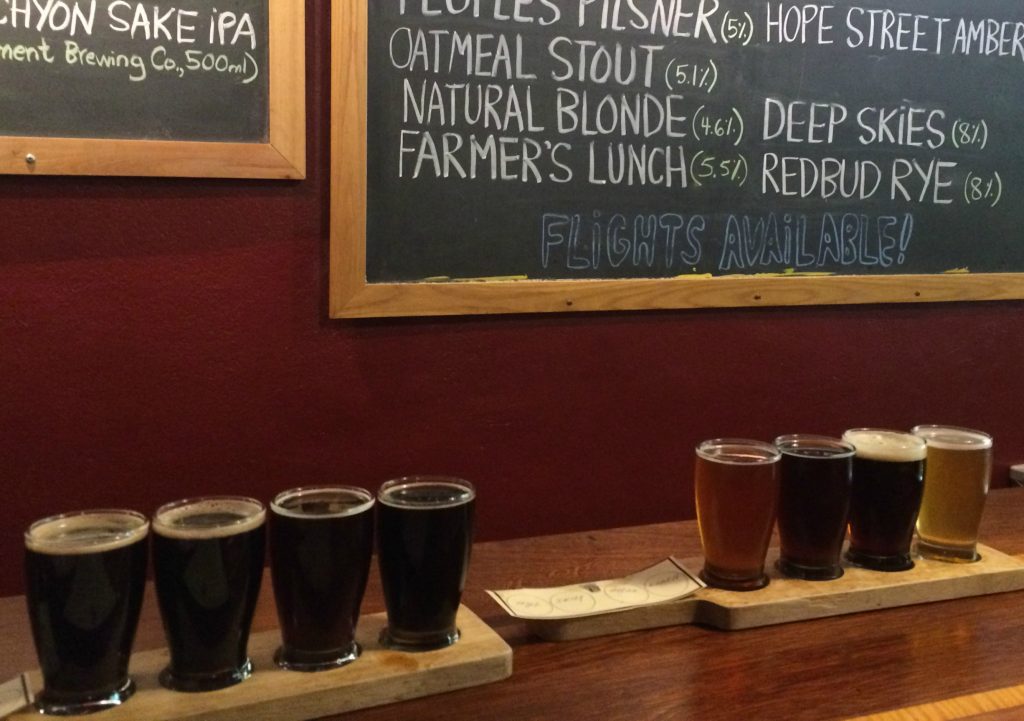 I love Mainly Marathons and this was a fast course. I would totally come up here for a vacation and hit this race. I think I could PR on this one as it’s just got enough ups and downs to keep legs fresh. 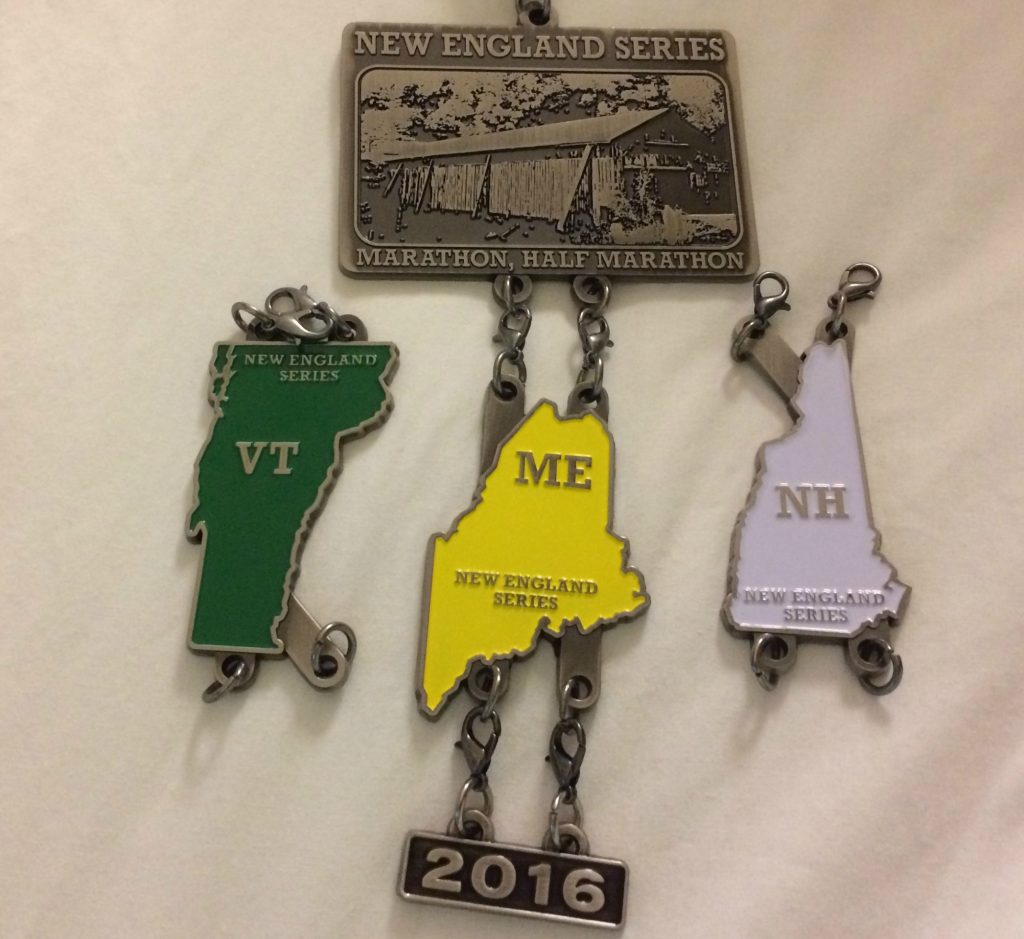